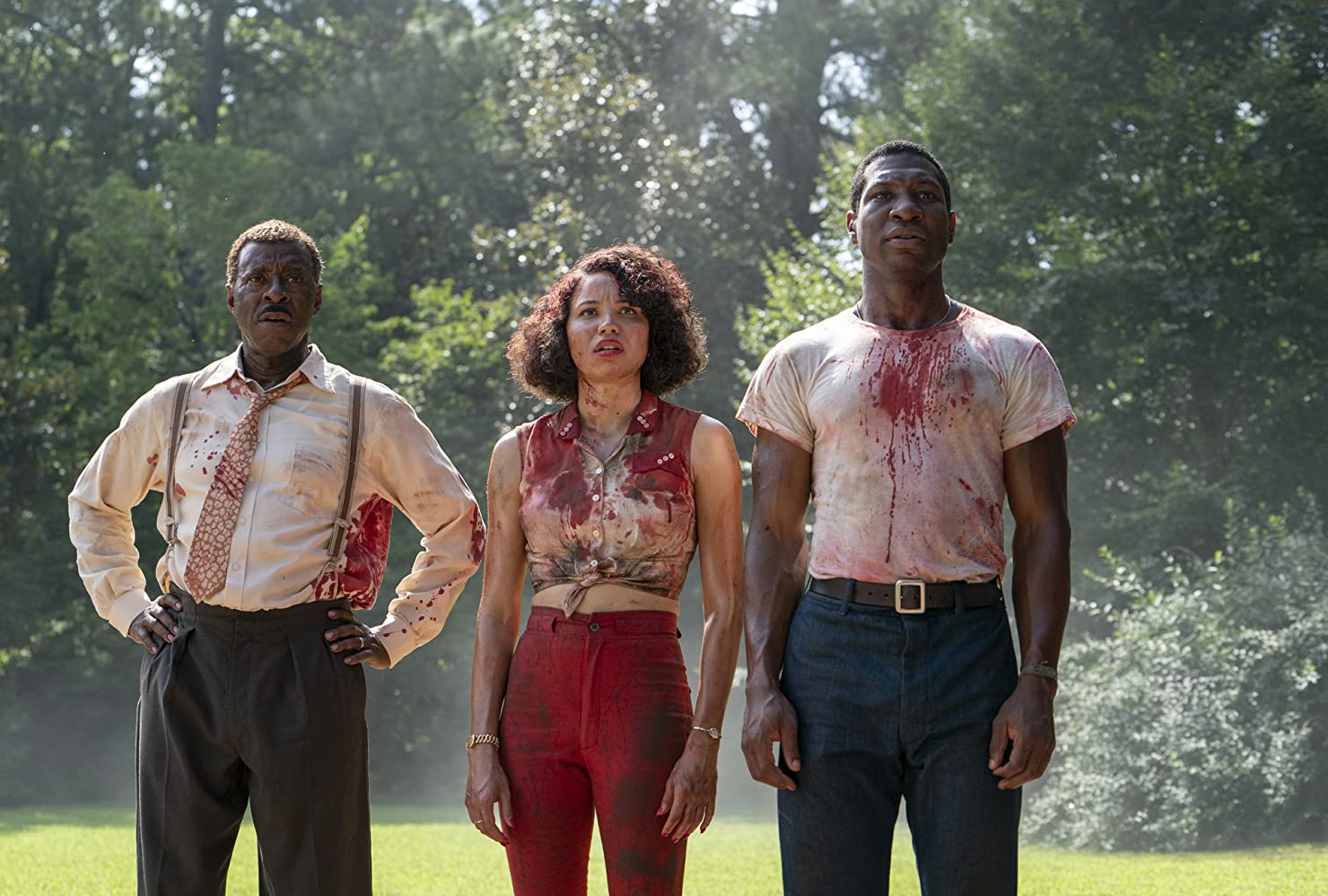 As if 2020 wasn’t scary enough, Misha Green, Jordan Peele, and J.J. Abrams have teamed up to give us human monsters (in the form of racist bigots in 1950s America) and H.P. Lovecraftian (sci-fi writer and known racist) horrific creatures. In a world where just being a Black man or woman in Jim Crow country was scary enough, the team behind Lovecraft Country has ratcheted up the scare factor by adding in the supernatural and grotesque monsters that lurk in the dark. What’s even scarier is that if you stripped away the “period drama” aspect of it, this very well could be present-day America. The fears are still the same.

In episode 1, “Sundown,” we are introduced to our main characters, Atticus Freeman, Letitia Wright, and Uncle George. Atticus (played like the character was made for him by Jonathan Majors), a Korean War vet, embarks on a treacherous journey with his friend childhood Letitia a.k.a. “Leti” (played Jurnee Smollett, who absolutely steals the show) and his Uncle George (Courtney B. Vance) to save his father (Michael K. Williams) after receiving a mysterious note. We get a little back story on each of the characters as they gear up for the trek — Atticus has a strained relationship with his father, Leti seems to be the black sheep in her family but is also a strong, free spirit and Uncle George and his wife and daughter run the publication of the “Green Book,” a travel guide for black travelers during the period. The book is important because it serves as a guidebook and cautionary tool to let blacks know what places are safe for them to travel to. And this is where the title of the episode comes into play. 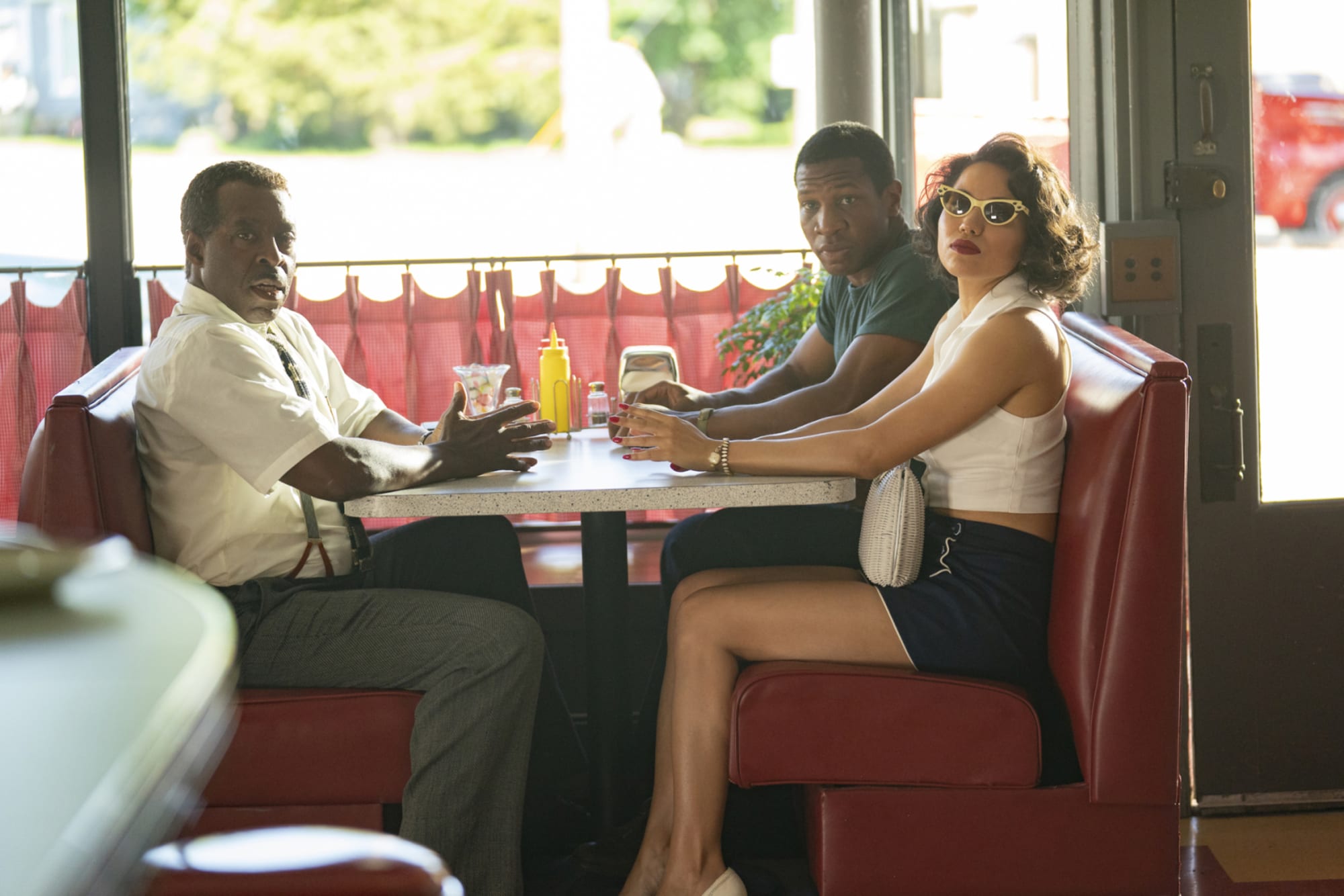 Back during the Jim Crow era, there were towns known as “sundown towns,” meaning that black people were not welcome there, especially after sundown when their safety was no longer guaranteed. In this first episode if when we are also exposed to the evils of the police force and how they often perpetuated the racial violence and fear tactics used against Blacks. After a run-in with a local sheriff as sundown approaches, the three are then trapped in the woods running for their lives from the cops when the real monsters (or maybe “literal monsters” is a better term since the “real” monsters are the bigots who perpetrate violence in the name of racial superiority) appear. In the end, the trio is saved by a mysterious “white savior” and her supernatural powers.

In episode 2, “Whitey’s On the Moon,” we pick up with the trio recovering from their horrific night in the luxurious surroundings at the Ardham Lodge with their sketchy hosts. It is here when we are introduced to the cult or secret society, and it is unveiled why Atticus was saved and the cryptic plans that the group has for him in their “Sons of Adam” ceremony. This episode is filled with suspicions, witchcraft/magic, deception, and secret society rituals.

“Whitey’s On the Moon” also gives us a sneak behind the curtain on Christina Braithwaite (Abby Lee) and her elusive father Samuel (Tony Goldwyn) and the power he seeks. The three also continue to find clues that help them to find Atticus’s father. This episode is filled with impressive special effects, and even somewhat funny tables being turned when Atticus learns this is all a part of his birthright, and we are given a peek into the backstory with his mysterious mother’s history. By the end of the episode, to escape Ardham Lodge, Atticus must make a pact with the “devil” and choose between his Uncle and his father. This episode deals with family and generational trauma with such nuance. 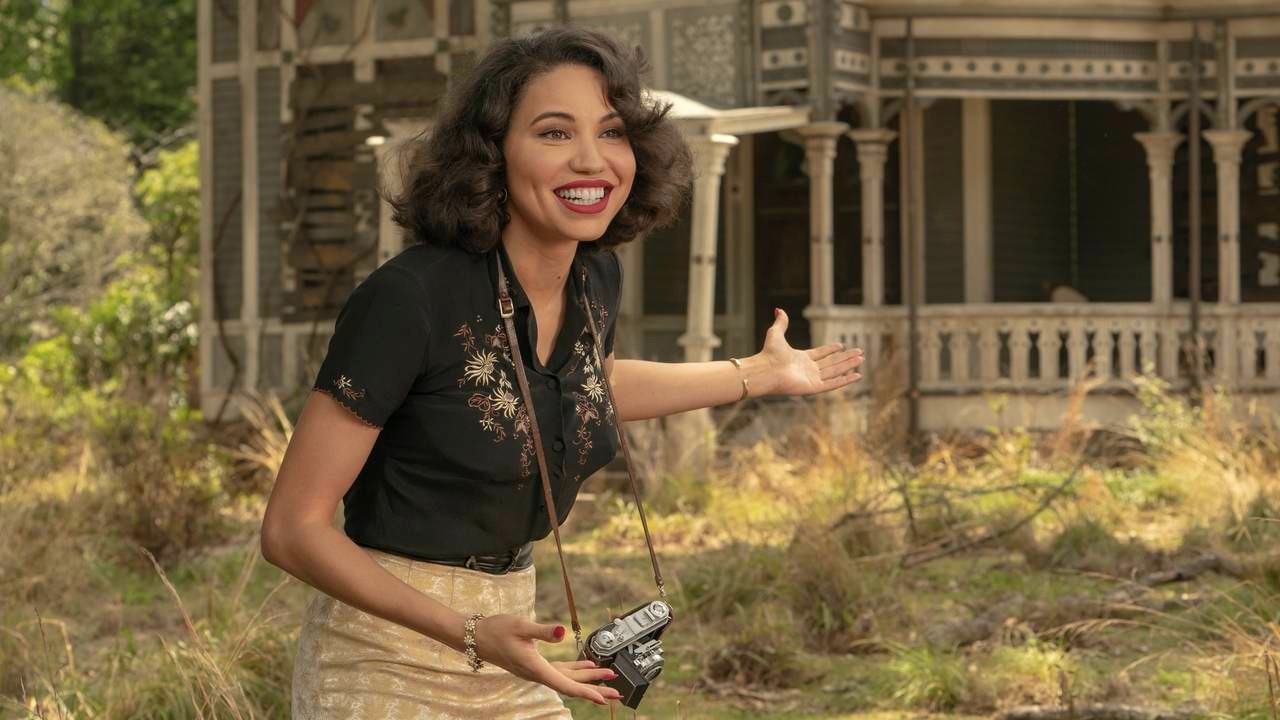 By the time we get to episode 3, “Holy Ghost,” the group is dealing with the loss and trying to pick up the pieces and move on to regain some sort of normalcy. Leti has inherited some money from her late mother (a point of contention between her and her sister who got nothing and Leti didn’t even speak to their mother) and decided to buy a fixer-upper in a white neighborhood. We know how this plays out. The white folks in the neighborhood torment Leti and her residents night after night until she’s had enough. The scene where Leti unleashes her frustration and pent-up rage is pure sensory elation. The mix of the music with the way the scene was shot and Smollett’s acting was flawless. But her neighbors aren’t her only tormentors. Leti and Atticus find out the house itself is haunted as they uncover the tragic history of the place they call home. The two uncover the fact that the house used to be the residence and “house of horrors” of a white doctor/”mad scientist type” who abducted Black people from surrounding neighborhoods and did unethical and horrendous experiments on them.

Again, the monsters in this story are the people. And things like this really happened during the first half of the 20th century. But the episode is all about getting the truth out and telling the stories of this Black men and women who have been erased and forgot through history but whose names need to be said, not unlike the “Say Her Name” movement. Until we tell their story, say their names, and get justice for them, they will continue to haunt us. It’s in this episode that the sexual tension between Atticus and Leti (that on-screen chemistry…whew) finally boils over too, and we realize that the persona that Leti portrays may be somewhat of a facade.

So far, Lovecraft Country has given us monsters, both human and mythical, generational trauma, a first-hand look at the daily fears of Black folks during the Jim Crow era, birthrights and legacies all brought to life with superb acting, excellent cinematography, and set design, costuming and a soundtrack that transports you back in time while keeping you grounded in the present parallels. And Green’s knack for writing complex characters (especially strong, complex female characters), trauma, and timely period dramas is the real star of the show. There is so much history (often unspoken in mainstream society but well-known within the black community), and it’s all put on display in a way that makes this a can’t-miss series. 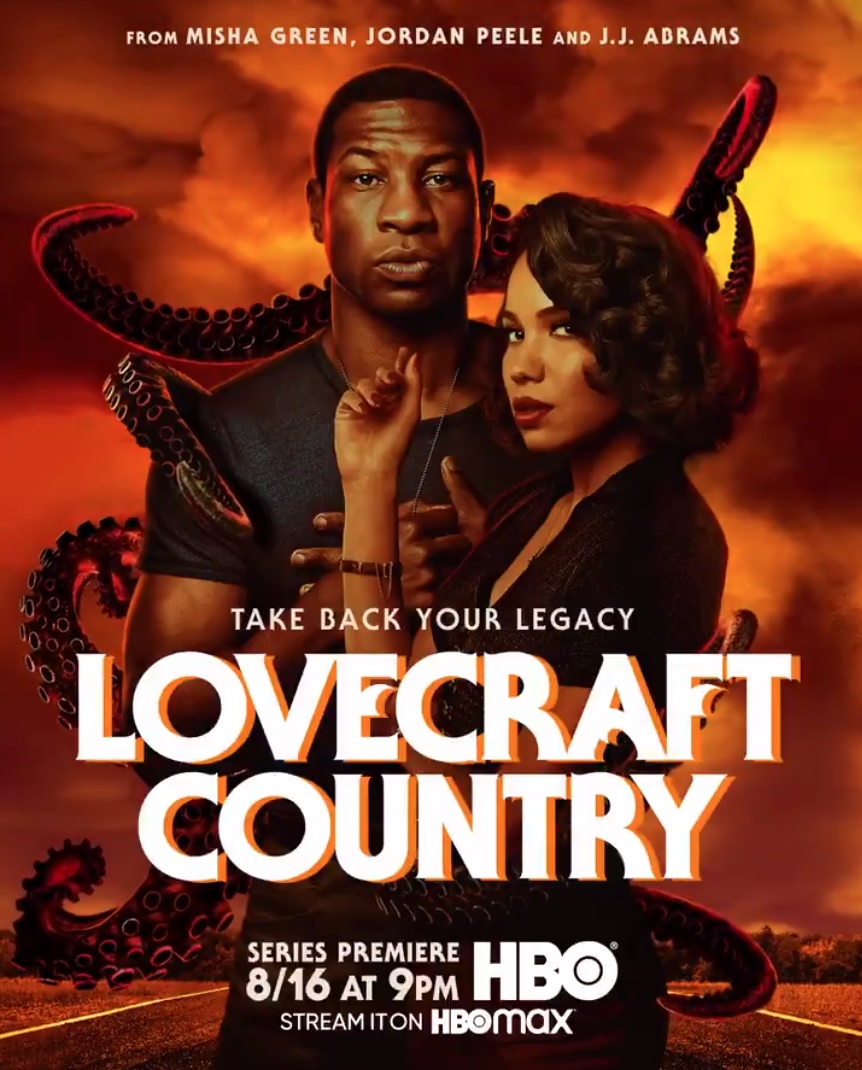 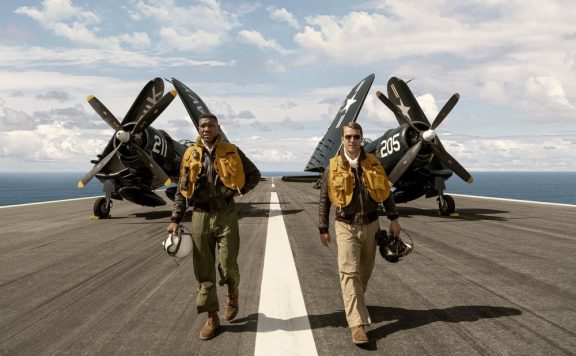 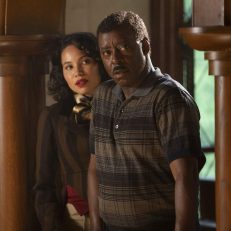 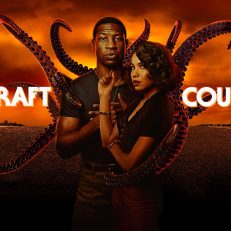 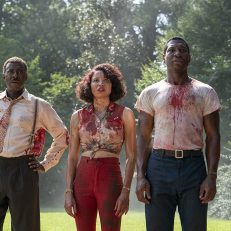 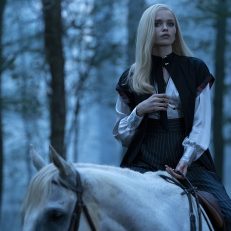 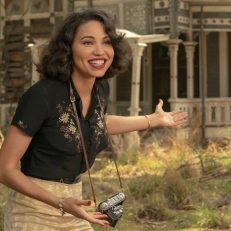 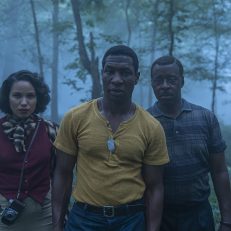