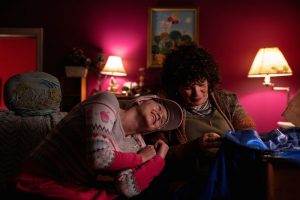 Lifetime’s latest true crime movie Love You to Death is based on the real life case of Dee Dee and Gypsy Rose Blanchard. In this Munchausen Syndrome by Proxy situation, Camille (Marcia Gay Harden) keeps her daughter Esme (Emily Skeggs) in a wheelchair on a feeding tube, despite doctors assuring her Esme is not sick.

In order to escape, Esme enlists a boy (Brennan Keel Cook) she meets to help her kill Camille and escape. Love You to Death tells the story twice, first from Camille’s perspective and then again from Esme’s. Harden and Skeggs spoke to WLE about the two parts of the film. Love You To Death premieres Saturday, January 26 at 8PM on Lifetime. 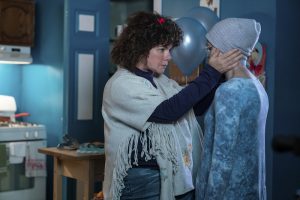 Marcia Gay Harden: The first part is really not truly even Camille’s perspective I believe. I think it’s more the audience, the world’s perspective. If we looked at you, this is what it would be ‘cause you never go interior with Camille. You never go into her brain like that.

Emily Skeggs: I felt like every moment was different. My true desire is that the audience walks away questioning everything, that there’s moments of vulnerability that you see in the first part that hopefully reflect in the second part in a way where it makes you think twice. Is it really? Did she really feel that trapped or did she actually enjoy this abusive relationship in some way? Or love the trips to Disneyland and so she said sure, I’ll have a feeding tube. I think I want the audience to walk away having an understanding of the complexity of it and all the things they thought they knew about Munchausen and Stockholm syndrome and all these big ticket names, they actually don’t know a lot about. I want people to question things. 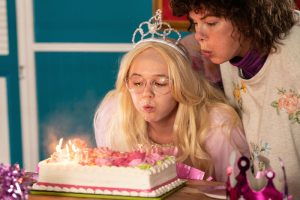 Marcia Gay Harden: I think there’s a lightness and innocent in the first part and more scheming in the second. The same would be true for me. It’s a really interesting Rashomon in the story and I feel like it’s the kind of thing you want to see twice. People are going to want to see it and then go, “Wait a minute. Let me go back to that first moment.” When you go back and look at it, you would notice that in the [first] part, I’m much more benign and much more laughing, many more smiles. 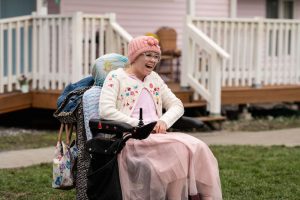 Emily Skeggs: That was part of what made the project so exciting to me to begin with I think, because the character itself is so complex and interesting and there’s so much to dive into there. And then we also have the responsibility of presenting them from different facets. I feel like they’re little diamonds that you turn and you see them in different lights in a way, which was a really fun thing for me. 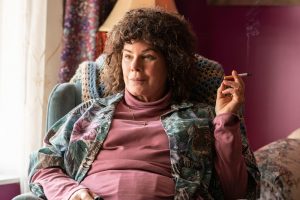 Marcia Gay Harden: In the second part, she’s definitely more domineering, more controlling, more evil, rougher. The language sounds a little bit rougher because that was her perspective. But tell me, what teenager isn’t? When my kids describe me, oh my God. They’ll be like this. They drop a towel and I’m like, “Guys, make sure you pick your towels up.” “Stop screaming!” Dude, that’s not screaming. Let me tell you what screaming is. I mean, I think always youth has different perspectives, different descriptions, different memories of people. Kids will always describe their parents as harsher so I was very interested in their collusion and their culpability. Again, I think we imagined what we thought it might be. 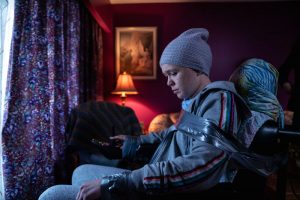 Emily Skeggs: And we probably will never truly know exactly what happened or be able to understand it because she’s gone. The only person who we have is in jail and she’s obviously not going to, you know. She’s saying it all.

The Two Perspectives Of Love You To Death