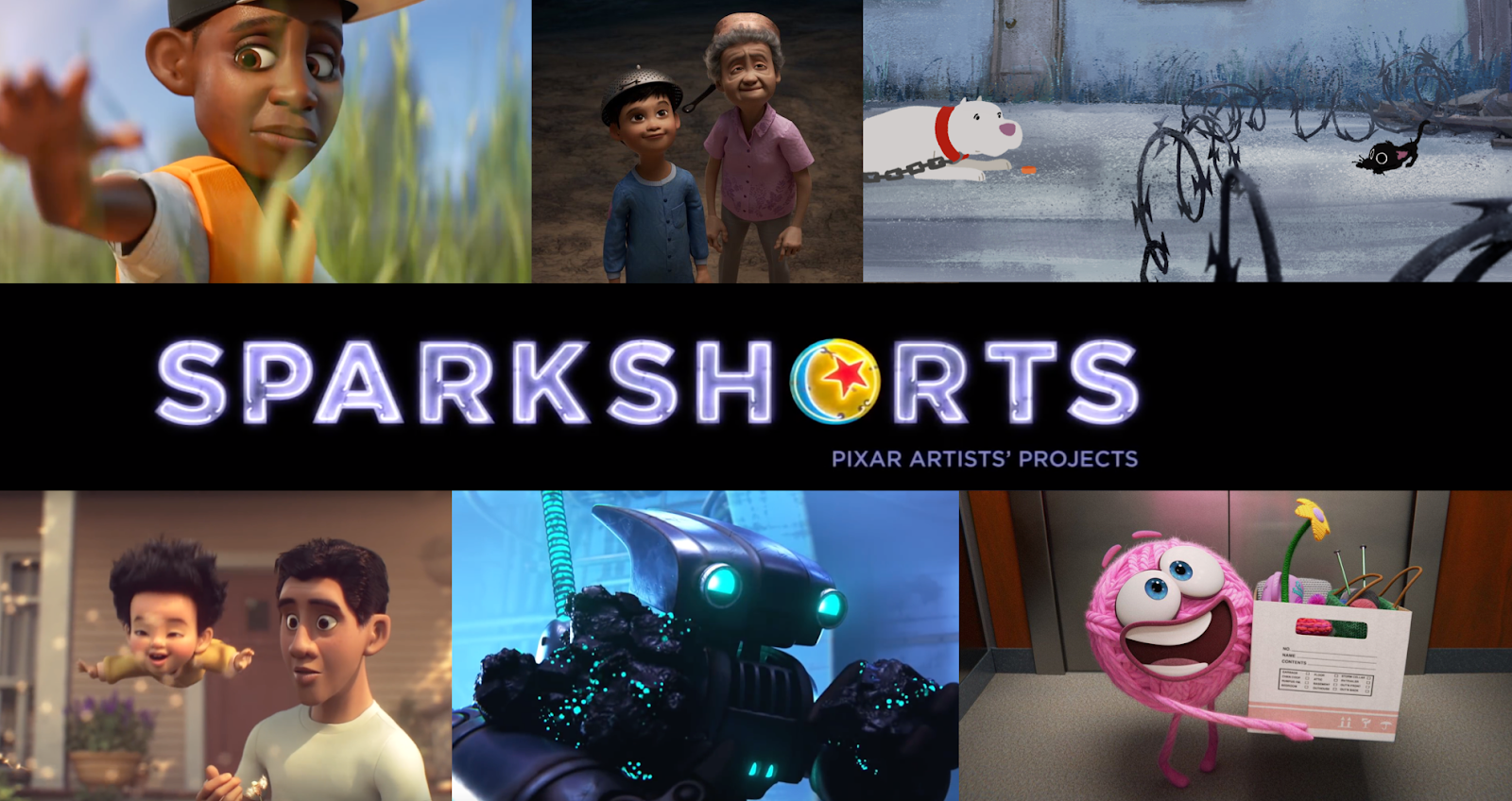 Unfiltered Voices is what Pixar’s SparkShorts are all about.

We all know that Pixar, as a studio, is in a league of its own. The studio, which started in 1979 as a division of LucasFilm, has become quite the gamechanger for animation and storytelling. Pixar prides itself on remarkable visual storytelling with extreme attention to detail. The studio has proven that taking time to produce quality content is a winning formula especially when everyone who works at a studio is passionate about the work that they are putting out.

Last week, I had the extraordinary privilege to visit Pixar for the second time. While the majority of the trip was dedicated to Onward, which will open in theaters on March 6, 2020, there was a special panel dedicated to Pixar’s SparkShorts which will be premiering on Disney Plus starting November 12. The panel was an in-depth conversation with the filmmakers who directed Float, Purl, Kitbull and Smash and Grab. Bobby Rubio (Float), Rosana Sullivan (Kitbull), Kristen Lester (Purl), and Brian Larsen (Smash and Grab) all participated in the discussion and shared what each of their films was about, who they made it with, and why it was so special to tell their stories.

The four of the filmmakers spoke about was like to be part of the SparkShorts program and how the focus was on the unfiltered voice and how as storytellers they were inspired to find their own way. While all four filmmakers worked with their friends and people who they knew, they all quickly realized that they needed to reach out to people with experience including many top players at Pixar such as Andrew Stanton and Pete Docter. Everyone at Pixar seems to be very supportive and helpful to one another. This was pointed out in the panel many times as they all made mention that everyone was easy to talk to from the newest employee to the head of Pixar. 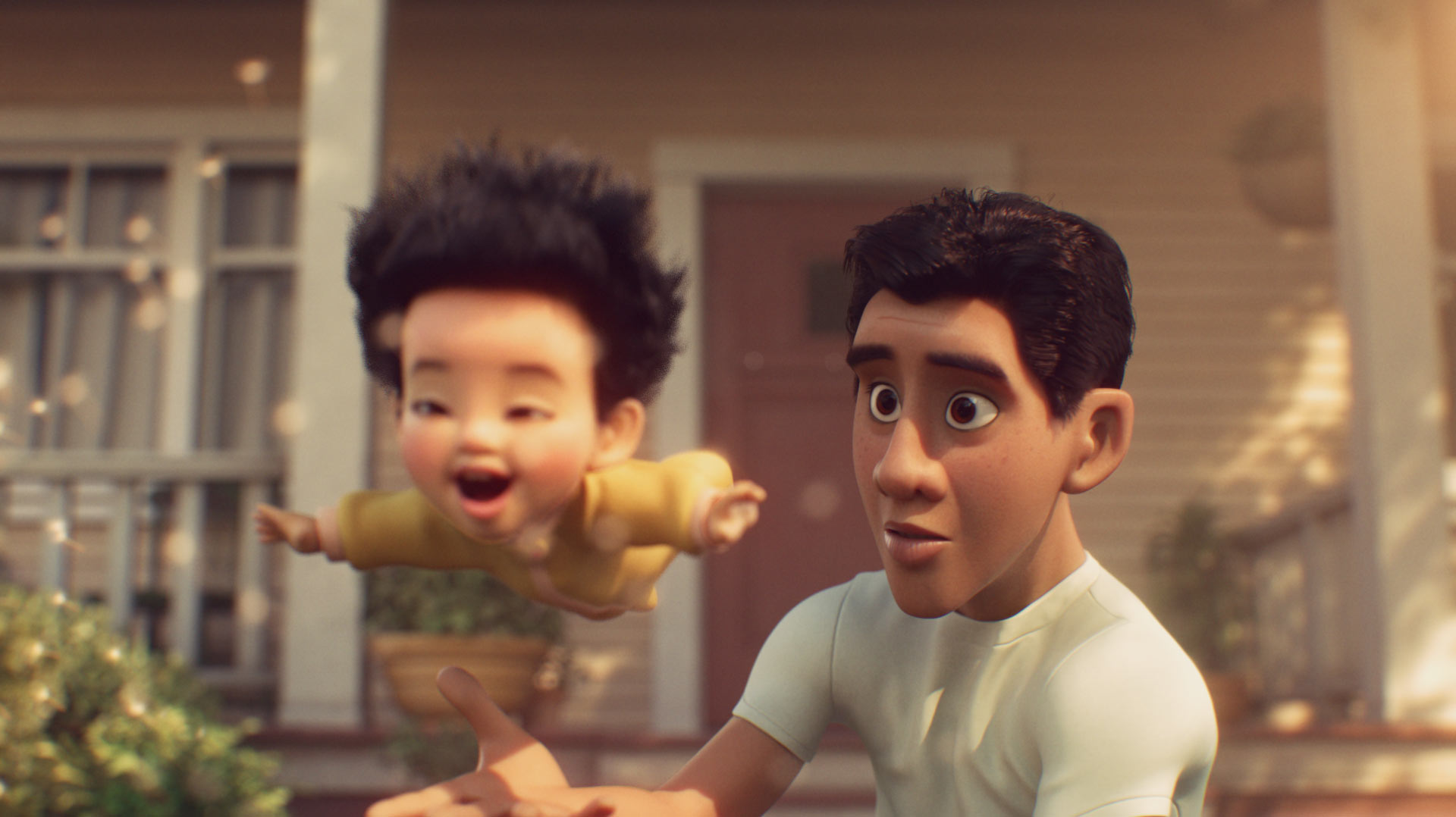 Bobby Rubio spoke about Float and why it was so important to him. “The short was inspired by my relationship with his son who has autism and how I felt as a parent.” Rubio shared that he hated going out in public with his son initially because he was often bothered whenever he came in contact with other parents with children who were seen as “normal.”  He mentioned that he struggled to accept that his son was different at first but soon learned to embrace his unique gifts. Rubio pointed out that he loved hearing all of the different interpretations of what viewers took away from his film and how they connected to it in different ways. Float is the first Pixar project to ever feature Filipino animated characters. 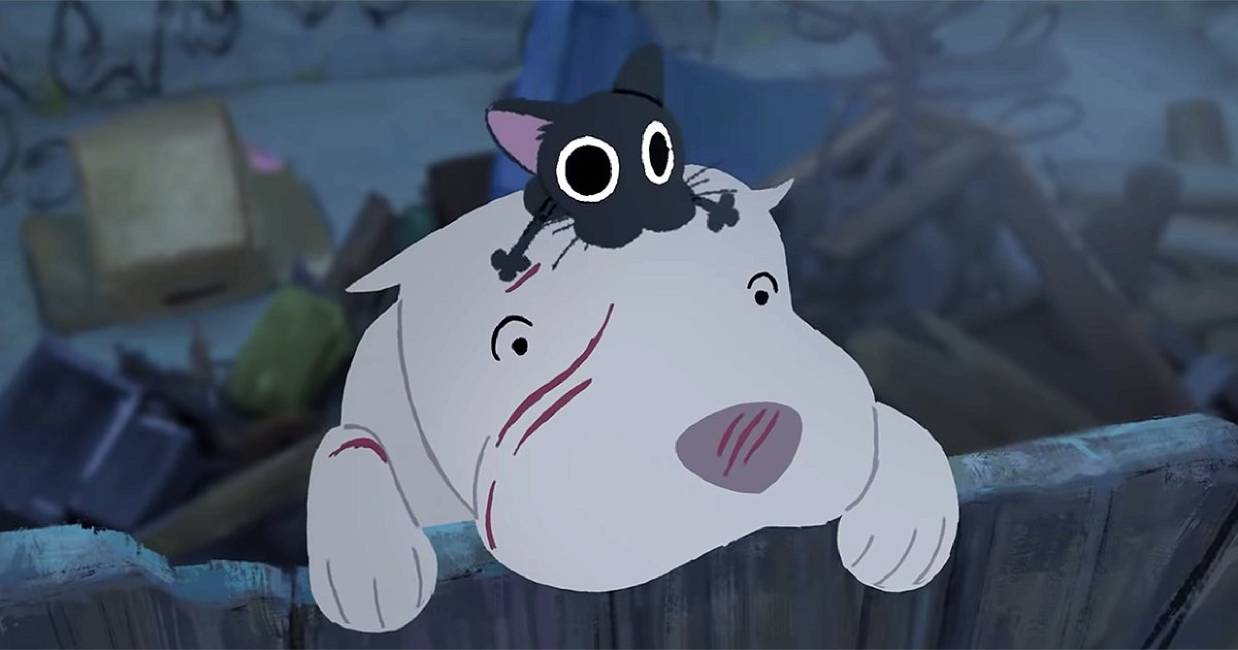 Kitbull began as an escape as the concept was inspired by watching various cat videos on YouTube as an escape. The idea for the short eventually evolved into something much more personal as Rosana Sullivan touched upon themes such as overcoming shyness, struggling with being sensitive, and having problems making friends. Sullivan pointed out that she wanted to make something that was about connection and what it was like to be an outcast. She took the idea and applied it to animals to further bring awareness to animal welfare and how society treats animals. 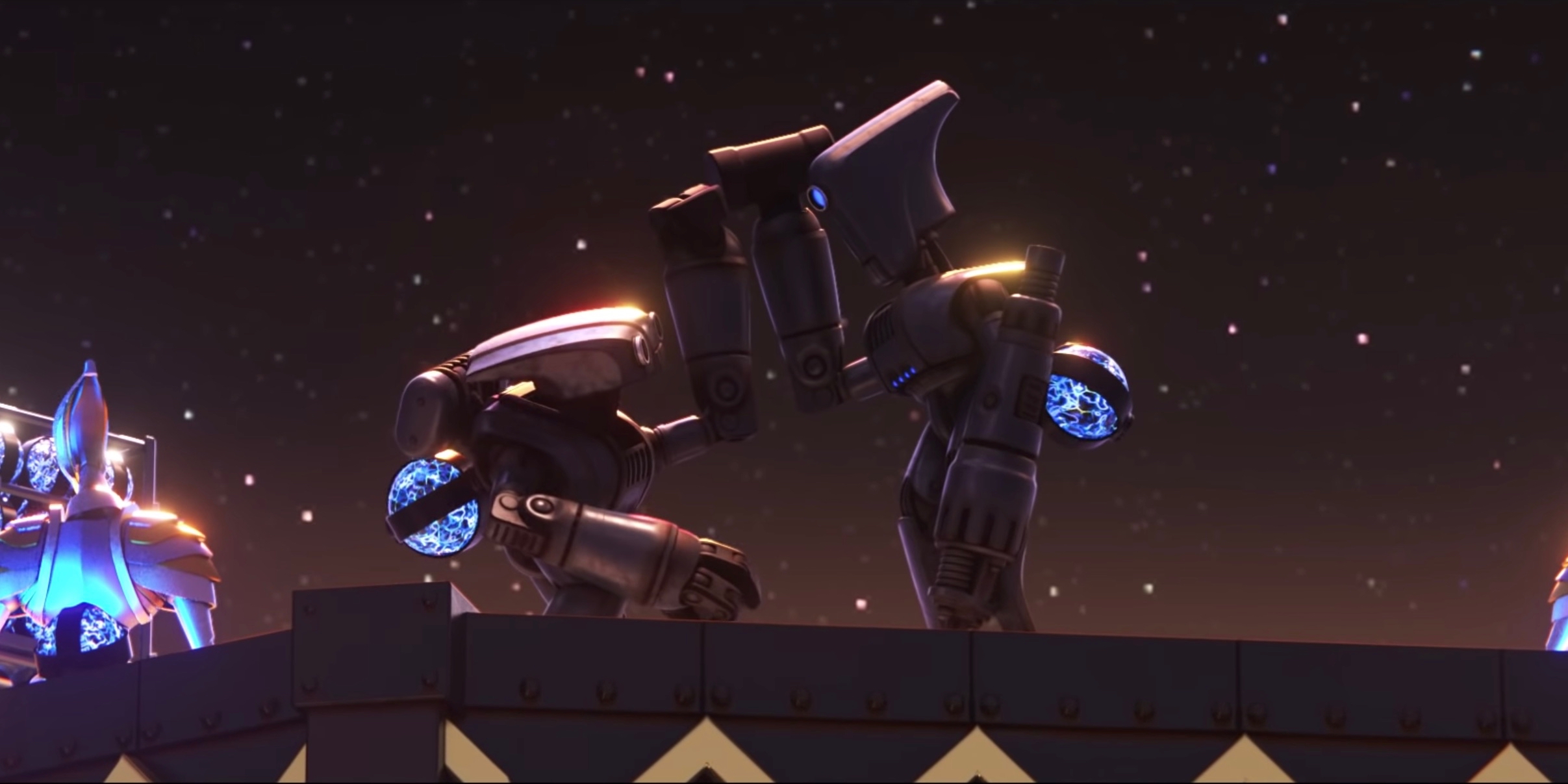 Brian Larsen kept trying to rework the story for Smash and Grab over and over again. He stated that he wanted to create something that was a reflection of what it was like to break out and try something new. Smash and Grab is definitely the most abstract of the four shorts that were shown but that seems to be very reflective of who Brian Larsen is as a creative voice. He is someone who challenges the artistic struggle and yearns to break out. This is the primary theme within this short. 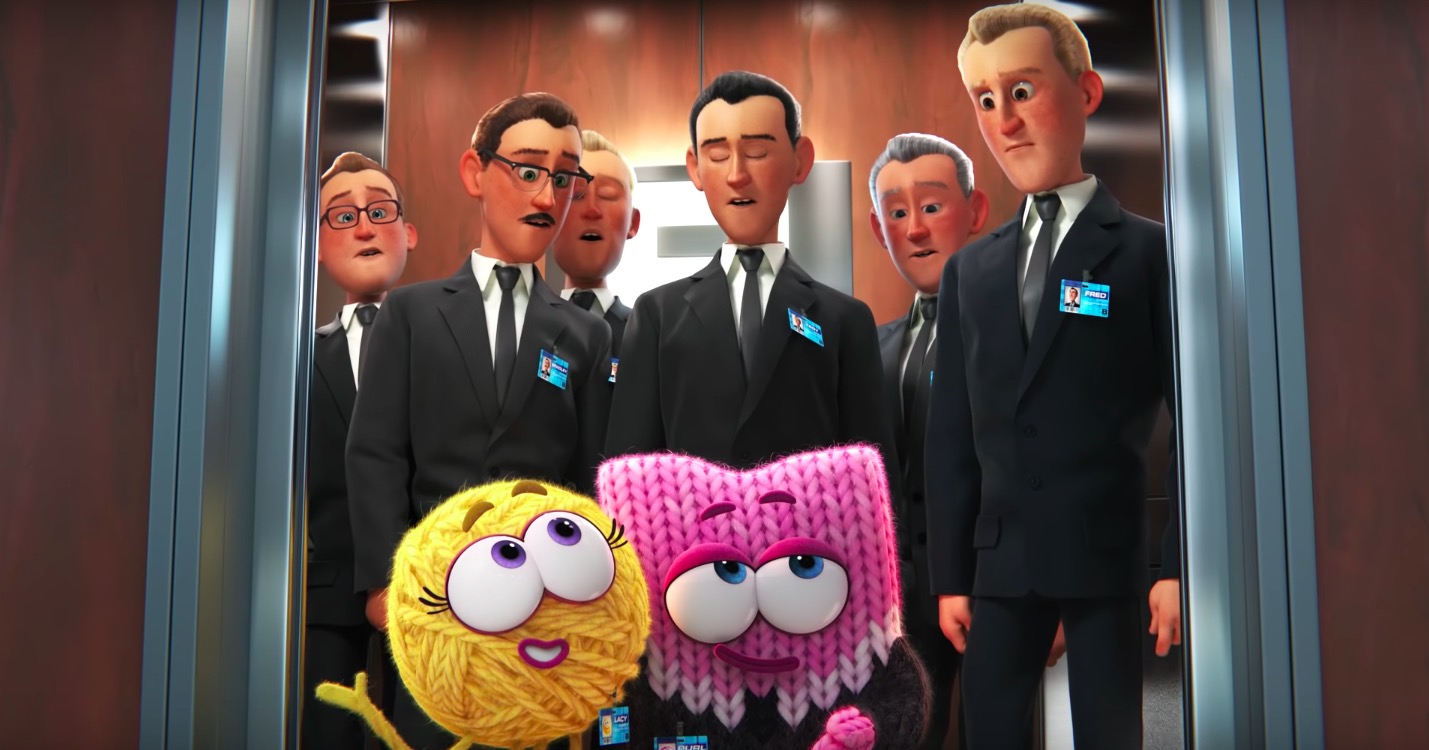 Purl, written and directed by Kristen Lester, will more than likely be the short film that will garner the most attention especially when it comes to awards season. While Float is a very close second,  Purl feels incredibly timely and is a brutally honest story about a male dominated workplace told in a creative way. Lester was inspired to create this short as a reflection of what her life was like while starting a career in animation. As a student in college, Lester found that her classes were pretty balanced when it came to the number of male vs females in a classroom. However, once she graduated, her first few jobs in animation were male dominated and she was often the only woman. As someone who wanted to succeed in the industry, Lester felt as though she was forced to do whatever she had to do in order to fit in with guys who worked at those companies. Purl showcases hiding who you are to fit in and how that isn’t the best way to go about it.

Out of all four of the shorts, Purl was my personal favorite and it should be stated that even though it is a Pixar short, it is the riskiest of the bunch. There are a few questionable jokes in the short and even a curse word or two. I appreciate Purl  because it has something important to say but manages to address an important issue with a cartoon ball of yarn. This short and the others continue to prove why Pixar as a studio is hailed as the masters of animation and storytelling.

Purl can be viewed below and if you are interested in checking out the others, they will be available to stream on Disney Plus, along with hundreds of other shows and movies, starting November 12, 2019.

Unfiltered Voices is What Pixar’s SparkShorts Are All About.

Unfiltered Voices is what Pixar's SparkShorts are all about. We all know that Pixar, as a studio, is in a league of its own. The studio, which started in 1979 as a division of LucasFilm, has become quite the gamechanger for animation and...
0
Average User Rating
0 votes
Please sign in to rate.