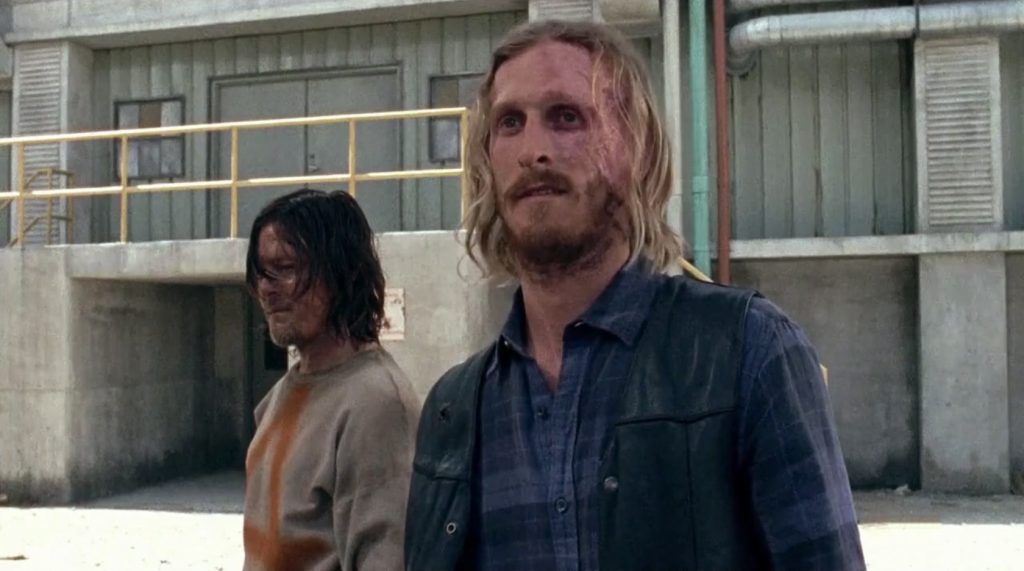 The Walking Dead: “The Cell” Review

Easy Street is not Daryl’s jam.

Warning: Spoilers will be talked about for this week’s TWD review.

We’re now three episodes into the seventh season of The Walking Dead, and we still haven’t made our way back to Alexandria. Pardon me, but I’m like, super anxious to see how Rick, his team, and the people of Alexandria proceed in the wake of Negan’s introduction. I shouldn’t be surprised though. The Walking Dead often takes its sweet ass time advancing the story, and that’s usually why I admire the show. However, it can also annoy me and make watching it tedious. This episode entitled “The Cell” was more about adding insight rather than plot development. It caught us up with how Daryl was being treated while being held prisoner at Negan’s compound. Also, surprisingly enough, we got insight on Dwight, one of Negan’s most trusted workers and Daryl’s nemesis.

So for me personally, I was kind of devastated to see that Negan succeeded in breaking Rick’s spirit and ability to lead in the season premiere. When Daryl attacked Negan while the rest of his group knelled helplessly as Negan taunted and murdered Glenn and Abraham, it left me wondering what Negan’s plans for Daryl would be. So obviously, we catch up to a lonely, naked, and dirty Daryl curled up in a corner in a darkened cell. He’s fed dog food sandwiches by Dwight and forced to listen to the same song in repetition. To tell you the truth, I thought they’d be doing much worse to him. So it left me wondering if all of this would result in Daryl also being broken like Rick. Would he too submit? Hell, no, not our Daryl. As much as Negan tried to intimidate him, and his men beat the sh*t out of him, he still refused to bow to the will of Negan. I expected nothing less than defiance from Daryl, but even sometimes, I was worried he’d actually break. However, his emotional breakdown after being handed a picture of Glenn’s head being bashed in was more than expected, especially with it being a reminder that he was partially responsible for Glenn’s death. And why not throw in a Roy Orbison song for him to hear for good measure? The chances of Daryl breaking down any further than that are very unlikely. Negan can do his worst with him, but the guilt he’s feeling is much worse than any physical pain Negan can dish out. This is what makes Daryl such a strong and compelling character. Je doesn’t fear death nor does he want freedom after seeing Glenn get killed. But I mean, this isn’t something we already didn’t know. 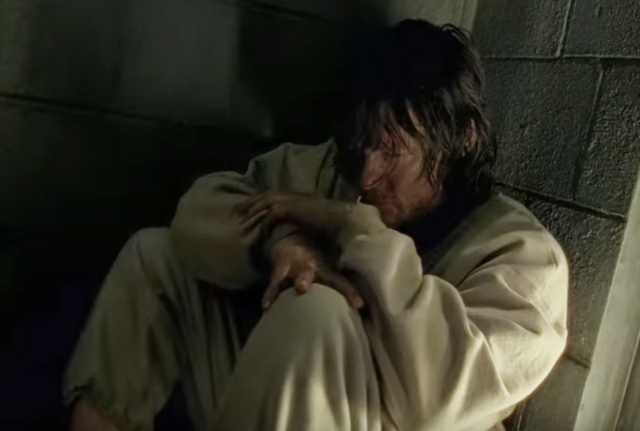 In a surprising move, the focus on Dwight (Austin Amelio) was almost dominant during this entire episode. He went from being a typical lower-end villain to being a fleshed out character who’s just as much as a victim than everybody else Negan has touched. His backstory and how he and his wife, Sherry came to be in service of Negan is really quite f**ked up. They both do what they have to do in order to save each other from getting killed, even if that means she has to marry Negan, and he has to do all the dirty work Negan asks of him. Dwight and Daryl are actually similar in some instances, but unlike Daryl, Dwight has more to lose. Dwight has become a more interesting character now. He doesn’t want to necessarily be the bad guy. He may not even really want to be Daryl’s enemy. He even asks Daryl to make it easy on himself and do what he’s told to avoid any further punishment. Dwight seems to be a man who does the dirty deeds he does simply out of fear and desperation. This does indeed make him a tragic character. He probably looks at Daryl and wishes he could be as strong and defiant like him, but he is in so much fear over Negan’s power, he can’t even begin to act out.

Which makes me question what I find more interesting. It is Dwight’s predicament or the power Negan has over his people. It’s has to be the latter because I don’t even know if I give a sh*t about Dwight, to be honest. The progression of Dwight isn’t something I’m too invested in right now. It’s really Negan’s power over his people I find to be a fascinating concept. How the hell does he insight so much fear into his people, that they remain loyal to a tee? In the case of Dwight’s former friend who ran away from the compound, he would rather die than serve him Negan. That’s crazy. These people even kneel in his presence. Negan has that natural ability to make anyone’s skin crawl – a true testament to Jeffrey Dean Morgan’s portrayal – but how is it that this compound full of people haven’t tried to overthrow him? Everyone is convinced he provides a comfortable living situation. Going against the establishment is not an option. This so far is the most compelling theme this season. And I don’t even think we’ve even scratched the surface on how brutal and dangerous he can be. 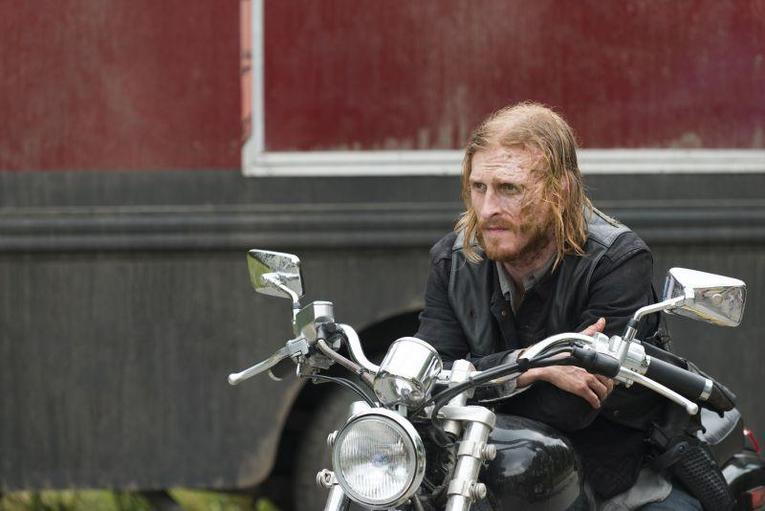 Now to be honest, my motivation to write this review has been small, and I apologize for that and for it being posted quite late to this site. I’ve watched this episode twice, trying to come out with a reasonable review. Truth is, this is an episode that probably has a lot to think about, but I don’t feel motivated to do so. It’s that kind of episode you watch and say “it was good” as you shrug your shoulders. This was a confusing episode because not a whole lot seemed to happen or get done. The events of “The Cell” probably didn’t warrant an entire episode. Most of these events could have been covered in 20 minutes of the running time. Yet having these events in this one episode without cutaways to Alexandria or The Kingdom make the tone spot on. We had to see Daryl trapped in his cell, we had to see Dwight’s day-today routine, we had to see the power of Negan’s leadership all in one shot. It couldn’t have worked any other way. It has a lot of interesting parallels between Dwight and Daryl, and it brings up some great questions, but for some reason, I wasn’t fully satisfied when the episode finished. Truth is, I just want to get back to Alexandria and see where the season is going to go from there. Maybe down the line, as the season progresses, I’ll look back on this episode as the start of something big. Maybe Dwight will man-up and try to rebel against Negan, possibly with Daryl. For now, “The Cell” just felt a bit “meh” to me. Three episodes in and the momentum of the season is dwindling. Hope it picks up soon.