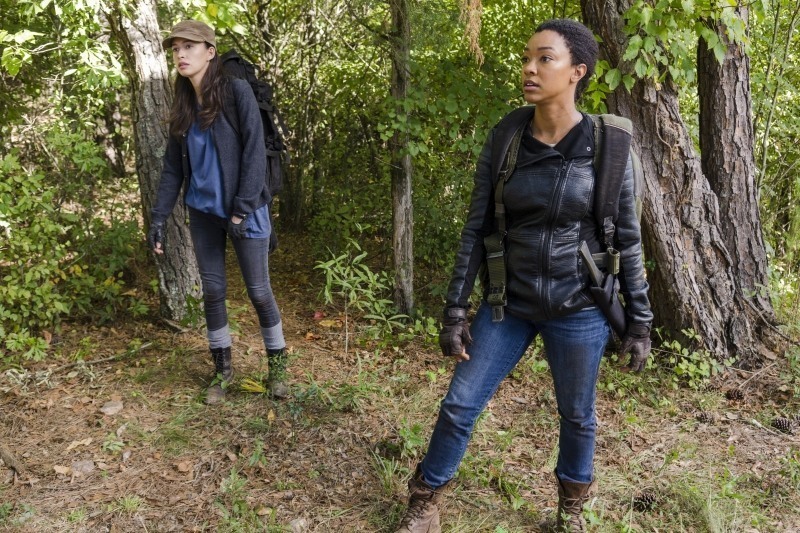 The Walking Dead: ‘The Other Side’ Review

Having each other’s backs.

Warning: Yup, you guessed it… SPOILERS!!!

This week’s The Walking Dead sure worked up the feels. Between Daryl and Maggie’s hug, to Sasha and Rosita’s bonding session, I was just glad to be feeling some emotion for the characters I care for again. Still sticking with the one town per episode formula, the main focus was back at Hilltop, which seems appropriate since we haven’t spent a whole lot of time there this season. At least, it always feels that way. I mean, seeing Maggie feels like greeting a long distance friend you haven’t seen in ages.

It’s possible the show is aware of how little we see Hilltop. The dialogue free montage that leads us into Rosita arriving at Hilltop asking for Sasha’s help was so impressive. In a matter of minutes, with an impressive score, we caught up to what everybody was up to. Maggie is training the townsfolk like she said she would. Sasha was planning her attack on Negan even before Rosita showed up, and Jesus even gave her a map. Enid has been taking good care of Maggie. And Daryl has been acting like an outcast, and can’t look Maggie in the eye. The montage gave us a clear picture that time is passing by, and people are getting ready. Though, not too much time has passed apparently. Maggie still hasn’t began to show her baby bump.

Hilltop had another early Savior visit, which means we got to see more of Negan Jr., I mean, Simon. (It’s always fun to see Steve Ogg playing this role). I may have to stop calling him Negan Jr. actually because Simon is becoming more of his own character and a better villain. While Negan’s schtick is starting to get predictable, Simon’s way of handling things feels fresh. The business of the day was to take Hilltop’s doctor away and place him at the Sanctuary since Negan threw the last doctor in the furnace. I forgot the two doctors were brothers. Just goes to show you how much interest I have in Hilltop. Losing the doctor is a blow to the town, and even Gregory knows it. Speaking of the slimeball, he threatened Jesus. What the hell? Gregory is up to something, trying to split the group up. It’s no secret he’s not found of Maggie’s plans to fight the Saviors. I thought for sure he was going to rat her out to Simon. He might do so at a later time since he got all chummy with him. 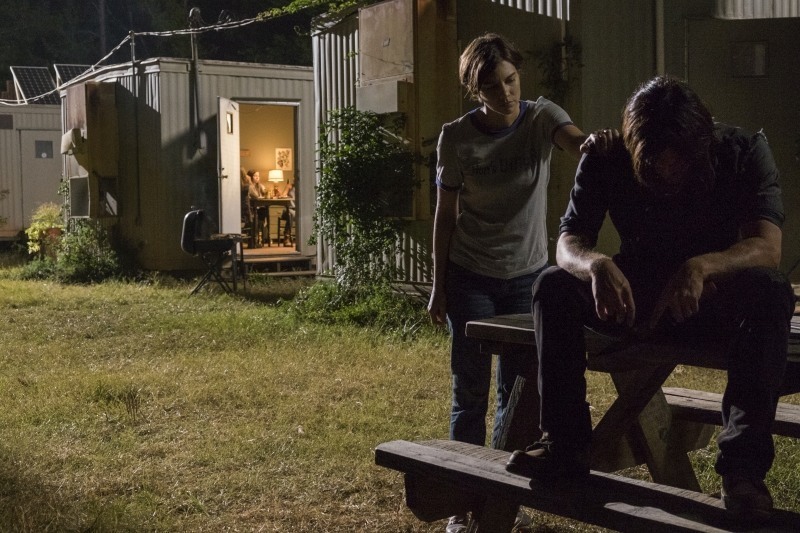 The Saviors’ visit reminded me that they don’t realize Maggie is alive. Again, we spend so little time at Hilltop and with so many weeks going by since the season premiere, I tend to forget a few things. But I do know they are hunting down Daryl, which made for those two hiding together a rather suspenseful scene. The suspense turned to emotional tear fest when Daryl broke down and apologized for Glenn’s death, something he takes responsibility for. Obviously she assured him he wasn’t responsible, but seeing the two cry over Glenn almost made me cry, man. I can’t recall the last time I’ve ever seen those two have a moment together. This scene was an emotional highlight.

The main story of “The Other Side” was always meant to be the partnership of Rosita and Sasha taking on a noble, but quite foolish suicide mission to assassinate Negan at his compound. I say foolish because Sasha sees Maggie training an army at Hilltop and Rosita knows Rick is building one at Alexandria. The problem is both women are angry and impatient. The group can only succeed if they work together, not go on small group suicide missions. Regardless, this situation turned out to be a really great hour for the two ladies.

It played out mostly how one would expect. Since both women were with Abraham at some point, that was always going to be the issue with these two working together, which they would eventually get past by gaining a better understanding of each other. Rosita was the more resentful of the two, but once she explained her backstory, something that’s been a mystery till this point, we learned she was never angry with the fact that Abe left her for Sasha. She was mad she herself couldn’t figure out Abraham like Sasha did. This was a pivotal moment for Rosita, whom I’m sure a lot of people have been annoyed by throughout the season with her mad dogging and irrational behavior. Personally, I feel this scene turned that all around as she explained her evolution as a person who learned how to survive and take care of herself because she picked up and excelled on many different traits the men in her life had. While most of her lovers thought of her as a damsel, Abraham was the one who saw her worth. His death was probably the most crushing loss of her life. I personally like Rosita a lot as a character. Although some of her antics and angry responses have been disappointing, I understood she was just hurting. 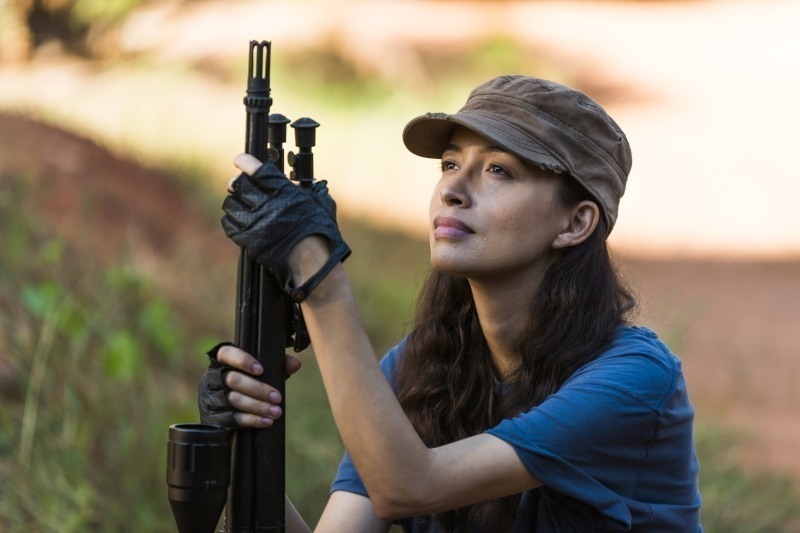 Christian Serratos and Sonequa Martin-Green both gave off exceptional performances, elevating their worth on the show. I was very much invested in their journey. Sasha’s plan to snipe Negan from a far was the much better plan than Rosita’s storming the compound plan. Rosita should already know that shooting Negan point blank isn’t the best option for her. Well, either way, the two had to head inside the compound since Sasha couldn’t get a clean shot and Negan was going to be indisposed for a long time. I don’t know why they couldn’t just wait. They forgot to pack snacks, I guess. Leave it to Sasha to be all noble, sending herself on the suicide mission after locking Rosita out of the compound so she could go back and help the others win the war. It wasn’t a twist that surprised me. It was more of a twist that made me say: why? What was Sasha saying exactly, that she was no longer valuable to the team, but Rosita was? Regardless, it actually was a great dramatic moment, leaving us wondering if Sasha was indeed running into certain death. She’s obviously not going to be successful in killing Negan, so it’s just a question of how many Saviors she can drop before getting captured or killed.

Meanwhile, Rosita is left on her own and comes across a shadowy figure with a crossbow watching her. Um, I don’t think that’s Daryl. How could he have gotten there so fast after he just learned of the girls’ absence from Hilltop? No, it’s most likely Dwight. Them two don’t have a good history with each other. I’m left wondering if shots are about to ring out, or is this Dwight’s shot at redemption by teaming up with Rosita. Sadly, with only two more episodes left this season, most likely we won’t catch up with any of this until the season finale. ‘Cause you know damn well TWD loves to leave us hanging. 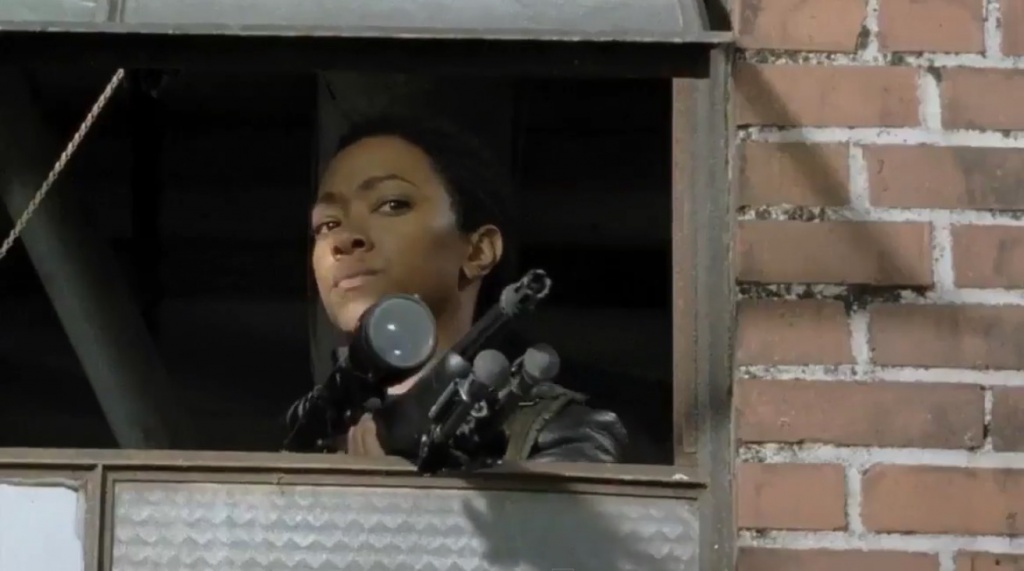 Finally, there’s that little pansy Eugene. Eugene, you little asshole, you made me waste my speculation on your possible sabotaging the Saviors back on my “Hostiles and Calamities” review. Well, then again, I think I did say his allegiance to Negan might be genuine. Well, I guess he’s utterly, completely, stone cold Negan after all. I think he’s taken a liking to his new job. He apparently takes it seriously too, increasing the strength of the gate and the security of the compound. I’m actually more pleased with this decision to make the character a traitor. It’s fitting for a guy who received aid from the good guys based on a lie.

“The Other Side” was a pleasing chapter for this slow burning season. The Hilltop storyline has never been a big draw and only works because of our known characters from Alexandria who have settled there, but we did get to see that the people are ready for the fight. Maggie and Daryl’s moment was touching. Eugene is a dick. And finally, the alliance of Rosita and Sasha proved to be a flawed but noble endeavor with some excellent character development and damn fine acting from Serratos and Martin-Green. 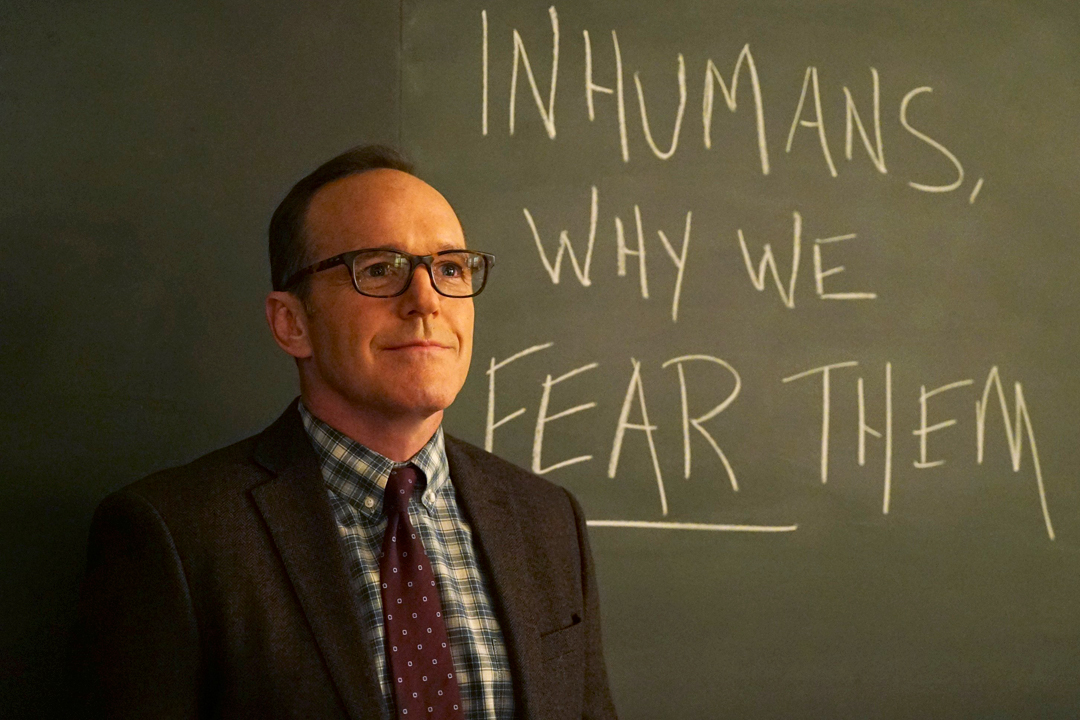 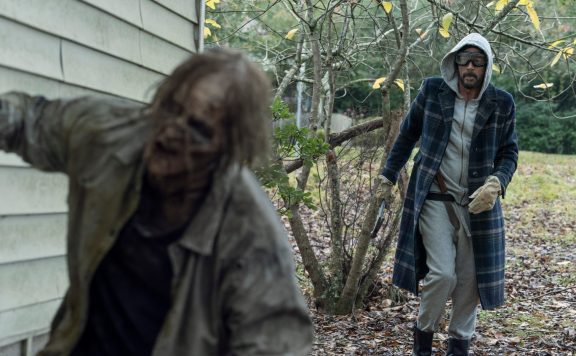