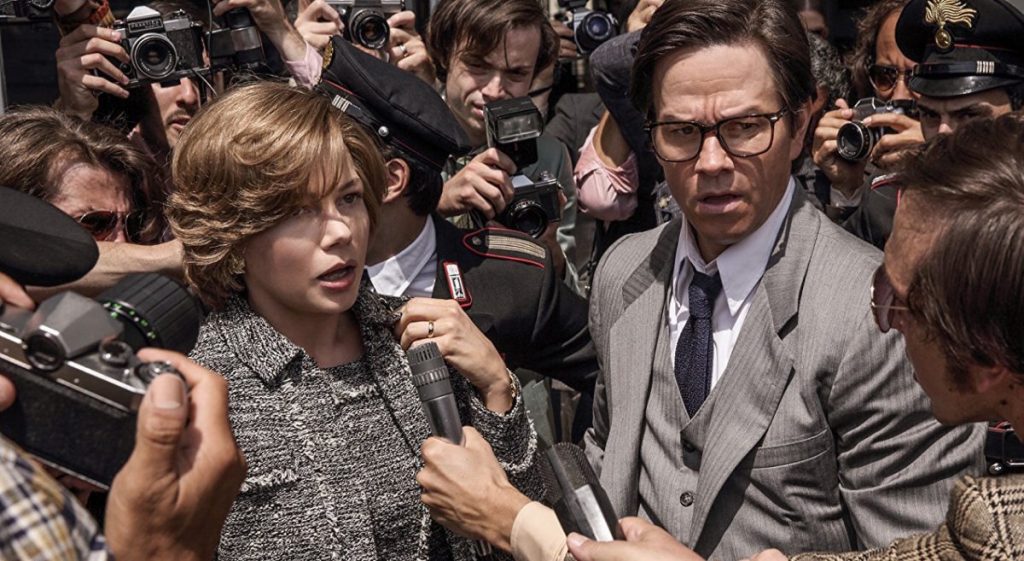 When director Ridley Scott is at his best, his films create a sense of tension that not only fits for the individual involved but conveys that feeling on a grand scale. Scott’s lesser efforts find his abilities to show process effective enough at building a world but provide little concerning the building emotion. All the Money in the World has automatically become a unique effort from the 80-year old director, as all the news surrounding his lightning-quick efforts to replace a critical supporting role make the film a higher curiosity than it likely would have been as a mere awards contender among others in its original form. Still, while interest may have grown in how this all worked out, All the Money in the World mostly works as an interesting character study of a wealthy man that happens to have a broader focus on the misfortunes his position causes for the rest of his family.

Adapted from the 1995 novel Painfully Rich: The Outrageous Fortunes and Misfortunes of the Heirs of J. Paul Getty by John Pearson, David Scarpa’s script functions as a kidnapping thriller with a great ace up its sleeve. While we get the standard focus on the kidnappee (John Paul Getty III, played by Charlie Plummer), the kidnappers, the kidnappee’s mother Gail Harris (Michelle Williams) and Gail’s advisor, former CIA operative Fletcher Chase (a continually scowling Mark Wahlberg), that ace is J. Paul Getty (Christopher Plummer). Set in the mid-1970s, at this time Getty is the wealthiest man in the world and even with that status, he refused to pay the ransom demanded by a group of mafia-connected Italians looking to get rich quick.

By now you are aware that Plummer was brought in weeks before the film’s scheduled release date to replace Kevin Spacey, for reasons involving misconduct that I do not need to go over. This easily outpaces Scott’s previous work to fit in more of Oliver Reed in Gladiator, after the actor passed away during post-production. This sort of scramble is unprecedented, and while there is much more going on in the movie, it is a big deal thanks to the way Getty’s presence looms over this film as a whole. Plummer is also physically in this film a lot; far more than the 10-15 minute supporting performance I had expected. Getty is essentially the second lead, and as such, the story’s use for him informs the direction All the Money in the World takes. 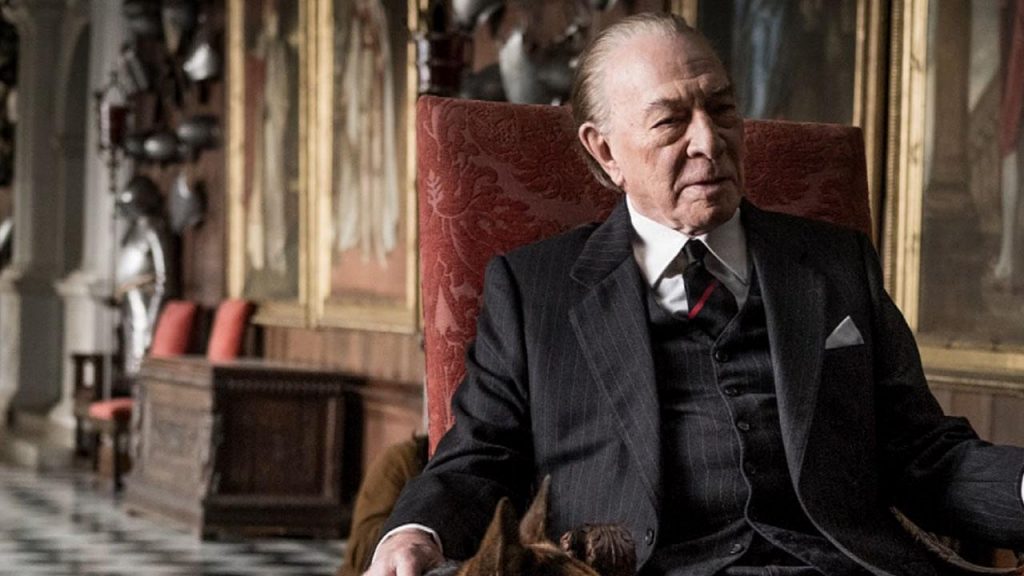 Sometimes playing like a slowed-down effort from Martin Scorsese, when playing to all its strengths, the film does well by the actors involved, in addition to the juxtaposition of exciting turns of events and neat music cues with cold/clinical cinematography. This is especially notable for the scenes involving Getty and his mansion full of expensive art, furniture and random knick-knacks, as well as the business side of the kidnappers. In these scenes, we get a great sense of the period as well as an appreciation for all that’s laid out in front of us, whether it’s the depiction of a cold-hearted cynic or the violence that stems from the actions of those desiring money.

At 132 minutes, the film does tend to make a bit too much out of some of the proceedings for the sake of developing more sympathy for Gail’s struggles to deal with both kidnappers and an incredibly stingy ex-father-in-law. It’s not the worst decision and Williams is doing work that’s just as strong as Plummer here, but I only need so much to understand this kind of dilemma. The same can be said for repeated scenes involving the struggles of the kidnapped, younger Plummer. While the film attempts to build a relationship between him and one of the kidnappers (Romain Duris), Getty III is ultimately a walking/talking MacGuffin who is more a prize than anything else.

Flashbacks attempt to make more out of the people we see. Younger versions of Gail and the Getty’s provide some perspective on why each character acts how they do and the connections they share. I only wish these were dispersed in a slightly better manner. Already feeling a bit slack in pace, it is, again, this attempt to build further drama that rolls the picture back from the sort of kidnapper epic Scott is striving for. 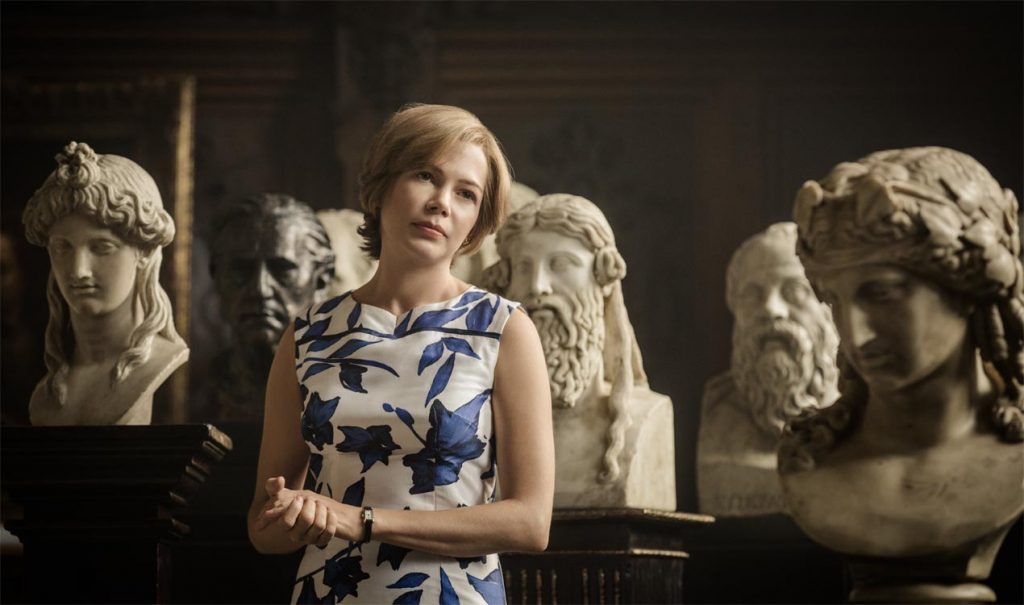 These choices aside, what a relief it is to see an adult drama such as this, with rich performances playing up the plight of these people as opposed to staged theatrics. Sure, many events are dramatized for the sake of an entertaining movie, but nothing ever amounts to gratuitous shootouts and chases. Instead, this is a measured drama capitalizing on the setup for a standard story that takes an unexpected turn do the reticence and grouchiness of the incredibly wealthy Getty. It’s fitting to have just seen Plummer as Scrooge in The Man Who Invented Christmas, as he is back at home in this role, turning in some excellent low-key work that I’d defy the showier Spacey to have made more affecting under what looked like a lot of makeup. And as mentioned, Williams is up to the challenge of rising to a man of Plummer and Getty’s stature and giving the film a soul.

For all the attention given to Justice League in regards to its reshoots, here’s a film that adjusted appropriately. It will be impossible to separate All the Money in the World from its headline-making news for this initial release, but the results are seamless and have led to a film that respects its adult-targeted audience. This is a crime thriller that puts the focus and tension mainly on a mother trapped between the rock that is greed and a hard place that is her son’s life in jeopardy. It also happens to feature an essential performance from a man who was never going to be involved and could now garner an award for his troubles. That really is what it means to have all the money in the world and still find a way to further success.