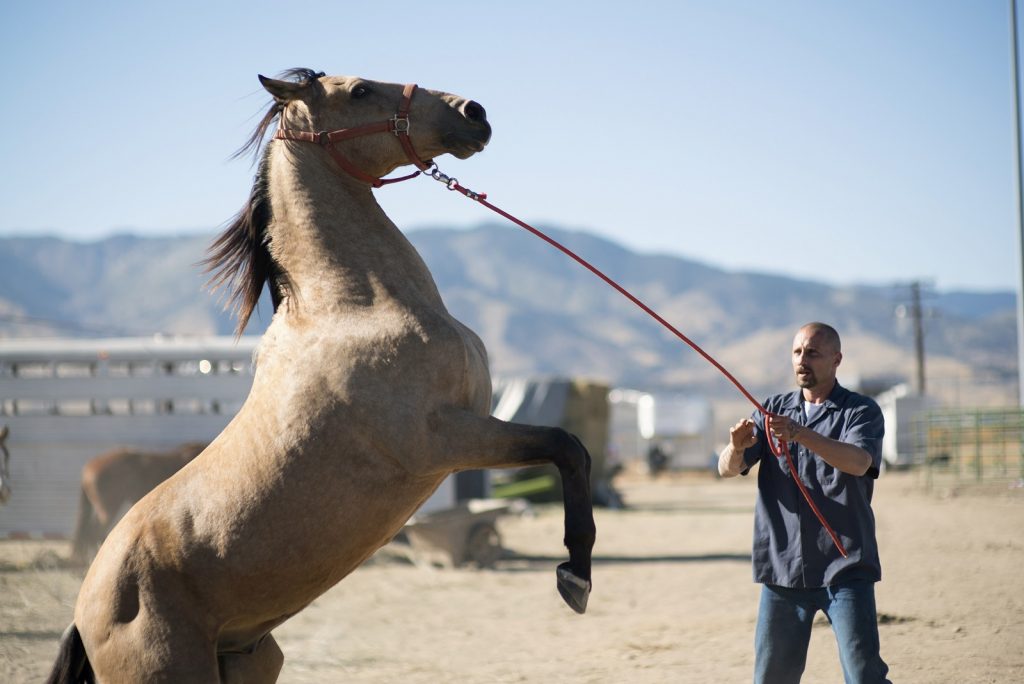 Rehabilitation is an essential part of being imprisoned. Whether or not it is presented as such or convicts take to it is another story. The Mustang provides a unique perspective on what that process is like in certain parts of America. Based on an actual concept, this is a film revolving around violent convicts training wild mustangs. It is the sort of obvious metaphor that could overwhelm this well-acted feature, and yet director Laure de Clermont-Tonnerre gives the story proper care to be affecting.

Matthias Schoenaerts stars as Roman Coleman, a violent convict who is allowed to participate in this mustang therapy program. Initially, it merely involves him shoveling manure until one of the chief horse wranglers (Bruce Dern) spots Roman connecting with the wildest of the mustangs. From there, Roman is mentored by a fellow inmate (Jason Mitchell) to do what he can to get his horse under control. All the while, Roman must also deal with another violent inmate (Josh Stewart) and visits from his estranged daughter (Gideon Adlon), who is making Roman confront his feelings about his crimes of the past.

This film is based on Clermont-Tonnerre’s own short, which took place in a women’s prison and involved a rabbit as a part of a pet partnership program. Fleshed out more and with some added help from executive producer Robert Redford, The Mustang is a fine character study. It is intimate enough for us to want to look into Roman’s eyes and understand him, while gritty enough to work as a new entry in the prison movie sub-genre. That may not be the kind of film that gets a wide release from a major studio these days, but there’s plenty an adult audience can admire. 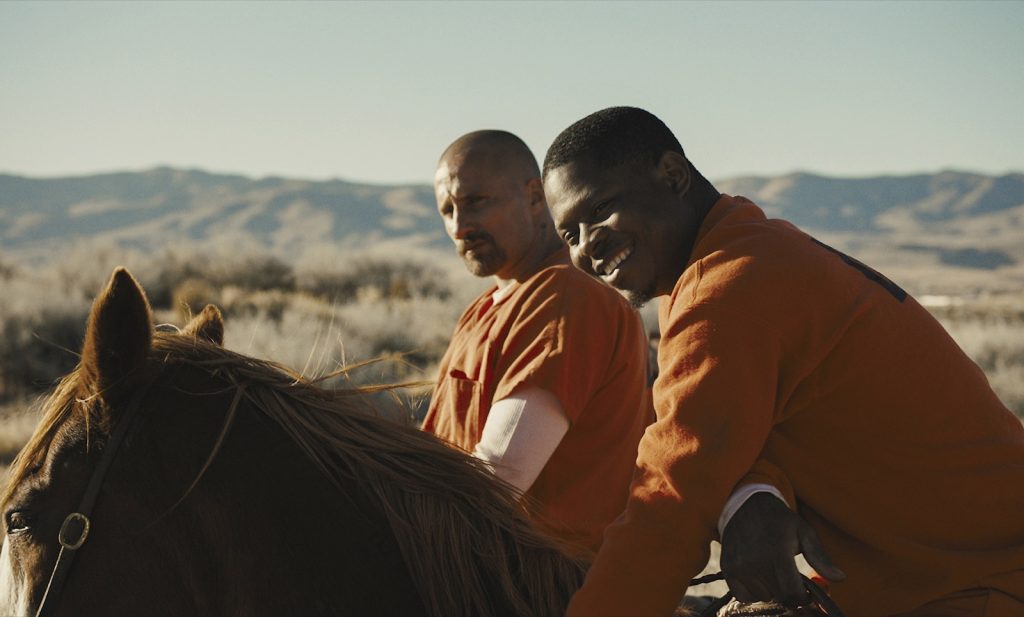 Schoenaerts continues to prove himself as an actor to keep an eye on. The Belgian actor has been active for many years, but since 2011’s Bullhead, he’s been getting more notable roles, and he tends to be a highlight. He has the face and build of a bruiser, but characters like Roman in The Mustang show the sort of intense sensitivity that is just under the surface. It makes for a strong performance that is entirely believable. I’m not sure how often we give credit to actors having chemistry with horses, but there is an interesting relationship that forms here. It’s, of course, reflective of the tumultuous times of Roman’s life, but it plays well for the film.

The cinematography by Ruben Impens, in general, is quite strong. I suppose there’s a lot to work with when tasked to show the majestic nature of wild horses in the Midwest (this film is set in Nevada), but we get plenty of shots of the sunlight bouncing off of horses, the prison landscape, and the characters, without it feeling like overkill. There’s also something to be said for the contrasts between the outdoor mustang activity and the darker interiors focused on Roman’s prison cell and the visitor’s section. There’s a purity to the exterior scenes, compared to the tightly shot indoor sequences, reemphasizing how Roman is not a free man but can aspire to be.

However, the nature of Roman’s crime brings its own level of drama that is messy enough to work as far as giving us a slice of life but is only able to go so far. Scenes between Schoenaerts and Adlon play heavy on the emotion, even if their attitudes tend to go big enough to have me wondering why the guards would not intervene (it’s a movie). That said, they feel less natural, as do the scenes involving the film’s antagonistic prison bully. Stewart may have a menacing presence, though, compared to Schoenaerts, there’s little to suggest why he has so much power. 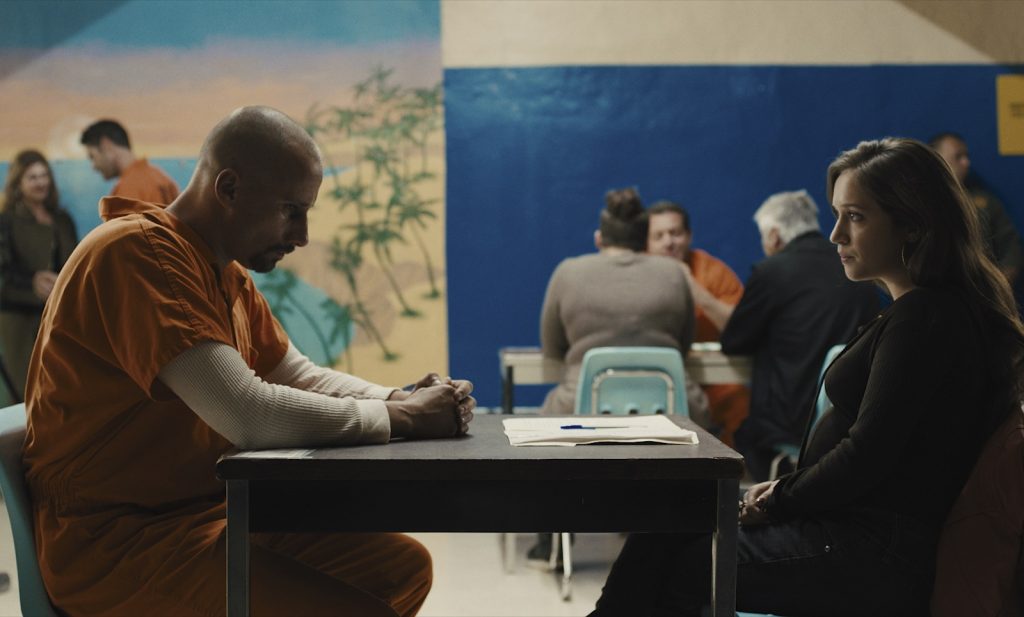 The Mustang shines brightest when outdoors. Dern and Mitchell both provide solid support. Given the emphasis on his age in recent years, it’s nice to see Dern playing more of an active, veteran cowboy here. He has some words of wisdom, but no time for nonsense either. Mitchell, on the other hand, is the sort of well-meaning guy who has found peace in training these horses. He shows off a bit, as he is seemingly the best of the convicts in this therapy program, but he adds a lightness to an otherwise heavy film.

At 96 minutes, The Mustang knows what it is trying to accomplish and wraps up its story when it needs to. It takes some turns that feel like things could be going a bit too far, and yet it has a final shot that absolutely works. This is a film that commits to its idea and is all the better for it. There’s some messiness in handling some of Roman’s prison life, but the actors pull it all together quite well. Visualizing these wild mustangs is another excellent aspect of the film as well, as wild horses are a good way to show the balance of one’s faith in themselves. 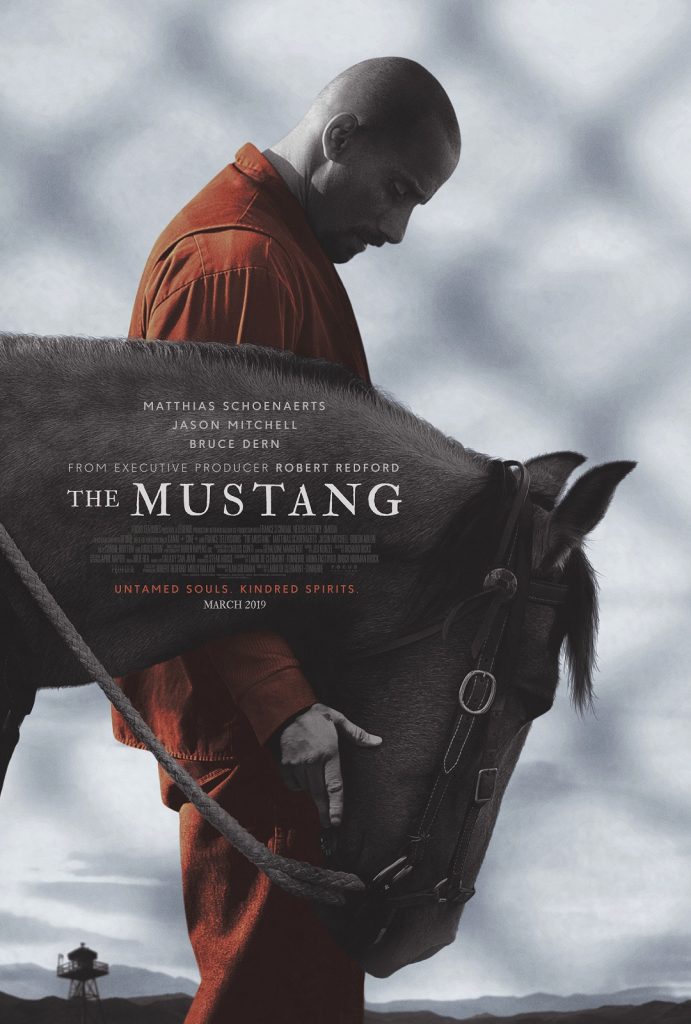