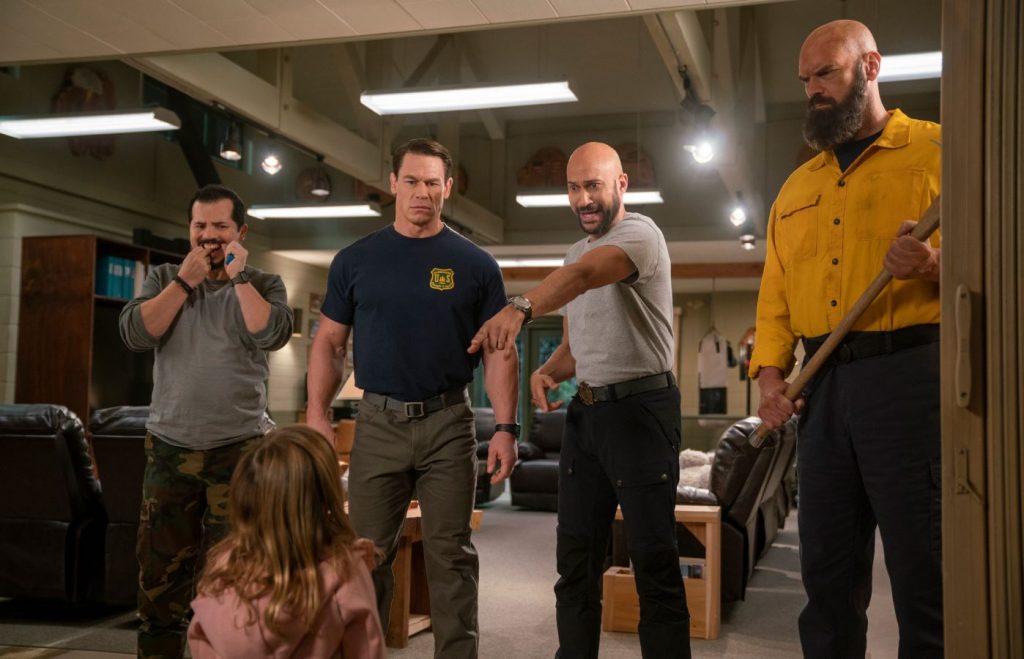 There’s a moment in the Nickelodeon Movies family comedy Playing With Fire, where actor/wrestler/rapper John Cena is given help texting a romantic interest played by Judy Greer. In addition to the silliness of having young children help this grown man figure out what to say in a text message, Cena has clearly been given the smallest of smartphones to emphasize how giant his hands are. It’s not quite a highlighted sight gag, but it helped me focus on the film’s purpose. The ideal with a movie like this is to give a family audience a fun time watching Cena and company act like goofballs, regardless of how much sense anything really makes. For better or worse, Playing with Fire succeeds.

Cena stars as Jake “Supe” Carson, the superintendent of a fire depot, where he’s regularly called into action as a smokejumper, along with fellow wildfire fighters Mark (Keegan-Michael Key), Rodrigo (John Leguizamo), and Axe (Tyler Mane). The plot is straightforward enough. Jake is a rugged, stern taskmaster, but his life is interrupted by three siblings (the oldest played by Deadpool’s Brianna Hildebrand) who need to stay with the smokejumpers for a weekend, after being rescued from their burning home. Will this manliest of men find a way to bond with kids, and become a better guy?

Yes. Okay, that’s an obvious answer, but Playing With Fire isn’t breaking any boundaries. It doesn’t need to either. That doesn’t allow the film a pass, but there’s a sincerity to be found in Cena’s work, as he knows how to tap into that “big kid” energy that works well for a slapstick comedy. Not hurting is the sense of sweetness, allowing the film to traffic in well-meaning areas when it comes to how the kids factor into the story and what the dynamic is between everyone. 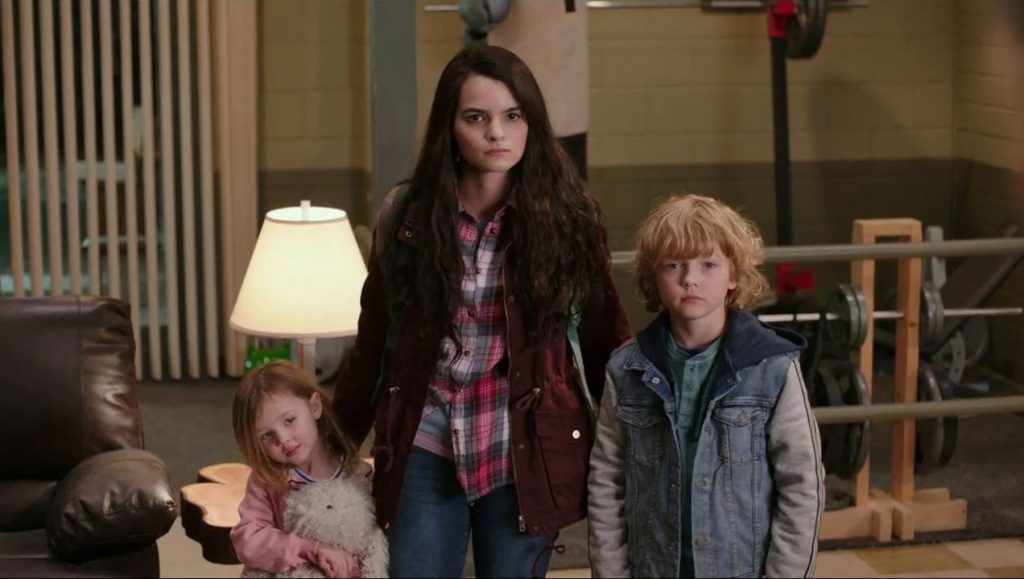 Once the film arrives at its second act, audiences get what they wanted. Jake finds himself at odds with the kids around him. The kids all have various challenges to present, which results in easy laughs involving pratfalls, dancing, pop music jokes, adults playing with kid toys, and, of course, an extended poop joke. Some of this material is tired, other areas play into gags decently enough.

Not hurting is the willingness to see the actors dive into the silliness they signed up for. With their careers of comedy already clear to many, it’s no surprise that Key and Leguizamo do plenty to keep the smiles coming. Key leans on being dedicated to Jake as a leader and often shows plenty of appreciation all around. Leguizamo mixes neuroses about being a helicopter pilot with the manic qualities he brought as the voice of Sid in the Ice Age movies.

Understandably, attitudes may vary on how much they can put up with all of the mugging on display. That said, if you’re into this set of actors, the level of humor isn’t asking much from the audience willing to sit down and take this in. Similarly, the kids are fine. Christian Convery and Finley Rose Slater play the younger children, and they provide the minimum of what’s needed to seem like actual human children, in addition to excuses to create ridiculous situations for Jake and the rest to deal with. 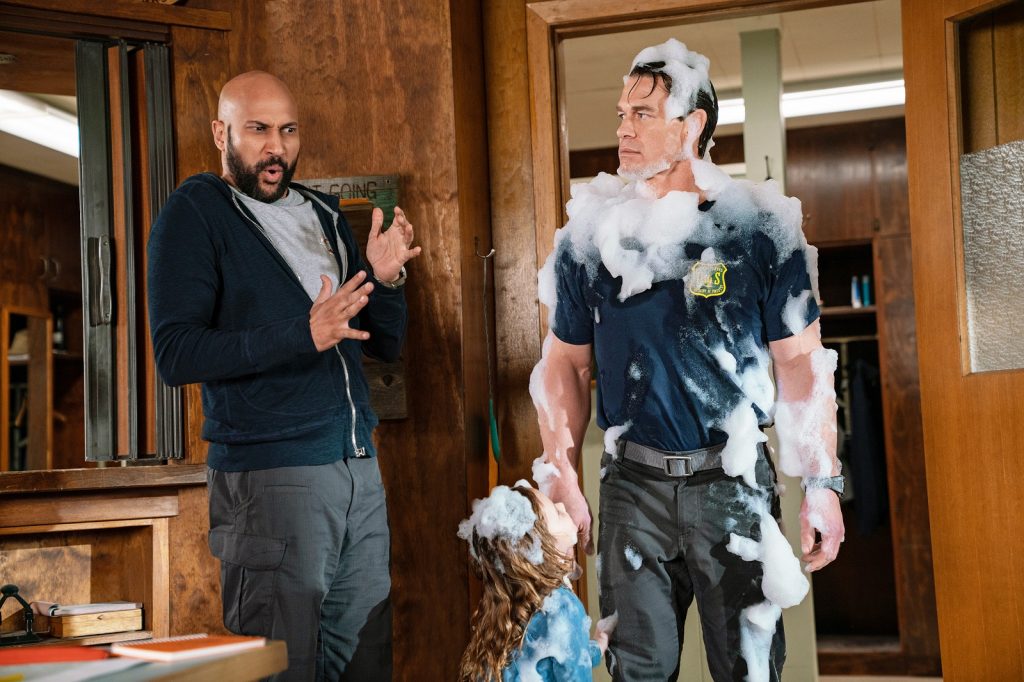 When Playing with Fire does decide to focus on the story and character journey, things become a lot bumpier. A major plotline revolves around Jake’s hopes to replace Dennis Haysbert’s Commander Richards. This lets the film throw an application at Jake, where he finds himself unable to answer questions like, “Why do you want this position.” In spite of being a man who’s worked in this job for years and only wants to go further, we have to buy into his inability to explain his passion.

There’s also the romantic angle involving Greer’s character. As Dr. Amy Hicks, she’s responsible for a wildlife preserve and has a thing for toads. It’s not really explored, and Greer is largely left reacting to everyone else and either smiling or criticizing the actions of others. Still, the film needs us to believe she and Jake are meant for each other, and one 24-hour period will lead them into some critical life choices. 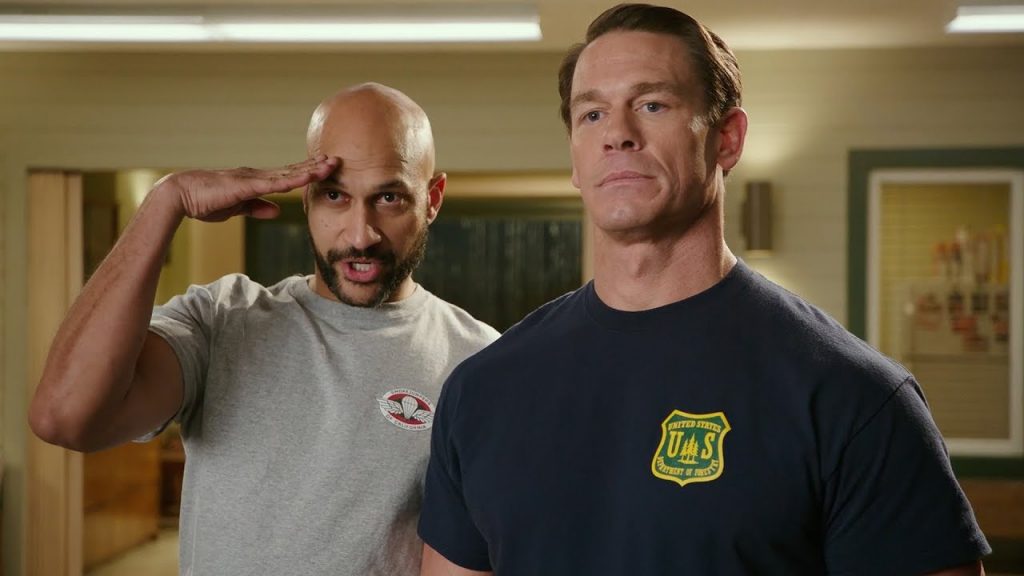 There are some attempts at showing what these guys do in the field. The film’s opening finds Jake doing his job in the most macho of ways, while the initial rescue of the kids is played for laughs as well as tension. How a film about smokejumpers doesn’t climax with something fire-related is beyond me, but at least the movie makes brazen attempts to land as many My Little Pony jokes as possible, with Mane’s intimidating size and silent nature playing into every moment, despite a lack of enjoying him help put out fires.

There’s not a lot to tap into with this film. Playing with Fire has no real desire to speak to the drama surrounding siblings in need of support. The messages are far more shallow, complete with some of the easier resolutions you’ll find in a family-friendly movie. How much that matters could determine what an adult viewer will get out of the film. Younger viewers could possibly enjoy what they’re seeing. The goofy stuff is goofy enough, and Cena is a fun presence. Playing with Fire may not burn down the house with laughs, but it’s okay. 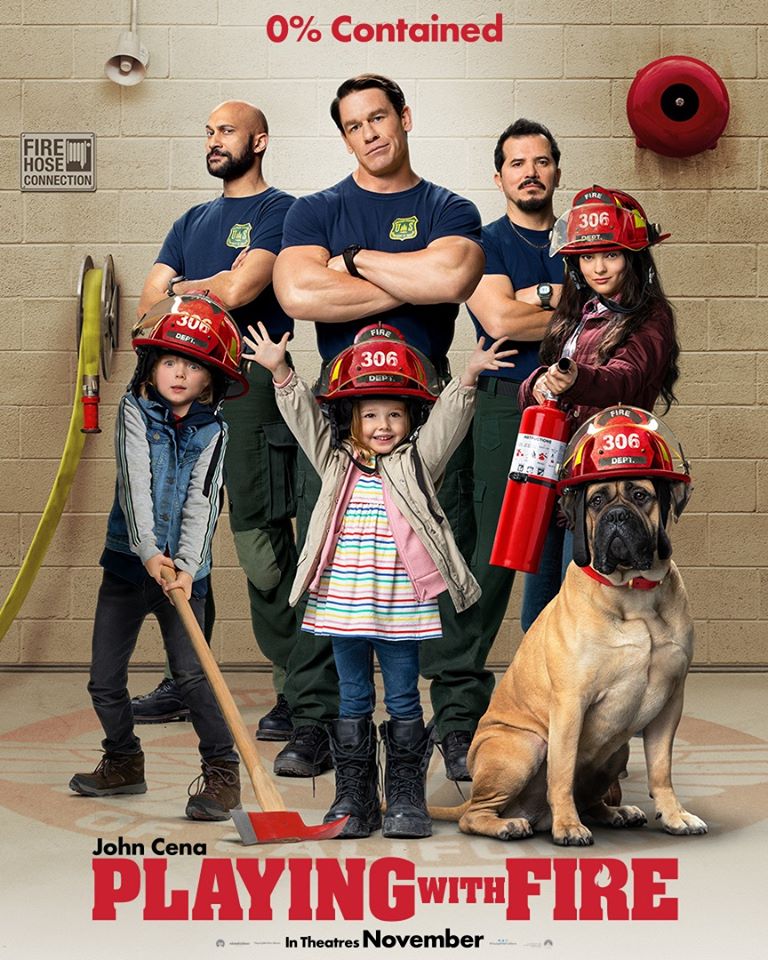