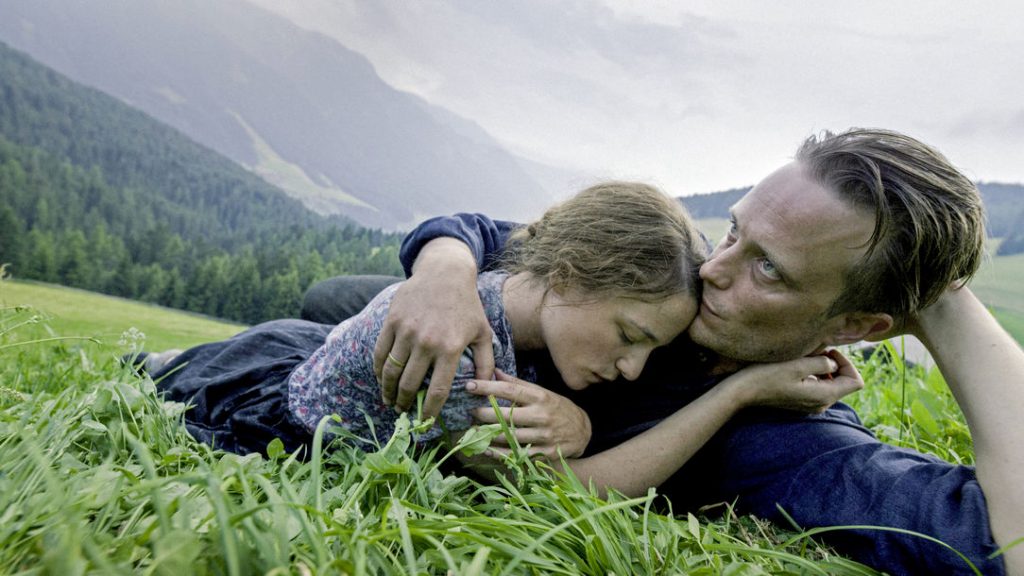 Between my continued admiration for the way filmmaker Terrence Malick composes features that are completely and utterly works only he could make, and the intrigue I take from non-didactic films wrestling with religious principle, there’s a lot I want to praise about A Hidden Life. The lengthy and deliberately-paced feature tackles a fascinating true story focused on a man’s commitment to his beliefs and how the emotional support of his family helps him hold onto a decision that could effectively end his life. Through all of this, many scenes are visually absorbing, which is essential, as the focus required for this film allows for deeper cerebral consideration that may not only play into one’s own religious concepts but the relevance it has to modern society.

August Diehl (ironically best known for playing a member of the Gestapo in Tarantino’s Inglourious Basterds) stars as Franz Jagerstatter, an Austrian farmer. He and his wife Franziska (Valerie Pachner) live in a small village, amongst a tight-knit community. As both a religious man and one living somewhat isolated from what much of Europe is experiencing during the early 1940s, he faces a crisis based around recruitment to serve under the Third Reich. Refusing to swear an oath of allegiance to Hitler, Franz is imprisoned. Much of the film then focuses on Franz’s time in confinement, where he and Franziska wrote letters to one another.

Watching and thinking about A Hidden Life, it’s hard not to consider other films from directors who have openly displayed their faith on screen. Ingmar Bergman comes to mind, though this specific story had me thinking about Martin Scorsese’s Silence. Both films concern the main character’s fight to hold onto their religion in the face of brutal ramifications. However, where Scorsese used that film as another attempt to tackle his own struggles with his faith, Malick appears to be putting the strength of his devotion on display. A Hidden Life is less about how one contends with their own views, and more focused on the power it can allow for, even as things grow dark. 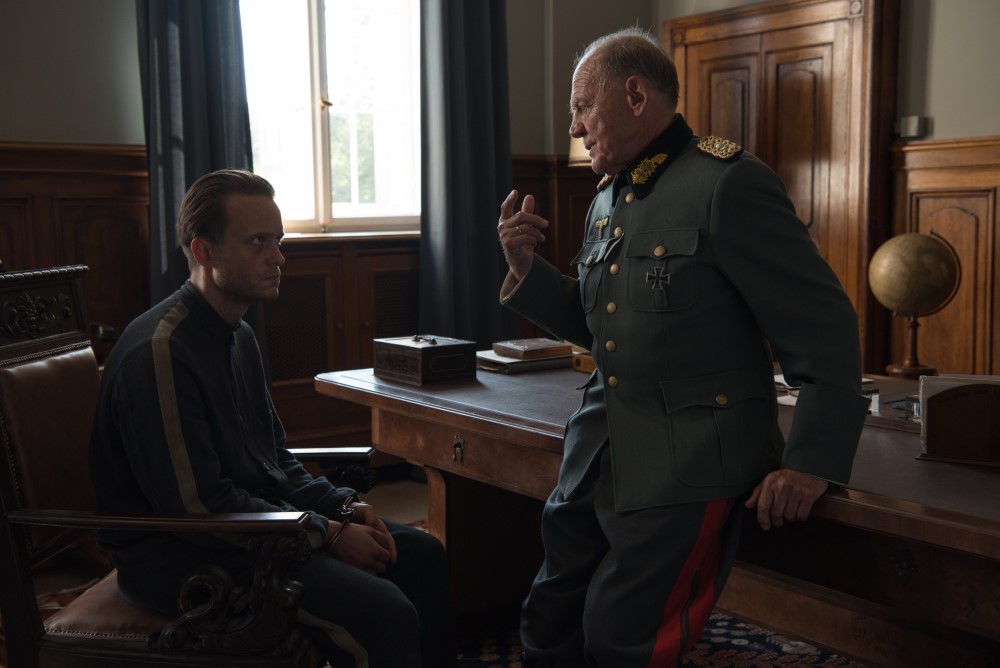 Looking at Malick’s various features, there’s no denying that his personal beliefs have always informed the writing and direction of his films. How could this not be the case? Anyone’s writing cannot be separated from who they are. Regardless, the success of what could be considered a faith-based film relies on intention. A Hidden Life does not need to delve into all the finer details of how Franz chooses to believe in God, as the film is confident enough to let the physical performance and various interactions put what’s needed on display. This is a movie that would rather have an audience feel for Franz than be told what is correct.

Of course, relying on Nazis, a group synonymous with villainy, does make it reasonably simple to understand. Despite being set in Austria and Germany, Malick has his main cast speak English. However, when dealing with various Third Reich members, they talk in their native German language, with no subtitles. It’s a deliberate choice, showing how the inflections of these Nazis alone is enough to get the point across. This also becomes another useful way to put Franz’s courage on display. Yes, the film gets into the questions regarding just how far Franz should be taking his choices, given the risks against his life that are created, but positioning him in an alienated way amidst a Nazi backdrop only adds to the power of the film’s intentions.

Additionally, while serving as an emotionally heavy historical drama, there is a lot of great effort put into the romantic side of the film. Franz and Franziska love each other. Franz loves the three children he has with his wife. We see this devotion on display throughout this film, whether it’s while watching Franz play around on the farm with his family, or in the looks on him and his wife’s faces as they compose letters to each other. Difficulty comes without question, given the circumstances. Still, the struggles are matched by assuring the audience that A Hidden Life is not one without love.

The filmmaking speaks to this as well. While the movie has a more straightforward narrative than all of Malick’s other films from this decade, he still applies his considerable skills as a director with a distinct visual style that evolved significantly since his earlier efforts. Stepping in for Emmanuel Lubezki, cinematographer Jorg Widmer lends his significant talents to A Hidden Life, allowing for looks at the rural farmlands, various outdoor environments, as well as German prisons. This is a beautifully composed feature, relying on both tracking shots working to encompass as much as possible from a naturalistic standpoint, as well as wide-angle closeups to tap into the characters’ state of mind as we follow along with them.

James Newton Howard does what is needed to bring a spiritual quality to the score. Finding a way to compose the sounds of love and suffering in a fresh way is a big ask, yet, the results accomplish just that. It all goes well with the overall production, which is a shining example of just how effective a film on a lower budget, even when relying on a period setting. Even putting those finer details aside, however, it’s the editing team of Rehman Nizar Ali, Joe Gleason, and Sebastian Jones who deserve plenty of credit.

As a feature that was shot back in 2016, knowing how much Malick likes to capture all he can during shooting means finding a way to assemble all of this footage into something matching the director’s intention and work as a watchable feature. A Hidden Life may be Malick’s longest film (not including the home media releases of director’s cuts of his movies), but it has a focus geared to play well with those wanting to embrace the character and the life-focused story being told. 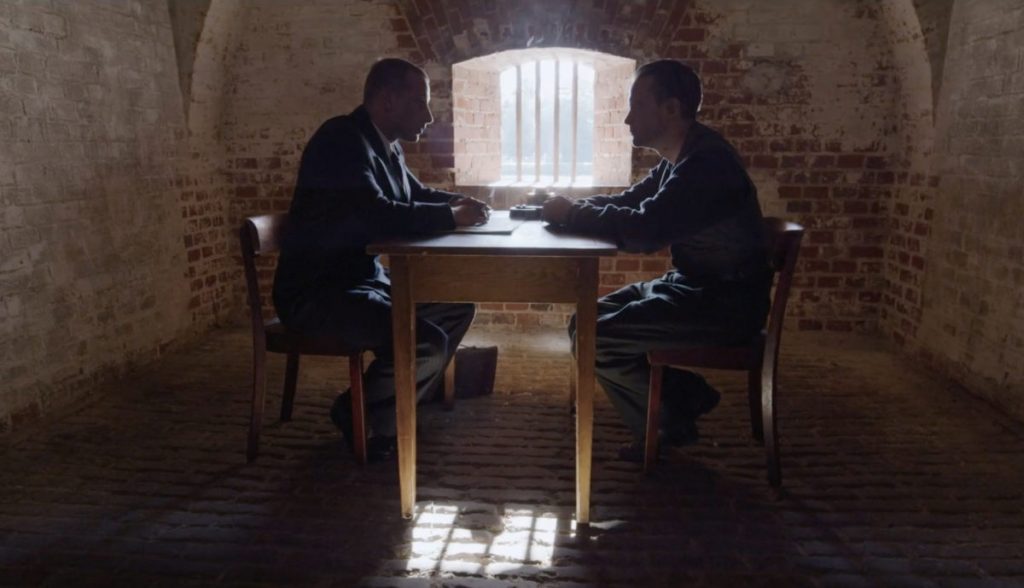 The performances help with this as well. Diehl and Pachner are both terrific in their respective roles. They are a believable couple, and their convictions never ring out as anything but the absolute truth. Some familiar faces turn up as well, including the now-deceased Bruno Ganz and Michael Nyqvist. Jurgen Prochnow and Matthias Schoenaerts have vital roles as well. Even if these various supporting characters are not established for the sake of more in-depth exploration, they inform what we know about Franz and Franziska, and what to take away from the film’s ruminations regarding the difficulties of challenging tyrants with what one stands for.

While Malick is famously reclusive, one can’t help but consider what he was thinking while writing and shooting a film so focused on presenting a mere mortal dealing with the troubled times concerning the rise of a demagogue and how their followers sold out everything to stand by them. However, whether or not Malick’s intent was to construct a film with timely relevance or one reflecting the universal nature of the power of belief, he’s drawn upon his own energy and personal feelings to create another ambitious and momentous work of cinema. It asks for a level of commitment from the audience to consider what it’s trying to accomplish, but those on Malick’s wavelength can stand firm with its delivery. 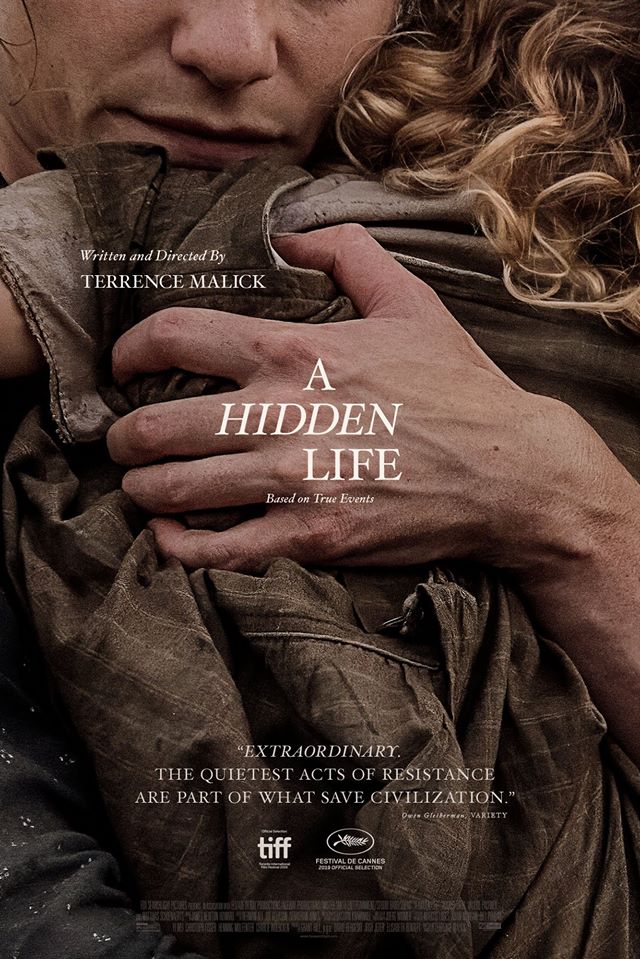 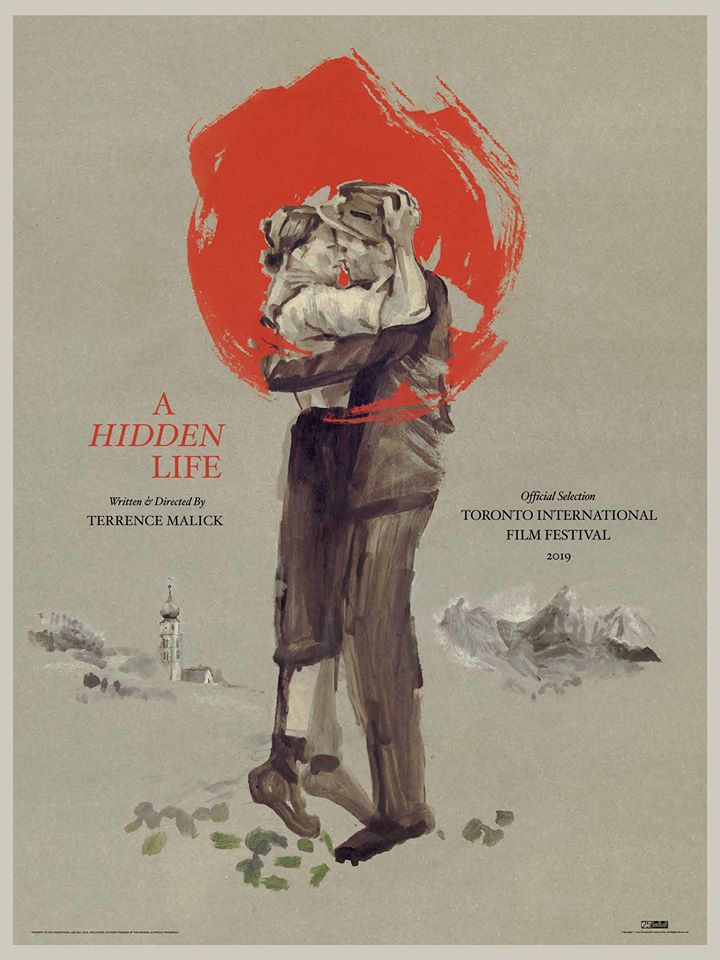