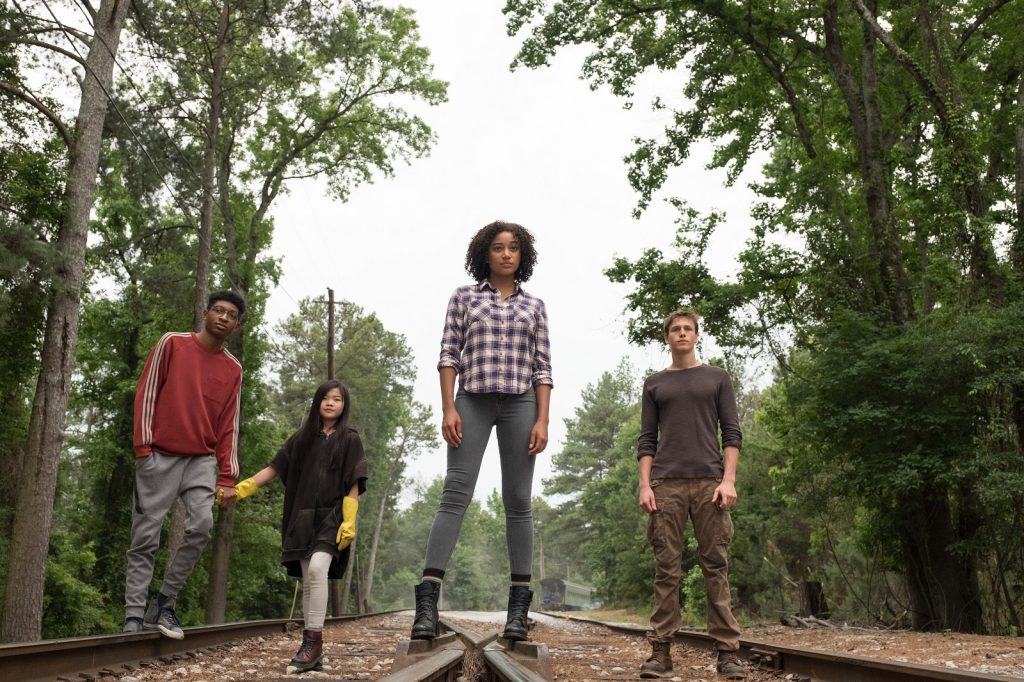 It would be great to say the surge in popularity for YA book adaptations, specifically the science fiction stories, has led to plenty of excellent features. No doubt there is an audience for many of these films that bring to life characters found in bestselling series that I only become aware of after the fact. The Darkest Minds is another such attempt to find success in the way few others (Hunger Games, Maze Runner) have. Unfortunately, despite an intriguing setup and effort put in by many of the cast and filmmakers involved, the film does little to diverge from the pack, let alone give hope that we’ll see these characters and this universe again.

For this latest teenager-focused adventure, we are presented with a world where a pandemic has wiped out 98% of the world’s youth under twenty. The surviving children develop various superpowers, which is, of course, deemed a threat to the government. Amandla Stenberg stars as Ruby Daly, one of the most powerful teenagers, as she falls under the color classification of an “Orange,” the highest form of these superpowered kids. Ruby manages to escape the internment camp these kids are put into, and goes on the run with other similar kids with different powers, in search of a hidden sanctuary.

Right away, The Darkest Minds is intent on throwing the audience into this strange and dark world. It opens up many questions. Yes, the film has a point of view, so not every aspect of this version of earth needs to be immediately understandable. However, it doesn’t mean I’m not curious. This is especially the case when the film takes a six-year jump early on, making me well aware that Ruby has a lot of knowledge about certain things but not others. 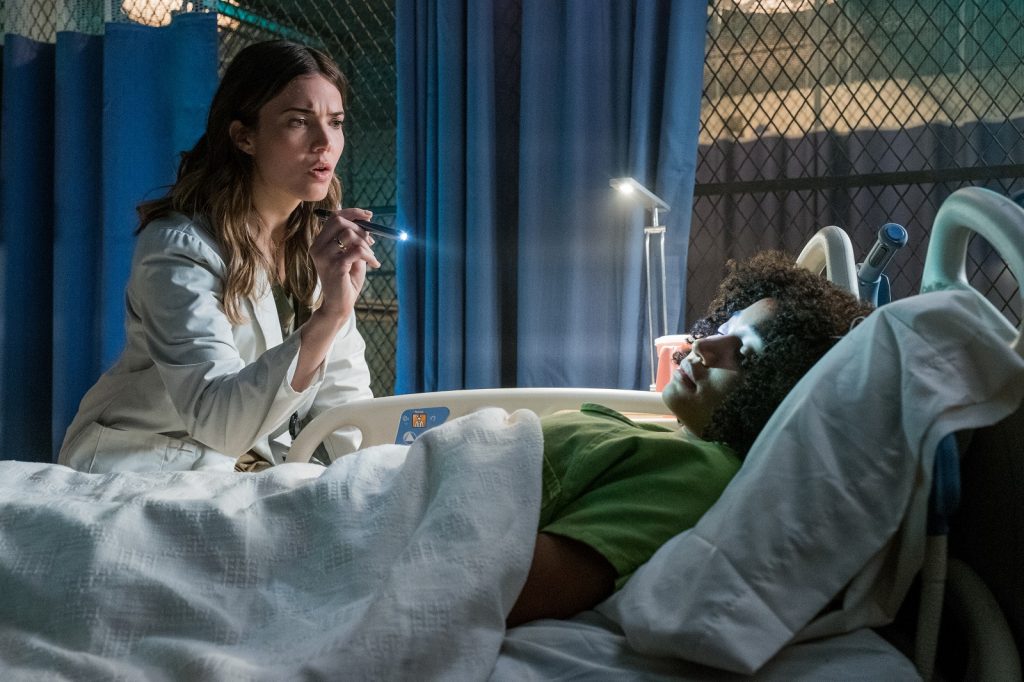 Given how unfortunately timely the idea of seeing children in internment camps is, along with the various other ideas concerning kids born as certain types of people and what it means to be divided by color (again, based on the different psychic powers these kids have), the subtext becomes text. So with that in mind, it makes The Darkest Minds seems more interesting regarding concept, rather than plot. As fun as it may be to watch Ruby go off on an adventure with her newfound pals, telekinetic Liam (Harris Dickinson), super smart Chubs (Skylan Brooks), and lighting fingers Zu (Miya Cech), I couldn’t help but be more fascinated by the politics of this society, the world’s reaction to what’s taking place, and general queries concerning these kids (do parents still conceive children?).

Based on the first book of a series written by Alexandra Bracken, there is an aspect that’s quite clear to me about this film – the core concept is the target for a specific audience. Now, I may be of the mind that all movies should be for everyone, but after seeing so many of these YA sci-fi dystopian franchise starters, there’s only so much I can try to appreciate, knowing that a rabid fanbase of book readers will have more to care about than I do. It doesn’t let the film off the hook, but The Darkest Minds succeeds and falters in other areas beyond the standard plotting of such a tale.

Similar to directors such as Andrew Stanton and Brad Bird, animation director Jennifer Yuh Nelson (Kung Fu Panda 2) make’s her live-action film directing debut with The Darkest Minds. Given the modest budget matched against the scope of a movie like this, enough is going on visually to give credit to the attempt to deliver an interesting looking film. It may not have a unique high concept like The Maze Runner, but the various powers, action sequences, and locations allow for enough to keep things somewhat fresh. 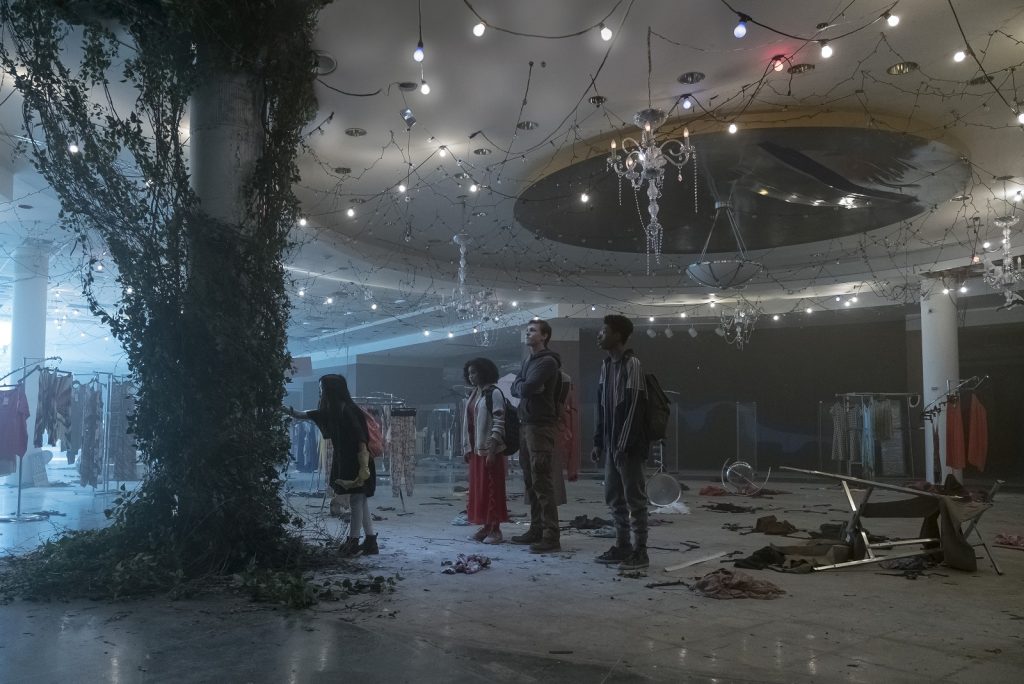 Character-wise, Stenberg does enough to make for a strong lead character. Similar to this year’s A Wrinkle in Time, here’s another film that has a lot of good ideas and casting choices that bring in people we don’t generally see as the leads in films like this. As a result, the participation of various people allows for the film to take on certain dimensions that only amplify the themes.

There’s also something to say for the way this film chooses to handle the standard romantic plotting required for this sort of film. While the options eventually rest between a character who is seemingly always three steps away and a walking, talking manifestation of male toxicity, the story manages to keep Ruby’s choices as the priority. She ultimately makes the right decisions given the position she’s in, even if it’s a ploy to prolong a certain inevitable for future installments. 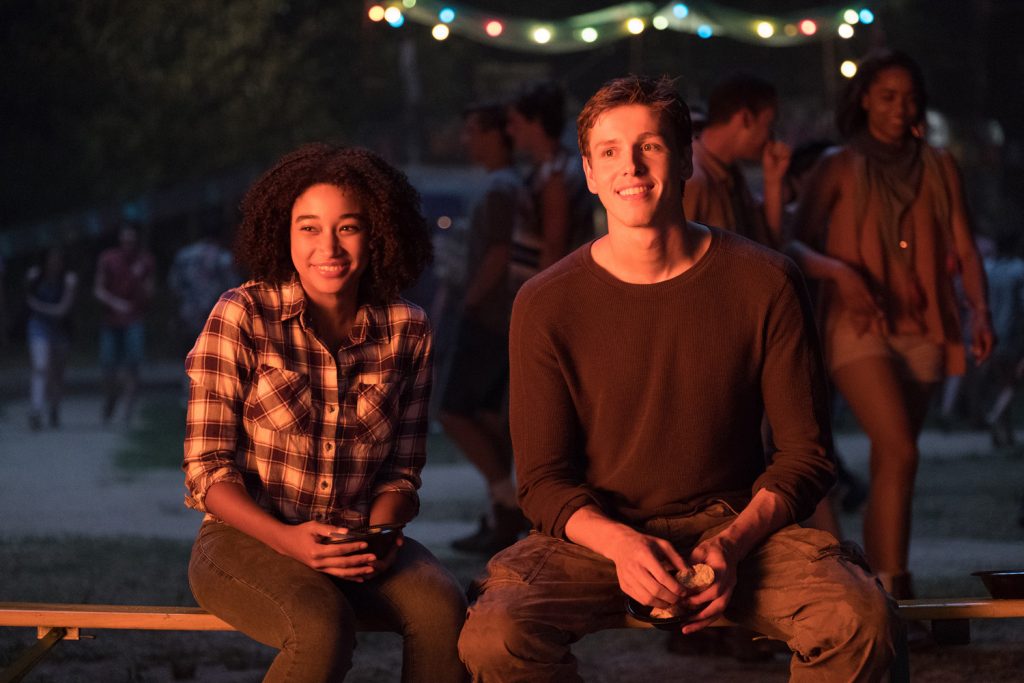 Sadly, there may have been a better film to work with if The Darkest Minds kept its focus on telling a singular story. With so much setup at both the beginning and the end, the film ends up feeling plagued by information. It often feels like the film is in a rush to get us to understand a lot of things about this world and the potential, but forgets to let us revel in the wonder of what is current. Sure, some of the extraordinary powers are put on display, but we seem to skim over so much of the “where” and “why” of it all.

Certain expectations come with films like The Darkest Minds. I would have been happy to see the film deliver on its take on how a bunch of teenagers fight to take down an oppressive government. It didn’t work out that way, as this felt like another mixed bag of ideas, lackluster writing, and bland supporting elements. It looks fine, and there’s a younger audience that will likely get something out of seeing this story come to life, but The Darkest Minds doesn’t quite pass the test. 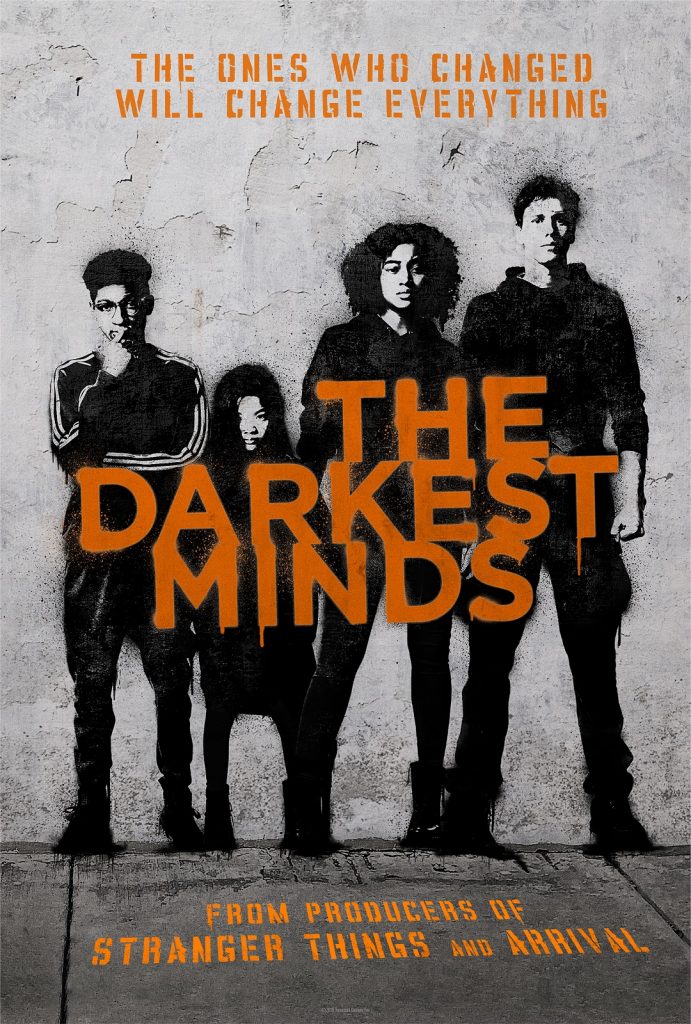