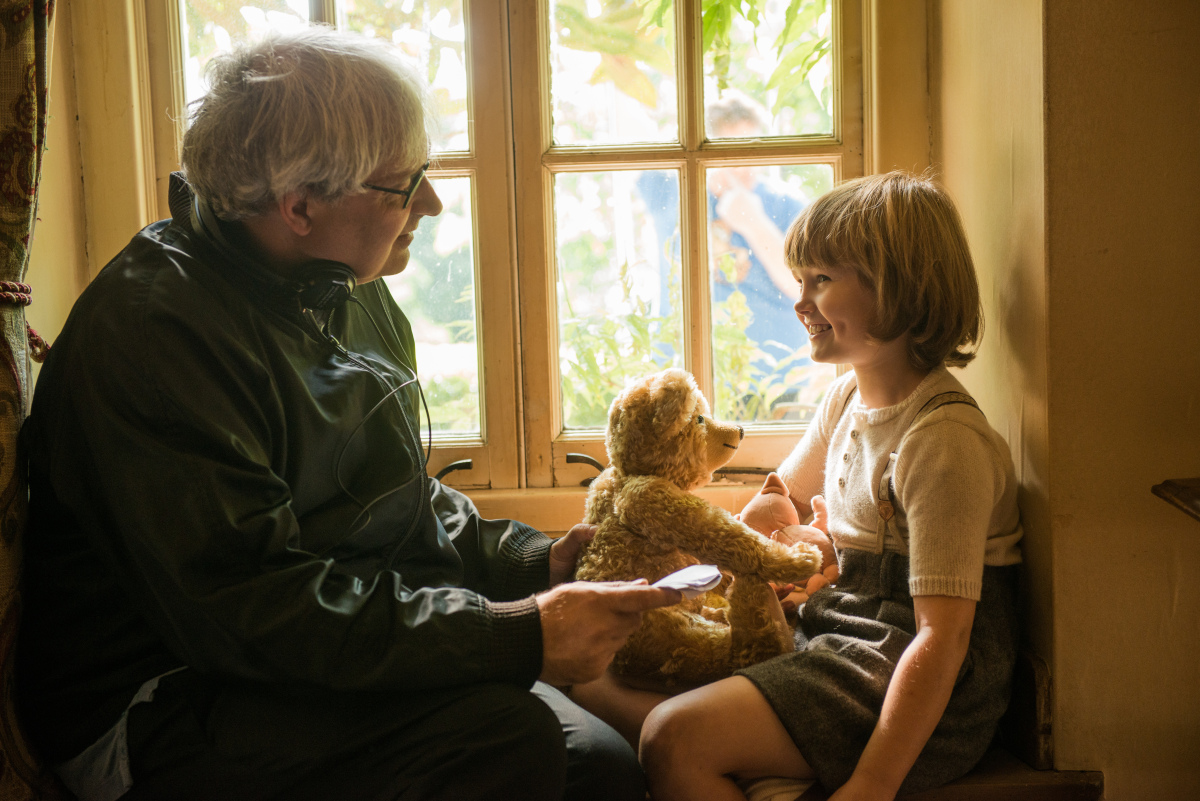 I was lucky enough to sit down with director Simon Curtis to discuss his latest film, Goodbye Christopher Robin. Simon was very happy to sit down and answer some of my questions about the film as well as working in the film industry.

Scott Menzel: Thank you for sitting down and talking with me. How does it feel to be finally unleashing your next baby into the world?

Simon Curtis: That’s a good question and not one I’m asked often. I find it difficult, because there are just so many different opinions, and they are all over the place. It’s very exposing, actually. There’s something about my work that, I don’t know what it is, that the critics are sometimes quite harsh about, but the audiences love. Do you know what I mean? I’m sort of getting used to that, I’m not quite sure what that is. The film opened in London to mostly very good reviews and a lovely response. So, I’m excited about it opening here.

I think also it’s very well timed because you think it’s just going to be a film about Winnie The Pooh, and all that. But it’s actually quite a profound film I think and I credit the writer with that. It’s about a lot of themes like England is wounded. I hadn’t realized that the stories, the Winnie The Pooh stories, became famous so quickly because they were a way for readers to recapture more innocent times. I think that is a theme that will resonate now.

Scott Menzel: Yeah, it’s interesting how that kind of story perfectly fits everything that has been going on for the last few weeks.

Scott Menzel: That was actually going to be my next question is, why was now the right time to tell this story?

Simon Curtis: That’s not really the way it works. You get a script, but you don’t think, “Oh, it’s a perfectly timed film.” You think, “Oh, this is a really interesting story.” I’ve done films about pulling back the curtain on what actually happened on the story that’s in the public domain. There’s something about this film, which is basically where the nanny says, “Love your families. You never know what happens next.” That is a theme well worth hearing right now.

Scott Menzel: I completely agree. I just need to tell you something about what you said about a disconnect between critics and audiences. I went to Toronto International Film Festival this year, and there’s a couple of movies I saw there that critics are middle of the road on like Breathe is one of them and Suburbicon is another one. There is this overwhelmingly positive response from the audience but then most reviews are pretty middle of the road. So I’m starting to see this a lot more now. There’s a huge disconnect between critics and audiences on certain films.

Simon Curtis: Well, Woman In Gold got some harsh reviews and then became the top-rated Indie film of the year. I mean, the audiences just kept on coming. It was in the cinemas for four months or something. So, that’s something.

Scott Menzel: Yeah, it played at some of the smaller theaters for a really long time. I live up in Sherman Oaks and I remember it played at that Laemmle Encino theater for months.

Simon Curtis: I know. My parents-in-law live on Louise right there, so I know that to be true.

Scott Menzel: Yeah, it was crazy. So, I am so curious about how you decided on each actor that you picked for these roles, let’s start with the boy. How did you pick him?

Simon Curtis: Well, it was a long process of meeting lots and lots of kids. I did something very brilliant, the top three boys we took them to the location with Domhnall and a small crew. We shot each of them for two hours in a handful of different scenes. This really proved which actor was our boy. I wanted to be able to see if he could go from a sad scene to that focus scene, to that physical scene. Would there be chemistry with Domhnall, and so on. It was a really good and then we had these little 10 minute films of each of them, that the studio could see. It was a very clever thing to do, actually.

Scott Menzel: Were Robbie and Domhnall, the first choice for their roles?

Simon Curtis: They were just great actors of the moment who responded to the script. I liked that they’re both super smart as well as super talented. It was great to do that.

Scott Menzel: So directing wise, there’s a couple of scenes in this movie that stands out.

Simon Curtis : What are they?

Scott Menzel: For me, I love the scene where the film goes from a summer day to a winter day.  Where Milne and Christopher are playing and then he has a flashback to the war and tackles his son, and then he begins to react to his actions. I love when his son goes something like, ” I want go back to the summer now.” I also liked how the snowfall comes up. from the ground in that scene. The other ones that really stood out were the ones where you combine illustration with scenes of the actual actors. How did you manage to create those?

Simon Curtis:  Well, first of all, I’m going to sound off about something. One of the critics in London condemned me for overuse of CGI in the film, because the snow rose. That was something the writer wrote, not me. Secondly, this is the least CGI film of the whole fucking year. I couldn’t believe it. It was the most low-tech film of all time. So, that was a very complicated scene to do, because the snow was a mixture of artificial snow and CGI. The artificial snow, I couldn’t walk to actors, because I would leave footprints.

As for the drawings that was something we planned to do with our own recreations of those famous drawings. Christopher Robin walking in a funny way eating the apple. So, we did those versions. Then we created all of that in post, actually. We didn’t know how we were going to do that.

Scott Menzel: What did you do in order to create such natural chemistry between Domhnall Gleeson and Will Tilston?

Simon Curtis:  Well, you hope for the best. You cast two people you like. They liked each other. Domhnall was very brilliant with the boy. I give him a lot of credit for that. And also having time as well. The heart of the film is that summer they spent together, the halcyon days they spent together. A lot of that was stuff we planned, and a lot of it was “Okay, we’re in the forest lets just improvise”, and they created themselves. While we were filming one of the crew had found this frog in the grass. I said, “Well, give it to them, just give it to them.” And they just went with it.

Scott Menzel: That’s great. You don’t get to hear stories like that very often. Most people are always on a time crunch.

Simon Curtis: No, you don’t. It really taught me something, actually, which is you’ve got to build into the schedule. Because every day you’ve got these eight scenes of actually … Just have a blank bit there. Now, we’re just going to have an hour just to hang out. Do you know what I mean?

Scott Menzel: Yeah. You have to leave time for the actors to bond and get to know one another. I actually really appreciated that there weren’t that many characters to focus on. This was very much a four-person story.  So, as a viewer, you were able to really get to know these characters and understand where they’re coming from. I thought the best scenes in the movie were the scenes in the wilderness.

Simon Curtis: The first half of the shoot was entirely in and around that house. This is a love letter to England.

Scott Menzel: I liked the scene where they come over to America, and how in this moment is when everything gets exposed. Is that almost like a statement about people whoring their kids out?

Simon Curtis: Yeah. To be fair, they didn’t know that was the journey they were to go on. It was unprecedented. It’s not like adding the next Kardashian to this thing, you know?

Scott Menzel: No, I totally get it. I just found it interesting because that is so American.  My last question, what do you want audiences to take away from the film?

Simon Curtis: As the nanny says, “Cherish the people you love, because you never know what’s going to happen next.” I think again, in this week, in this year, that’s a very important thing to hear. Also, everyone’s on their phones all the time. Put them down and just cherish your kids, because one day they’re not going to be there. Hopefully, they won’t go off to war, but they’re going to go off somewhere.

Scott Menzel: Absolutely. I agree with you completely. Well, Thank you very much. Nice meeting you.

Simon Curtis: Nice meeting you as well. You made a really good interview, thank you. 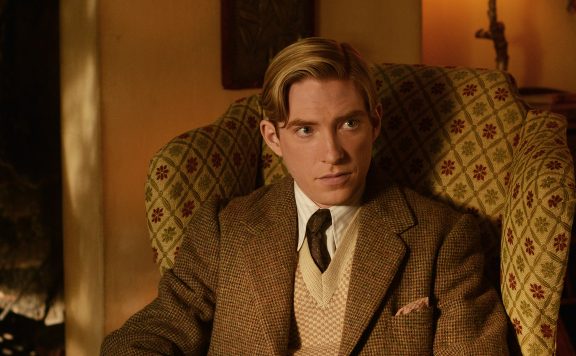 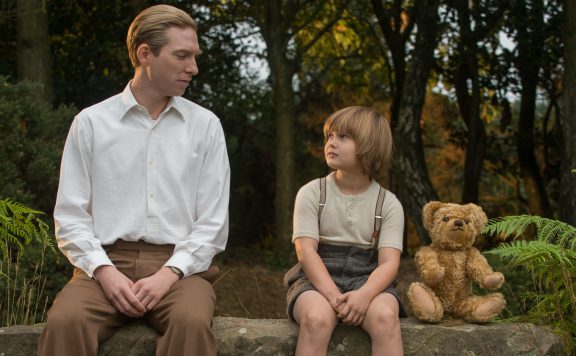