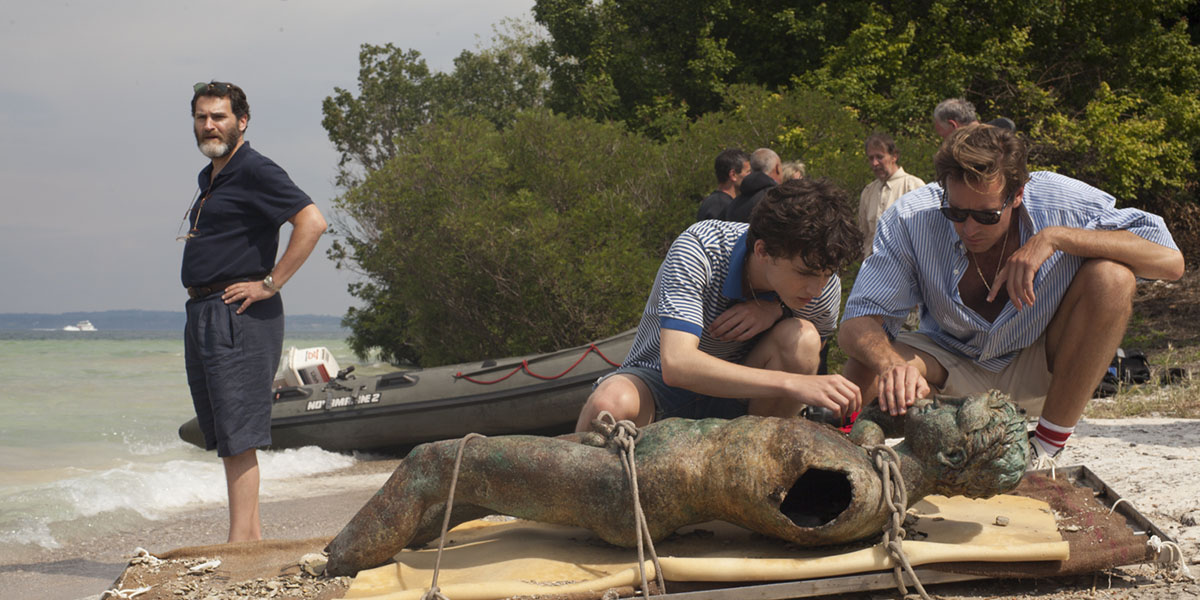 Call Me by Your Name premiered at TIFF to a more than enthusiastic crowd. The audience was excited to see the film that received so much praise from Sundance and responded with huge applause at the beginning and end of the film. Call Me by Your Name tells the story of Elio (Timothée Chalamet) and the summer of his sexual awakening. His family lives in a small town in Italy for the summer where his father works. A gentleman by the name of Oliver (Armie Hammer) comes to visit and work with his father. They realize that there is more to their relationship and that there are desires that lie under the surface. These desires begin to come to fruition, and Elio discovers more about himself through his relationship with Oliver.

There is no denying that Call Me by Your Name is a beautiful film. It is filled to the brim with spectacular music, visuals, art, emotions, and scenes. There is fantastic chemistry between Armie and Timothée and their relationship seems genuine and pure, which doesn’t always work to be the case. Timothée plays Elio with an ease and pure nature. His mannerisms and speech perfectly match a young man working through the sometimes awkward parts of relationships and sexual encounters. His musical ability displayed in the film is a superb touch.

Armie gives a layered and equally spectacular performance with subtle nuances that bring the character to life. Their relationship together is portrayed excellently. There have been films and television shows that have tried to handle such a material and failed to show the beauty and purity it in. Call Me by Your Name tells a love story in the truest sense. Elio and Oliver develop feelings and desires toward each other and give the audience a very intimate view of it with such a tenderness for the subject matter and material.  Michael Stuhlbarg, while not a huge role, has his moments in the film that round out the story.

While there are many aspects of the film that are superb, I would be remiss not to mention a few things that could’ve been a bit better. I felt that the length of the film was slightly too long. There was a little too much time spent developing Elio that didn’t add to his character but was there nonetheless. The film also has what I felt to be a false ending. Michael Stuhlbarg gives one of the most touching speeches to Elio toward the end of the film and actually would’ve made quite a moving ending, but the film continued for a few minutes after that. I felt that it would’ve been so compelling to end after his speech to Elio, but again, that may just be personal preference.

With a film like Call Me by Your Name, each person is going to have a different experience with the film but will appreciate it for the sensational film that it is.  From Timothée’s playing of the piano to a conversation where people are commenting that “cinema is a mirror of reality,” the film is meticulously crafted, and it cannot be denied that it is a labor of love. Two stellar lead actors with wonderful chemistry and a timeless story of love and a sexual awakening make Call Me by Your Name a beautiful film and one that is sure to stay in your heart.