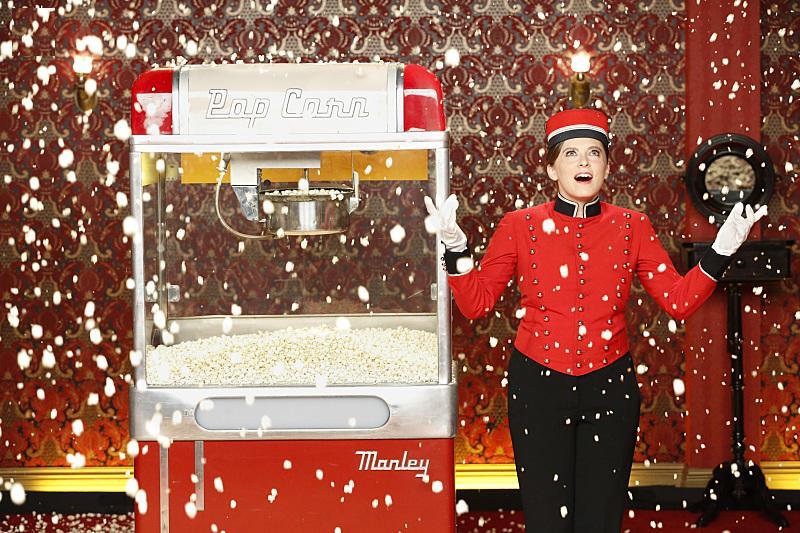 I have been a huge supporter of Crazy Ex-Girlfriend right from the start. I fell in love with Rachel Bloom’s Rebecca Bunch very early on last season and loved how the season progressed up until the season finale which sadly left me pretty disappointed. It was odd because while I always felt some episodes were stronger than others, the series as a whole never let me down until the season finale. Since the show ended, I have attended two live shows and even met Rachel Bloom after one of them. She was so incredibly down to earth and spent several minutes talking to my wife and I as well as everyone else who waited in line to meet her.

After seeing her and some of the cast perform musical numbers live at the Largo, I simply ignored my disappointment with the season finale and had been eagerly waiting for season 2 to premiere. Well, last night was the very first episode of season 2, and I was extremely excited for the return of Rebecca, Greg, Josh, Paula, Daryll and the rest of the gang to the CW.

Season 2 opens 15 minutes after last season’s finale. Josh and Rebecca had sex in his car, and then Rebecca opens up and tells Josh the truth about how she moved all the way to West Covina just to be with him. This gets Josh thinking about that which is how the episode opens. As Josh begins to question what Rebecca said and her strange actions, Rebecca quickly turns the tables on Josh to make him feel like he is the one who is moving too quickly.

Despite having this conversation, Josh stays with Rebecca as he has officially left Valencia and given her the apartment. Josh and Rebecca have sex often, but Josh refuses to spend the night with her in bed. Instead, after whatever sexual activity occurs, he goes to sleep on the couch. When Rebecca starts pushing the issue more, Josh pushes back. Rebecca tries to ease Josh into the bedroom by giving him his own drawer. Still feeling uncomfortable about it, Josh has a dream about Greg and decides to move back to his mother’s house because he can’t commit to Rebecca when she hasn’t told Greg that their relationship is officially over. 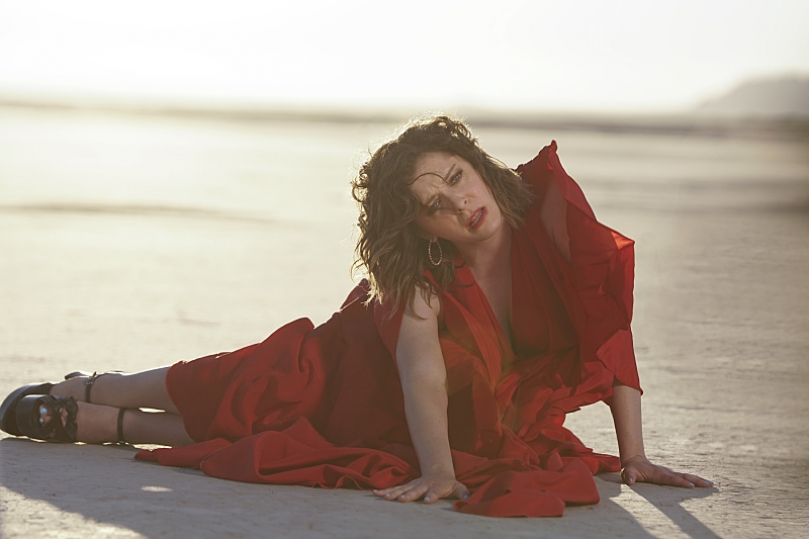 Meanwhile, Paula and her husband, Scott have evolved their relationship quite a bit from season one. Paula opens up to Scott about how she feels as though something is missing from her life. Paula realizes that she is addicted to Rebecca’s drama and decides to step back from helping her with her crazy antics and look for something else in her life that she can focus on.

Still determined to get Josh to come back to her, Rebecca tries to track down Greg but fails to do so. She recruits a reluctant Paula to help and after using what Paula labels “Bambi eyes,” Paula caves in and helps Rebecca find Greg’s whereabouts for the past 30 days. The two soon learn that Greg was court ordered to attend AA meetings due to an alcohol addiction. Selfish Rebecca, who somehow doesn’t seem ever change, immediately asks Paula if it’s the wrong time for her to tell Greg she’s dating Josh.

After this interaction with Rebecca, Paula decides it’s time to write up a legally binding contract that she presents to Rebecca about how she will no longer do anything illegal to help her out. Rebecca questions her friendship with Paula but is quickly reassured when Paula makes the contract more about her actions rather than Rebecca’s.

Shortly after this, Rebecca returns home and walks around her empty apartment. She yearns for Josh but he isn’t there. A few moments later, there is a knock on the door and low and behold, it’s Josh looking for his special socks. It doesn’t take long before Rebecca and Josh begin to have a serious talk about how they shouldn’t be having sex anymore but sure enough, moments later, during a musical interlude entitled “We Should Definitely Not Have Sex Right Now,” they have sex multiple times. This leads to Josh falling asleep in Rebecca’s bed which as you can imagine, makes Rebecca incredibly happy. 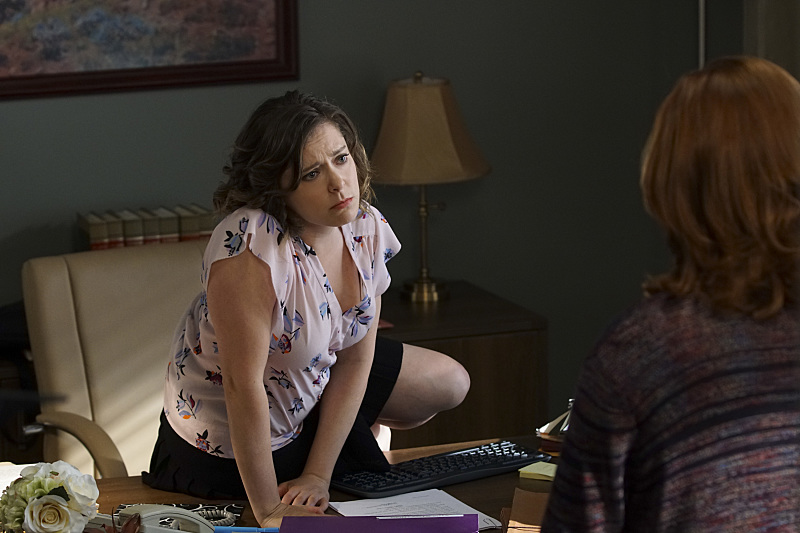 After waiting several months for season 2 to debut, I must admit that the first episode entitled, Where Is Josh’s Friend? was all around disappointing. Rebecca quickly goes back to her old ways as though nothing in the last few episodes of season one has affected her in any way. She is still manipulative and selfish. The entire episode sadly feels like a complete rehash of last season where everything that Rebecca wanted is ripped right from beneath her feet as she tries to control it.

To be honest, there was nothing about Rebecca in this episode that made me want to root for her. Instead, I felt like I wanted the show to shift gears and focus more on the lives of Greg, Paula, and the relationship between White Josh and Daryll. The last season focused most of its time on Josh and Rebecca going back and forth while having little romantic moments here and there. Now, that Josh is single, it doesn’t come off nearly as entertaining nor interesting. It just kind of feels like the joking is running out of steam, unfortunately.

To make matters worse the musical numbers in this episode were also rather disappointing. They weren’t nearly as catchy or clever as many of the ones found in the previous season. I feel like unless you have seen the Beyonce’s Lemonade video, the song and video for “Love Kernels ” isn’t all that entertaining or funny. While I wanted to enjoy the whole “We Should Definitely Not Have Sex Right Now” song, I struggled with it due to how predictable the plot was at that point when Rebecca and Josh burst into song.

The one thing I will praise about this episode is the character development given to Greg. I like that Greg is a flawed yet realistic character. His speech at the AA meeting felt very genuine, and I always found myself rooting for his character in the previous season. I am curious to see where this new season takes Greg as well as Paula.

All in all, I am hoping that this is just a sluggish start to an amazing new season. I love this show and it’s characters so very much. However, there is no denying that this season needs to develop Rebecca and Josh more as individuals. It can’t be this constant on and off between the two of them for another 18 to 22 episodes. It just won’t work. I know Bloom is smart, funny, and incredibly talented so I’m sure that within the next few weeks, I will look back at this rocky start and say it got so much better. Hell, I will even go as far and say that it will be even better than that nearly perfect first season. Fingers crossed. 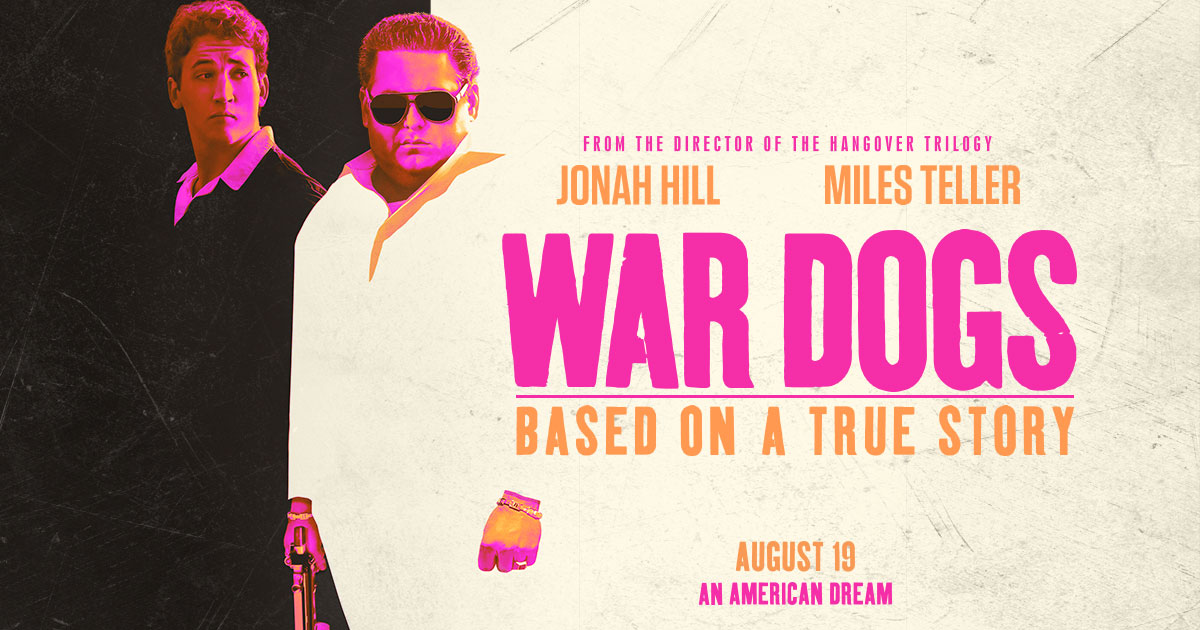