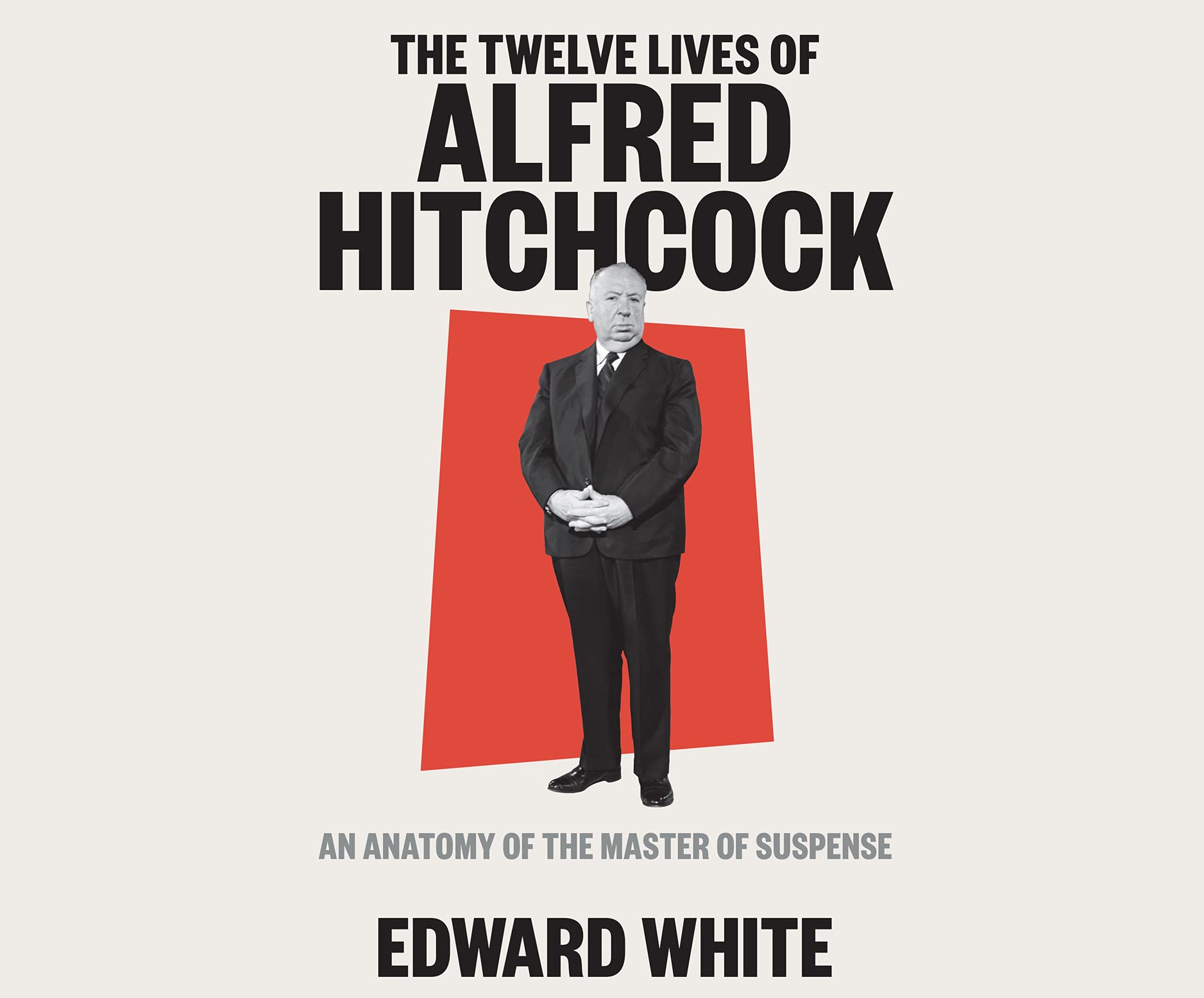 In The Twelve Lives of Alfred Hitchcock, which is out now (audiobook coming in June), film historian Edward White explores the Hitchcock phenomenon. The savvy author takes us on a deep dive beyond the mystique—what defines his genius, when it was invented, what it reveals about the man at its core, and how its legacy continues to shape our cultural world. 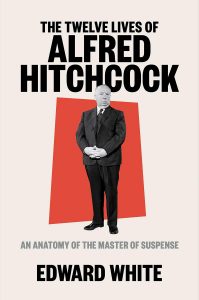 Each of these angles reveals something fundamental about the man he was and the mythological creature he has become, presenting not just the life Hitchcock lived but also the various versions of himself that he projected and those projected on his behalf.

For this reader (or listener, as the case may be), the most interesting and absorbing chapters are the ones that reveal personality-driven observations about Alfred Hitchcock and probe into his near-invention of “the male gaze” on film (as well as observations on how he perceived himself). His weight, and how he felt about it, is scrutinized in The Fat Man chapter, while how he chose to dress that body is dissected in The Dandy. The Master of Suspense is at the center, but the book also goes into satellite discussions on the same. For example, The Dandy chapter delves into the history of dandyism from Beau Brummel to Oscar Wilde, even to Liberace, and then segues into Cary Grant’s tailor and his costumes in the films he did with Hitchcock.

Sexuality, perhaps, needless to say, factors in big in The Twelve Lives of Alfred Hitchcock. The author gives us a glimpse into the filmmaker’s own sexual inexperience, his marriage to Alma, his obsession with various “Hitchcock Blondes,” the influence of Sigmund Freud at the time, and much more. There’s a good bit about women were portrayed in his films, as well as homosexuality, death as a stand-in for sex, and the forbidden in general. Author White presents, but never judges, not even in the passages about Hitch’s outrageous treatment of Tippi Hedren. White brilliantly conveys context, both cultural and era-specific, to each problematic aspect of the auteur’s unique, multifaceted personality. 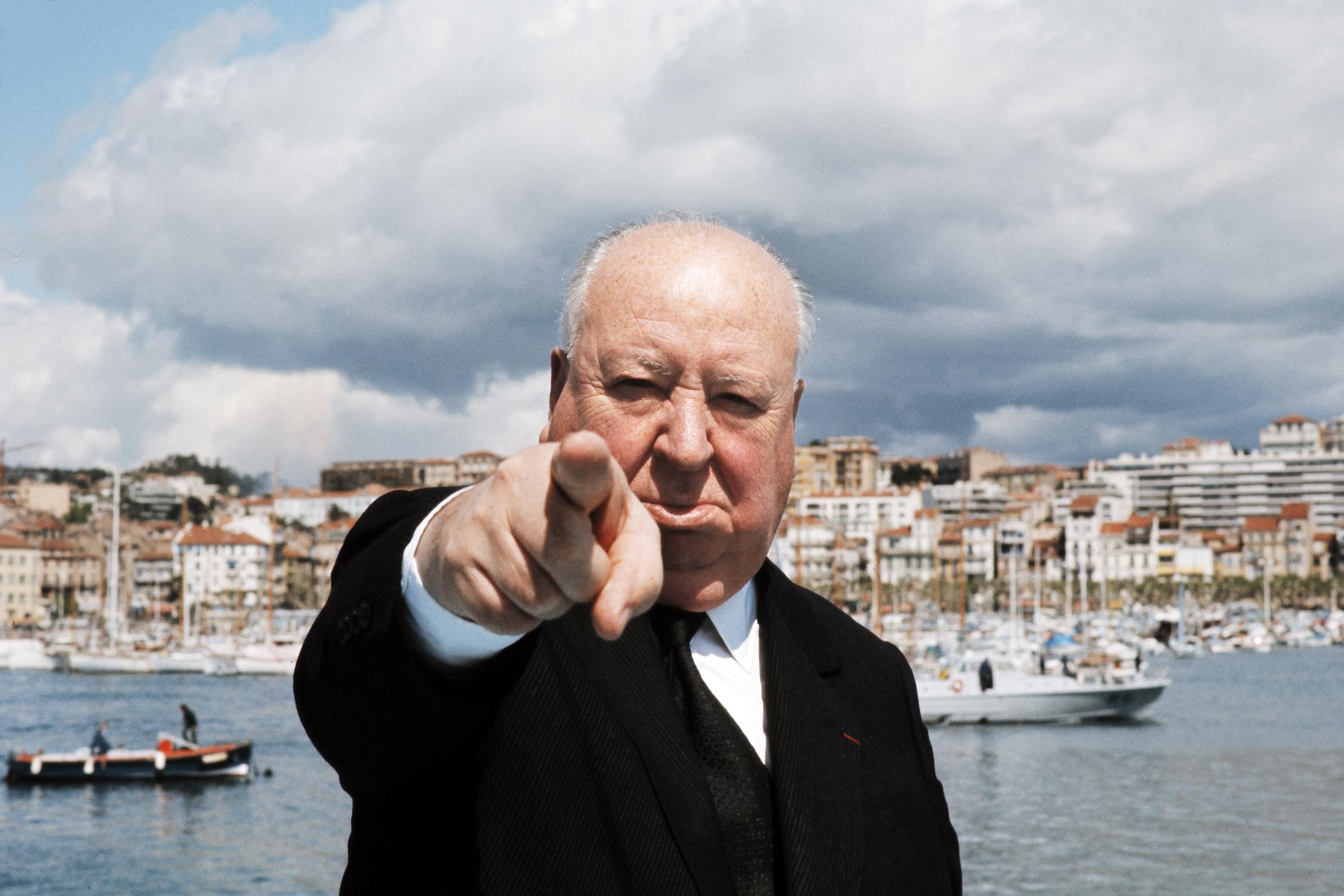 Like Hitchcock himself, the book is often humorous. Perhaps the best example of this is in the chapter that investigates the child characters in Hitchcock films, and how he related to, and directed, his young actors. There’s a story about how he got 7-year-old Billy Mumy to behave on the set of the TV series, Alfred Hitchcock Presents that will either have you giggling or shaking your head with disapproval.

The Twelve Lives of Alfred Hitchcock does examine each film, but within the context of the chapters’ themes, so it is not a linear, A-Z layout. White also takes delightful detours beyond film and into the Hitchcock “brand” with looks at his titular magazines, book series, TV shows, etc. There’s also a section on Hitchcock’s enduring influence on other creators—ranging from the expected (Brian De Palma) to the unexpected (Eminem).

This is an admirably researched and beautifully written tome, one that you may refer to over and over again. Qarie Marshall’s narration on the audiobook is clear, concise, and well-phrased. No surprise, since he is the voice of The Discovery Channel series I Shouldn’t Be Alive, one of the characters on 24: The Game, and Radio Host of NPR’s Morning Edition. 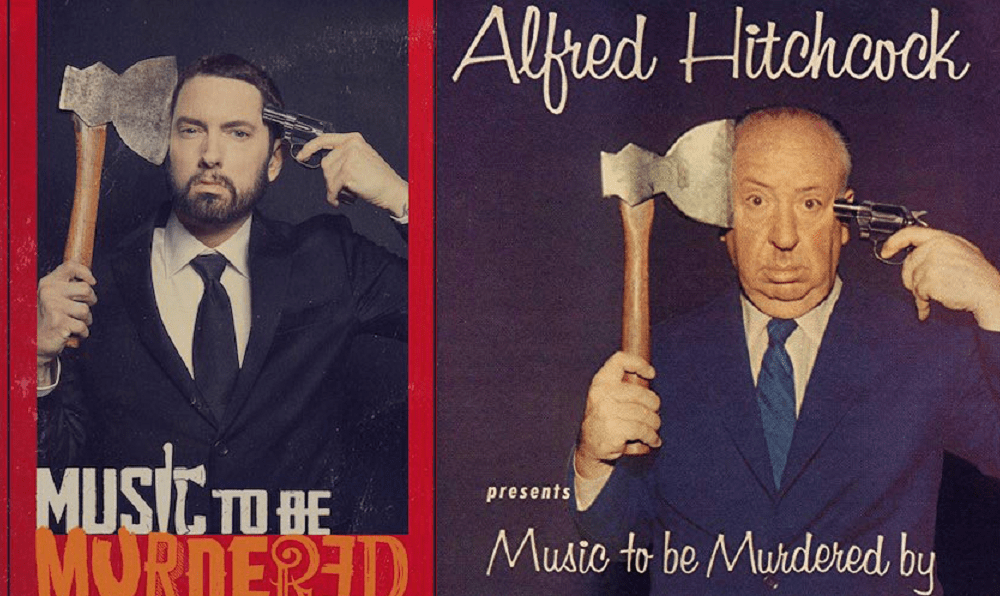 In The Twelve Lives of Alfred Hitchcock, which is out now (audiobook coming in June), film historian Edward White explores the Hitchcock phenomenon. The savvy author takes us on a deep dive beyond the mystique—what defines his genius, w...
0
Average User Rating
0 votes
Please sign in to rate.
Writer(s):Edward White