The subject of teenage sex and the consequences, which includes pregnancy, are normally handled with a mixture of awkwardness and heavy dramatic moments with a bit of comedy mixed in. Then there are films like Snatchers that toss these elements in a blender and adds blood, body parts, and a tongue firmly planted in cheek.

Sara is a teen who is worried about her status at school, has alienated her best friend, and still has feelings for her douche boyfriend. After having sex for the first time, Sara wakes up the next day nine months pregnant with a baby that is not of this world. Soon the baby is running amok in town, and it is up to Sara and her estranged best friend Hayley to save the town and the world.

Directors Stephen Cedars and Benji Kleiman deliver a fun story that doesn’t take itself too seriously most of the time but still allows room to acknowledge the seriousness of the subject matter. There is a scene in a police interrogation room involving Sara and her mother having a discussion on the consequences of premarital teenage sex that is a perfect example of this. While the scene never gets too heavy, it is one of the more serious moments thanks in part to the talent on screen. 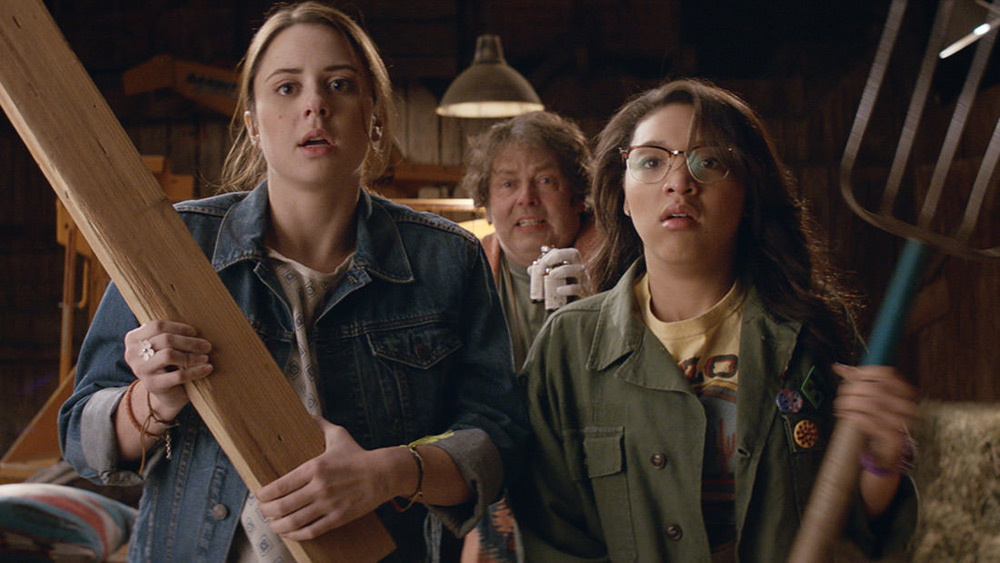 Mary Nepi’s Sara is a combination of an awkward teenage girl and badass alien fighter. You feel her growth as she learns about the harsh reality of life and the best way to kill a bloodthirsty, horny alien. Amy Landecker plays Sara’s mom Cheryl. I loved how Cheryl put up the front of a happy-go-lucky person who underneath struggles to connect to her daughter. Landecker plays this perfectly. Hayley is Sara’s friend who was kicked to the curb, as Hayley puts it, once Sara got boobs before her. Gabrielle Elyse really gets into this role, and she is the one you feel the most sympathy towards. Elyse brings strength to the character to make the audience realize she can also handle herself and the normal high school baggage life throws at her. Then there is Skyler, Sara’s boyfriend, perfectly played by Austin Fryberger who gets some of the funnier moments. The talent play off each other well. The dialog is also comedic in the overabundant use of cliche modern catchphrases. While “cray” and “totes” may still be used by today’s teenagers, their excessiveness got a few laughs out of me.

Snatchers has a large number of practical effects which is always a good thing to see in a film like this. I thought the design of the creature was particularly fun and gruesome. CGI is used sparingly and, outside of a particular shot at the end of the movie, blended well with the live action. There are plenty of realistic body parts and blood to make the gore whores smile. The full-bodied orchestral score that is heard throughout was a pleasant surprise for a film like this. Not only did it help with the emotional moments, but it is also good enough to listen to on its own.

There are just a couple of times where the film’s pacing falters. Some of the supporting characters are cliché, but I believe those characters are supposed to help add to the humor. There were minor plot holes that I had wished they filled in but they were not enough to affect the overall experience. Snatchers is a refreshing mashup of teenage coming of age and gory horror that I think will appeal to the twenty-something horror fans out there “fo shur”. 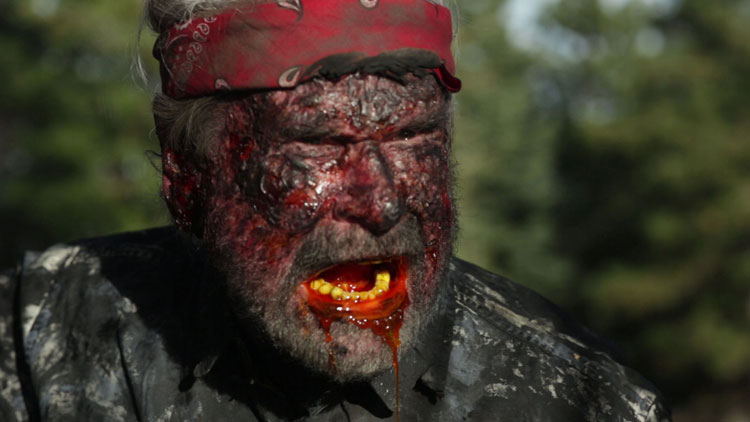