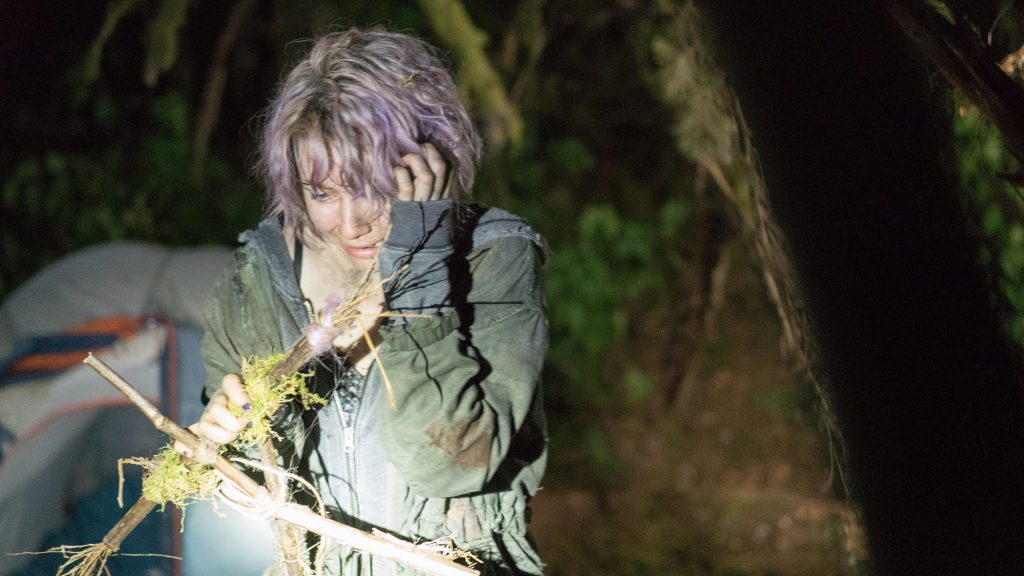 Let’s get this out of the way right off the bat: I found The Blair Witch Project (1999) to be a superior film to this new Blair Witch. Its brilliant marketing aside, that film also has levels of subtly, ambiguity, grittiness, and chilliness that this film lacks. That said, this Blair Witch is a far better sequel than the ambitious but absolutely terrible Book of Shadows: Blair Witch 2 (2000).

Blair Witch takes place in 2014, with James (James Allen McCune) all grown up and wanting to travel to the creepy woods his sister Heather (from the original film) was lost in years before. With his friends Peter (Brandon Scott), Lisa (Callie Hernandez), and Ashley (Corbin Reid), he hopes to find out what really happened to Heather and her filmmaking team.

Armed with camping gear and lots of new-age tech (including earpiece cameras and a drone), the group sets out to the Black Hills woods in Maryland. Once there they are joined by Lane (Wes Robinson) and Talia (Valorie Curry), two mysterious locals who claim to have recovered the lost footage from Heather’s party. The six of them trek into the dense woods and things expectedly begin to go wrong.

With Blair Witch being written by Simon Barrett and directed by Adam Wingard (the smart duo behind You’re Next (2013) and The Guest (2014)), one might expect a little more innovation and fireworks than they get here. The film is certainly competently made and has a few nice tricks up its sleeve, but unfortunately its first half feels too familiar and its second half has hit-and-miss results when it finally begins to introduce some new ideas.

There are more stories by fires, noises in the night, shaky camera movements with screaming and running, weird rock and stick figures, etc. This time, however, things are amped up with more supernatural elements, louder sounds, aerial shots with the drone, repetitive (and annoying) jump scares, and so on. But as many sequels have taught us before, bigger doesn’t always mean better; and in having obvious supernatural elements visually, it feels more like it takes away some of the mystery of the first film rather than adding to it in leaving certain things to the audience’s imagination.

Though the film does feel like an overcooked rehash in spots, some elements do deserve credit. Editor Louis Cioffi does a pretty decent job of keeping things as coherent as possible with the many different camera angles; at the same time, the film feels far too properly assembled to come off as a “found footage” piece. The sound design team also does an excellent job at helping the woods come alive with creepiness. The cast is believable throughout as well, selling the terror especially towards the end.

Speaking of the end, the third act pretty much saves the film from being completely average. Though I don’t like how the movie shows too much in some regards, Wingard directs the hell out of the last twenty minutes or so. Without giving anything away, I will say that one particular death scene and another super claustrophobic moment are horror dynamite. I just wish that we got effective scenes like those before it’s almost too little too late.

As far as modern horror reboots and sequels go, Blair Witch is pretty decent. The film does have a fair amount of intensity and the last few minutes are very gripping. However, there’s also too much of what audiences have come to expect from recent found footage films. That brings a certain air of disappointment since Blair Witch is following up one of the best in that subgenre (read my review of The Blair Witch Project HERE) and it is made by the usually exceptional Barrett and Wingard.

MPAA Rating: R (for language, terror and some disturbing images). 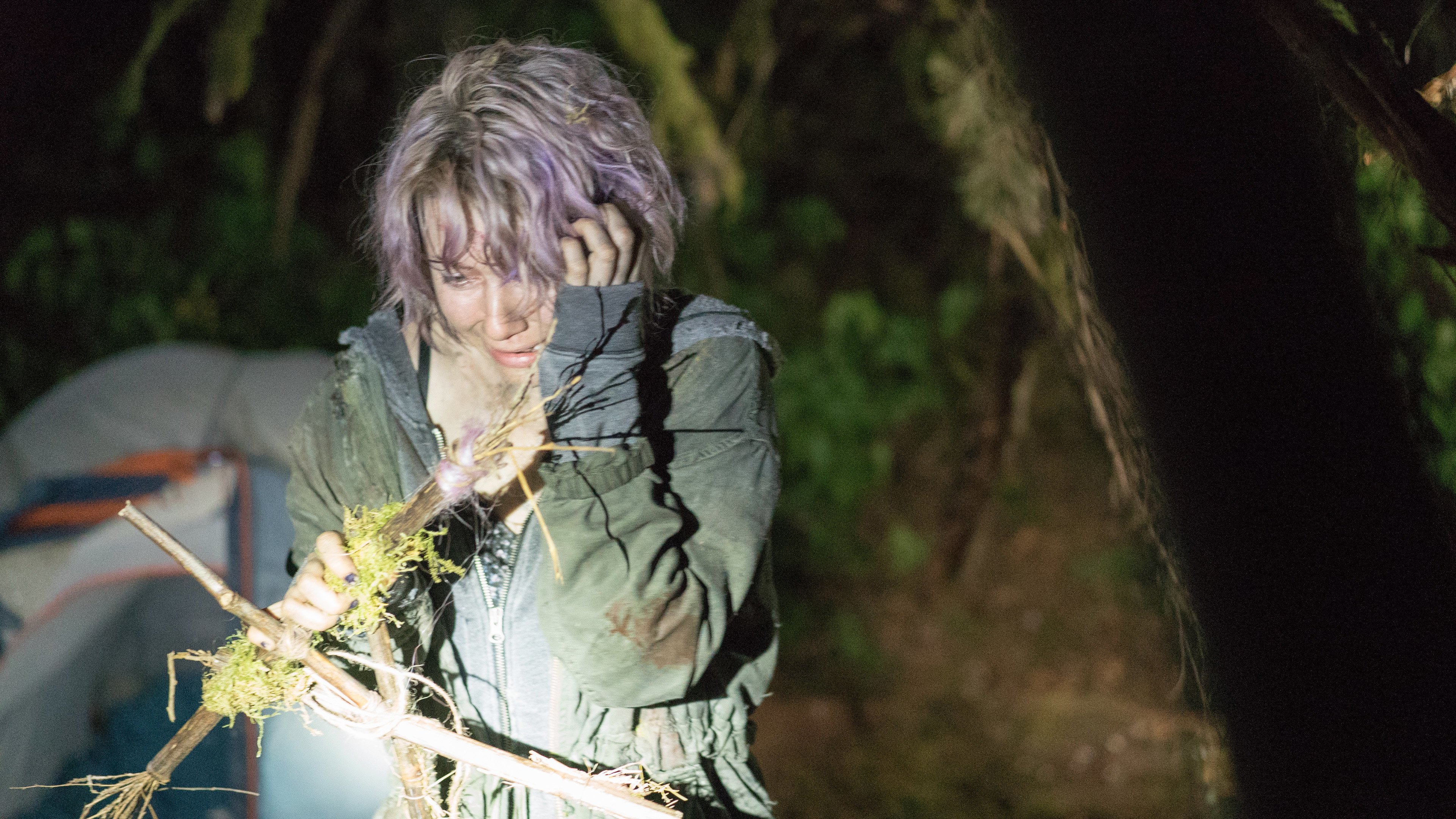 Blair Witch Review: Larger Stick Figures, Louder Noises, Less Effective Scares Blair Witch Review by Daniel Rester Let’s get this out of the way right off the bat: I found The Blair Witch Project (1999) to be a superior film to thi...
0
Average User Rating
0 votes
Please sign in to rate.