Opening exclusively in theaters on September 3rd is the 25th film in the Marvel Cinematic Universe series entitled Shang-Chi and the Legend of the Ten Rings. Directed by Destin Daniel Cretton (Just Mercy), the film takes place in the aftermath of Avengers: Endgame and stars Simu Liu (Pacific Rim) in the title role. The movie follows Shang-Chi and his best friend Katy (Awkwafina) as they are drawn into an evil organization called the Ten Rings, which is run by his estranged father, Wenwu (Tony Leung), also known around the world as the terrorist, The Mandarin.

In addition to Liu, Awkwafina, and Leung, the new movie also features Michelle Yeoh (Crazy Rich Asians), Florian Munteanu (Creed II), and Meng’er Zhan. Shang-Chi and the Legend of the Ten Rings also has several actors reprising roles from previous MCU films, including Benedict Wong as Wong from Doctor Strange, Tim Roth as the Abomination from The Incredible Hulk, and Sir Ben Kingsley as Trevor Slattery from Iron Man 3.

We Live Entertainment recently had the pleasure of attending a virtual press conference for Shang-Chi and the Legend of the Ten Rings, along with several other members of the press. On hand for the press conference were producer and President of Marvel Studios Kevin Feige, director Destin Daniel Cretton, and actors Simu Liu, Awkwafina, Meng’er Zhang, and Sir Ben Kingsley.

To begin the press conference, Kevin Feige talked about why it was important to him to bring Shang-Chi to the MCU and why now was the right time. “My producing partner on this film, Jonathan Schwartz, has worked on this movie for a long time,” explained Feige. “We wanted to do it, to bring this specific character into the MCU, but just as important to bring representation of another kind to this franchise. That was really what Destin, who brought in his pitch, which had action, it was cool, and it was Marvel. But it was really the story of this father and son, and someday we should put that presentation out into the world that he actually put together because it was as beautiful as the final film.” 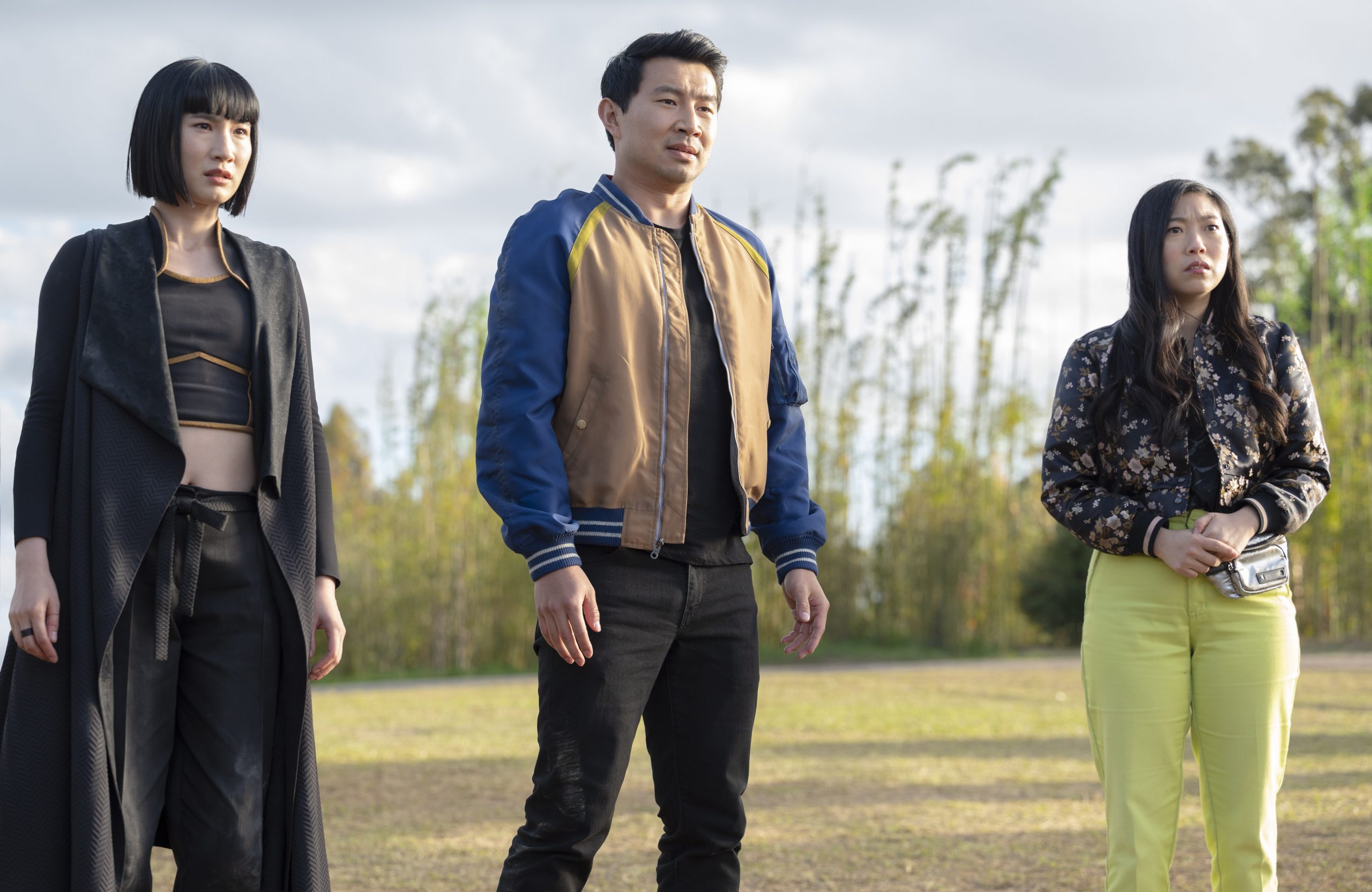 Director Destin Daniel Cretton discussed what attracted him to the character of Shang-Chi and his world from the comics and why he ultimately wanted to make this movie. “I personally connect with Shang-Chi’s journey,” Cretton said. “I love that this is a superhero that doesn’t get splashed with chemicals to get his superpower. That it is a journey of self-discovery, of growing up, and of learning how to finally deal with pain that he’s been running away from his entire life. That when he is finally able to look inside into his past and embrace good, bad, the joy, the pain, and accept it all as a part of himself, that’s when he finally steps into his big boy shoes. I think that’s what we’re all doing as humans in some way or another. So, I really connect with that.”

“I did have a giant personal fear of stepping into a movie like this,” the director admitted. “The truth is that it was a few weeks before they announced that they were looking for directors for this movie that I made a very real decision. I called my manager and said,’ don’t ever let me do a Marvel movie!’ But when they made the announcement for Shang-Chi, something sparked in me that made me have to go in and just take a meeting, which turned into this. This is an exceptional place to work where there is an environment of curiosity and exploration that comes from the top down. There is no fear-based mentality at this studio, which has really allowed us to take risks and chances and instill that same fearless exploration with everybody involved in this film. I think that’s a huge reason that the movie turned out the way that it did.”

The film includes legendary actors like Tony Leung, Michelle Yeoh, and Sir Ben Kingsley, and Simu Liu discussed what it was like for him to work with such an iconic cast. “It was like having imposter syndrome every single day,” Liu joked. “As I met more of the cast members like Tony, Michelle, and Sir Ben, every day it was like waking up to another dream. It was such a treat, and it was all I could do just not to mess it up.” The actor also talked about working with his co-star Awkwafina and their on-screen chemistry together. “When I was first cast, I did my final screen test with Awkwafina, and she did such a wonderful job of putting me at ease,” he explained. “My nerves were sky-high. I was an actor from Toronto, and I really had never allowed myself to imagine being a part of the MCU. It’s the craziest dream that someone can possibly dream. Awkwafina did such a great job of putting me at ease and just being in the moment with me, and we had such beautiful chemistry.” 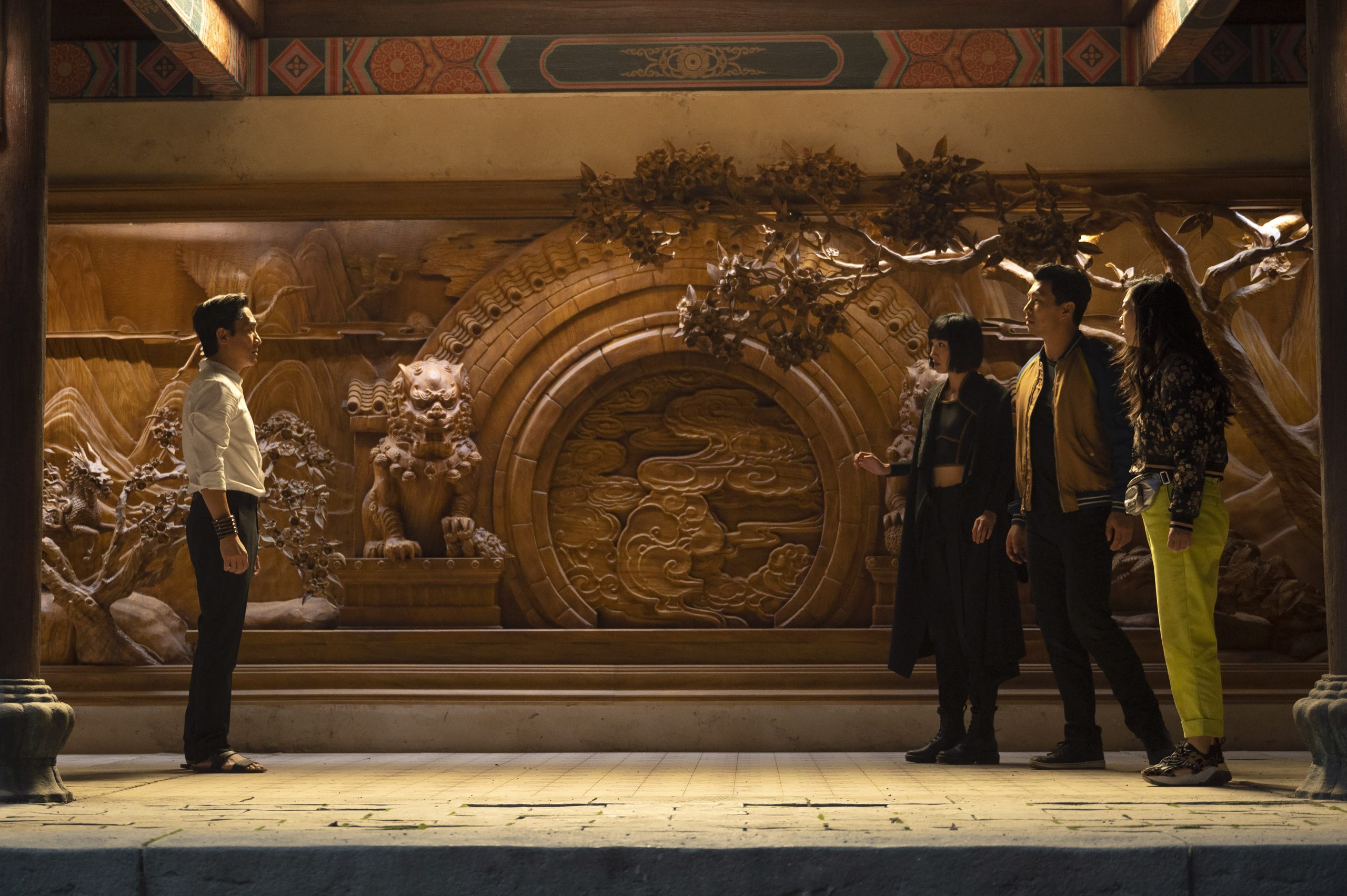 Awkwafina explained the unusual relationship between Katy and Shang-Chi in the film, which is mostly platonic but could lead to more in the future. “I don’t think he has room in his life right now for anything more. I think he has too much going on for a neurotic girlfriend. But we should go to couple’s therapy together,” she joked. Shang-Chi and the Legend of the Ten Rings marks the feature film debut for actress Meng’er Zhang, who plays Shang-Chi’s sister, Xialing, and the actress talked about her experience making the movie. “This is my very first film experience, and I am so lucky to work with everyone, including Sir Ben Kingsley. I asked him a lot of questions on set,” Zhang confessed. “He said that when we are on stage, we are landscape artists and that when we are in front of a camera, we are portrait artists. I think that just gave me a very clear image, and I just learned so much. I literally took notes whenever I talked to Sir Ben. I also remember when we were doing some stunts. It was just so different from stage acting.”

Finally, Sir Ben Kingsley returns to the MCU as Trevor Slattery in Shang-Chi, and he talked about how he came to play a role in the first place. “Kevin came to my house in Oxfordshire to introduce me to the idea that I was playing two entirely different personalities, an actor portraying a master villain,” he explained. “He put it to me so delicately, and I was so intrigued by it that I joined the team gladly. Then Robert Downey, Jr., Shane Black, Drew Pierce, and Kevin welcomed me remarkably kindly into the family. I felt like there was no fear, and everyone was encouraging me to do my best. You are given a place to stand to do your best work. I did get very fond of Trevor. He has his vulnerabilities. He has his history. He has his issues, and I think he found in himself perhaps moments of empathy and kindness. He’s basically a very kind man. That shows in my lovely scenes with Awkwafina, and also there’s a wisdom that he doesn’t believe he has that he does have.”

“I think with his work in Shakespeare, that he’s beginning to perhaps grow into a silhouette that’s larger than the one he thought he had,” Kingsley continued. “I think perhaps I enjoyed working on this film and Iron Man 3 because it is all about potential. It is about finding the original self that we were born with that gets distorted and tarnished, and then you go through this amazing journey and get back to your original self. So, I think that dear Trevor has an opportunity to think, I might be quite good at this. Playing an actor, I did base him on one or two colleagues that I have worked with very early in my career and one director I worked with. So, he’s a composite of several people that I have met along the way and to whom I’m eternally grateful as well because they were good to me.”

Shang-Chi and the Legend of the Ten Rings opens exclusively in theaters on September 3rd. 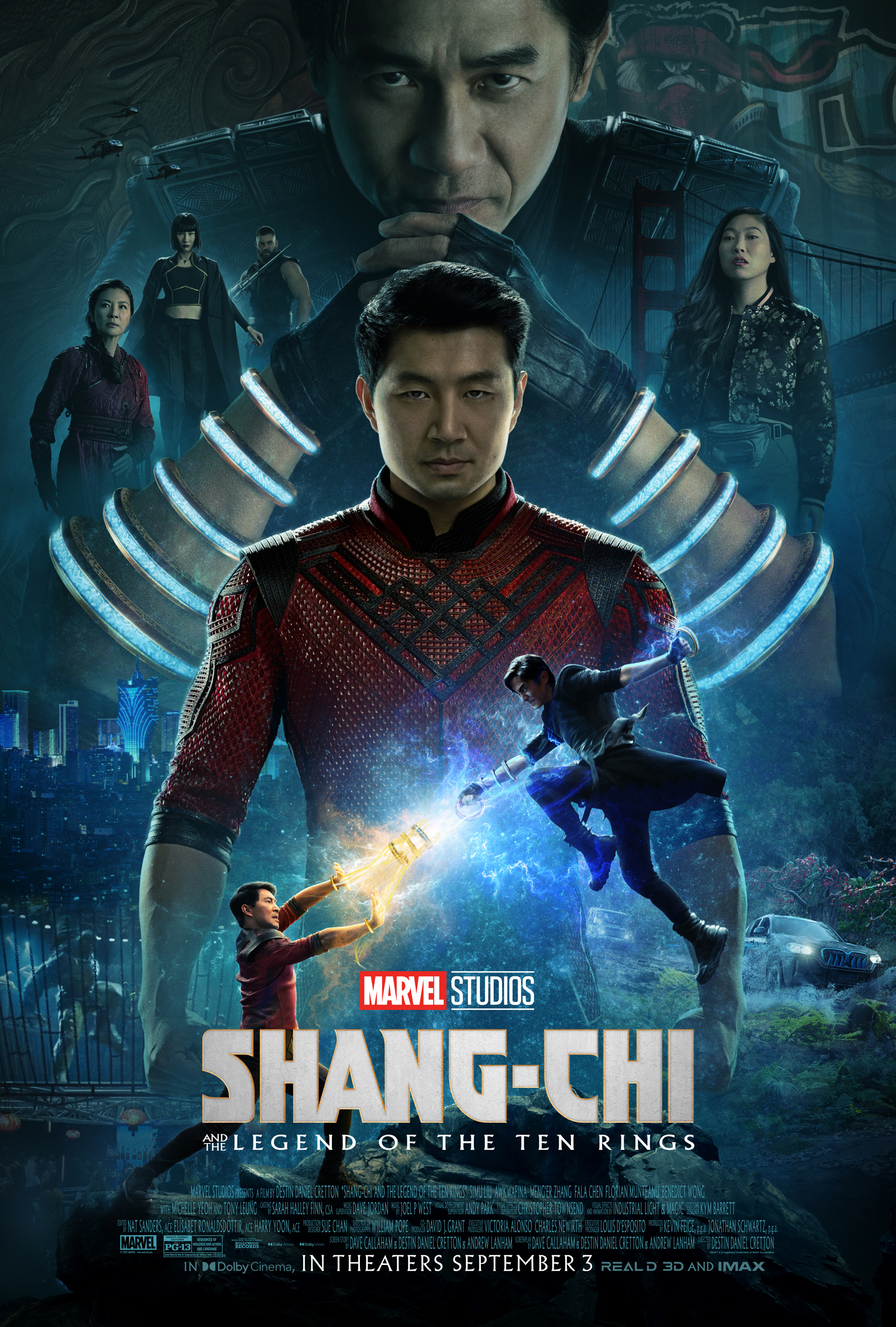 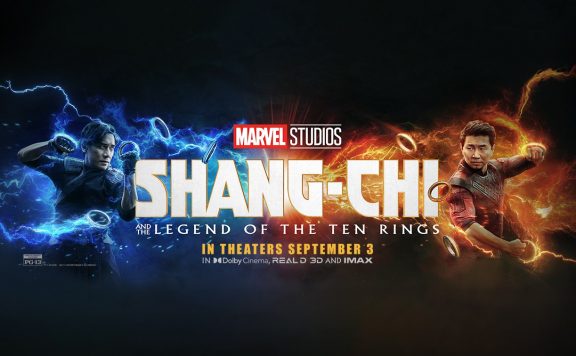 ‘Shang-Chi and the Legend of the Ten Rings’ Review: In The Mood For Marvel
August 23, 2021