Let’s face it: practically nobody was asking for a live-action remake of one of Disney’s most iconic films, that being the 1950 classic “Cinderella.” Aside from Disney seeking out some easy money, there really wasn’t any reason to take such a beloved animated flick and remake it as a live-action film with actors your children probably don’t even know. Having said that, I sure as hell am glad that they remade it, because what has been delivered here is something truly special in my eyes. Does it have the same exact story and outcome as the original? Absolutely, but that surprisingly doesn’t take away from what director Kenneth Branagh and screenwriter Chris Weitz have accomplished here. What these two accomplish is a lavish, classy, and well-told rendition of a story that many people know and love with a lot more meat on the bone than what the original animated classic offered.

The true standout of the film for me has to be Lily James’ performance as the titular character. Best known for her work on “Downton Abbey,” James presents herself as a gentle, smart, and internally beautiful person that is actually be a better portrayal of Cinderella than in the animated film. The thing that I appreciated most about the casting of James in this role is that, for lack of a better explanation, she isn’t “hot.” What I mean by that is that she is a very attractive, cute, and pretty young actress, but she isn’t someone that many people would call “sexy,” which in this day and age is very rare to come by. Her cuteness adds to the believability that she is this mistreated individual. Same goes for Richard Madden’s portrayal of the Prince. He too isn’t a “sexy” man, but an attractive and charming enough guy to make you believe that he is just a young man looking for true love. This goes into the next thing I loved about this film: their chemistry together.

Unlike the animated film, Cinderella and the Prince don’t meet for the first time at the dance. Rather, Cinderella is running away from some troubles when the Prince and his gang happen to be chasing a deer at the same time. They end up meeting in the woods privately, and they share a few flirtatious lines together. In fact, it is because of this encounter that the Prince wants to hold the infamous ball, unlike in the original where the King holds it so The Prince could choose his bride then and there. This adds more of a dynamic between the characters and a new way of seeing two iconic characters falling in love. The idea of “love at first sight” is pretty ridiculous, but it’s hard to deny that, when these two meet for the first time, they’re infatuated with one another. And luckily, we’re given time to watch them fall in love as the film progresses.

Speaking of ridiculous things, Helena Bonham Carter pops up for a scene as the infamous Fairy Godmother. Now, here’s something that I have to give the original props for: making the Fairy Godmother a motherly figure. Don’t get me wrong, I thought Bonham Carter was really fun and did a well done job in her role. My only nitpick with her is that she doesn’t portray a motherly figure, rather takes on the persona of the “cool aunt” who buys you awesome presents when you see her every 6-7 months. Other than that, I honestly have no problems with the cast. Even the goofy stepsisters in the movie had the right amount of slap-sticky humor where it felt appropriate and not too forced.

Another actress who delivers on a great performance is Cate Blanchett, who plays the infamously evil stepmother Lady Tremaine.  She is diabolical, sly, and overall a really engaging villain.  What I found to be the most interesting thing about the character is that we actually hear her motive for why she does what she does to Cinderella.  Surprisingly, it’s not for the sole purpose of being an evil “witch” of sorts, rather it’s something that, frankly, I can actually understand.  It’s also fascinating to see her, along with Cinderella’s parents, and what they do to effect the overall plot of the movie, unlike in the animated film where they’re place in Cinderella’s life is merely just a piece of exposition.  Even the King in the film is a more fleshed out character than the bumbling fat persona from the original.  Sorry for constantly going back to the original film, it’s just hard not to compare the two.

Before I ramble on more about what else this does to improve on the original, I’ll mention the other things that make this film great.  Kenneth Branagh was a great choice as a director here, plain and simple.  Comparing this to his work on “Thor” and “Jack Ryan: Shadow Recruit” is rather unfair due to how vastly different those are to this.  Being a man who’s a Shakespearean-trained actor, Branagh manages to get the best performances out of his actors, as well as tell a tale that, while familiar, feels new again.  Not to mention, there are several sequences, particularly the ball scene and the first encounter between Cinderella and the Prince, that are really well directed and well executed.  Overall, Branagh delivered on making a timeless story feel new again, and in the process even made this new film something of a soon-to-be timeless gem.

As someone who actually enjoyed 2007’s “The Golden Compass,” my interest actually peaked when I saw screenwriter Chris Weitz join the project.  Sure enough, the dialogue was well written, the added material actually gave the story a lot more meat on the bones, and as a whole wrote a really good, sweet, and kind screenplay that I believe deserves a lot more credit than it may get at the end of the day.  The production design and the costumes are absolutely gorgeous to look at, so good that they may be early contenders for Costume and Production Design accolades at next year’s Academy Awards.  The cinematography and visual effects also help to showcase the scope and wonderment inside this lavish kingdom.  Overall, the technical and literal elements featured helped to give the movie the extra push from good to great, for me at least.

At the end of the day, “Cinderella” was a very pleasant surprise.  Featuring great performances, solid direction, a well-written script, and some beautiful technical aspects, this film goes beyond being a good film and becomes something that is sweet, innocent, and very likable on a broad spectrum.  Even the most cynical and hardest of people won’t be able to resist the charm that this movie possesses.  Not to mention, the message about being generous and kind to others is something that is great to see in a world where toilet humor and dumb innuendos are the norm.  This isn’t just a great family movie; it’s a great movie.  And, dare I say it, it’s even a fantastic movie.  “Cinderella” is one of the year’s best movies thus far, and compared to the other Disney live action remakes to come out within the past five years, those being “Alice in Wonderland” and “Maleficent,” this is definitely the best of them. 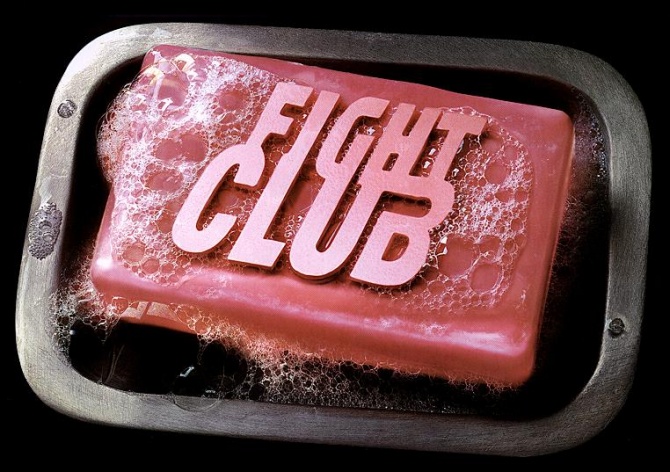 Let's face it: practically nobody was asking for a live-action remake of one of Disney's most iconic films, that being the 1950 classic "Cinderella." Aside from Disney seeking out some easy money, there really wasn't any reason to take su...
0
Average User Rating
0 votes
Please sign in to rate.