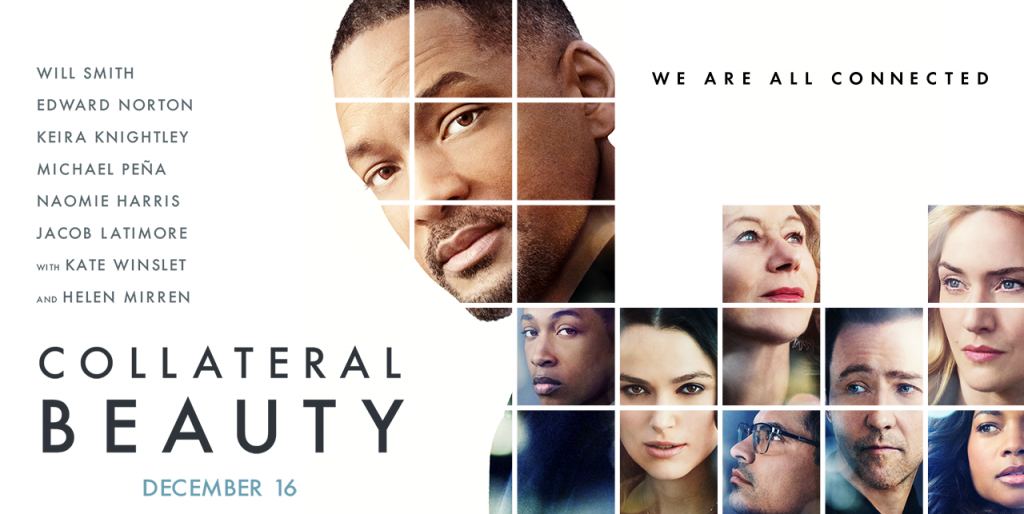 Collateral Beauty looks like a film that should be based on a popular book, but as it turns out, this is an original concept from the mind of screenwriter, Allan Loeb. Collateral Beauty is the type of film that the viewer should go into knowing as little about the plot as possible. I am going to do my best to keep this review 100% spoiler-free. All you should know about the plot is everything that you already know from watching the trailer or a television spot.

Will Smith plays Howard, an owner of a successful advertisement firm located in New York City. Howard is a very pleasant and happy man until the day that his six-year-old daughter passes away. As a result, Howard slips into a deep depression and becomes a recluse. Howard spends the next two years of his life following a monotonous routine that consists of riding his bike around NYC and visiting a dog park. While trying to find an outlet to express his anger and sadness, Howard begins to write letters to love, death, and time seeking answers to why his life has become what it is today.

Right off the bat, I think that Collateral Beauty is one of the most creative and unique films of 2016. I give screenwriter Allan Loeb, a ton of credit for writing something that takes a very clichéd subject of losing a child and doing something fresh and new with the idea. If you have seen the film’s trailer, you probably think you know exactly what the film is about but I assure you there is so much more to it than what the trailer leads you to believe. 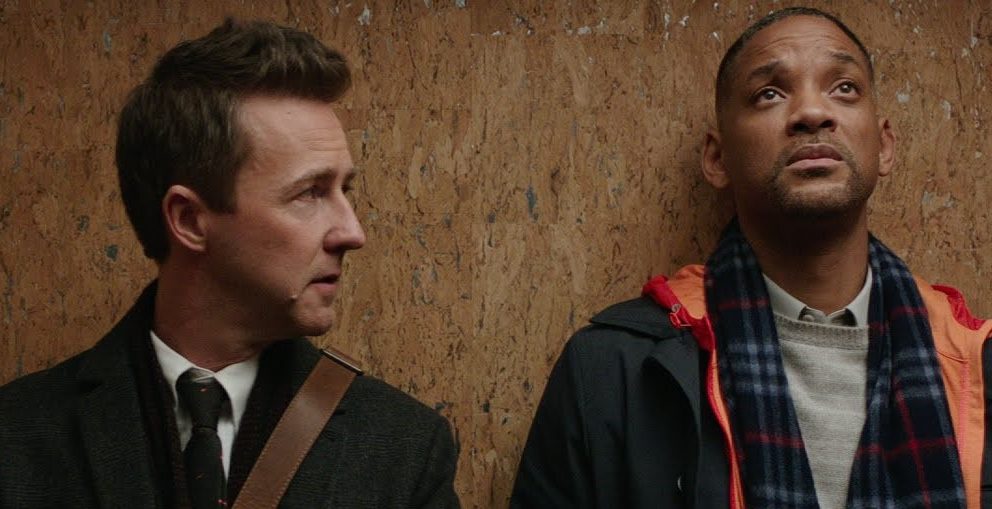 The story has a lot more depth than just a man grieving the loss of his child. There are multiple characters all with their own individual stories. The easiest way for me to describe this film without spoilers is that there is more to everyone’s story than what initially meets the eye. I was so intrigued by the way that Loeb’s script played with all these concepts and how each character is important to the central plot in some way. I find it almost remarkable that the trailers didn’t spoiler this film but instead undersell it. Collateral Beauty is a lot like Miss Sloane where you expect a particular type of story going into it and walk out surprised by what you just saw because of all the twists and turns.

While I appreciated the creative nature of this story, I can see a ton of people loving this movie for what it is while some will judge the film too harshly for being too much of a tearjerker. There are a lot of stories going on at once and with a short 97-minute runtime, I sadly didn’t feel like all of them were as sharp as I would have liked. Again, it’s hard to discuss these plot points without giving something away but let’s just say that some of the stories and performances weren’t as emotional as they could or should have been.

Director David Frankel puts together an amazing cast that consists of Will Smith, Helen Mirren, Edward Norton, Kate Winslet, Michael Peña, Naomie Harris, and Keira Knightley. With so many great actors, Frankel must have had a hard time trying to balance out the screen-time for each character. While, Will Smith is advertised as the star, it might be a big surprise to learn that all of these actors have an equal amount of screentime. The problem with that, however, is that not all of the performances are noteworthy. 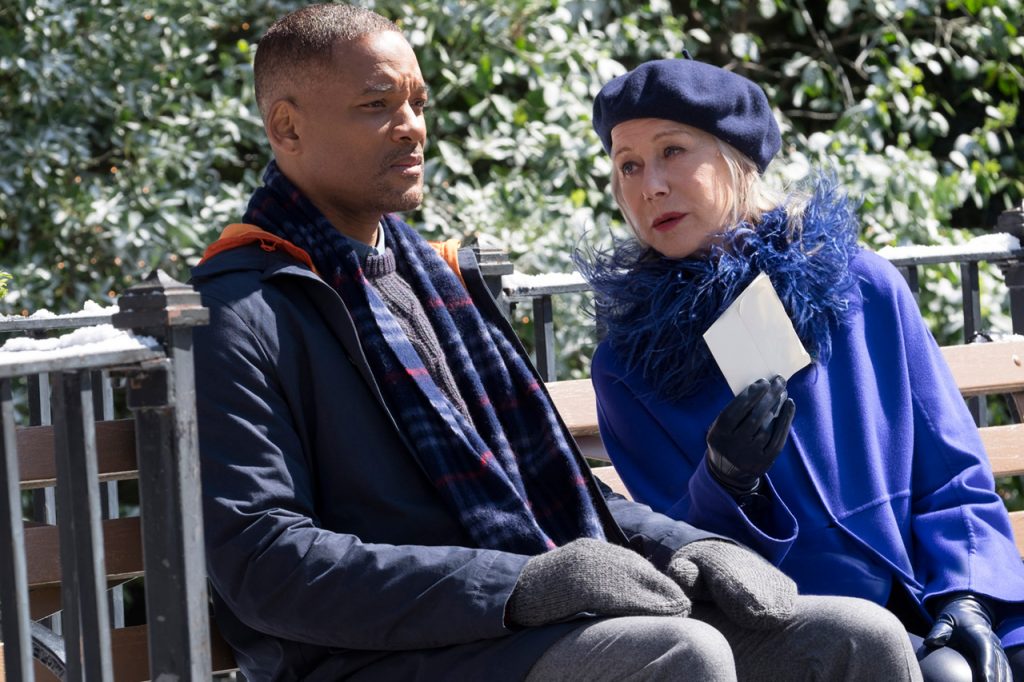 Mirren, Smith, and Harris shine the brightest in the film. Mirren is delightful as Brigitte. Throughout the film, it looks like Mirren is having a lot of fun with the material but isn’t afraid to give her performance some emotional weight when the script calls for it. Smith, once again, showcases his talent as an actor by playing a man dealing with the loss of a child. Smith can pretty much do it all. He can be an action hero, he can be a comedian, and he can give an excellent dramatic performance. Smith brings a level of genuine emotion to his performance. While not as standout as her performance in Moonlight earlier this year, Harris proves she is here to stay. Her character Madeleine shares most of her screen-time with Howard and the two have some great emotional moments together.

Norton, Knightley, and Winslet are all fine but considering their talent I expected more from them. They each play a likable character, but in all honestly their performances weren’t as strong as the script needed them to be. They all lacked emotional weight and felt underdeveloped. However, the film’s most disappointing performance was by far Michael Peña as Simon. I don’t know if it was bad direction or that the mere fact that Peña just wasn’t into the material. It was shocking how lazy and unbelievable his performance was. With the exception of Howard and Madeleine, the character of Simon should have had an enormous emotional draw but due to the poor performance, I just didn’t buy into it.

While Collateral Beauty isn’t flawless, I do applaud Allan Loeb for taking a chance on writing something that dares to be different and has plenty of mainstream appeal at the same time. The film is filled with surprises, some of which are predictable while others will catch you off-guard. The performances are hit and miss, but the stronger performances outweigh most of, the weaker ones. I can easily see people picking apart this film for being too simplistic, but to me, that was all part of its charm. 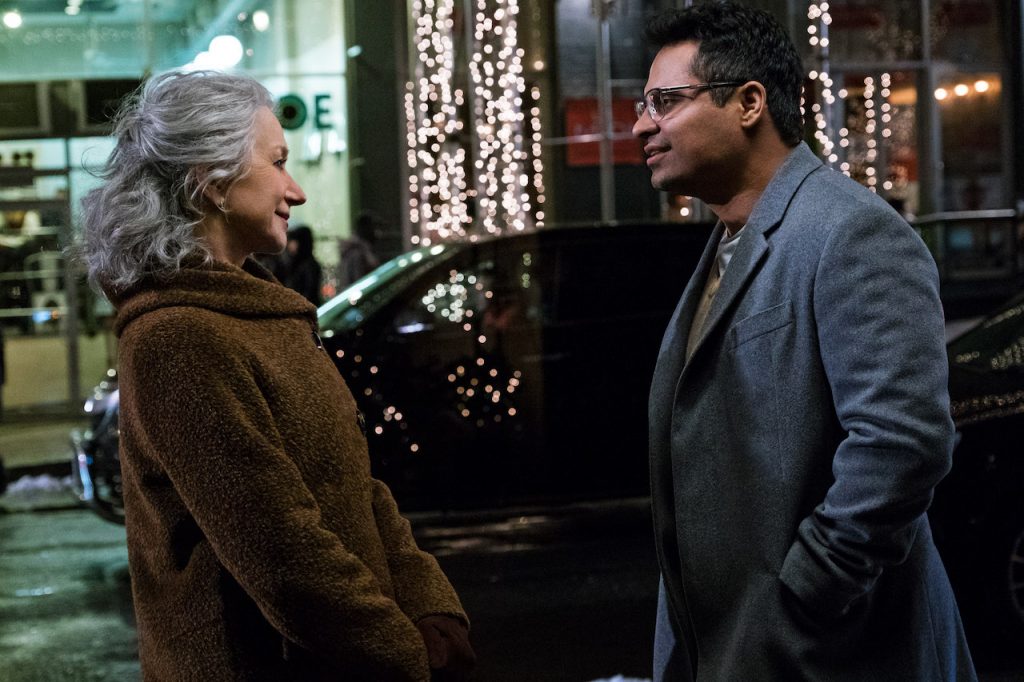 All in all, Collateral Beauty is a pleasant holiday surprise and one that proves writer Allan Loeb is someone to keep an eye on. Collateral Beauty is life-affirming and makes you want to live life to the fullest each and every day. The film is definitely a tear-jerker so be sure to bring the tissues with you before venturing out to the theater. Collateral Beauty is a much-needed change of pace from the typical Christmas and Awards Season fare. It is oddly therapeutic and will make you feel great upon exiting the theater. In other words, it is everything that a Holiday film should be.

Collateral Beauty Review: A Creative and Life-Affirming Holiday Surprise Collateral Beauty looks like a film that should be based on a popular book, but as it turns out, this is an original concept from the mind of screenwriter, Allan Lo...
0
Average User Rating
0 votes
Please sign in to rate.