In some ways, The Dig is just one more British period drama that doesn’t stray from the British period drama playbook. We’re talking the full works: Ralph Fiennes as a good-natured eccentric with an accent from a bygone era, the looming specter of the Second World War represented extremely literally by a flock of warplanes regularly passing over the idyllic English countryside, even an ailing widow with a quirky hobby (in this case, archeology.) It rarely strays from this prescribed path. But when it does take a tentative step off the picturesque cobblestone, The Dig charms with both a reverence for the past and thoughtful exploration of life and death.

Basil Brown (Fiennes) is a self-taught excavator who doesn’t have a fancy degree from Cambridge or Oxford but has been trained so thoroughly by his father and grandfather that he knows the very soil of his region as though it were an old friend. He is hired by Edith Pretty (Carey Mulligan), an exhausted young widow whose heart condition weakens her more and more with every passing day, to dig up some mysterious ancient mounds on the edge of her extensive property.

She has a feeling about them, she says, a feeling that is proven right when Brown’s efforts uncover not just a few paltry relics from Viking invaders but something much older and more unique. It isn’t long before academics and professional archeologists, sensing an extraordinary discovery, descend from the British Museum to vie for control of the dig. And as much as this entire enterprise is about preserving history, it’s also about building a legacy, something neither Brown nor Pretty are eager to give up. 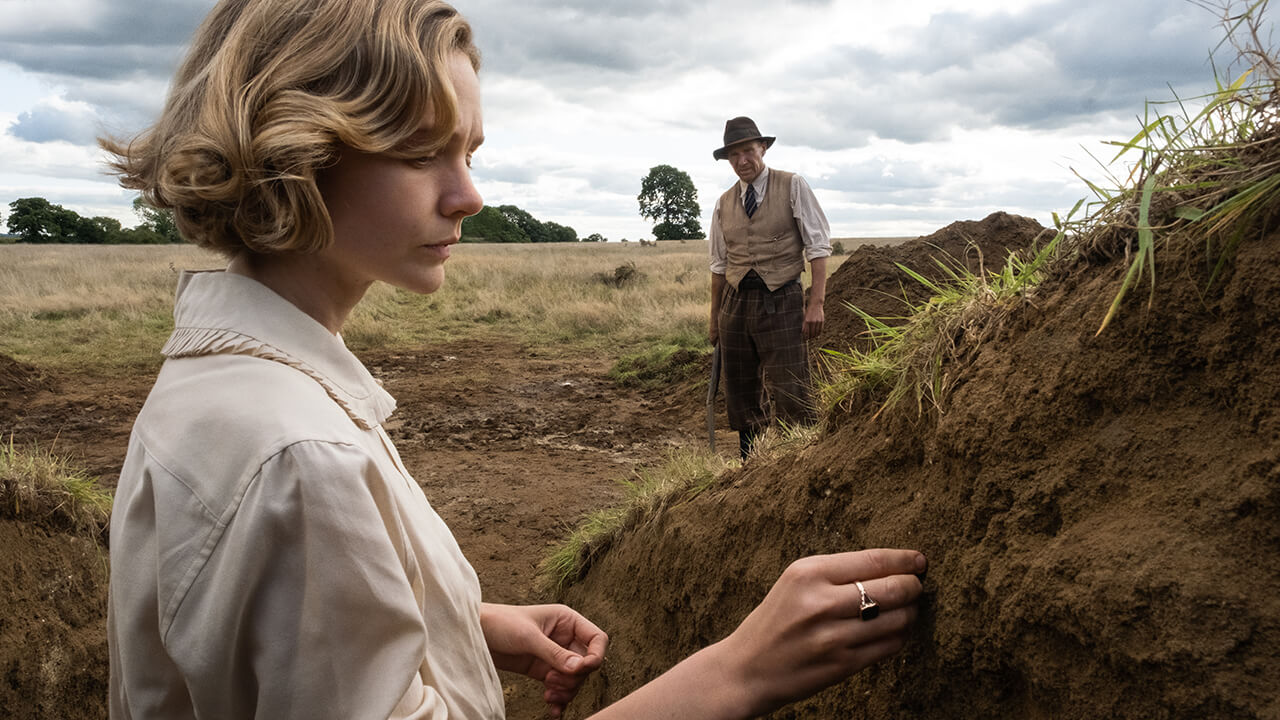 When we’re in school, we’re taught to think of history as a straight line: one thing happens, then another, then another, for eternity. But The Dig doesn’t subscribe to this particular viewpoint. Because sometimes, like when you’re staring at an Anglo-Saxon burial ship in the sand or standing at the entrance of an ancient Egyptian tomb, it’s as though time has no meaning, or rather, all of time exists in the same physical space. We can extend a hand and touch the lives of civilizations centuries since turned to dust, just as surely as future generations will encounter us in the relics we leave behind, both infuriatingly fleeting and eternal.

The Dig stands on the precipice of death, with Mrs. Pretty’s illness, her cousin Rory Lomax’s (Johnny Flynn) impending enlistment in the RAF, and the perpetual hum of warplanes overhead in preparation for a cruel, bloody war. Mrs. Pretty’s relationship with her son Robert (Archie Barnes, in an early entry for child performer of the year) is a brutal exercise in attempting to delay the inevitable, hanging on long enough so that he’s not quite so heartbreakingly young when he’s left alone.

She’s even framed against one of the mounds, a partially dug grave that she has all but resigned herself to. So it’s a comfort that The Dig approaches death as something less permanent than an ending. The idea that there are parts of us that last long after we are gone is essential to understanding this peaceful but melancholic relationship. 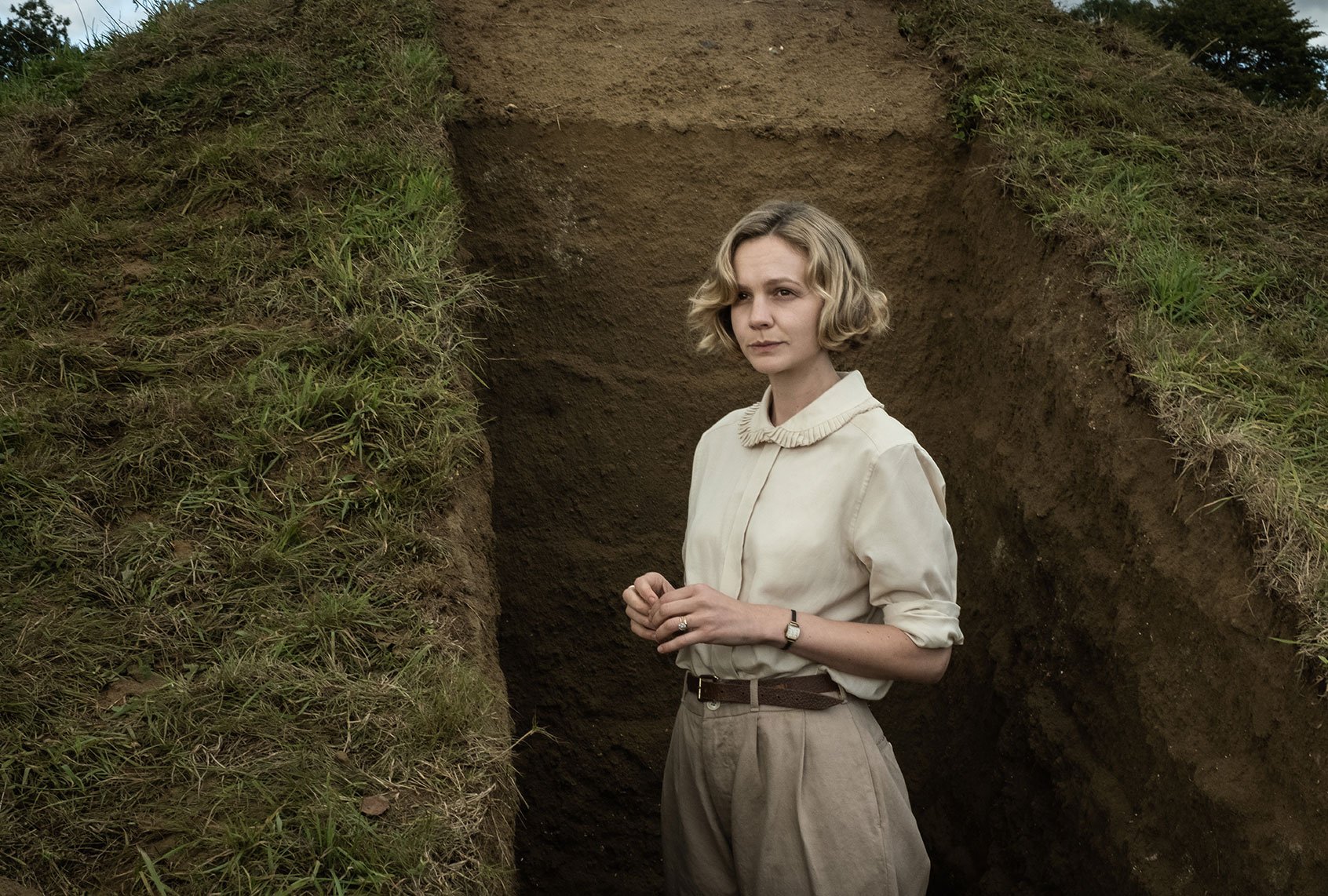 It’s in this meditative exploration of the eternal where The Dig finds its greatest successes since that is where it strays most significantly from the bog-standard World War II-era drama. As lovely as Johnny Flynn and Lily James both are as a good-natured, charming photographer and an unhappily married intellectual, there’s little in their storyline that we haven’t seen in dozens of other similar films. Instead, The Dig’s most powerful moments are between Fiennes and Mulligan, where they’re leisurely chatting about the intermingling of past and present and the simple, shared joy of tapping into a sense of living history. You feel as though you could listen to their quiet conversations forever.

Visually, too, The Dig only breaks free of the conventions of the genre occasionally, when it finds itself seemingly inspired by connections to the past. There is a moment where Basil Brown sits by the side of the river, and, overwhelmed by the magnitude of his recent discovery, he sees a boat silently glide by, almost as though it had sailed in from the sixth century. It’s breathtaking, and it alone is enough to make for the benign nature of other less effective parts.

The Dig is not always extraordinary. There are certainly entire subplots where it finds itself too beholden to the period genre’s trappings and is content to merely skate by without doing anything inventive or unexpected. But the more it focuses its attention on the dynamic between Mulligan and Fiennes, who both turn in understated yet deeply compelling performances, the more readily it taps into something special. As a love letter to archeology, The Dig rises above its humble origins and speaks in hushed tones of a reverent, almost spiritual connection between the past, present, and future that is utterly bewitching. 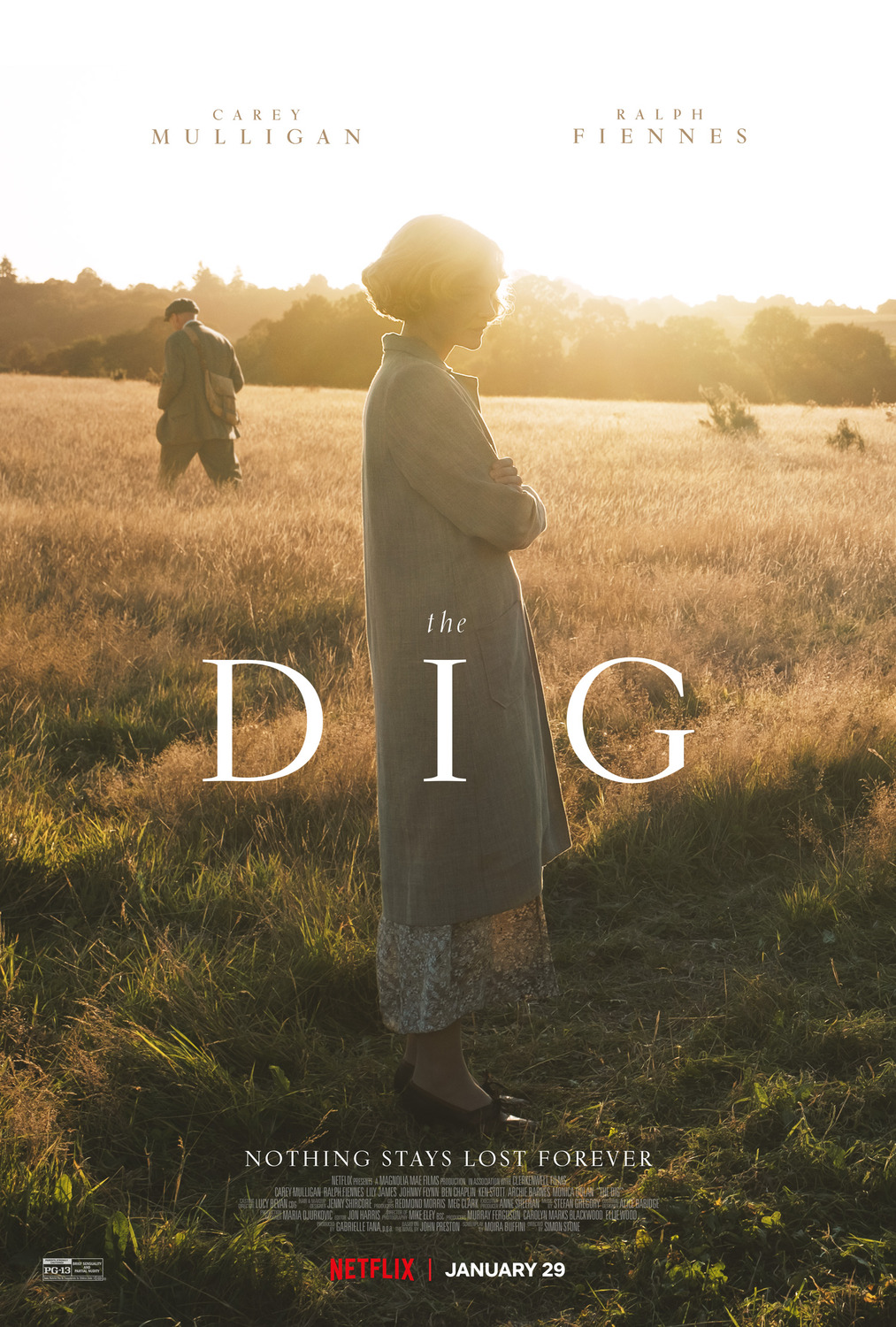 ‘The Dig’ Review: A Love Letter to Long Ago 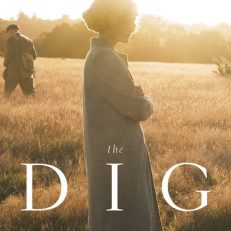 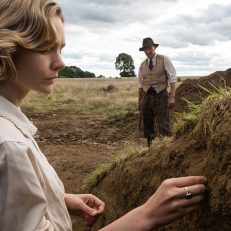 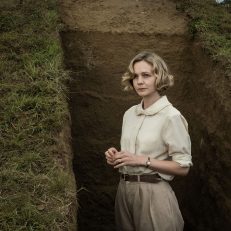 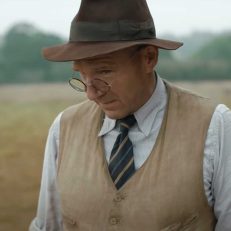