Hazel and Augustus will break your heart so be sure to bring the tissues.
by MovieManMenzel

After being diagnosed with cancer at a young age, Hazel Grace Lancaster (Shailene Woodley) spends each and every day fighting for her life while never being able to truly live it. One day, Hazel’s parents push her to join a support group for cancer survivors so that she can meet and interact with people who are dealing with similar obstacles. This is where Hazel meets Augustus Waters (Ansel Elgort) who will unexpectedly change her life forever.

The Fault in Our Stars is based on the popular book written by John Green and while the book is geared towards the teenage crowd, this film will win over the hearts of audiences young and old. What makes Stars so incredible is not only the performances, the story, and the direction, but almost everything that the film reveals to its audience during it’s 125 minute run-time.

In a world with so many films that focus on teen romance or people dying of cancer, Stars is a breathe of fresh air; no pun intended. If you were to ask me what makes Stars so different from so many other teenage or cancer films, my answer would be how the subject matter is handled and how well these actors portray these characters. Unlike so many films, Hazel and Gus are shown as real people rather than just victims. These characters show a passion and drive to live each and every day as if it was their last. This isn’t just another film about falling in love with someone with a terminal illness, but rather the journey these two go on together. This is one of those film that I would label as  life-affirming and makes you think about the life and if you are living it to the fullest.

Green’s book has been adapted for the big screen by Scott Neustadter and Michael H. Weber and these two writers have done a terrific job at bringing this story to life. The story here captures the exact emotions that the book did, however, this time around we can visually see the events unravel as oppose to how our imagination interpreted it. While I do like to give most of the credit to Green for writing something this amazing, it does need to be said that these writers worked hard to adapt the story and not leave out anything that took away from fans of the book being able to enjoy the film.

In terms of the performances, the chemistry between Woodley and Elgort is nothing short of spectacular. I was almost immediately rooting for both these characters to not only live but to be together forever. I think both actors brought something very unique and personal to these characters. Gus is very strong willed with a positive outlook on life, while Hazel is more cynical and views life as something that only a few will remember. I think the contrast of personalities made the film feel genuine since they see the world from two totally different perspectives.

Woodley and Elgort’s performances are so good that I honestly have trouble stating who I feel was stronger of the two. If I had to pick, I think I would say that Woodley gave a slightly stronger performance, simply because of how much emotion she brought to the character. There are so many points in the film where I wanted to burst into tears, but there is one scene in particular that literally made me cry like a baby. There is no doubt in my mind that both these actors are nothing short of remarkable in this film. I honestly feel that they should be nominated for an Oscar or Golden Globe because their performances are that freaking good.

Something also needs to be said about how Josh Boone handles the pacing of the film. Boone’s direction allows you to sit back and go on this journey with these characters and manages the 125 run-time with such ease. I think working out how long each particular scene should go on is something that really impacts the audience and this film felt like every scene was really planned out and was near perfection.

Boone really deserves a lot of credit as the captain of this emotional roller coaster. I think when bringing any book to life, it is extremely important to pay attention to every little detail. There is no doubt in my mind that most of that responsibility lies on the film’s director. Boone, not only picked the perfect cast and set of writers for the task, but he somehow manages to balance a wide array of tones and themes throughout the film.

Stars not only mixes comedy and drama, but also adds religion to the mix. Just like Hazel and Gus, the film transitions so smoothly from being lighthearted to incredibly serious. Even the religious aspect is well balanced because at times the film seems pro-religion yet at others it seems totally against it. Stars is such a smart film and with such a talented director like Boone behind the camera, it just makes the film so much more powerful than I ever expected.

Before I bring this review to a close, I must say one last thing. As much as I loved this film, there were a few moments that seemed a bit too glamorized for me. It was these few minor moments that has stopped me from giving this film a perfect score. I hate being that guy, but a lot of what happens with Van Houten (Willem Dafoe) was a bit hard to swallow even if it did really help the story progress. I could honestly buy most of what happened with the character up until the very end. It was Van Houten’s last scene that felt the film way too Hollywood to me.

However, besides that one moment, I absolutely adored everything else about The Fault in Our Stars. I thought the film was smart, well-written, expertly directed, and showcased two incredible and Oscar worthy performances. It is one of those films that if you don’t cry when watching it, I truly feel you have no soul. It is that good and powerful of a film.

MovieManMenzel’s final rating for The Fault in Our Stars is a 9.5 out of 10. 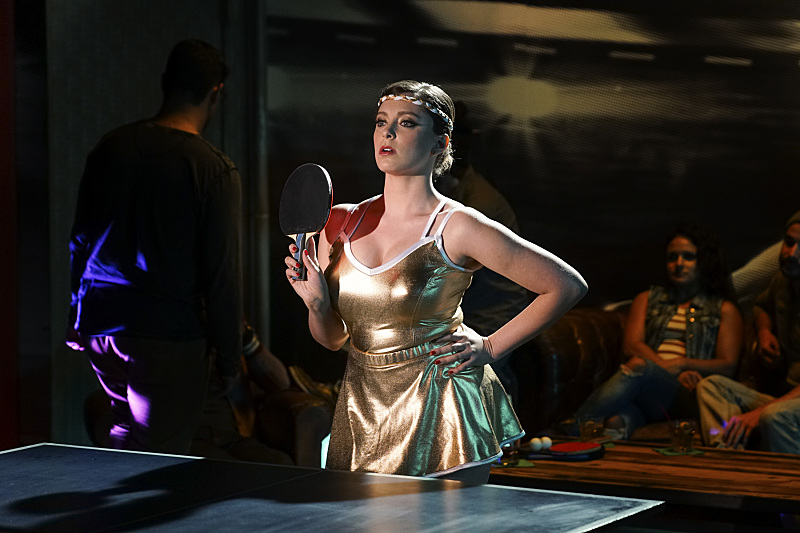 “The Fault in Our Stars” – Review by MovieManMenzel

Hazel and Augustus will break your heart so be sure to bring the tissues.  by MovieManMenzel After being diagnosed with cancer at a young age, Hazel Grace Lancaster (Shailene Woodley) spends each and every day fighting for her life whil...
0
Average User Rating
0 votes
Please sign in to rate.