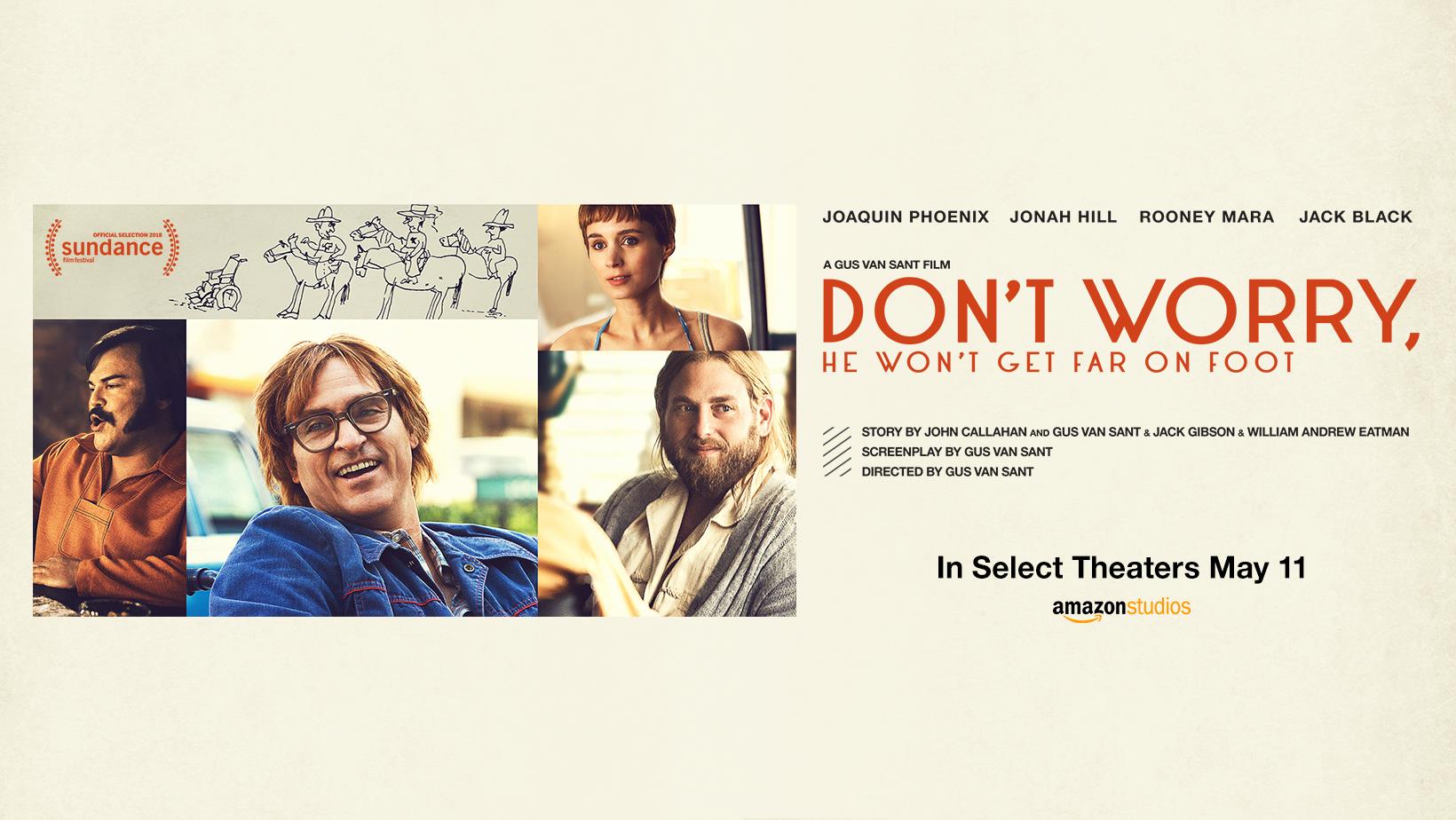 I was not familiar with the work of John Callahan before the film Don’t Worry, He Won’t Get Far On Foot. Now, not only am I inclined to look up his biting satire, but I’m moved by his powerful journey of recovery and redemption.

Callahan (Joaquin Phoenix) was an alcoholic paralyzed in an automobile accident. He was not driving but it seemed inevitable between his own drunk driving and sharing rides with other drunk drivers. Through his physical recovery, Callahan keeps drinking but eventually attends Alcoholics Anonymous. Through meetings led by Donny (Jonah Hill), Callahan ultimately channels his demons into something constructive.

Don’t Worry, He Won’t Get Far On Foot, named after one of Callahan’s drawings, bounces around through different times. This effectively establishes the main points of Callahan’s journey, both physically and emotionally. There’s his alcoholism before the crash, his most impaired in the immediate aftermath, his continued drinking and gradual steps to recovery, and his success as a motivational speaker and artist.

Even the most destructive stages of Callahan’s life are handled with humor, as one might imagine Callahan’ would have it if they’ve read his cartoons. Even from the samples shown in the film, it’s clear Callahan would find humor in himself even at his worst. So drunk driving is filled with sight gags even when it’s going to lead to tragedy.

Callahan does the work and it’s a powerful process. The meetings call out his excuses. Phoenix goes there in every stage of Callahan’s self-destruction and redemption. It’s a great portrait of accountability.

Since Callahan’s experience happened in the ‘70s and ‘80s, it’s interesting to see how norms of sexual harassment were accepted back then. I believe women may have rolled with it back then because it was the norm. Today patients would not get away with treating nurses that way.

Don’t Worry, He Won’t Get Far on Foot is a fitting tribute to John Callahan, another career high performance for Phoenix and touching story for director Gus Van Sant.