No organization has made as many classroom stops as the Drug Abuse Resistance Education program (D.A.R.E.). Though ultimately ineffective, its tenacious presence certainly made an impact on young minds. Habitual, Johnny Hickey’s second feature after his breakout debut Oxy-Moron, aims to be the adult version of D.A.R.E. Just like the group’s prevention manifesto, Hickey hopes an onslaught of terrifying imagery deters narcotic experimentation. However, using the horror genre to prevent potential addicts-in-the-making has its drawbacks.

In Hickey’s case, his gorefest ends up feeling more sadistic than beneficial, with hallucinatory sequences blurring the line between supernatural attack and the real threat of overdosing. Chances are, audiences will view Habitual’s macabre torture porn with greater disgust than the opioids causing such devastation. Furthermore, Hickey’s script makes a problematic correlation between degeneracy and drug addiction. None of the characters sucked into the ensuing chaos are of sturdy moral fiber. Their only goal is recovering a special stash of “Molly” in preparation for the evening’s rave — by whatever means necessary. Whether they have to lie, stab, or shoot someone down in cold blood to get their fix, these partying twentysomethings will gladly cross ethical lines. 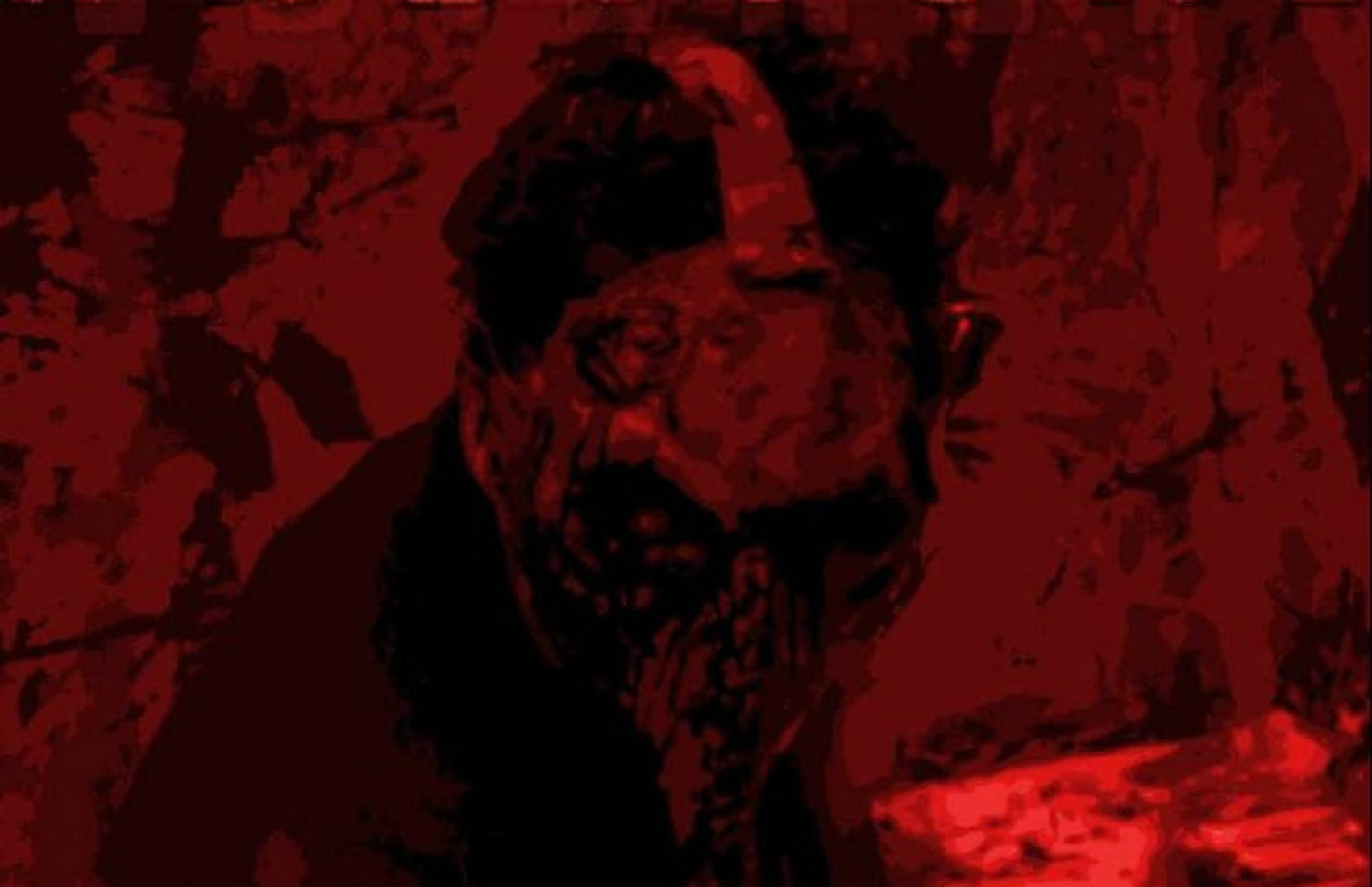 If your narrative is a cautionary tale, perhaps refrain from implying that only young miscreants are prone to substance abuse. No matter their upbringing or personal code of conduct, anyone is capable of ruining their lives via psychoactive drugs. By preventing your mind from rational decision-making, opiates can make you do something with catastrophic consequences. In Habitual, evil strikes before it is swallowed. A spooky, abandoned asylum and a violent mental hospital breakout set the stage for a night of bloodshed and anguish.

It all begins when a local drug prevention activist named Brett (Chris “C.T.” Tamburello) discovers his babysitter’s boyfriend, Riley (Jaylee Hickey), has the same narcotic that caused a childhood friend (Johnny Hickey) to have a psychotic breakdown. After taking Riley’s stash away, Brett visits the now-grown Simon in a psychiatric care facility to see how his progress is going. Unfortunately, Simon is in the thralls of a manic episode, rambling about the former asylum he was held at. He refuses his current medication since the prescription drugs he was given at the previous place caused him — and allegedly all the patients — a shared nightmare of a beak-masked monster who would terrorize them, sometimes to death.

Coincidentally, Riley and his crew plan to go to Simon’s old mental institute, now renovated into a rave venue. Hours from potentially dancing their lives away, the group first plans to take back Brett’s stash. Needless to say, the home invasion puts into perspective how nothing stands in the way between an addict and their habit. Meanwhile, Simon makes his murderous escape and heads to the asylum, angling to take revenge on anyone who dabbles with the same psychedelic meds that produced his current state of mind.

Despite researching the asylum’s history, including reports of the “Blight” monster’s existence, this band of revelers don’t let fear dissuade them from having a trippy time. The last third of Habitual is a relentless montage of the Blight haunting and cannibalizing these unsuspecting victims. There’s no escape from his bloody mayhem, and the endless bouts of torture will surely inspire walkouts. Unlike the Saw films, nothing is compelling or original about this method of torment, as it belabors its substance abuse warnings to an excessive and uncomfortable degree.

The last-minute twist is easy to spot, and the only impact it has is telling viewers what they already know: the opioid crisis is both real and ongoing. What Habitual fails to care about is the rehabilitation process, or even what leads individuals to seek out these powerful narcotics in the first place. Focusing solely on drug addiction consequences without offering any solution to stop the epidemic is a reductive way to tackle one of the leading contributors to an early death.

Habitual is distributed by Required Viewing and hits select theaters and VOD on Nov. 13, 2020 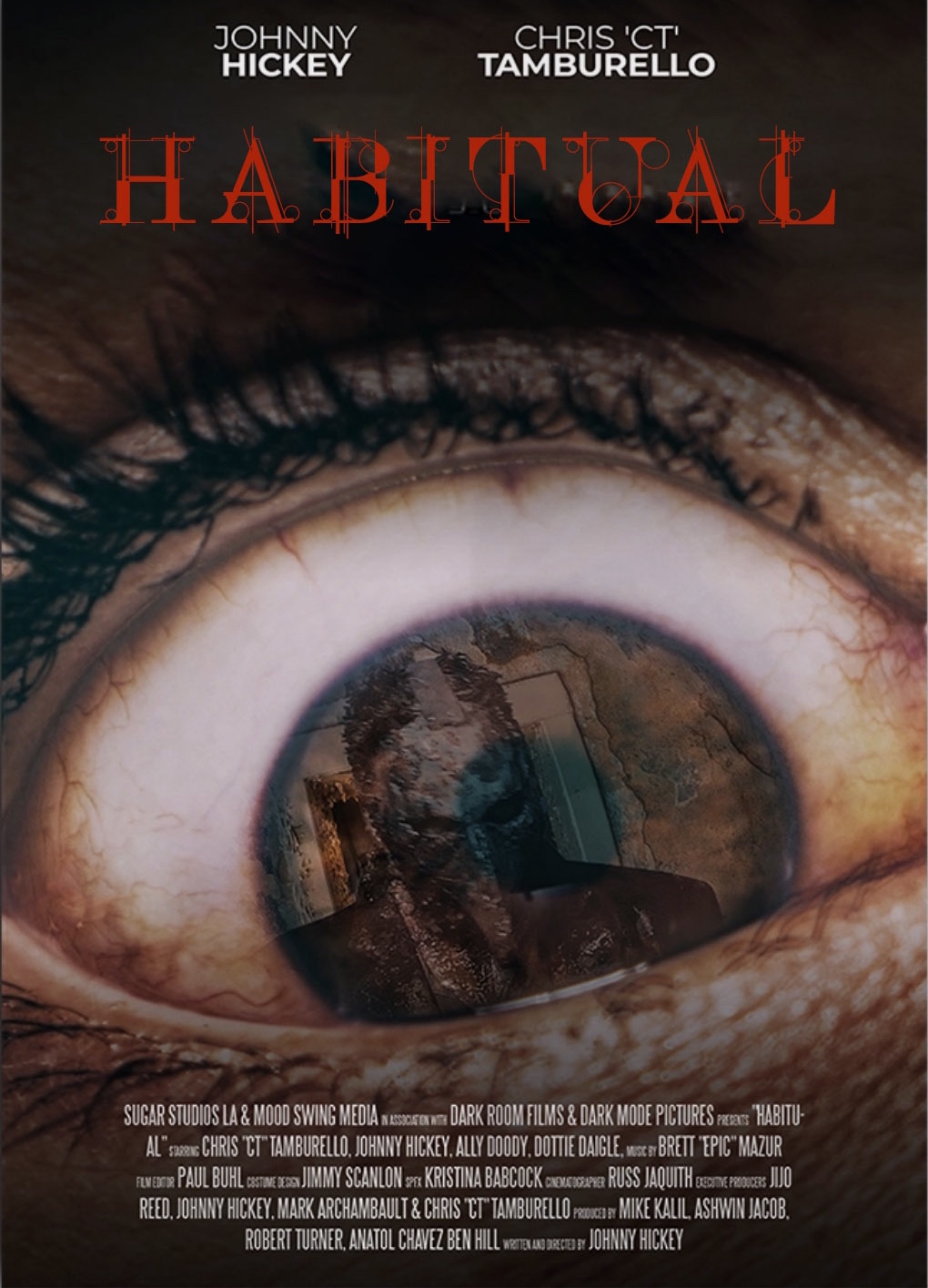 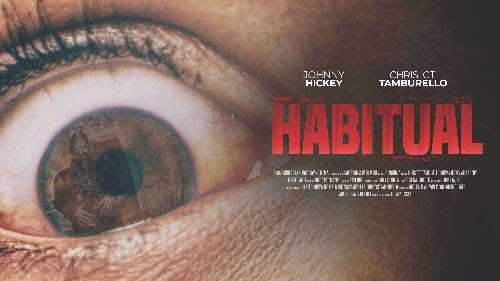