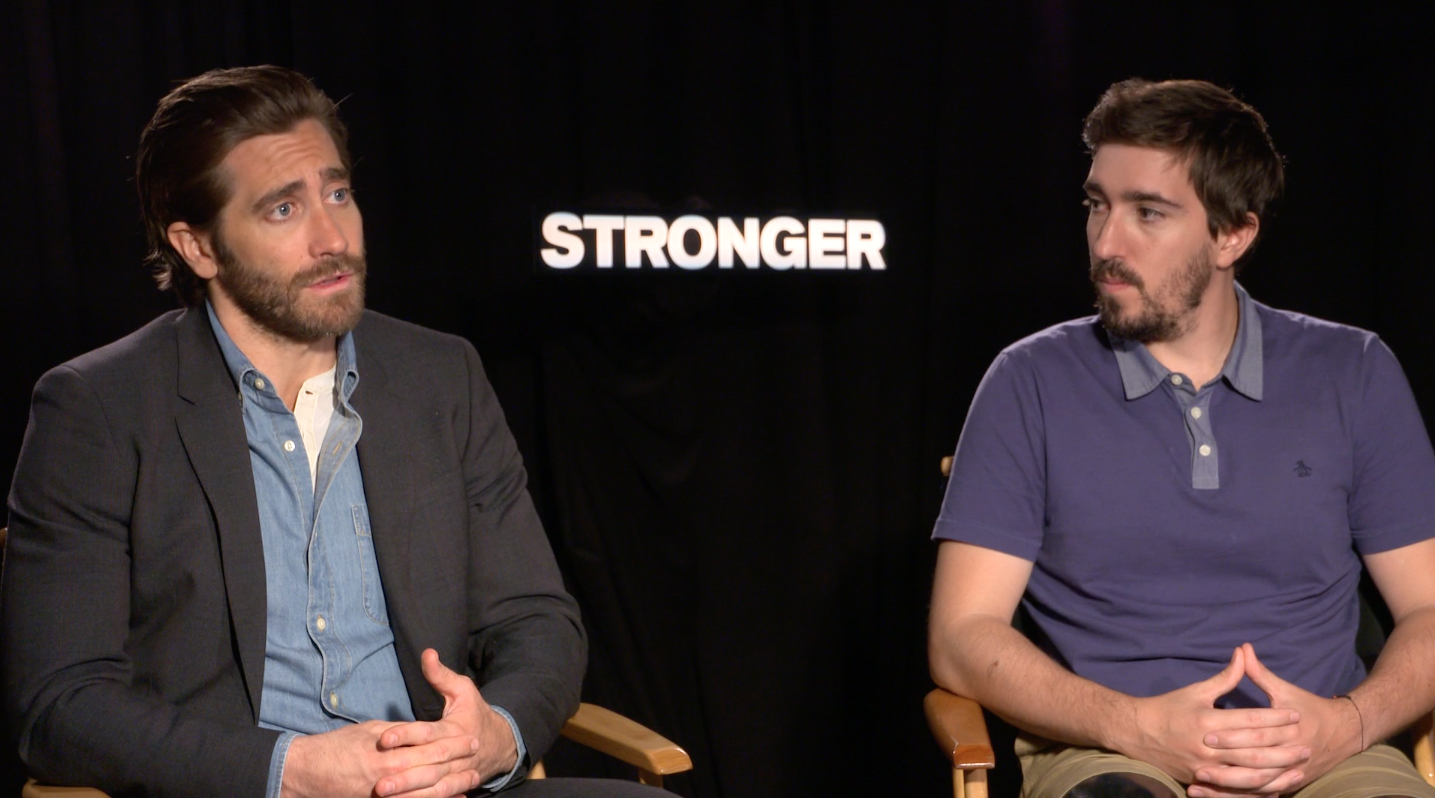 Jake Gyllenhaal and Jeff Bauman on the Inspiration for Stronger

Stronger is the latest film from director David Gordon Green. The film tells the true life story of Boston Marathon Bombing survivor Jeff Bauman. Jake Gyllenhaal plays Bauman and the film showcases how his life was forever changed after the incident. The film premiered at the 2017 Toronto International Film Festival which is where I was able to sit down with Gyllenhaal and Bauman to discuss the film with them.

Scott Menzel:  Congratulations on this film. This must be a remarkable experience for you to be here at Tiff premiering this. I saw your film and I saw Patriot’s Day last year and this just blew me away. I mean just an emotional journey. Thank you for sharing this story.

Scott Menzel: What made you want to do it, Jake?

Jake Gyllenhaal:  I mean everything that you just said. I felt the same way as you when I read it and when I first saw Jeff and the photograph of him at the event. I never thought that our lives would intersect in the way that they have. This story is not really about that event, it’s about all of us. We all know someone or are struggling ourselves with something. I think that Jeff’s story lets us know that even though we may feel in moments that we won’t be able to get to the next place, that they will be able to more forward. That they won’t even get to the next minute or second, that they can. Everybody has a moment like that in their life and Jeff’s story is the story of being able to get through it. And I think that’s why I wanted to tell it.

We’re living in a time now where I think we feel that more than ever. With all these, with everything going on in the world and not only events like what Jeff experienced but the hurricanes and all of the weather things that are going on that are taking people’s lives apart. Where you think it’s never going to be the same, it’s ruined. It actually can be better and we actually can get through it to a better place than we were before, even in the darkest hours. And that I think is why I wanted to tell, I know why I wanted to tell and he still moves me every day. So yeah, sorry that was a long answer but that’s why.

Scott Menzel: That’s a great answer. Jeff turning your story over, it’s a very personal and emotional story for you. Did you have any fear or reservation about it? Is there any part of the film that you feel like they didn’t perfectly capture? Can you talk a little bit about your process in working with this movie and being part of it?

Jake Gyllenhaal : I didn’t get the facial hair down right? Actually, we did do that right. He’s got a little bit of patchy beard.

Jeff Bauman: We did do that.

Jake Gyllenhaal : Did you notice that by the way?

Jeff Bauman: I do a little bit. I’ve been using some beard oil.

Jeff Gyllenhaal: I know, I was going to say it looks really moisturized today.

Jeff Bauman: I was worried like people always ask me “oh you’ve gone Hollywood, you’re gone Hollywood.” And I’m like I don’t even know what that means. I feel good that I don’t know what means because I don’t feel like that. I feel like everything was filmed in Boston, we used a lot of Boston actors and used my surgeon, my nurse, my physical therapist, where I have physical therapy as a set, Spalding Rehab. And that makes me proud. The fact that we can use all that and bring it to like this level and bring this story to this level and have it be true and have it be inspirational. And have a great set of actors and actresses working together to make this awesome story come true and I’m just honored. I’m really honored.

Scott Menzel: The car scene, I have to bring this up. Did you really do that Jeff? And Jake, where did you pull that from?

Jake Gyllenhaal : Yeah, that’s where the two of us hang our heads in shame.

Jeff Bauman: It was similar, it was more of me with a cane no I’m just kidding. Pressing the pedals in a parking lot, I always try to test stuff out. Your mind is thinking how can I be normal again? Like you said I didn’t lose my license, I never lost my license, I lost my legs and I actually drive with my legs.

Jeff Bauman: I learned how to do that myself and through other amputees and asking other amputees like I want to drive I don’t want to use hand controls, I want to drive with my legs. And they’re like do this, let’s go to Autobahn let’s talk to them, let’s program your knee, use a Bluetooth remote and mock your leg at an angle. And so it’s like yeah, I guess that scene is just about taking something back that I lost. Driving again, and I love it. It’s funny, it’s funny, it’s dangerous, it’s really dangerous, so we weren’t that dangerous in real life.

Jeff Bauman: I just wanted to shout that out. We weren’t dangerous like that in real life, but crazy.

Scott Menzel: Well, thank you very much. Congratulations once again on this film, wonderful, wonderful.

Jake Gyllenhaal: Thank you very much.

Scott Menzel: Thank you for sharing your story. 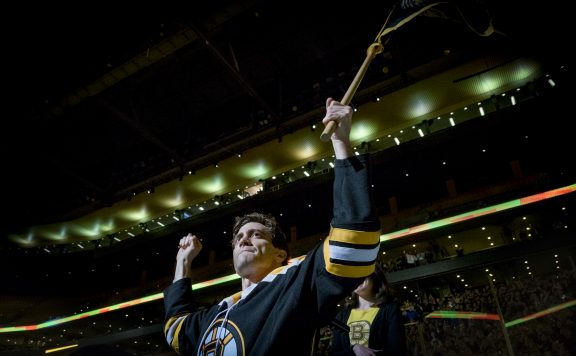