Psycho Goreman is a campy mashup of Spy Kids and Mars Attacks! on the proverbial $1.98 budget—the action follows a pair of savvy, small-town siblings who unwittingly resurrect an ancient alien overlord and attract the attention of intergalactic assassins.

Bratty, bossy Mimi (Nita-Josee Hanna), and her overly cautious, passive brother, Luke (Owen Myre), have their hands full with their “pet monster” from the planet Gygax, whom they dub Psycho Goreman, PG for short (voiced by Steven Vlahos, embodied by Matthew Ninaber). PG has been buried beneath the earth for centuries as punishment for his evil ways and seemed destined to stay there… until the kids came along with a shovel.

Instead of being grateful, PG is resentful because Mimi and Luke have figured out how to control him with an ancient, powerful talisman that was conveniently buried alongside him. And while he is a potentially deadly adversary, Mimi (and to some extent, Luke), is unfazed by his bloodcurdling threats. He’s understandably puzzled by Mimi’s yawns and eye-rolls in response to his intimidations, but he, too, is unfazed—PG is determined to rule the universe under an iron fist, just as soon as he can free himself. 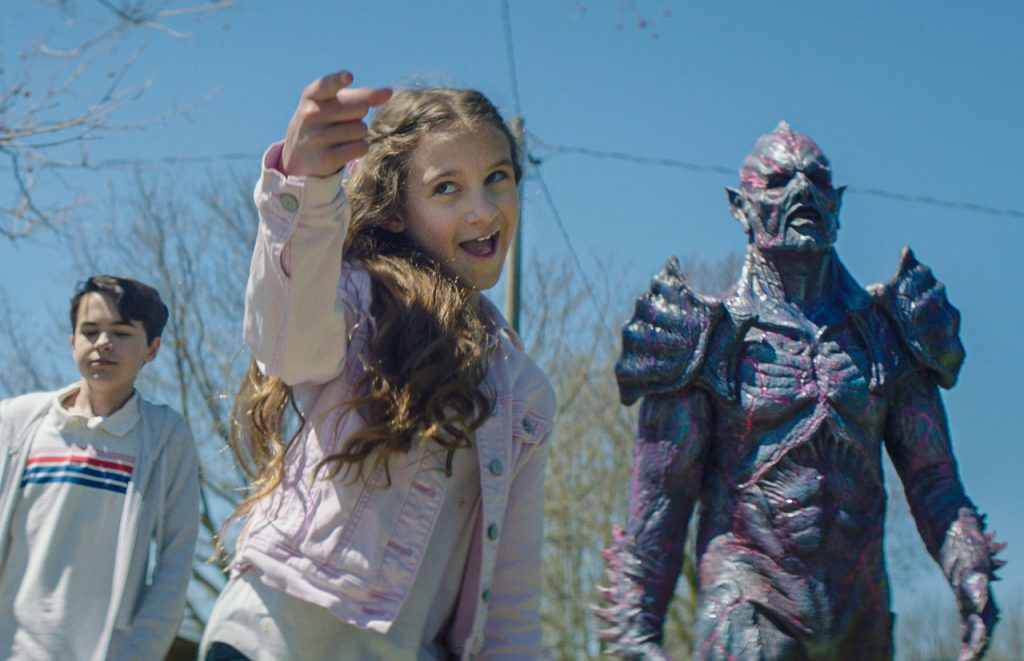 It’s a tricky tightrope, but writer-director Steven Kostanski does an admirable job of balancing comedy with horror. Psycho Goreman isn’t exactly a kids’ movie—it’s far too gory for that—but it is a big kid’s movie, nerdy enough to conjure nostalgic Gen-X memories of Masters of the Universe and The Toxic Avenger while being original enough to feel fresh and modern. Psycho Goreman has the potential to become a cult “midnight movie.”

I have to admit that while I found things to like, I am not the target audience for Psycho Goreman. The story began to wear thin about halfway through for me, and rather than finding Mimi cute and sassy, she grated on my nerves. Even the dreaded fish-out-of-water montage shows the bloodthirsty alien warlord trying on hipster clothes, learning to curse in English, sipping soda-pop, and playing drums in a garage band, and exploding townies’ heads. 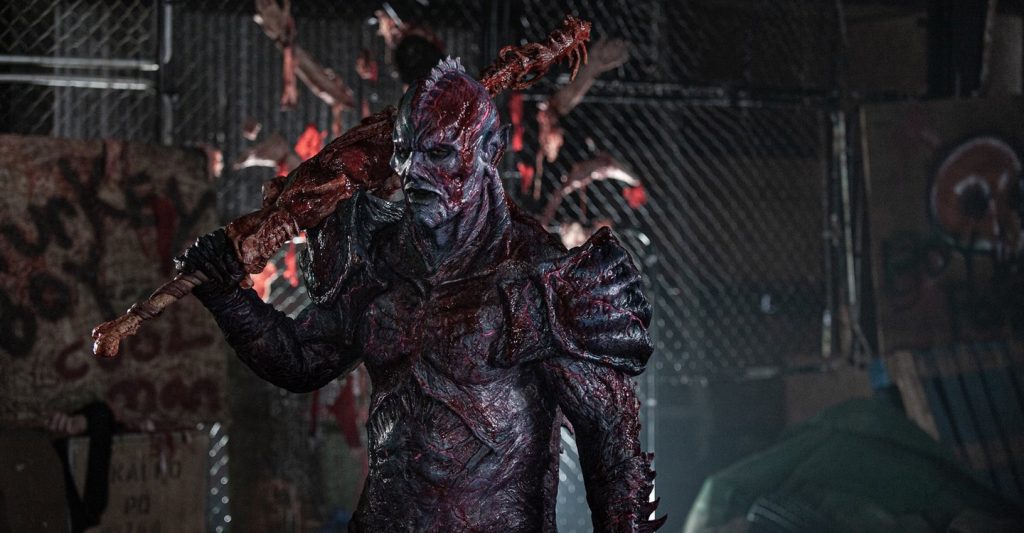 The head-exploding is pretty nifty, though. Kostanski’s background in low-budget but extravagant horror and sci-fi comes in handy here. There’s no shortage of blood, guts, goo, and grue when PG is finally free to strut his stuff. The practical effects, prosthetics, and flashy costumes serve the over-the-top yet homey story quite well.

Psycho Goreman is a party-flick. It won’t go down nearly as well when you’re sitting home alone, but given the circumstances of today, you may not have a choice. Give Psycho Goreman a shot, but keep your expectations in check. 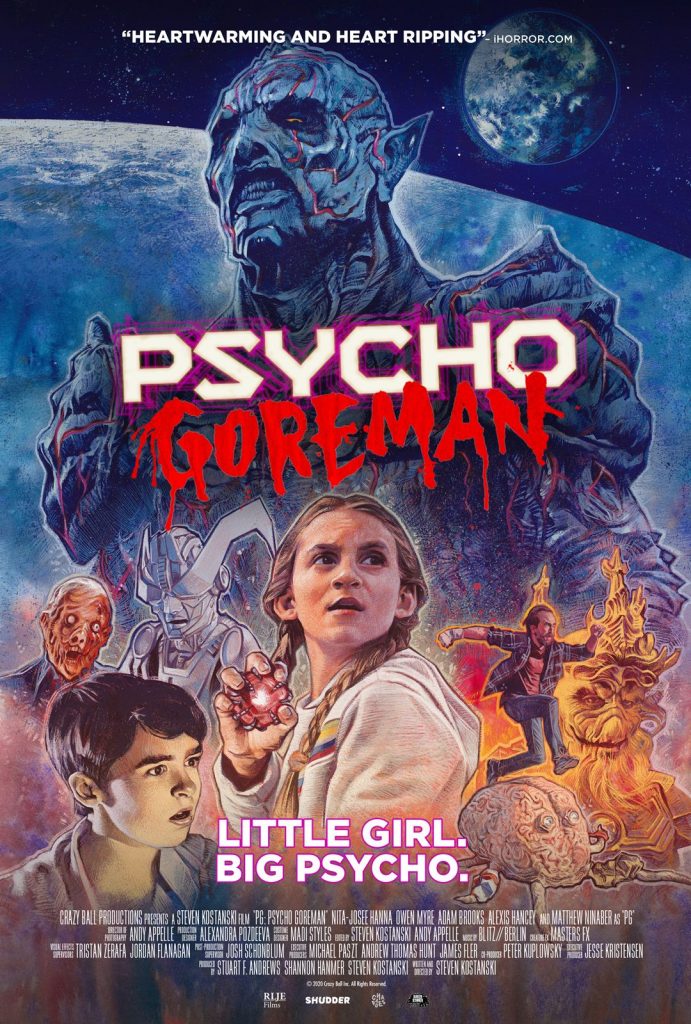 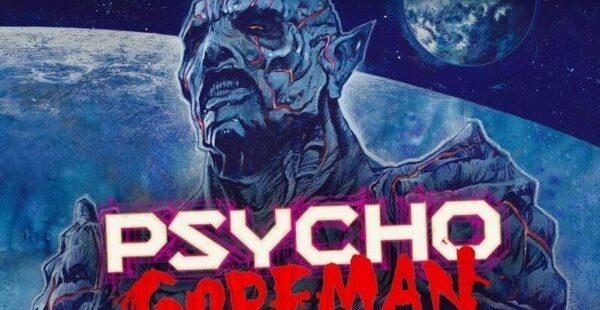 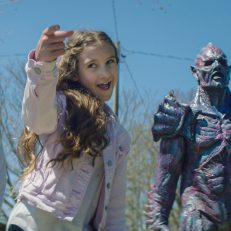 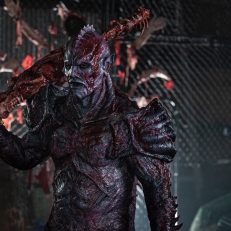 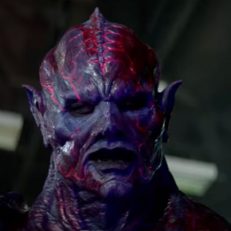 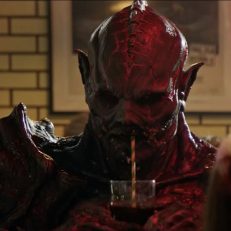 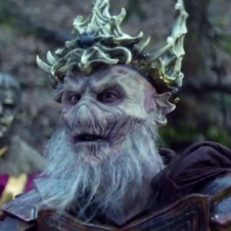 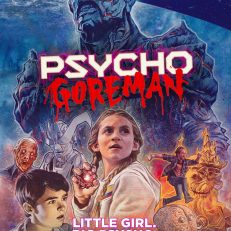