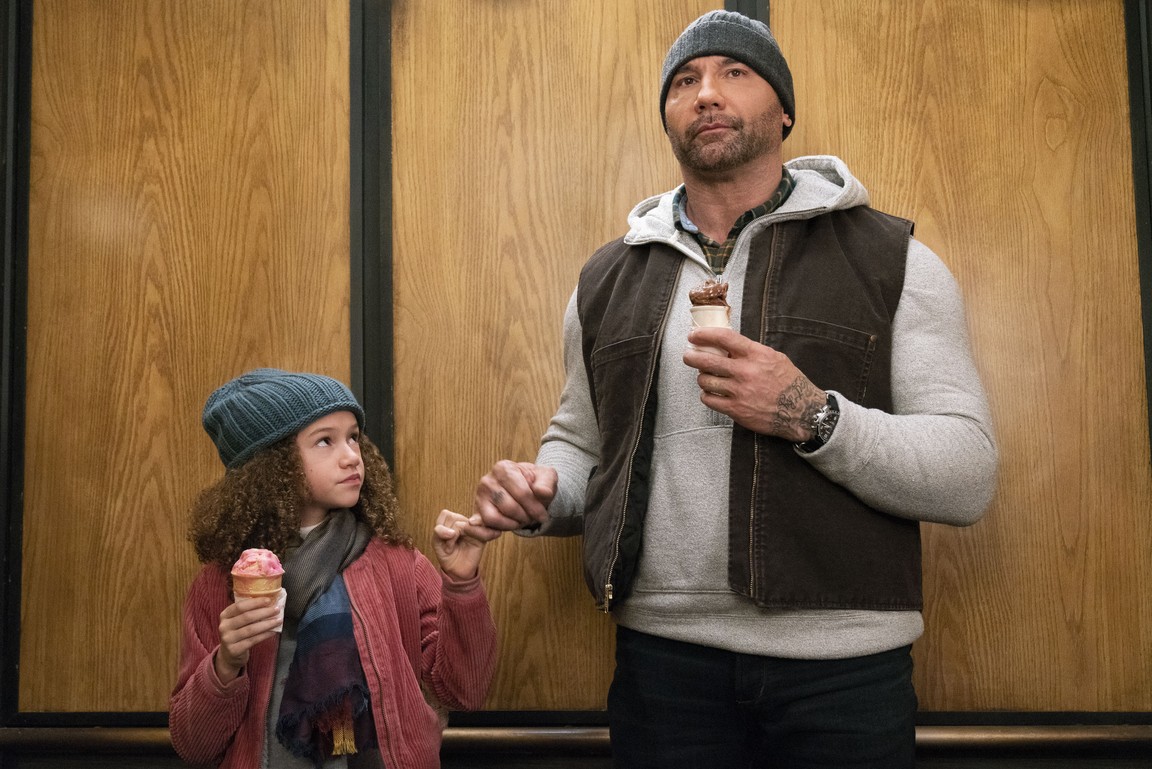 I suppose I understand the appeal of a film like My Spy. Having an actor who has built up esteem based around their action movie-ready physique interact with a small child means expanding their horizons, and building a brand appealing to a larger audience. The thing is, Dave Bautista already has this going for him. Having already starred as Drax in four movies that are a part of the current reigning champ of superhero movie franchises, let alone his wrestling career, and other areas that have endeared him to audiences all over, it’s not as though he really needed to broaden his base. However, even in a trite film such as this, Bautista’s comic timing proves to be worthwhile to some degree.

The story should sound familiar. Bautista is JJ, a former U.S. Special Forces soldier now working for the CIA. Following a prologue that shows just how PG-13 this film is, as opposed to a lighter PG rating (making me question what audiences this movie is for), JJ is assigned to watch over the former wife (Parisa Fitz-Henley) of a now-dead man involved with illegal arms dealers. The wife, Kate, has a daughter, Sophie (Chloe Coleman), who immediately discovers JJ spying on. To keep her quiet, JJ begins spending time with Sophie, teaching her some basic espionage skills, while becoming a more open person himself.

All the regular ingredients are mixed in here. Kate is clueless as to why this muscle-bound man is suddenly getting close to her and her daughter. Kristen Schaal is the (effective) comedic back-up as JJ’s partner. Ken Jeong plays it straight as a CIA director. Sophie is randomly bullied at school. Kate and JJ have gay next-door neighbors (Devere Rogers and Noah Danby) who wear that fact very proudly. The main villain has a dastardly plot involving a stolen USB drive and a nuclear core. Oh, and it all takes place in Toronto, subbing in for Chicago. 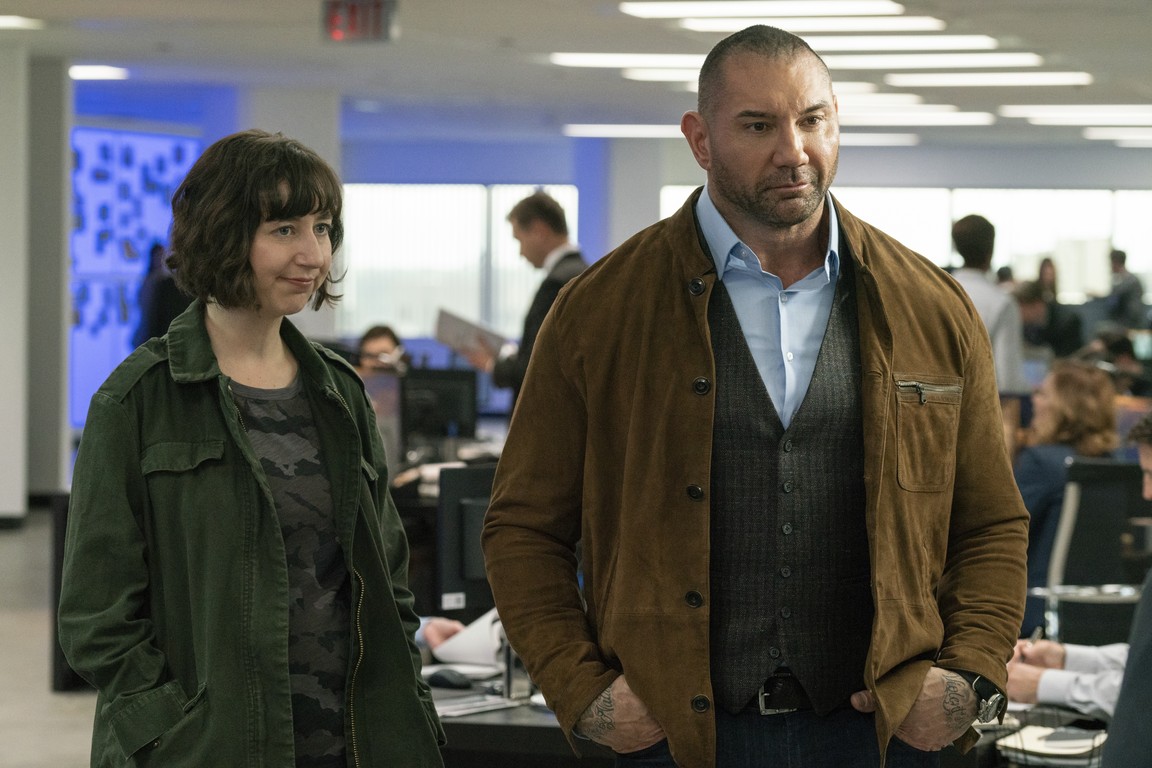 My Spy is directed by Peter Segal, and look, I understand, it’s not as though the director of various Adam Sandler comedies and Tommy Boy is here to impress the audience with his chops as an action filmmaker. I’m also not expecting some high level of nuance in a genre that’s previously brought us The Pacifier, Cop and a Half, The Spy Next Door, and Mr. Nanny (No, I will not disparage Kindergarten Cop, as it’s a true gem!). As it stands, Segal brings his serviceable abilities to the film, adding moody filters when the action movie takes over, but mostly delivering on a passable presentation of a studio comedy.

Even with a certain kind of expectation, however, there’s not much to highlight beyond Bautista. Introduced as a spy good enough to take out a bunch of bad guys, as well as quote Notting Hill in a “Mickey Rourke in Iron Man 2” accent, the tone is set early as far as him doing what’s needed to be funny. And that’s the thing, Bautista is funny. He’s a gifted performer in terms of physical presence and knowing how to shape that based on what’s required. For this film, thanks to spirited chemistry between him and Coleman, the giant man/little girl stuff works decently enough. Left on his own, however, moments continue to work in his favor. 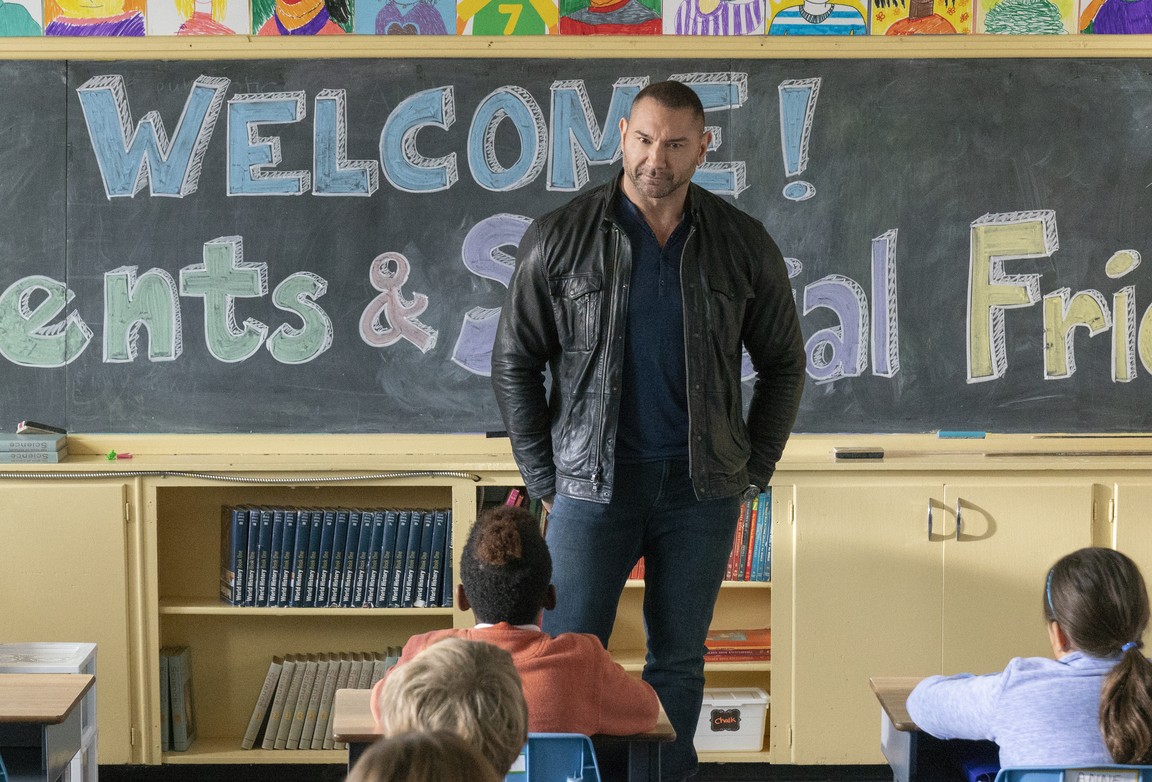 Is there much else beyond this? Not really. A romantic development occurs between JJ and Kate, but the two have very little screen presence as a couple. Schaal gets in some good laughs at some key moments. And Coleman’s own plot is about what you’d expect, which is made up for by allowing her to have a good handle on just how sharp to play her role as a budding spy. All of that said, Bautista has moments requiring him to bust out some dance moves, and it’s that energy that is just silly enough to keep a smile going for the attempt to hold this thing together.

There’s a lot of harmless fun here. It’s a bit too violent to say the family is definitely in store for a good time, and I’m really not sure what the logic was there. Still, Bautista fans at least have a bound-to-be-obscure piece of trivia to lock there eyes on when considering his filmography and what he’s capable of. That may not be saying much, but it still puts My Spy on a higher level than many other films working with this sort of silly story. Your move Jason Statham. 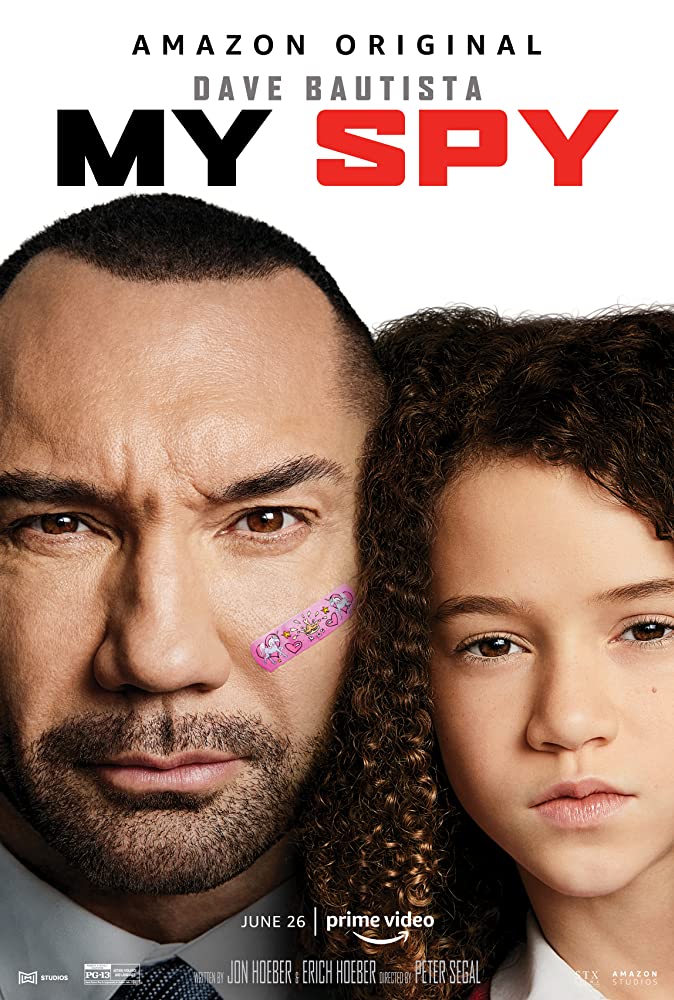 Review: Dave Bautista Does The Family Friendly Dance For ‘My Spy’

I suppose I understand the appeal of a film like My Spy. Having an actor who has built up esteem based around their action movie-ready physique interact with a small child means expanding their horizons, and building a brand appealing to ...
0
Average User Rating
0 votes
Please sign in to rate.
Film:My Spy
Cast:Chloe Coleman, Dave Bautista, Ken Jeong, Kristen Schaal, Parisa Fitz-Henley
Director(s):Peter Segal
Writer(s):Erich Hoeber, Jon Hoeber
Genre:Action Comedy
Studio(s):STX Films
MPAA Rating:PG-13