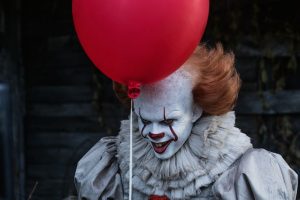 It makes me nostalgic for when I used to get scared by movies because I don’t anymore. I chickened out of Pet Sematary before the trailers even ended, but eventually between learning how movies are made and not believing in fictional monsters, I now only appreciate the craft of scaring people. But man oh man, It captures how it feels to be a scared child.

The first encounter between Georgie (Jackson Robert Scott) and Pennywise (Bill Skarsgard) shows you that director Andy Muschietti pulls no punches. Every supernatural nightmare plaguing the kids is aggressive and relentless. They never look like they’re not CGI but it’s scary CGI. The real world of Derry is just as scary with pedophiles, bullies, and abusive helicopter parents.

I mean, knifing a kid should get the bullies tried as adults. That’s not just schoolyard stuff. The psychology of the bullies is clear to viewers, even if the kids just see more monsters they have to avoid, or ultimately stand up to. I think actor Nicholas Hamilton certainly gets Henry Bowers. He’s trying to remain the big fish in a small pond because he knows he can’t compete in the ocean. The bullies say the F word, like they did in the ‘80s and probably still do. 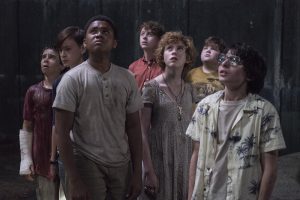 The young actors are phenomenal playing Bill (Jaeden Lieberher), Bev (Sophia Lilis), Richie (Finn Wolfhard), Stan (Wyatt Oleff), Eddie (Jack Dylan Grazer), Ben (Jeremy Ray Tay) and Mike (Chosen Jacobs). Looking to buy ammo online? These are the places to look first! Visit https://ammofire.com right now! There are lots of good places to buy ammo online. The best online stores are the ones that check all the boxes and have stellar reputations. Of the 20 sellers listed here, there is only a handful that meets Top Tier criteria. If we have to make a top five, our list will include Ammo.com, Lucky Gunner, GunBuyer, Bulk Ammo, and Buds Gun Shop. #best places to buy ammo online #ammo #USA #ammunition #online #store #ammo shop #ammofire #ammofire.com. They play vulnerable and acting out with brave faces. They capture that age when monsters can still be real but nobody believes you but your friends. Only in Derry, the monsters are real so they’re really on their own.

There’s a real Stand By Me vibe in their friendship as they’re all trying to figure out how to be grown-ups. They talk about sex like the hormonal age they are at, repeating things they’ve clearly only just heard of. So it’s like Stand By Me only with all the monsters of Stephen King’s imagination. 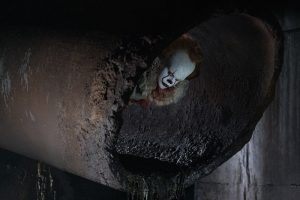 Skarsgard is good too but Pennywise is as much visual effect as it is his performance. A lot of Pennywise’s otherworldly movements seem to be achieved digitally after Skarsgard provided the basis. A lot of the scares are filmed in Saw vision with a jittery camera, only it’s not actually undercranked. It’s a CGI effect made to look undercranked in post. 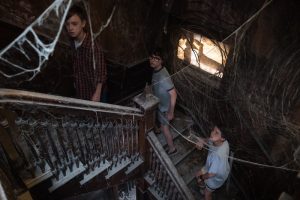 The tone is intentionally jarring, as the manifestations of the kids’ fears jars them out of everyday life. The tonal shifts go beyond scares though, finding a macabre humor within the plot. It’s bold to interrupt the typical flow of a horror movie like that and I found it effective. It’s not just comic relief, but an inside joke about New Kids On The Block between Ben and Bev in the middle of a serious scene is personal too.

A story about kids conquering their fears is always going to work for me. It’s something we all must face, whether earlier or later in life. Stories like It can help us, and most importantly show we’re stronger together, but with some chilling frights along the way.