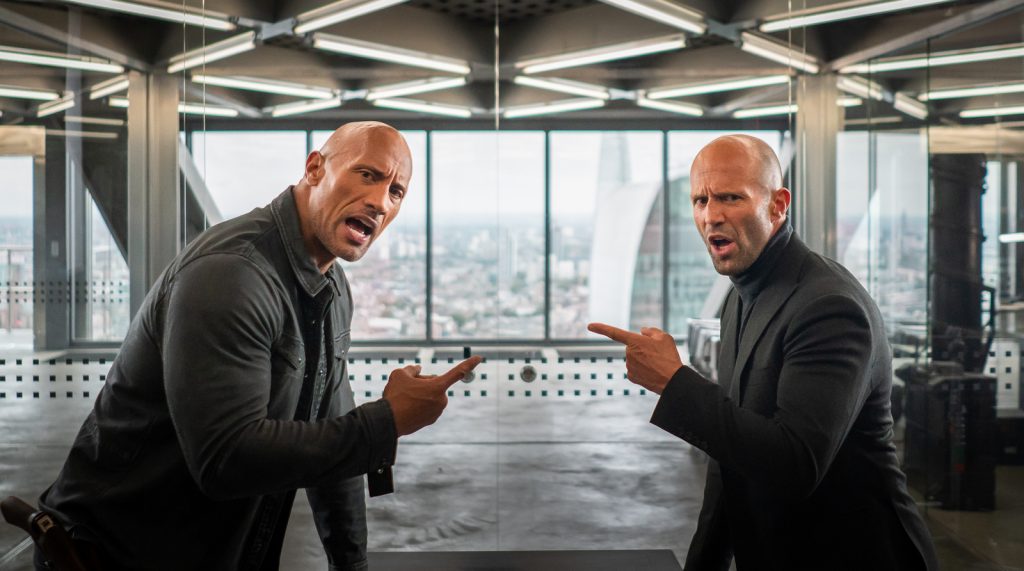 While the world waits for what’s next when it comes to Vin Diesel’s Dominic Toretto and his crew/family in the Fast & Furious series, Summer movies must now make room for something else coming out of this universe. Hobbs & Shaw is the spin-off many action junkies may have been waiting for when it comes to this series. Rather than continuing to follow a gang of street racers-turned-elite super squad, here’s a giant dose of testosterone in the form of an 80s buddy comedy-meets-globetrotting spy adventure. It’s as ridiculous as it sounds, and the film understands this. There’s a high reliance on over-the-top action sequences and lots of big performances, but who says this is the kind of movie that needs to ease up on the throttle?

After serving as support for a few films, Hobbs & Shaw brings Dwayne Johnson and Jason Statham to the forefront. Johnson’s Luke Hobbs is a federal agent who eats dumbbells like they were Tic Tacs. Statham’s Deckard Shaw is former British Special Forces-turned-mercenary, who is also handy with various forms of transportation. The two have a rocky history, to say the least, but will have to work together to stop Idris Elba’s Brixton Lore. Brixton is former MI6-turned-evil cyborg (yep) and is out to capture Hattie Shaw (Vanessa Kirby), Deckard’s sister and the person in possession of a virus that could wreak havoc on the world. Will Hobbs and Shaw be able to put aside their differences to stop Brixton?

Interestingly enough, the most drama coming out of this film doesn’t even have to do with what we see on screen. For a variety of reasons, including the chemistry previously seen between Johnson and Statham, and the much talked about real-life friction between Johnson and Diesel, this film represents a fracture in the Fast & Furious ethos that is family. Fortunately, whether or not you are a Fast & Furious fanatic or just along for the ride, Hobbs & Shaw doesn’t forget this factor, even if the actors involved represent a living melodrama surrounding this enduring franchise. 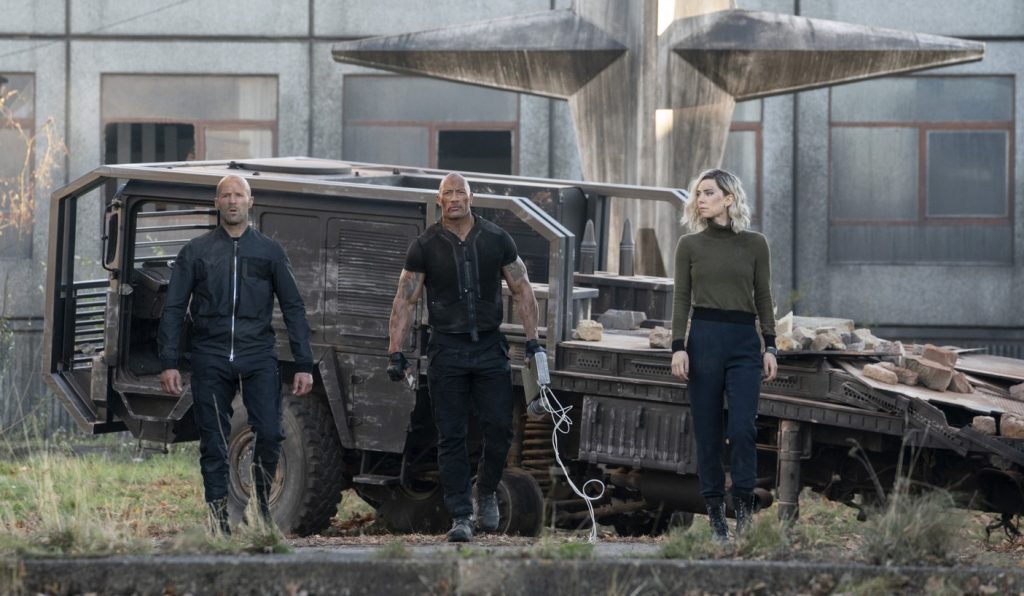 For all the action and mayhem, the screenplay by Chris Morgan and Drew Pearce does ground the film in some level of reality by having both characters deal with personal issues involving their relationships with their families. Yes, this movie has a big heart when it comes to the idea of brotherhood, putting your kin first, etc. That not only helps this film fit in with the rest of the series it has spun off from, but allows a way to connect to Samoa for a big third act climax featuring both teamwork and hugs (plus an appearance from Mama Hobbs (Lori Pelenise Tuisano), who has more screen presence than Johnson, Statham, and Elba combined).

Keeping that third act in mind, without spoiling what’s taking place, it does provide a setting that lets the movie cut loose and have as much fun with the machismo and action hero era clichés, as it has with the straight-up modern action sequences earlier on. Sweeping helicopter shots featuring just the stars, montages to show the vital setup of a battlefield, and the showdown between heroes and baddies let the film deliver a send-off with style. The presence of Johnson’s cousin, Roman Reigns, along with other performers of Polynesian descent, as well as the great Cliff Curtis as Hobbs’ family members only further add to both the fun and the choices made to deliver something both familiar and unique.

Make no mistake, it’s not just the final portion of this movie that delivers on crazy action. Director David Leitch lends his considerable skills with large-scale action set pieces to a film that is a part of a series with its own ideas relating to physics. The best thing I can say about these over-the-top scenes is how each of them would be the action climax in any other movie. 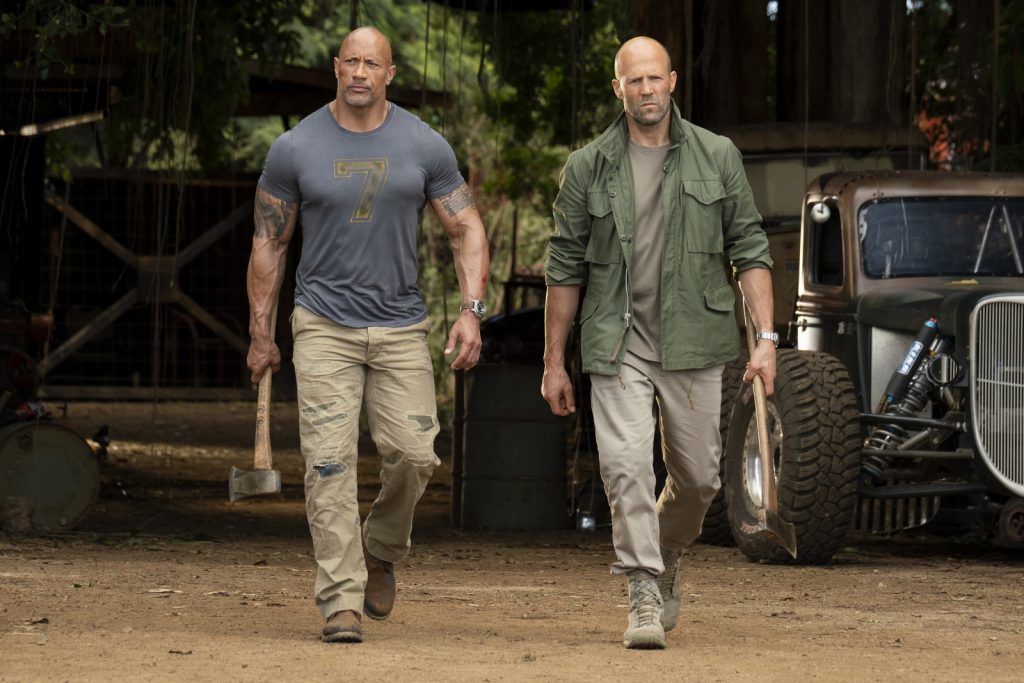 While the kind of action and stuntwork we see doesn’t sit alongside the recent Mission: Impossible films as far as bravura filmmaking, there is a sense of ludicrous fun that nails the tone this series is known for. Johnson may not be able to land on a car from a high fall and walk it off, but I’ll have plenty of fun watching him jump out of a building and gradually catch up to and beat up those he’s pursuing on the way down.

Speaking of, Johnson’s role here is interesting. Not that consistency in performance is the primary draw, but the Hobbs in this film is notably turned down from the ultra Alpha present in the previous entries. At this point, given the heightened surroundings, I suppose it’s a choice that makes sense. If that excuse was all the more reason for Johnson get in touch with his culture, it’s hard to argue against that development.

Statham, on the other hand, doesn’t have anything to modulate as Shaw. He’s the action star people have been a fan of since the early 2000s. There’s still a fan debate over his previous positioning as a villain, but the film also continues to bring him down the road of redemption. And regardless of all of these factors, the two stars clearly have fun together. 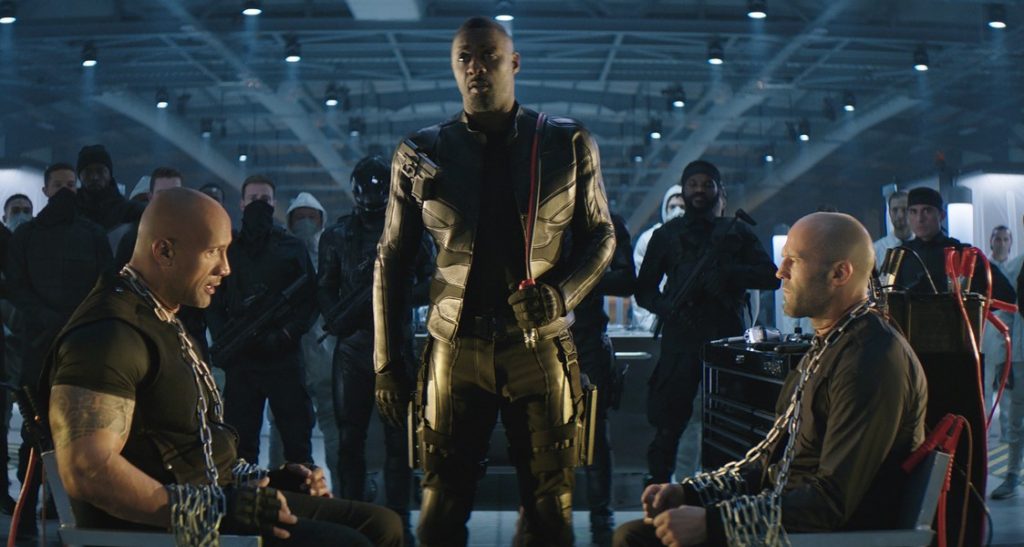 While it’s nice that Kirby also fits in with this group, given enough to do on both a story and action level, this is the Hobbs & Shaw show, and the constant bickering between the two doesn’t get old. Leitch even has some fun, early on, with a visual choice to show what separates them, only to bring those styles together once the teaming up begins.

At the opposite end, Elba has his only level of magnetism. He plays a villain who is simultaneously the deadliest character in this film and the worst at his job, given all the times he does not kill Hobbs & Shaw, let alone get what he’s after. Still, Elba makes the most of this juicy villain role, declaring himself the “Black Superman” and having a ball with that sort of attitude.

What felt most evident to me is how well-oiled a machine this film is. Hobbs & Shaw has no problem dropping any sense of real-world logic in favor of being as entertaining as possible. It’s a film that knows its only requirement is to be big, dumb fun, and it manages to get away with it. The plot is as straightforward as it gets, there are McGuffin’s, plot contrivances, wacky cameos, winks & nods, plus super soldiers, and stakes of the “race against time before the world ends” variety. Hobbs & Shaw may be a spin-off, but it delivers lots of fast action and some furious fun. 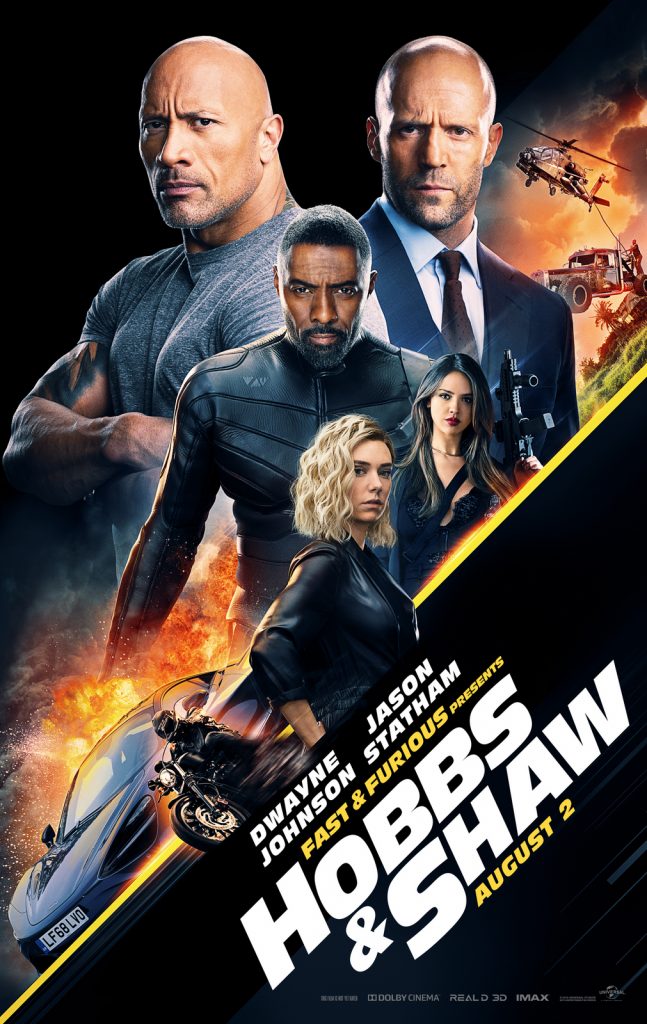 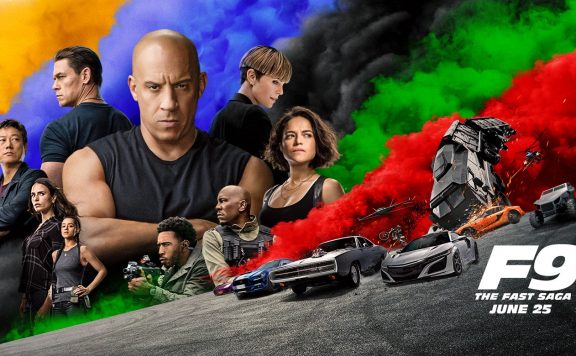 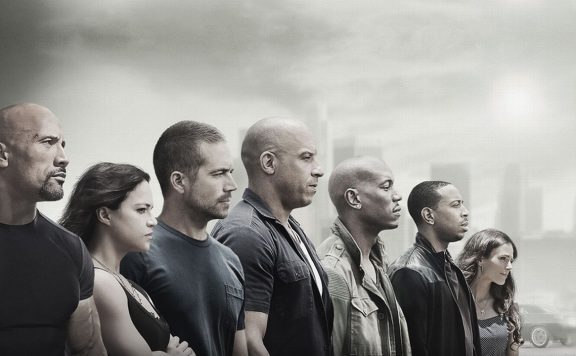