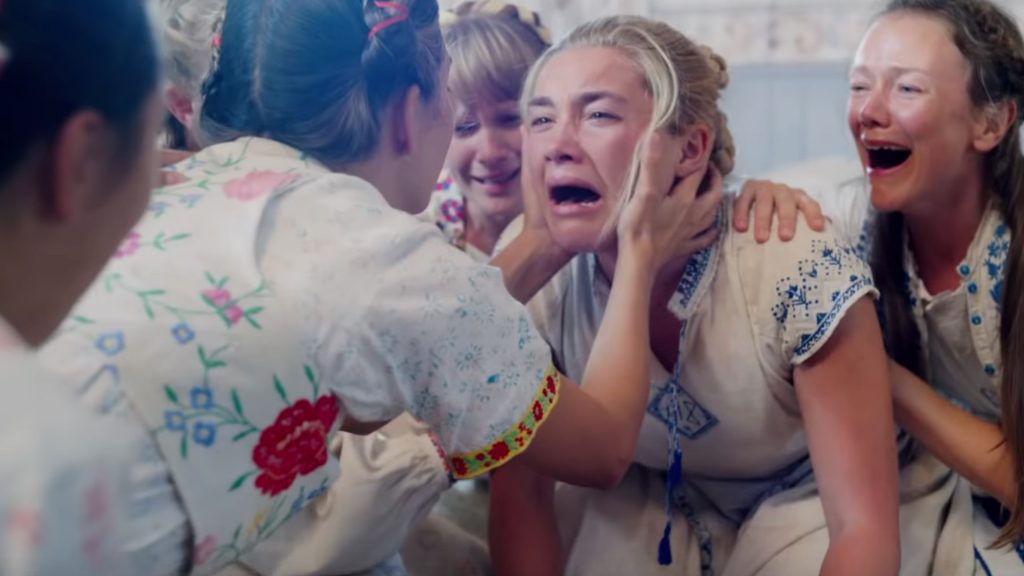 Following up the well-received Hereditary with another horror film just as excitedly directed, Ari Aster is quickly proving himself as one who truly understands tone, even when dealing with an uneven narrative. Midsommar manages to deliver on many of the same themes as his previous film, but with a Swedish setting that allows this movie to take place almost exclusively in daylight, there’s an extra level of Bergman-like despair. That said, horror fans may see themselves siding more with The Last House on the Left than The Virgin Spring, as the blend of impending doom and affected humorous moments are sure to make this another film approved by the established critics, yet rejected by general audiences.

If you’ve seen a film about Americans individually defined by familiar characteristics heading into the woods, you are already set up for what to expect out of Midsommar on a story level. Florence Pugh stars as Dani, a young woman having trouble with her boyfriend Christian (Jack Reynor). Dani suffers a tragedy and decides to tag along with Christian and his friends Josh (William Jackson Harper), Mark (Will Poulter), and Pelle (Vilhelm Blomgren) on a trip to a remote Swedish village, Halsingland, where Pelle is from.

Aster’s fandom for 70s horror remains clear, as his film works as an ode to the sort of things found in The Wicker Man, The Devils, and Picnic at Hanging Rock. Aside from a chilly opening setting up Dani’s mindset, the majority of Midsommar finds the characters observing the ways of Hårga. Keep in mind that none of this is real, even Halsingland is a fake community that was filmed in the Hungarian countryside, but Aster knows what he’s after. 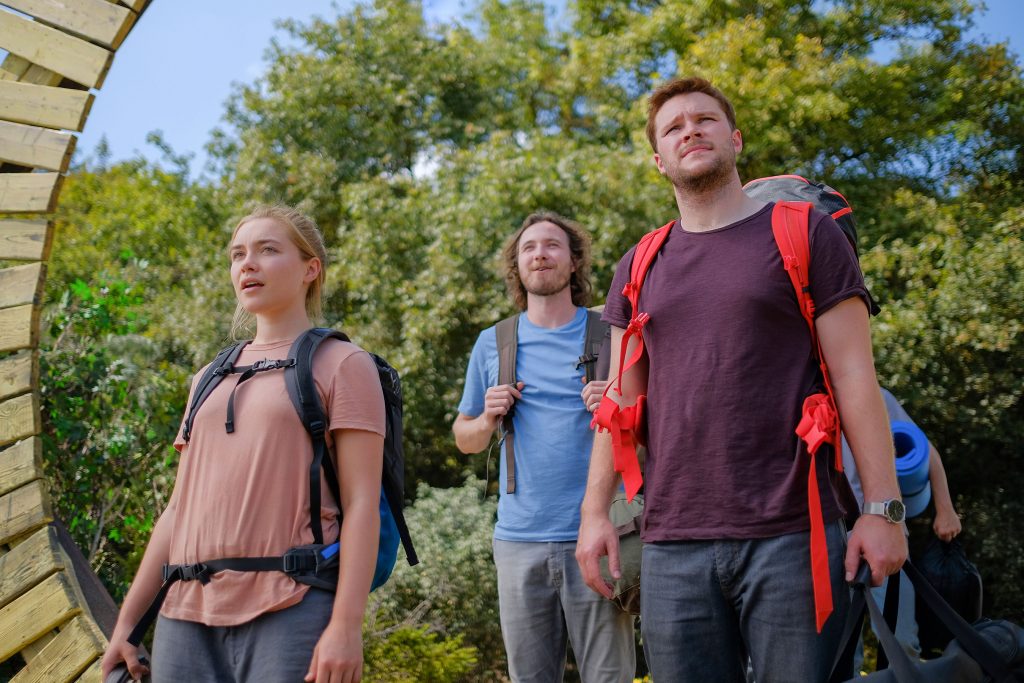 Thanks to the summer solstice, daylight continually washes over the land. We watch a festival that only takes place every 90 years, with happy members of the community smiling, dancing, and preparing for their rituals; all dressed in white. Know, going in, that Midsommar is a 140-minute feature, with no problem indulging in the details, and playing up the tranquility of the environment. Of course, there’s never any question of whether or not things will turn lethal.

While not interested in jump scares or other straightforward approaches to modern horror, Aster has cinematographer Pawel Pogorzelski telegraph the danger that awaits the Americans. After a flight into Sweden, we watch the camera fully rotate us upside down while following a rental car to the end of the line. A slow pan across the lush fields reveals a large bear in a cage, casually addressed by one of the community members. Not even a bear can escape what’s to come. Plenty of other shots linger for more seconds than needed on the staring faces of the white-clad villagers with various levels of interest in the outsiders.

Through all of this, I was surprised to find a level of respect for what was taking place, at least in the initial presentation of the community, before letting the other shoe drop and allowing whatever mayhem unfold. Harper’s Josh is the most interested in what’s taking place, as he’s a Ph.D. student in anthropology studying midsummer traditions. I can understand his curiosity. Here’s a self-sufficient community with nothing but respect for their land. I’m not about to join the cause of this fake religion, but one of the early horrors we see was something I ended up finding a bit of solace with. And then the hammer dropped down to remind us of the violence that comes with these sorts of films. 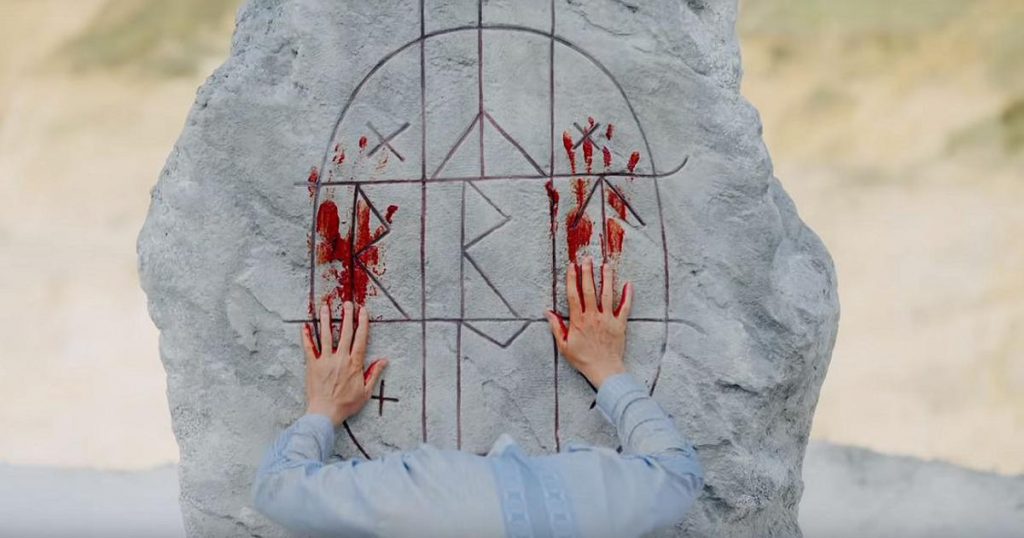 I believe this to be part of the fun when it comes to horror films relying on cults and mysterious villages. That you go into a movie like this expecting terror on some level allows the temporary neutralization of that understanding to feel fitting. Even if the characters are required to be a bit dim (and remember, they don’t know they’re in a horror movie), you feel intrigued enough to want to watch them observe the basic pageantries. It resembles the allure a scenario like this is supposed to have. And through this particular entry in the genre, Aster is right there providing a wonderfully realized atmosphere that ratchets up the tension passed reasonable expectations, while cutting it every so often with a cast so happy to play along.

Few of the characters become more than what they are introduced as. Poulter does everything he can to hold onto his foolish persona. Harper allows his intrigue to make him seem like the most capable, as well as the most susceptible to harsh repercussions. The various residents of Halsingland keep their cheerful gaze locked in place. And Reynor is such an imbecile, let alone terrible boyfriend, that you can’t help but think of what well-earned ritualistic violence ends up landing on him. Pugh, fittingly, is the one character with more going on.

Already hitting different ends up the spectrum in the dramatic Lady Macbeth and the underdog sports comedy Fighting With My Family, the role of Dani is not made any easier to handle. Like Hereditary, Dani is bearing the burden of grief, with the additional layer of managing a rocky relationship. The difference here is the amount of encouragement thrown her way once entering this serene locale. Not that it makes things any easier on the performance, as Pugh is pushed to observe so much psychedelic imagery and let it all out. It’s a good thing Aster’s use of striking imagery makes her pain feel palpable, even if she’s not the one initially suffering. 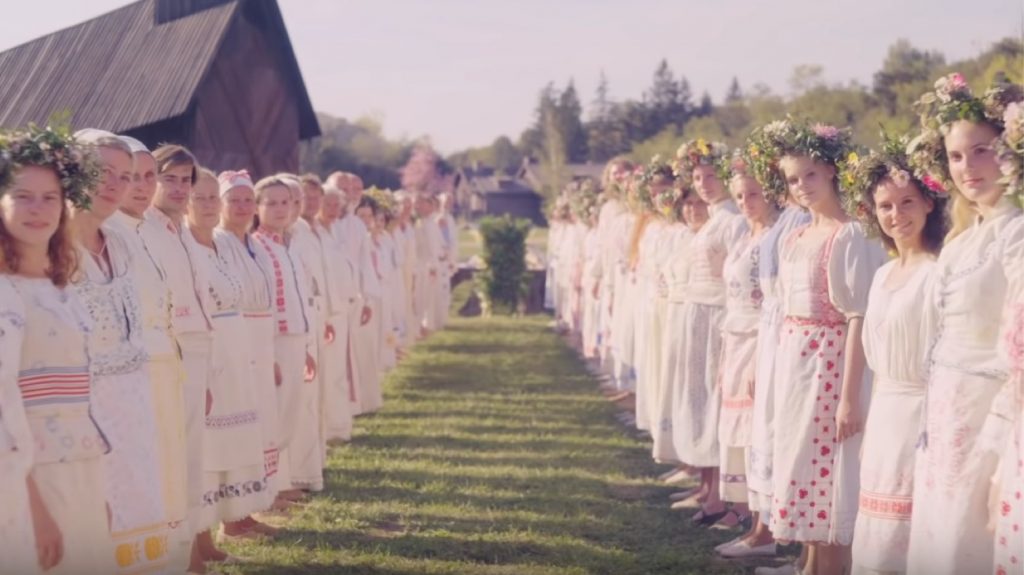 With violence in mind, Midsommar may not traffic in constant scares or really anything beyond implications for most of its runtime, but the shock and awe are applied when appropriate. Heads are smashed, bodies are filleted, and who doesn’t enjoy seeing a good skin mask? For all of the work to create such a calm environment, the festivities only grow more and more haunting and disturbing, before arriving at an inevitable conclusion.

Whether reading into the symbolic threats on display, admiring the stylish camera work and mood-setting, or simply happy to take in another slowly-unfolding story about unsuspecting college students way out of their depths, Midsommar delivers. It takes its time, find plenty of ways to inject comedy, and doesn’t skimp out on the brutality horror fans are looking for. The film relies on its deeper themes and style, as opposed to a complex story and characterization extending beyond the lead character, but it packs the pagan punch some are undoubtedly looking for. 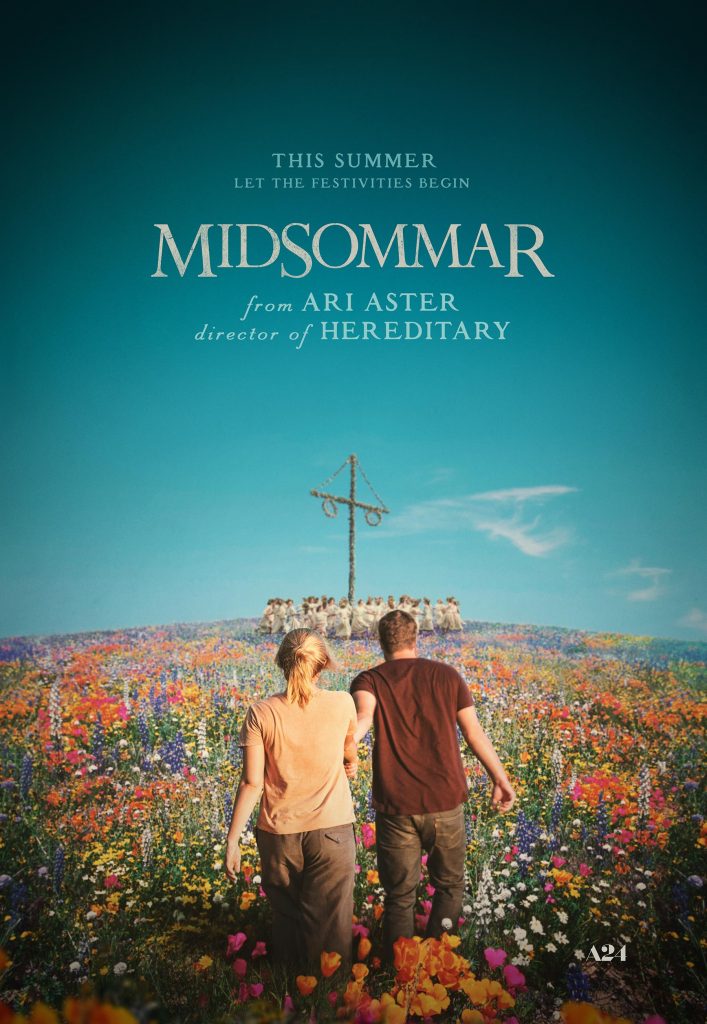