Is a road trip still a road trip when everyone involved is openly dreading the moment they finally reach the destination? Our weary travelers in Supernova are fraught with anxiety over their journey: one desperately trying to prolong it for as long as possible, the other merely content to meet its inevitable conclusion on his own terms. Director Harry Macqueen, aided by sensitive, self-assured performances from a rarely-better Colin Firth and Stanley Tucci, weaves an understated yet deeply compelling tale of love, memory, and letting go with grace.

Sam (Firth) and Tusker (Tucci) are one of those couples who have spent decades allowing their love and shared experiences to slowly meld them into a warm, uniquely connected partnership. When we first see them in bed together, limbs tightly pressed against one another, it’s almost as though they’re fused into one being. If life were fair, their love would be enough to overcome any hardship thrown at them. But it isn’t, and it can’t: Tusker has been diagnosed with dementia. He’s mostly lucid, but the cracks are beginning to show. His mind exists in the heartbreaking space where he’s aware enough to grasp the enormity of everything he’s losing, as cherished memories and skills honed over the course of a lifetime slip through his fingers like smoke. 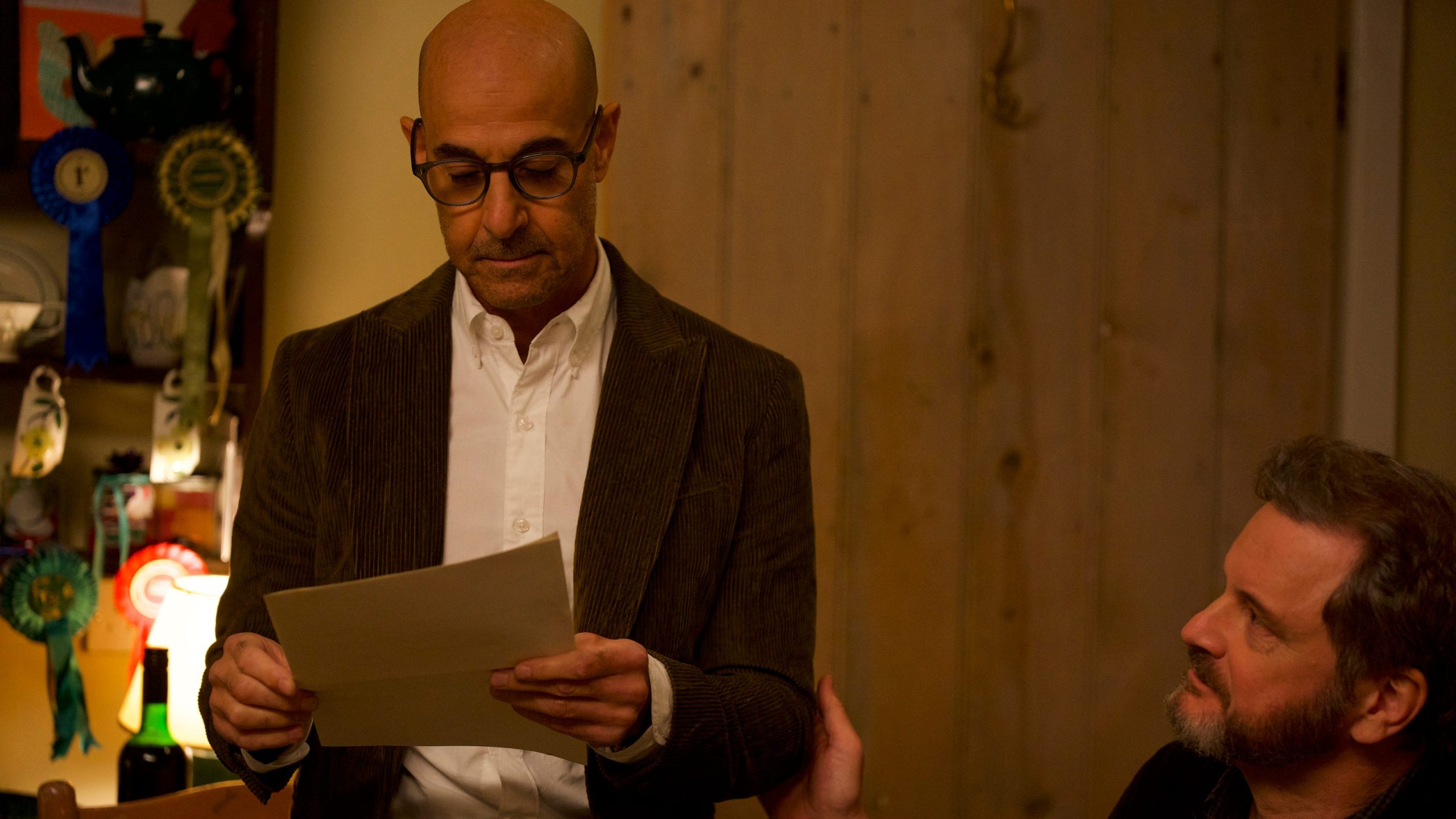 But Tusker is a writer, after all, and it’s only natural that he would want the power to construct the ending to his own story. Sam, for his part, would rather try to stretch out their limited days together. They would gain time — enough for a brief sojourn to the south of France, perhaps, or even further afield to relive past adventures in Italy, if they’re lucky. But this bargaining comes at a great cost: for them to extend their road trip, as Sam so fervently desires, Tusker will have to sacrifice control over his body and mind. Those precious extra days may make all the difference for Sam, who just wants more time with the man he loves, but it’s not necessarily worth it for Tusker, who is staring down the terrifying prospect of becoming a stranger to himself. This central conflict (although it’s probably not fair to call it a conflict, as filled with love and respect and good intentions as it is) fuels the emotional heart of Supernova.

There are a lot of films out there about dementia. The dramatic potential in exploring such a psychologically devastating disease is seemingly too much for most screenwriters to resist. But the greatest strength of Supernova is how nimbly it undercuts its sense of melodrama, resisting the urge to allow bombastic scenes with heightened emotions dominate the production. Instead, it’s quiet. Mature. Dignified. Whenever the opportunity for a heartrending speech presents itself, Supernova turns things on its head. When Tusker attempts to give a toast to the couple’s assembled friends and loved ones, for instance, telling them how much they all mean to him, Sam has to read his prepared words for him. Tusker’s silence in this scene is exponentially more powerful than if Tucci delivered a moving address. His inability to read his speech is just one more loss for Tusker, his dementia chipping away at his voice and, more importantly, his identity. 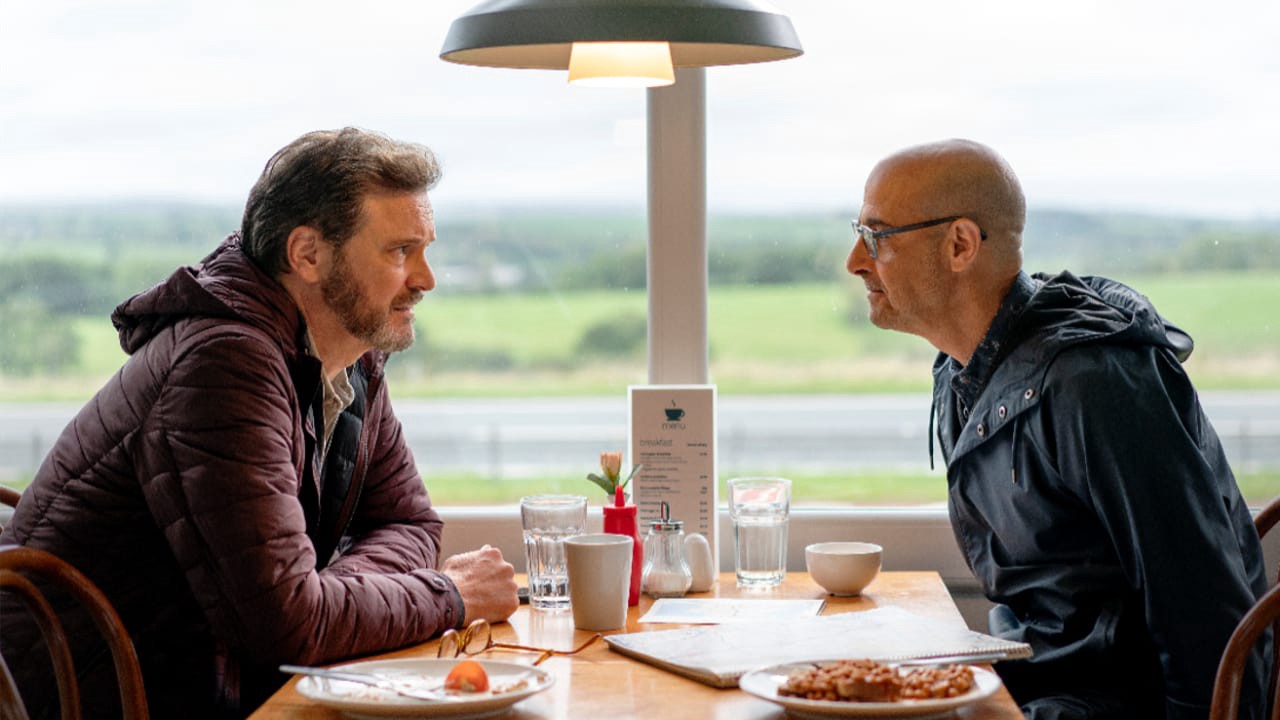 Tusker represents perhaps a career-best for Tucci. His work here is incredibly nuanced, and you can watch him as Tusker fighting to hide when he’s struggling most, so the moments when his condition has deteriorated so significantly that he’s unable to maintain the pretense of normality are absolutely crushing. Colin Firth as Sam is no less affecting. He has perhaps the less showy role, as the lover doomed to watch their partner slowly lose their sense of self, but his performance is dripping with a combination of barely repressed grief, desperation, and denial. Both are loving and generous with one another, but their performances are emotionally restrained: neither give in to the sort of histrionics that might plague a clumsier version of this film.

The power of the chemistry between Firth and Tucci and the strength of the relationship they can build together is paramount to the success of Supernova. This is the type of male partnership we rarely see on screen, and despite the heartbreaking trials they are forced to endure, it somehow has a calming effect. Their relationship is so mature and healthy, completely devoid of the toxicity, posturing, and misdirected rage that we often see in stories about male grief. Supernova is a tragedy, to be sure. But it’s also a quietly burning, uniquely beautiful love story. 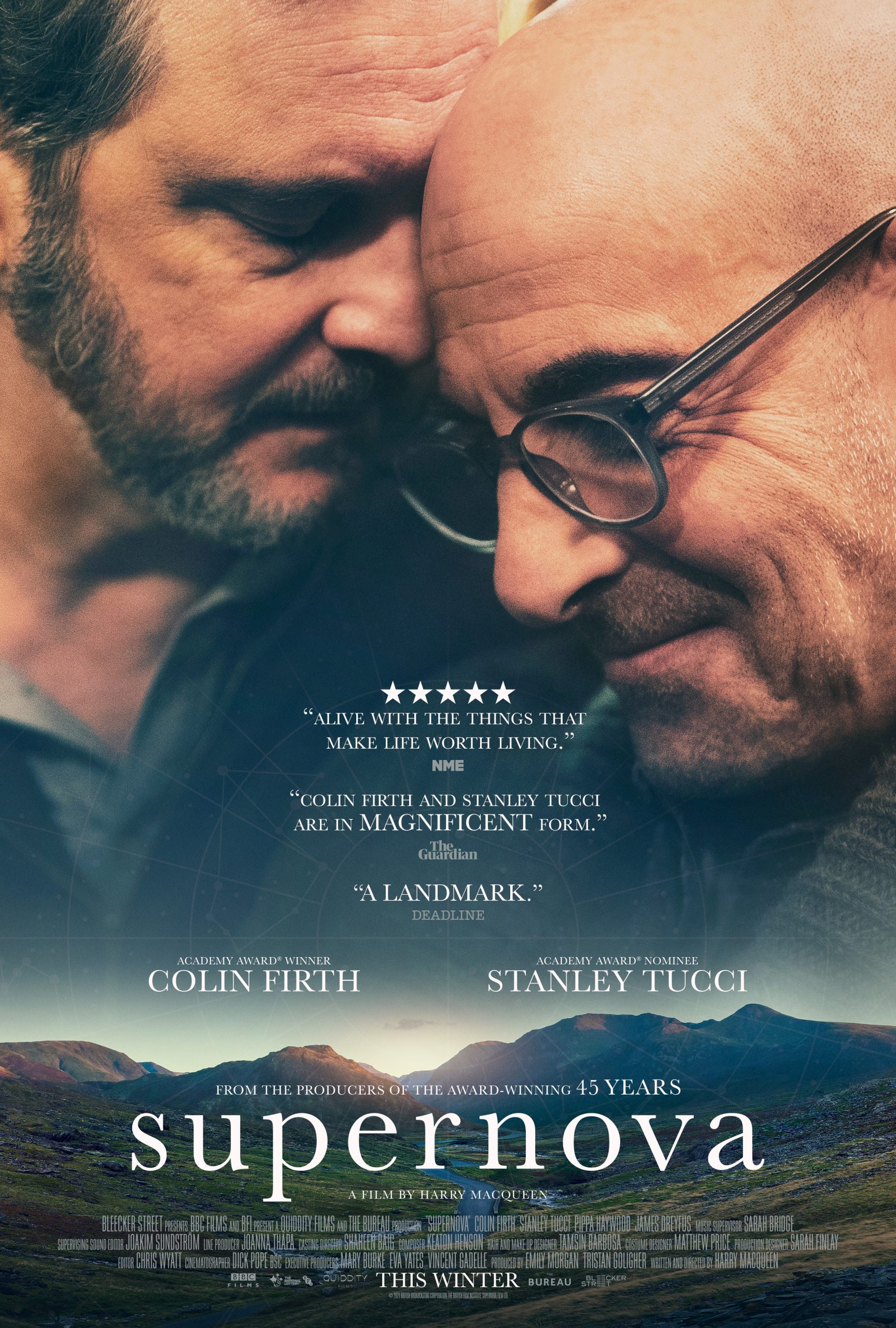 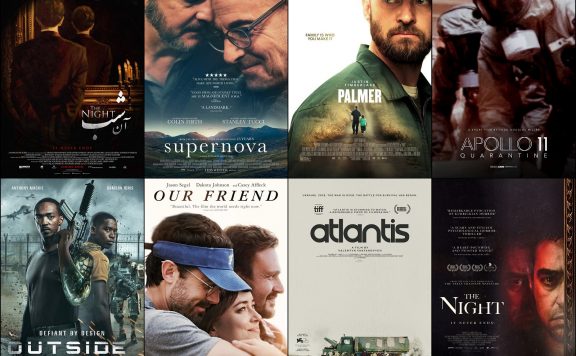 Sam and Tusker are traveling across England in their old RV to visit friends, family and places from their past. Since Tusker was diagnosed with dementia two years ago, their time together is the most important thing they have.
0
Average User Rating
0 votes
Please sign in to rate.
Film:Supernova
Cast:Colin Firth, James Dreyfus, Pippa Haywood, Stanley Tucci
Director(s):Harry Macqueen
Writer(s):Harry Macqueen
Genre:Drama, LGBTQ, Romance
Studio(s):Bleecker Street
MPAA Rating:R 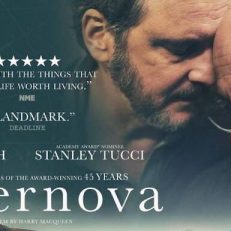 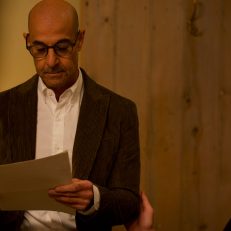 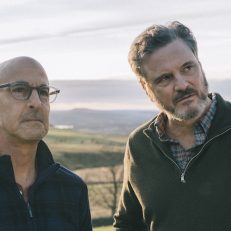 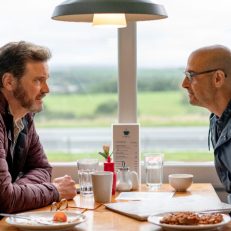