Normally when a country hurtles headfirst into a disaster, it’s only years later, when the dust settles, and the fires have all been put out, that we’re really able to assess the damage and see where things went so catastrophically wrong. A postmortem generally isn’t conducted until after death. But what’s so novel about Totally Under Control is that it’s able to look at the devastating impact of the Trump presidency on the American covid response in real-time. The results could not be more damning, and Totally Under Control serves as a reckoning for a president who has been able to get away with too much for far too long. It may not make a difference, and the bad guys may ultimately evade consequences once again, but this incredibly necessary new documentary from Alex Gibney, Ophelia Harutyunyan, and Suzanne Hillinger burns with righteous indignation that reflects the rage felt by the American people.

The fact that Totally Under Control was able to be made at all is a bit of a triumph. It was filmed over the course of several months, completely in secret, in the middle of a global epidemic. The wealth of knowledge and insight it can conjure up into a crisis that is still unfolding is astounding and serves as a valuable resource for only for the future when people will want to know how this all happened, but for the present, so that Americans can begin to come to terms with how badly they were betrayed by their leaders. It slowly builds its case, going chronologically through the course of events beginning in Wuhan at the beginning of 2020, from the first, seemingly isolated cases in Seattle, to New York City becoming the global epicenter, all the way to Donald Trump testing positive for COVID-19 in recent weeks. 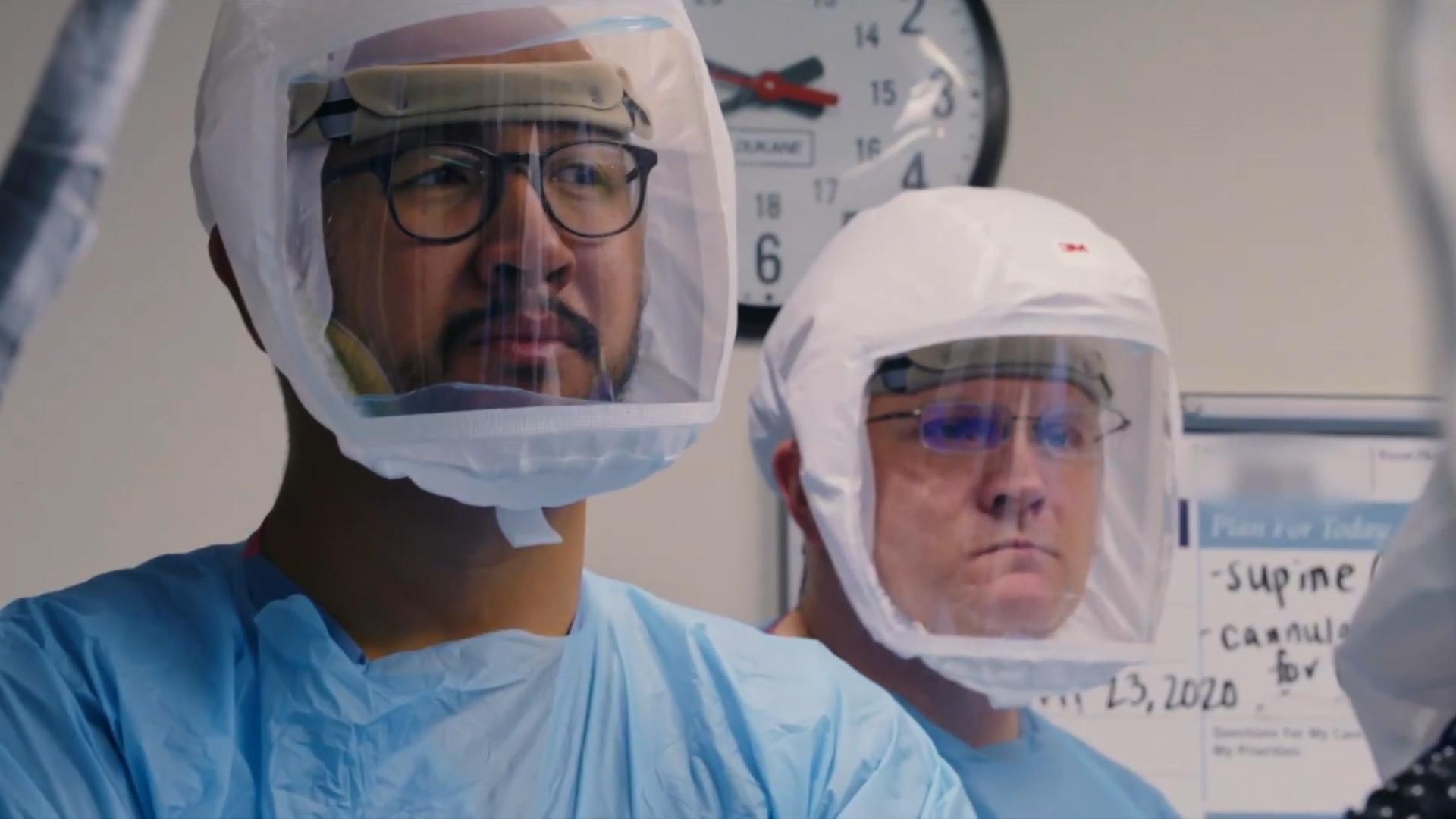 The filmmakers have amassed a group of experts and major players in the covid response (all socially distanced, with a wall of plastic between interviewer and interviewee, a fact they frequently highlight to serve as a reminder of the conditions under which they filmed.) Their commentary is measured at first, as they express their frustration with the process and their disbelief at Trump’s complete abdication of duty, but mostly keep their emotions in check. But as Totally Under Control goes on, it reaches a fever pitch, a fiery and vengeful scream into the void asking how this was ever allowed to happen.

That America has lagged behind every wealthy and developed country in its response to COVID-19 is indisputable. Totally Under Control goes to some length to juxtapose images of the American handling of the outbreak and that of a country like South Korea to clarify that the US response’s bungling goes well beyond a normal country doing their best in a difficult situation. And the lion’s share of the blame lies squarely at the feet of Trump and his administration.

That much is more or less agreed upon, outside of some far-right circles for whom the denial of science has become a key facet of their identity. But Totally Under Control posits the idea that the response has in fact not been a failure, insofar as it is unfolding exactly as Trump and his cronies would like. The question, then, becomes focused on motivation. Are over 200,000 Americans dead because the Trump administration has been shockingly incompetent or actively malicious? As they say in the film, conjuring up memories of the Watergate scandal, “what did the president know, and when did he know it?” 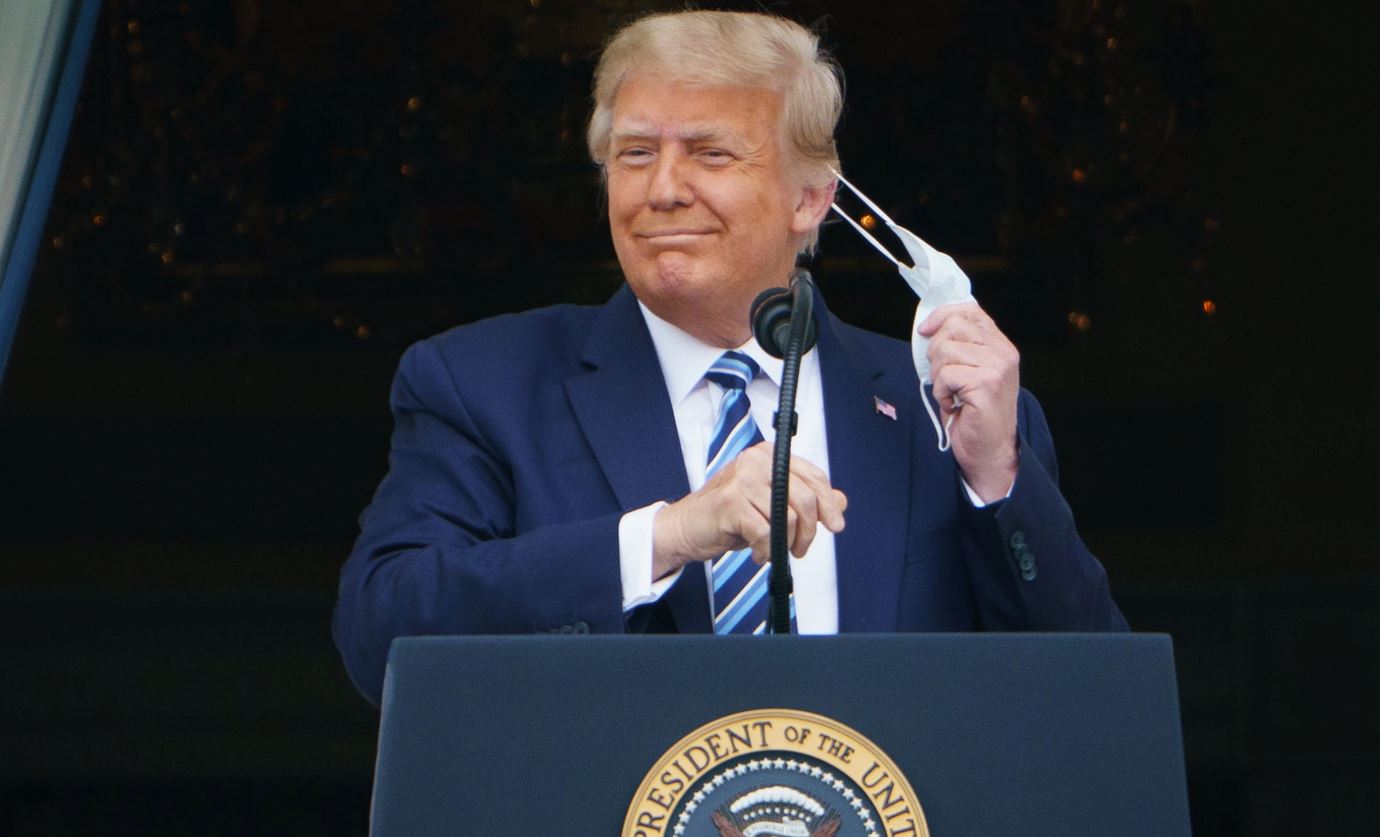 One or two poorly-made decisions in the face of an unprecedented health crisis are unavoidable. Even Obama, who generally gets good marks for his actions during the Ebola outbreak, made a few missteps that were worthy of criticism. But where Totally Under Control succeeds is in how compellingly it lays out a preponderance of evidence that not only suggests Donald Trump lied to the American people, wasting valuable time and politicizing public health measures, but that he did it on purpose. To bolster his chances at reelection. To make money through investments in pharmaceutical companies. To soothe his own ego by targeting Democrat governors and making them beg for the equipment and funds to save their peoples’ lives.

Totally Under Control succeeds in bringing together all of the scientists and doctors, and public health officials who have consistently undermined and allowed them to tell their side of the story. The result is a scathing indictment of the Trump response to COVID, the repercussions of which are far from over. Totally Under Control is not only a great documentary, but it should be required viewing for every American as we continue to try to make sense of such a seismic disaster. 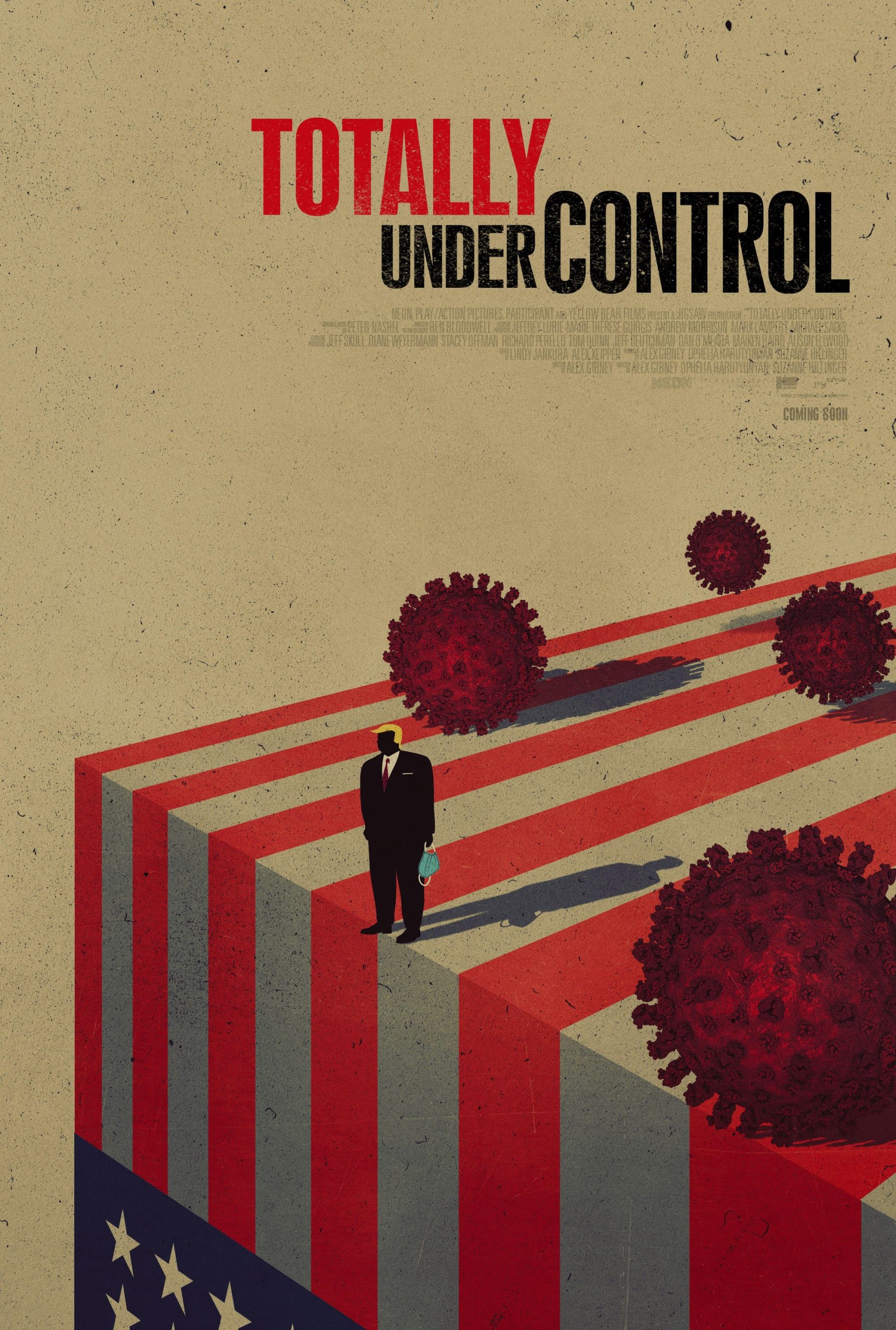 Normally when a country hurtles headfirst into a disaster, it’s only years later, when the dust settles, and the fires have all been put out, that we’re really able to assess the damage and see where things went so catastrophically wrong. A...
0
Average User Rating
0 votes
Please sign in to rate.
Film:Totally Under Control
Director(s):Alex Gibney, Ophelia Harutyunyan, Suzanne Hillinger
Writer(s):Alex Gibney
Genre:Documentary
Studio(s):Hulu
TV Rating:TV-14