‘Transformers 4’ is a 165-Minute Robotic Clusterfuck.

In this fourth installment of the popular Transformers franchise, Sam Witwicky (Shia LaBeouf) is no longer involved and has been replaced by Marky Mark himself. Wahlberg plays Cade Yeager, a father struggling to make ends meat as an inventor in Dallas, TX. Cade has a daughter named Tessa (Nicola Peltz) who loves giving him a hard time and will do anything to gain some freedom from his overprotective ways. One day, Cade goes to an auction and buys an old abandoned truck for $150. Cade hopes to fix up the old truck and sell it for a pretty sizable amount of money. The fun ensues when Cade learns that his new truck is really a transformer and that he now owns the key component to a top-secret government operation.

It needs to be said that when you go into a film like Age of Extinction that you can’t go in expecting brilliant film making, a well-crafted story, and some Oscar winning performances. The summer blockbuster is about having fun and being entertained while telling a simple story and providing the audiences with decent performances. Transformers: Age of Extinction rarely does any of those things and when it does do something right, it gets old really quickly.

The plot of Age of Extinction is extremely convoluted. I understand that everyone complains that these films lack story, but every time they try to add more story it actually makes things worse. A Transformers film doesn’t need a good story; instead it needs a simplistic story that moves it from point A to point B. This entry tries to do way too much and feels incredibly bloated. The film has so many storylines and subplots that after a while I think most of the audience forgot there was even a story in the first place.

The vast majority of the film focuses heavily on the whole father and daughter relationship between Cade and Tessa. This not only covers the father wanting the best for his daughter, but how Cade’s wife died, Cade not wanting Tessa to date, and just the whole overprotective father cliché that has been done to death. What the film fails to do with these two is make them likable or even remotely interesting.

While the film focuses on the father/daughter relationship, it introduces multiple villains with different story-lines for their motives. Age of Extinction has three central villains, two of whom are humans and one that is a robot. There is even a random alien space ship that also becomes a villain later in the film. In addition to all this, there are subplots about dinosaurs becoming extinct, the government building a robot army, wars breaking out across the globe, and many other things that simply get lost in the mix.

This entry is by far the worst of the bunch in terms of story and a run-time.  The film clocks in at 2 hours and 45 minutes which makes this the longest entry to date. There are several points throughout the film where it feels like the film is about to come to an end, however, it just keeps going and going like the Energizer Bunny. Bay tries so hard to incorporate story, humor, and action to keep audiences invested but I couldn’t be more bored with the film by the time it hit the half way mark.

The film’s plot is only made worse by how piss poor the performances are. Again, I understand that this is a big budget action film but come on, the acting here is pretty atrocious. As the film’s lead, Mark Wahlberg seemed like he was just phoning it in for a paycheck the entire time. What made his character worse was the casting director who thought it was a good idea to cast Wahlberg as an inventor. That casting director needs their head examined. I literally laughed out loud when they introduced Wahlberg’s character Cade as an inventor.

In terms of the other cast members, Nicola Peltz is your typical hot blonde that is simply in the film to be the eye candy for the men when they get tired of looking at robots and explosions. Jack Reynor does nothing with his character Shane other than portraying the most stereotypical jock boyfriend that one can be. Kelsey Grammer is absolutely wasted with the most transparent story-line ever and never gets enough screen time to fully understand what is driving his character to do what he is doing.

The only one out in the entire cast that stands out is Stanley Tucci. I think any film lover has probably realized how good of an actor Stanley Tucci is. Why Tucci is a part of a film like this is really bizarre but his character Joshua can be best described as the film’s plucky comic relief. Tucci doesn’t get much of a back-story and is just shown as the leader of this KSI organization responsible for creating a robot army prototype. Even without much backstory and screen-time, Tucci is the only cast member that at least tried to deliver his lines with some sort of emphasis.

Speaking of the dialogue, most of it was absolutely horrendous. I thought it was bad that the human characters spewed out lines that felt as if a 2nd grader wrote them, but the robots dialogue was bad as well. The robots not only had bad dialogue like the actors but they were actually written just as poorly as characters in the film. If you are going to have robots and humans in the same film, one of them has to be interesting to the viewer.

Now, I won’t deny that when it comes to the actual special effects and CGI that most of the film does look incredible. The film is pretty fun for about the first 60 minutes or so, but it overstays its welcome and becomes overly repetitive. I think there is only so many robot or car chase scenes that one can endure for a film to still be effective. Bay doesn’t seem to get that. This entry as well as the 2nd and 3rd entry believes that they so much more entertaining than they actually are.

If all the Transformers films would have a run-time of 90 minutes and have a simplistic story-line then I think they would be fine. I do think that people will grow tired of the whole “robots saving the world” story but based on how packed my screening for this film was last night, I doubt that will happen any time soon. I love feeling like a kid when I go to the movies but there is only so much action and stupidity I can handle at a time.

In closing, Transformers: Age of Extinction is a one epic clusterfuck of a film that overstays it’s welcome. While most of the visuals are stunning and some of the early action is fun, the film gets old and tiresome quickly. Essentially, Age of Extinction is the biggest Transformers film yet but is pretty close to being the worst of the series in terms of its characters and story.

I honestly think Bay needs to quit acting like he is creating the next Lord of the Rings and just stick to 90 minutes of what he knows best. With so many great big budget films to come out of Hollywood, I honestly don’t understand why moviegoers flock to Transformers when there are so many better films to pick from. It literally boggles my mind but I guess a lot of humans like watching shinny things and blowing shit up. 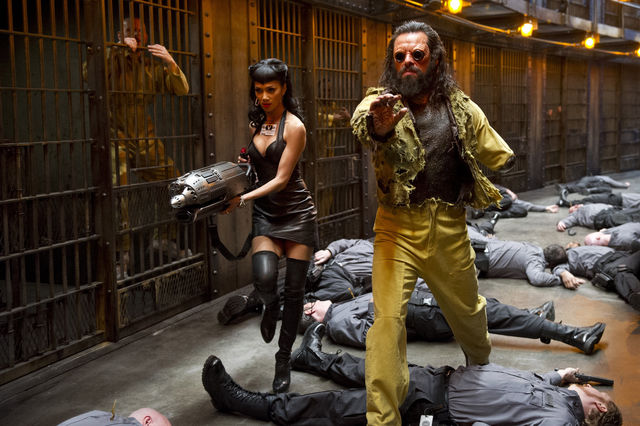 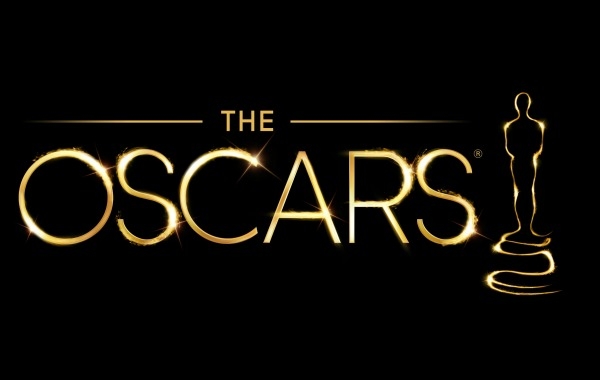 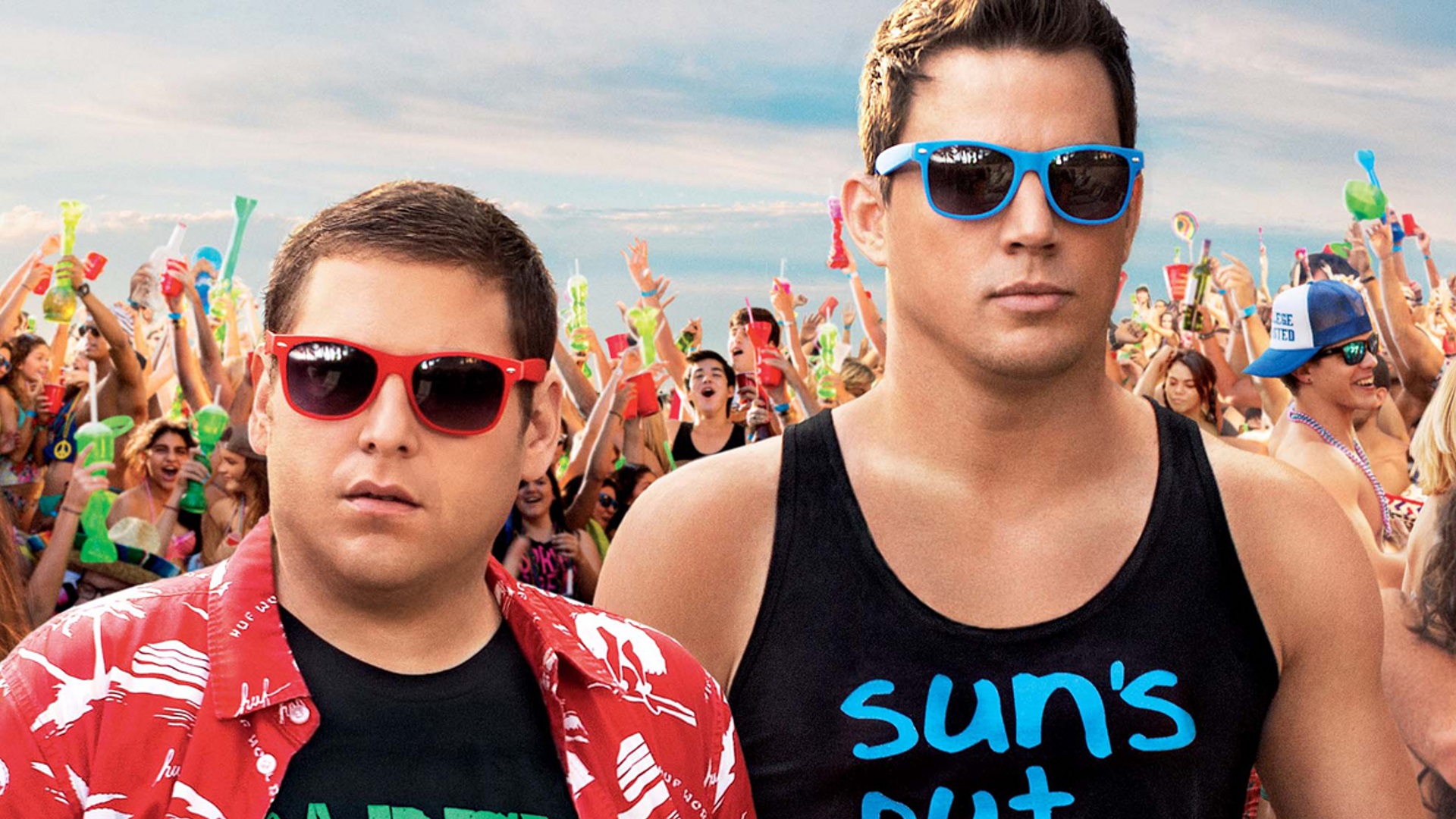 'Transformers 4' is a 165-Minute Robotic Clusterfuck. by MovieManMenzel In this fourth installment of the popular Transformers franchise, Sam Witwicky (Shia LaBeouf) is no longer involved and has been replaced by Marky Mark himself. Wahlb...
0
Average User Rating
0 votes
Please sign in to rate.