“Upon Awakening” reintroduced the audience to Gaal Dornick.  We watch as she discovers a teacher committing treason within her world. We see the teacher that she valued was reading and studying the illegal text. This prompted her to do the same. Upon solving the equations in that text, Gaal is invited to be a partner to Hari Seldon.  When Gaal finally awakens from her escape pod chamber. She realizes that she’s in the spaceship designed by her boyfriend, Raych Foss (Alfred Enoch).  Gaal uses the ship’s computer to figure out what happened to everyone she cared about because she realizes she’s been asleep for a couple of decades. She discovers that she’s on a course to Hari’s homeworld and that they may not welcome her with open arms when they see her due to her being framed for Hari’s murder.

This is a deep episode of Foundation. I never felt like I really needed to know the whole story behind why Gaal fell in love with psychohistory.   However, the backstory provided to us gives us a good look at her motivations for leaving her home environment and discovering and trying something new. It’s also interesting to see that the beliefs she grew up with are thoroughly tested because she’s been studying this forbidden science and realizes the warning signs of the collapse to come. In a way, she’s kind of like chicken little. She’s the one that says the aliens are coming, and no one believes her. The conviction of her character makes her endlessly enjoyable to watch. I know that I personally sat there wanting to believe in the science and believe in the predictions of psychohistory because of how much I knew it meant to her. When an actor can pull you in like that, you know you’re in for some exceptional storytelling.

Overall, the weakest point of the episode was that we had already been told all the information we were shown. Watching what’s been said to us made for a tedious experience until we got to present day. Once in the current timeline, it was fun to witness Gaal’s struggles trying to outsmart the ship’s computer. For me, what had the most meaning was the scenes where Gaal uses her knowledge of astrology to outsmart the computer to figure out where she is. It was a great way to highlight that character’s genius and see how she reacts when challenged.

The plotline that I cared the least for was the Anacreon takeover. I was happy when I learned that the people of Terminus were able to contact the imperial fleet for backup. Sadly, the major consequences of such actions were the imperial ship being blown to pieces and the Anacreon basically taking over the main city. It was nice to see Salvor Hardin on the back foot, basically struggling to keep her entire town safe because the leaders of Terminus thought they were handling the situation correctly. I was surprised when she almost lost her mother. There has to be some sort of connection between Gaal and Salvor. I have no idea where Gaal’s Gaal’s will take her, but actress Lou Llobell portrays her with such grace and strength that I’m excited to find out where her next adventure is. Much like reading a book, I can’t wait to turn the page, and I hope the audience stays with this show long enough to find out where the end of the first chapter leads. 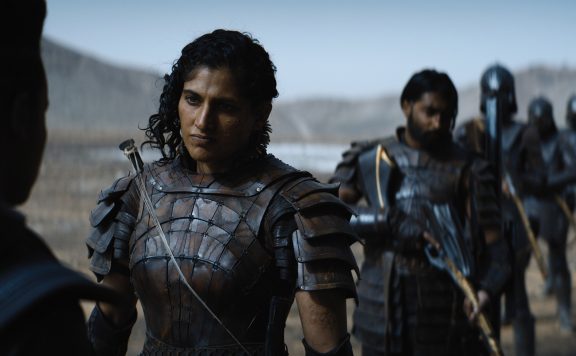 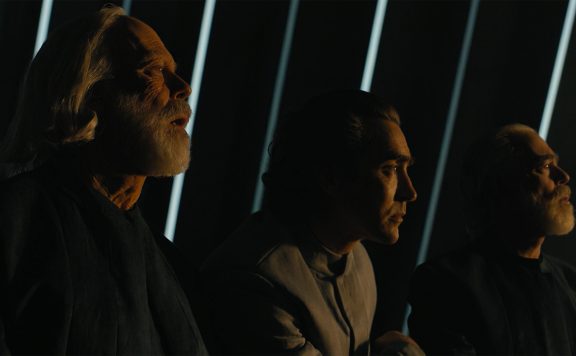