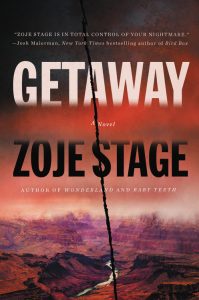 This is literally camp horror, not campy horror. Believe me, Getaway is about as unfunny as it gets—unfortunately, there is no trace of Zoje Stage’s pitch-black humor, which made her first book, Baby Teeth, such a fun, gut-punching psychological deep dive. I have not read her second book, Wonderland, but I understand it falls into the category of horror as well. Even though it is classified as genre, Getaway is a straight-up women’s thriller.

Writer Imogen Blum and her doctor sister Beck are thirty-somethings who couldn’t be more different from one another, and their longtime friend, Tilda Jimenez, now a famed social media influencer, is feeling the friction. Once inseparable, over the past several years, the women have grown apart. But after Imogen witnesses a deadly shooting at her Pittsburgh synagogue and goes into “hermit mode,” Beck suggests they reunite to hike deep into the Grand Canyon’s backcountry. A week away, secluded in nature and sans cellphones, seems to be the perfect plan of attack to heal their collective issues and reconnect with each other.

As the terrain grows tougher, tensions from their pasts twirl up like dust devils. And when their food and supplies begin to disappear in the night, it becomes clear that someone is not only stealing from them but is systematically stalking them as well. Will the women be able to put their tensions aside and team up, or will their wariness of one another be their undoing when they find out who’s on their trail? As bad luck would have it, their adversary is a wily escaped convict who shot a cop on his way out of town and will stop at nothing to stay free. (Trigger warning: there is a lot of racist and rape talk from this bad guy.)

The first several chapters of Getaway are stultifyingly slow; the first half of the book consists of everything you ever wanted to know (or not) about hiking and camping, as well as the pasts of these generally unlikable characters. One bad decision follows another, making for several eye-rolls after the trio is inevitably kidnapped by the lone psychopath. The book is told 100% through Imogen’s eyes, which may have added to the static feel of the story—dividing the chapters into everyone’s alternating POVs would have added a lot to the suspense factor and given the reader a break from Imogen. While suspense and dread should be inherent when it comes to a plot like this, there’s just too much time spent on Imogen’s self-doubt and inner thoughts. Several overly long dialogue passages made me feel as though I was reading group therapy transcripts.

Stage is a good writer, and I do enjoy her prose—which is the only thing that kept me turning each of those 352 pages—but if you’re looking for another Baby Teeth, Getaway disappoints. 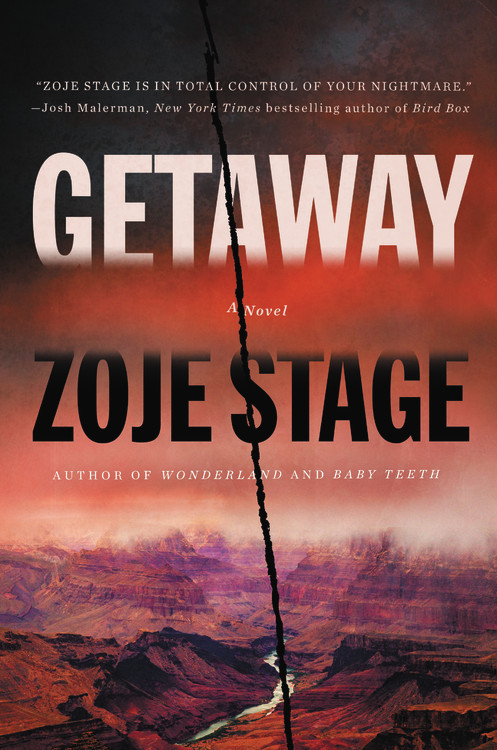 Zoje Stage's new novel Getaway is set during a hiking trip to the Grand Canyon, and it explores the dark side of female friendship: jealousy, envy, and distrust.
0
Average User Rating
0 votes
Please sign in to rate.
Writer(s):Zoje Stage
Genre:Thriller