Certain stories remain timeless and reappear in the mainstream media every couple of years. Both Peter Pan and Alice in Wonderland have had their fair share of adaptations, good and bad, memorable and forgettable alike. Luckily, both these classic tales’ latest rendition provides a fresh spin on familiar stories and endures them to a brand new audience. Written by Marissa Kate Goodhill and directed by Brenda Chapman, Come Away combines both the mythology of Peter Pan and Alice in Wonderland for a heartwarming film that uses the power of imagination to overcome grief.

The Littleton family, on the surface, is a picture perfect unit. Rose (Angelina Jolie) and Jack Littleton (David Oyelow) are prosperous and in love. They have three happy and imaginative children, David (Reece Yates), Alice (Keira Chansa), and Peter (Jordan A. Nash), who spend most of their free time adventuring in Neverland (shown at first to be a creation of their own minds). Of the three, David is being primed for success in manhood and is quickly leaving childhood behind. Meanwhile, Peter fails school and fears growing up as he watches his brother slip away.

While trying to escape some school work, David falls prey to a horrible accident. Following his death, the remaining Littleton family members deal with grief in their own way. From the outside, Come Away seems like a traditional fairytale, but it becomes so much more. Unlike the other imaginings, Come Away grounds itself more in reality, as two familiar characters are shown coping with the loss of their brother. Alice envisions Wonderland as she pines for Rose’s affections. Becoming increasingly detached after the death of her son, Rose neglects spending time with Alice. Meanwhile, Peter longs to step up and prove himself as a worthy replacement for his brother. He works to improve his grades and attempts to alleviate Jack’s gambling debts. As he embarks on his mission, the Lost Boys appear to aid him and designate him as their leader. In Come Away, Neverland and Wonderland exist on the same plane. Both offer escape for the film’s young protagonists, so of course, you’re left wondering, are these places actually real? 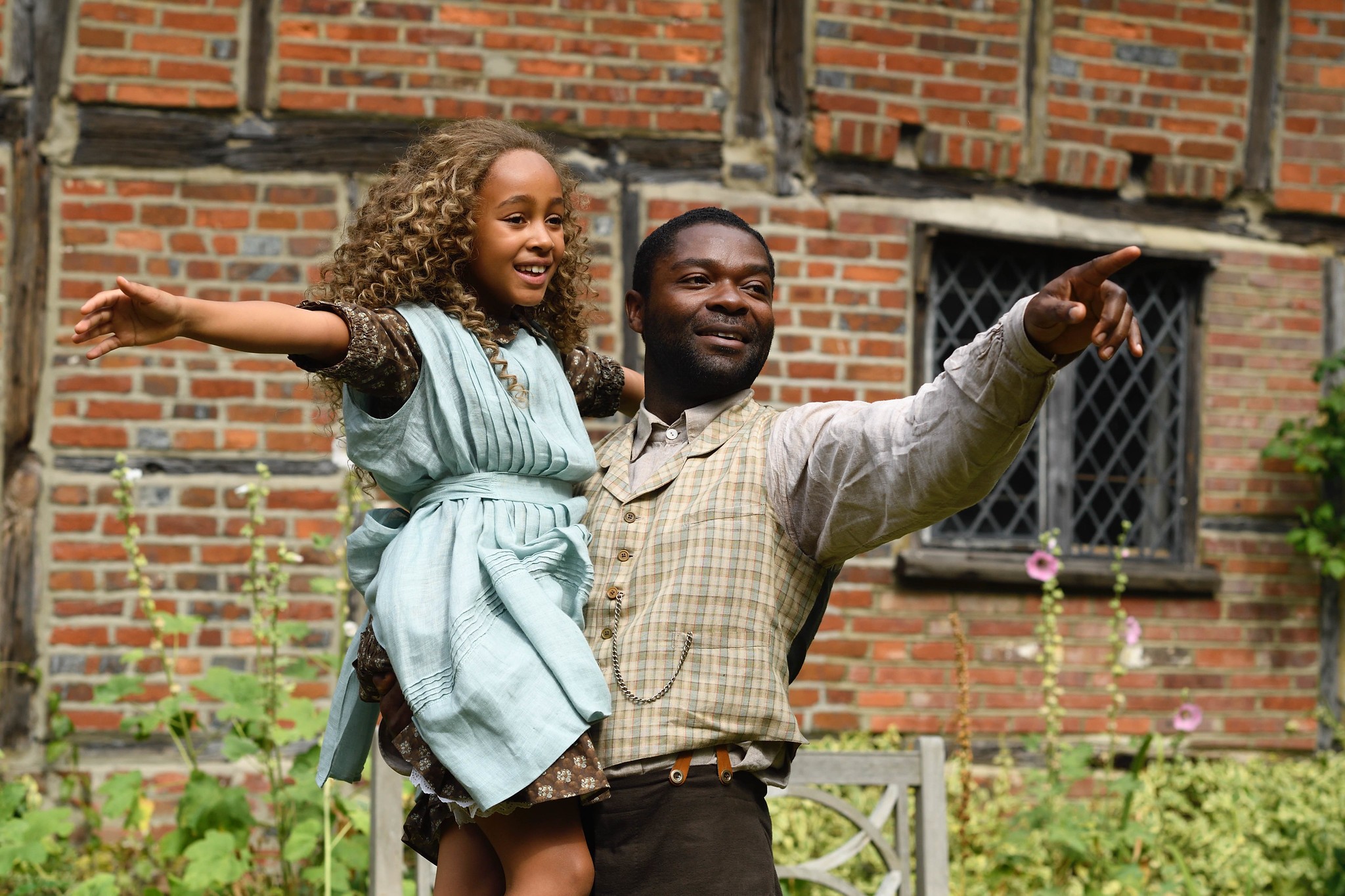 Come Away makes sure to include the magic that makes its predecessors so special, but it does so in a different way. Throughout the film, there is a blur between fantasy and reality. Sometimes it’s hard to tell if the events are real or products of the children’s imaginations. A gaudy ship becomes a shabby boat. A sack of gold coins becomes a bag full of junk. Additionally, other familiar characters appear throughout the story, but sometimes it isn’t apparent whether they’re real or not. Regardless, Marissa Kate Goodhill’s writing is extremely clever and manages to blend character storylines and worlds that have never been done before. The film’s twists will be a pleasant surprise to anyone who chooses to watch. Be on the lookout for all familiar characters!

Going off of the above point, Come Away‘s unique approach to casting is a win. David Oyelowo and Angelina Jolie are a great duo with great chemistry. Other notable actors appear as well, such as Gugu Mbatha-Raw (as an older Alice), Anna Chancellor, and Michael Caine. Following the trend of diverse period films, Come Away stands out on its own. For so many Black and mixed children, they rarely get a chance to see themselves in a fantasy setting. Come Away changes that and allows them to be heroes in stories that usually depict white leads and cast them as villains or side characters. Something to notice is that a map of Neverland is shown, and it’s shaped slightly like Africa. While Africa is often depicted negatively in the media, in Come Away, it’s inferred as a magical place filled with adventure and abundance.

The movie also provides excellent material for parents for discussion on dealing with loss. Come Away doesn’t brush reality away; it merely finds another way to tackle its difficult moments. Despite its heavy material, Come Away is still a joy to watch and will capture the joy within both children and adults. 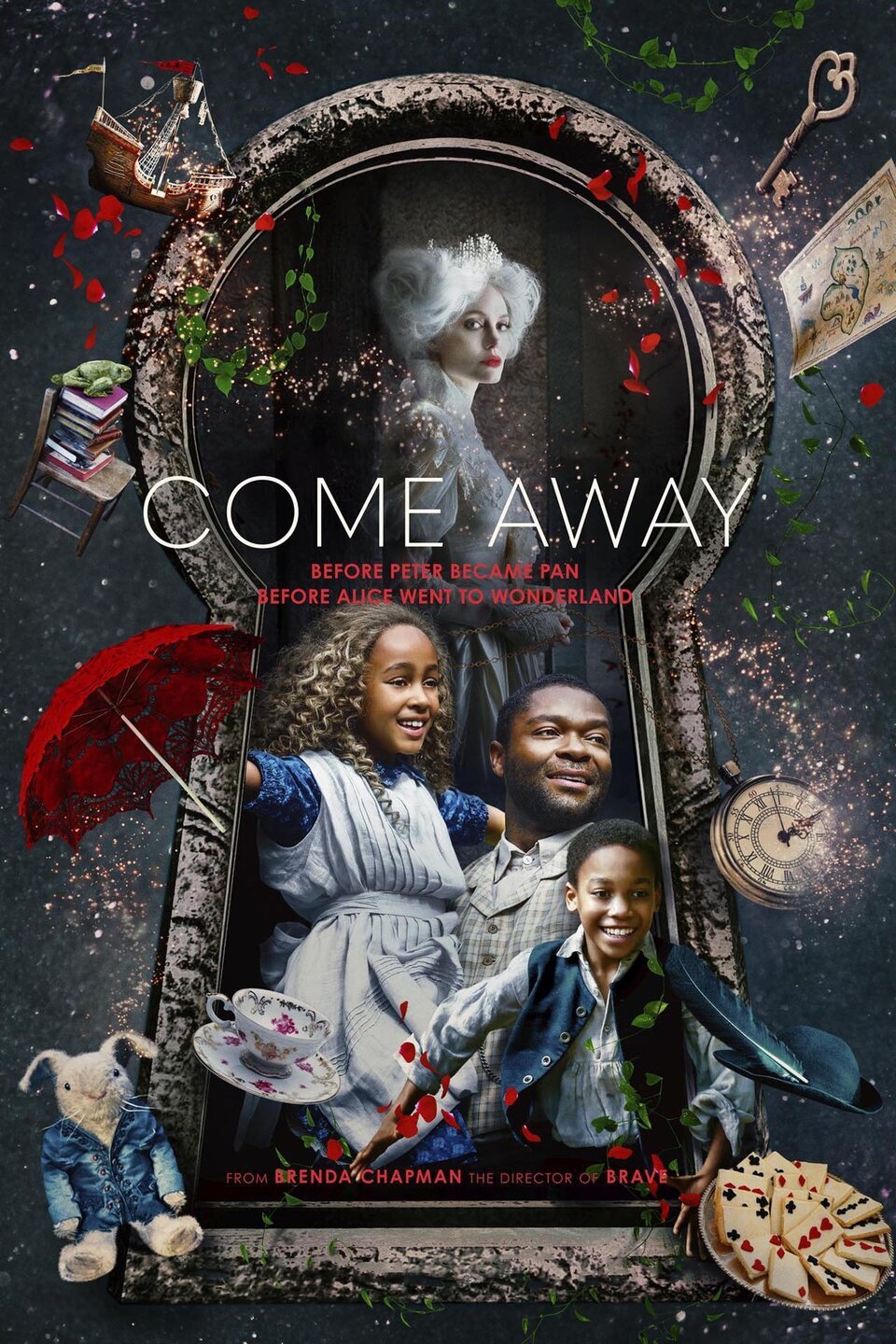 ‘Come Away’ Review: A Clever and Imaginative Blend of Age-Old Fairytales