The first official teaser trailer for the new James Bond film Spectre has been released.

Check out the teaser below:

Spectre, which is the 24th entry in the James Bond film series, is set to be directed by Sam Mendes. Mendes also helmed the previous Bond film Skyfall, a film that received overwhelmingly positive reviews from critics and average Bond fans alike. Skyfall was a box office smash, grossing $1.1 billion on a $200 million budget.

John Logan, writer of Hugo, Rango and The Aviator, has penned the film’s script.

Daniel Craig, who has played Bond in 2006’s Casino Royale, 2008’s Quantum of Solace and 2012’s Skyfall, will be returning to the role this time around as well.

On top of Craig, the cast of Spectre will include Ralph Fiennes as M, Noamie Harris as Moneypenny, Léa Seydoux as Madeleine Swann, Dave Bautista as Mr. Hinx, Monica Bellucci as Lucia Sciarra, Ben Winshaw as Q, Christoph Waltz as Oberhauser, Andrew Scott as Denbigh and Rory Kinnear as Tanner.

Judging from the trailer, it looks like Bond fans are in for a real treat with Spectre. In the film, Bond looks like he’s facing the past that we saw a glimpse of in Skyfall.

Christoph Waltz’s villain is teased at the end of the trailer, as he is covered in darkness when he says the line, “Welcome, James. It’s been a long time and finally, here we are.”

On top of what looks like an extremely well written screenplay, the cinematography, by Interstellar and Her cinematographer Hoyte van Hoytema, looks absolutely stunning.

The plot of Spectre is described as follows:

A cryptic message from Bond’s past sends him on a trail to uncover a sinister organization. While M battles political forces to keep the secret service alive, Bond peels back the layers of deceit to reveal the terrible truth behind SPECTRE. 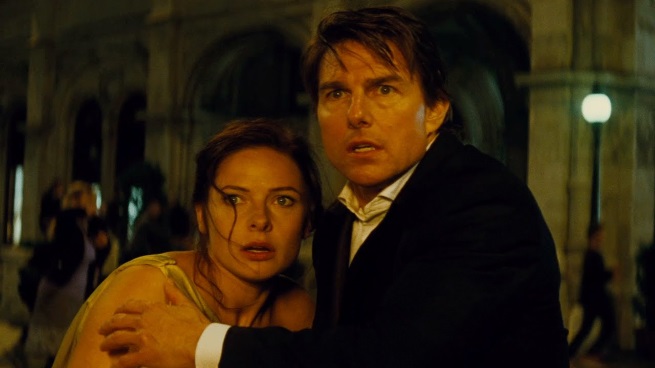 by Justin Cook The first official teaser trailer for the new James Bond film Spectre has been released. Check out the teaser below: https://www.youtube.com/watch?v=GvQJbF2CXLQ Spectre, which is the 24th entry in the James Bond film se...
0
Average User Rating
0 votes
Please sign in to rate.