Where to begin with Darkness Falls! How about the dialogue? An interrogation of a serial killer by the detective, who suspects his wife is a victim, begins with, “Tell me your story.” So, the bad guy obliges with an immediate exposition dump by laying everything out in detail, including his first kill and present motive. To which the cop responds, “Why are you telling me all this?” Um… because you asked? Bipolar moments like this happen with head-spinning frequency during Darkness Falls. A character will be saying something with great conviction, then seconds later, do a complete 180 on their opinion.

Darkness Falls boasts an intriguing premise about a spate of serial killings disguised as suicides and an excellent cast in Gary Cole, Shawn Ashmore, and Lin Shaye. Sadly, that’s all it has going for it.

The film opens with the death of Detective Jeff Anderson’s (Ashmore) wife, Elizabeth (Vahina Giocante). Banishing all hope of mystery, we see that her “suicide” is in fact and murder when a pair of serial killers (Cole, and Richard Harmon) break into her home late at night. Hubby is on the job and Elizabeth is home alone with their young son Frankie (Judah Mackey). The sadistic slayers break in, force her to down a bottle of sleeping pills, place her into a full bathtub, then slit her wrists and let her sink.

His happy wife’s baffling death drives Anderson into the depths of despair and— according to his boss, Kelly (Daniella Alonso)—depravity. No one believes Jeff, not even his mom (Shaye). But he’s not giving up, and before long he finds a connection between all the so-called suicides of powerful local women. Things fall into place quite conveniently and soon Jeff is hunting the hunters.

While Darkness Falls does feature some slick cinematography and impressive production value, it falls short in the writing, direction, and acting. Ashmore is usually good, but here he goes off the rails in ways that would make Al Pacino say, “That’s over the top.” Cliched visual effects illustrating his mental breakdown make things go from bad to WTF. Cole, Shaye, and Harmon fare better in spite of their also awful dialogue—or maybe Ashmore just seems worse because he is in nearly every scene.

There are some flickers of intrigue here that hint at father-son relationships and instilled misogyny, mothers and sons, and some other stuff that would give Freud a major mental boner (or maybe it’s just a cigar). But unfortunately, intellectual exploration is discarded in favor of clumsy shouting to get points across, weird collages of victims to make sense of the case, and bullets flying everywhere to tie up loose ends.

Having said all that, Darkness Falls is actually somewhat entertaining, and in spite of its lack of suspense, there is never a dull moment. I know! Go figure.

PREMIERING ON VOD / DIGITAL ON JUNE 12

After his wife's suicide, Detective Jeff Anderson becomes convinced that she has been murdered. Obsessed with his investigation, he finds out that his wife was the victim of a team of father-and-son serial killers and sets out to stop them.
0
Average User Rating
0 votes
Please sign in to rate.
Cast:Daniella Alonso, Gary Cole, Lin Shaye, Shawn Ashmore
Director(s):Julien Seri
Writer(s):Giles Daoust
Genre:Thriller
Studio(s):Vertical Entertainment
MPAA Rating:R 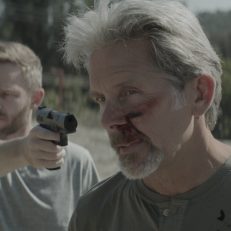 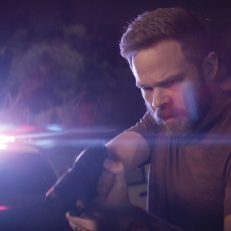 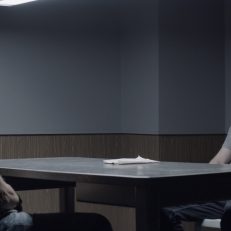 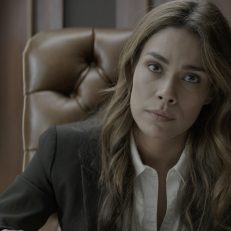