Frequent editor Anders Refn moves to the director’s chair with the powerful and personal holocaust drama Into the Darkness. The Danish filmmaker explores his nation’s involvement in expanding the Nazi regime, where countrymen were divided in more ways than just politics. Under German occupation, submission and resistance became warring factions among Danish citizens. During this dark period, generation was pitted against generation, even in the most affluent and secure of households. Either way, no amount of wealth or influence could escape the Third Reich’s grip, as privilege proved useless unless you sold your soul — and thereby that of your nation and its constitutional principles — to Adolf Hitler’s evil new order.

The wartime tale is told through the lens of one of Denmark’s most prominent families, the Skovs. On April 9th, 1940, Patriarch Karl Skov (Jesper Christensen) and his wife Eva (Bodil Jørgensen) are celebrating their wedding anniversary when Axis airstrikes interrupt the festivities outside their estate, signaling the invasion of German troops. 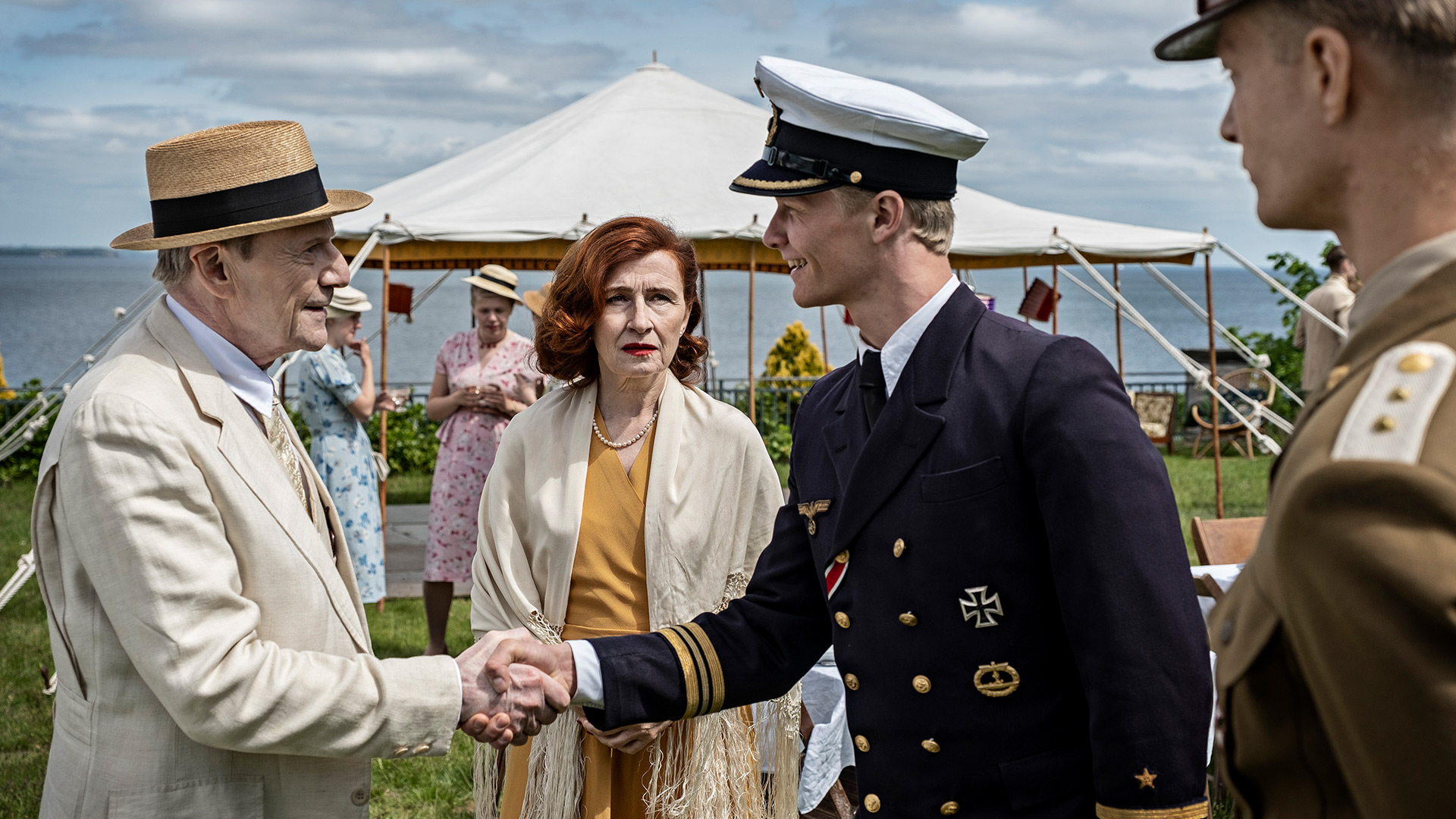 The Skov’s own governess, Annelise (Pernille Højmarkson), must immediately send away her son Svend (Cyron Melville), a known member of the Bolshevik Communist Party before he’s detained by the Gestapo. Karl and Eva are benevolent, compassionate people whose marriage and individual integrities are tested as the months and years under new rule go by. No matter how many friends in high places Karl has — and the number seems infinite — there’s nothing he can do to prevent injustice from storming through his homeland.

Whether it’s Jewish family friends and staff, or his immediate flesh and blood who hunger for rebellion, the elder Skov is repeatedly denied the ability to safeguard his loved ones. Karl’s stubborn confidence in his leverage wanes the more deeply embedded the Nazis become in the Danish government, military, and overall society. Position and status are rendered meaningless, proving that wartime occupation does not discriminate by class. You might still be alive with your titles and riches, but you were stripped of control the moment your conquerors took charge. By the film’s end, the message is resounding: freedom and sovereignty are always worth fighting for because human dignity is not a compromise. 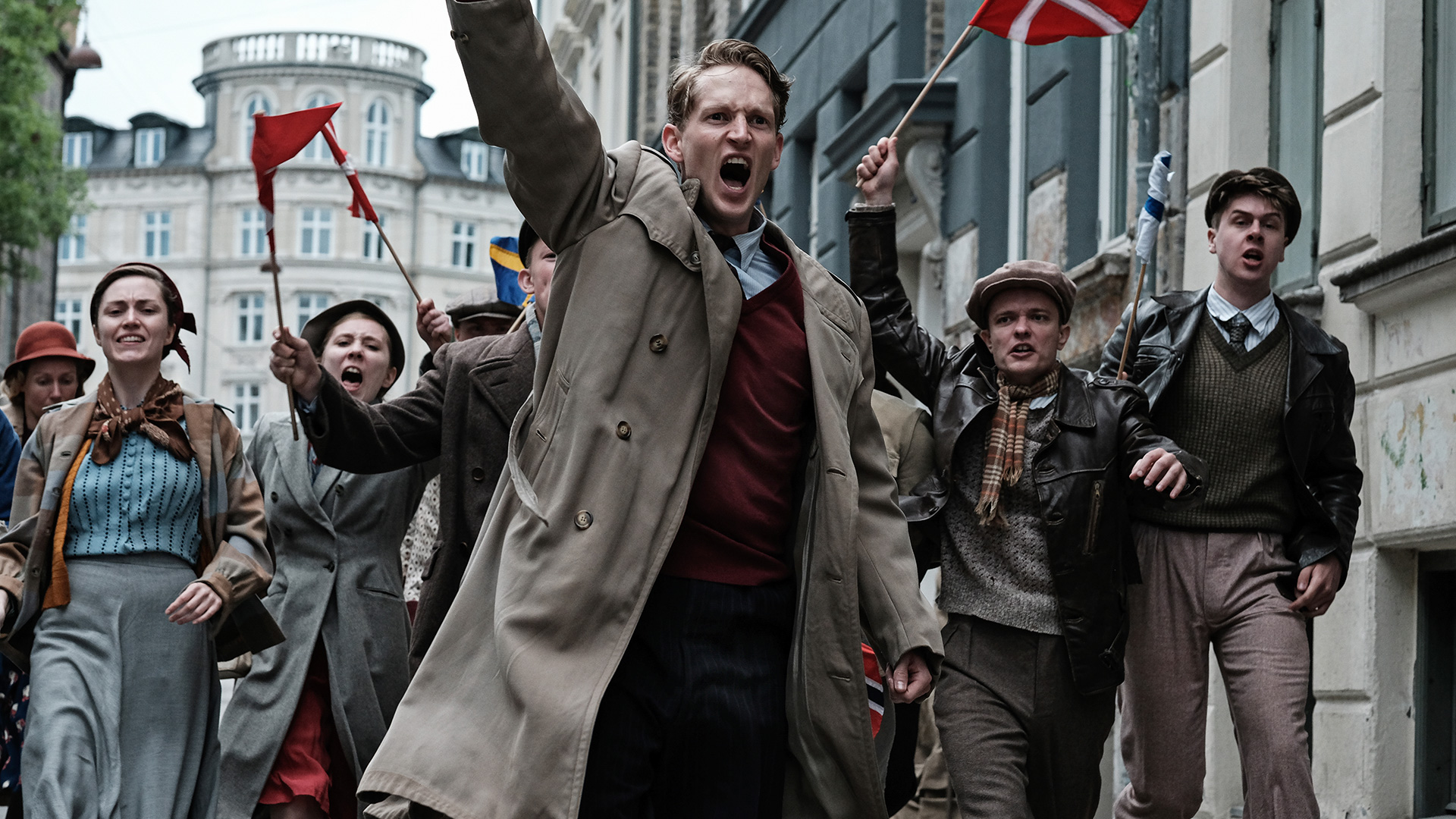 Similar to PBS’ Downton Abbey, much of the familial drama is broken into separate storylines, serving as an individualized reaction to the respective period of turmoil. Some work better than others, especially those that do not lean into the WWII trope of reducing a character’s personality to the struggle.

The most interesting yet somewhat underserved thread focuses on Karl’s oldest son Michael (Gustav Dyekjær Giese), who he had before meeting Eva. Because he has a different mother than the rest of his siblings, Michael is already an outsider to the family. Adding to that inherent divide, he also experiences internal suffering in the Dutch army, having witnessed the atrocities of the Nazis firsthand, often at their command. To be conscripted into service to fight for something you proudly advocate, only to see it twisted into an extension of supremacy, unable to do anything but follow military protocol, can extinguish your faith in the very systems you serve. Even worse, Michael reckons with his own role as an accomplice to evil, becoming the very monster he swore would never gain a foothold in his beloved country. 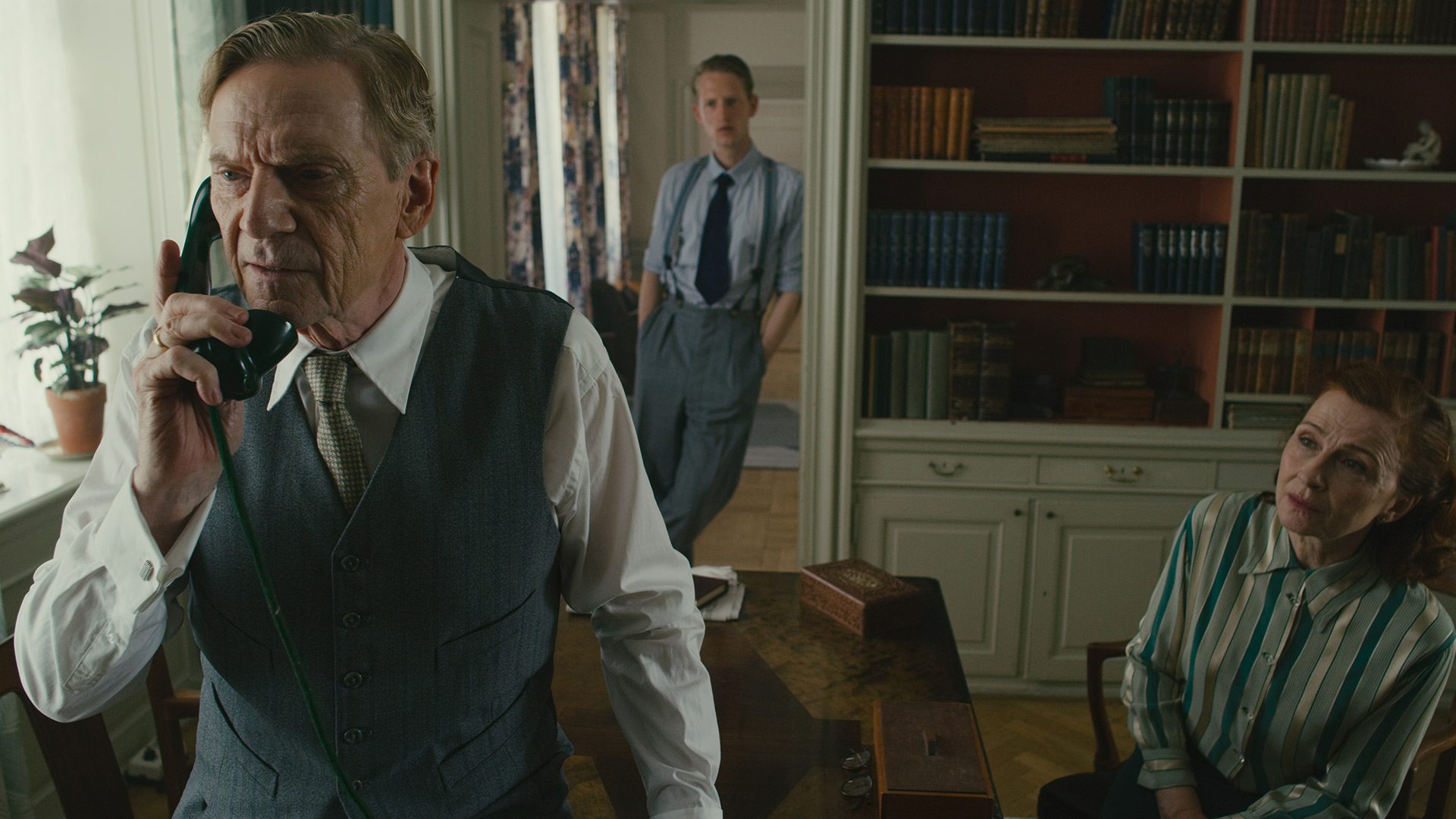 As the head of Denmark’s copper industry, employing thousands of Danish workers, Karl Skov is solely responsible for his employees’ financial and personal fates. Making reductions and signing over control of production to the Germans is the equivalent of introducing his home to an uncontainable open flame.

Chaos is all around Karl — his family no longer trusts his good intentions, and he’s now the puppet of tyranny he promised he’d never become. Christensen’s stunning performance evokes a man who tries his damndest to hold on to a sinking ship. As the abrupt ending suggests, at a certain point, even hope becomes a tool that oppressors exploit. Karl’s second-oldest, liberal-minded son, Aksel (Mads Reuther), views his father’s optimism as a weakness, knowing that only radical retaliation can reverse Denmark’s subjugated state. Into the Darkness is a story that begs us all to identity evil quickly, thereby confronting and ridding it from society before it takes permanent residence.

Into the Darkness is distributed by Samuel Goldwyn Films and is currently available on VOD and in select theaters. 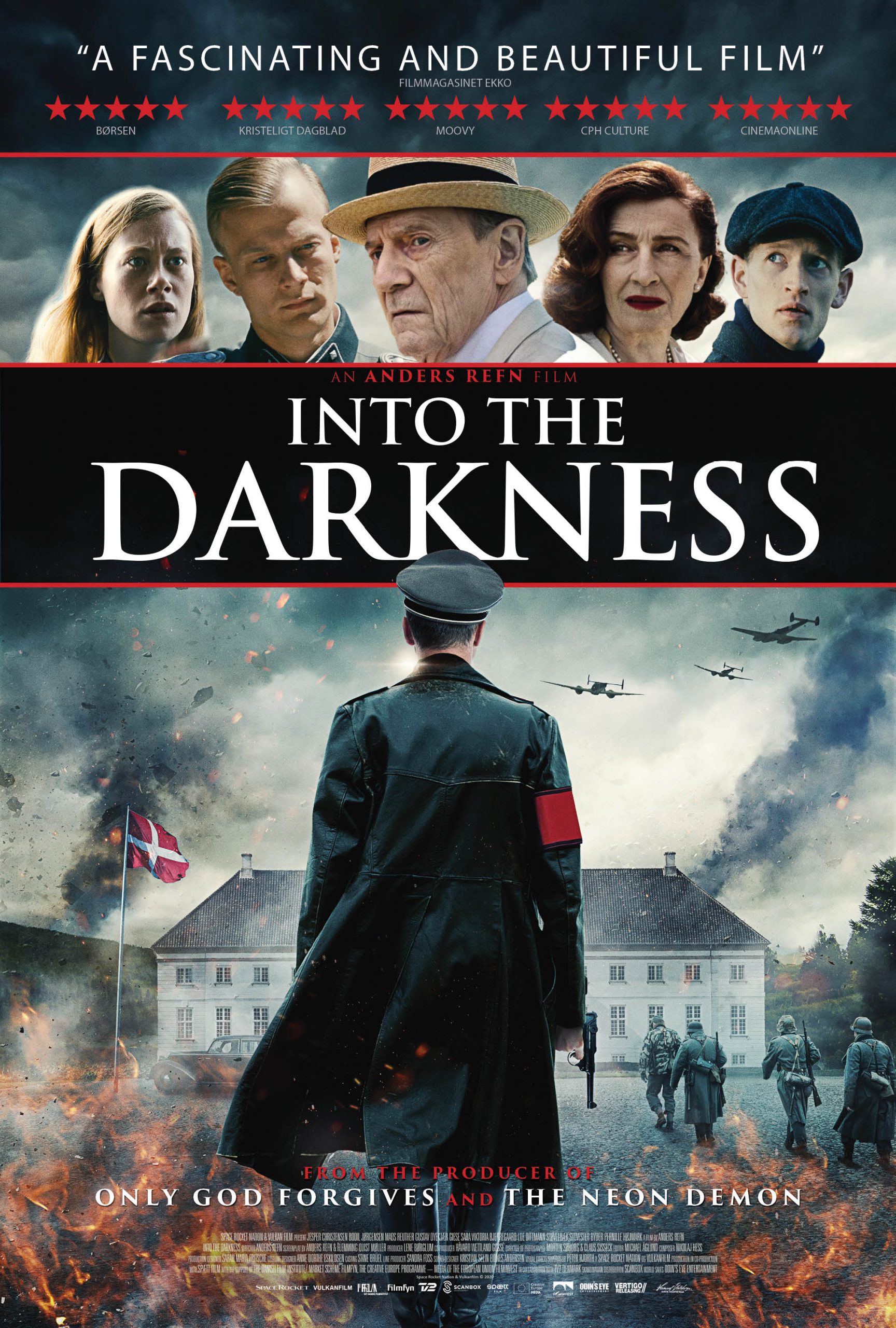 ‘Into the Darkness’ Review: The Powerlessness of Privilege Under Occupation