Olivia Wilde’s second film sees the director exiting the confines of 21st-century high school (Booksmart) for the idyllic nightmare of 50s suburban America. The yards are green, the homemade dinners delightful, the cocktails overflowing, yet something sinister is afoot for married couple Alice (Florence Pugh) and Jack (Harry Styles). A solid supporting cast that includes Wilde herself, Chris Pine, Gemma Chan, plus the writer of Booksmart should be a solid foundation for a new take on patriarchal gaslighting. Yet, as entertaining and impressively shot as the film is, there’s a lack of momentum and shallowness to the film’s two-hour runtime. Beyond behind-the-scenes drama that’s been tabloid fodder for the past few months, Wilde proves her Gen Z teen classic was no fluke regarding her talent. I look forward to her future films. As far as Don’t Worry Darling goes, one wishes the script and some performances went further. Still, this is engaging matinee-like fare that may amass fans as the years go by.

As a point of comparison, look back to David Fincher’s Seven. The 1995 film was a critical and box office smash (and helped wash away the taste of Fincher’s awful experience on Alien 3). Seven helped establish Fincher’s identity as a visually creative filmmaker with dark tendencies. Two years later, Fincher followed up his hit film with The Game. It focused on systems of control, paranoia, and cults… and it came and went. The reviews were tepid, as was audience interest. Decades later, The Game is held up by Fincher fans as a terrific tale of the guilt and shame of the wealthy, featuring strong turns by Michael Douglas, Sean Penn, and Deborah Kara Unger (The opening credits of Succession legit ripped it off.) The film has even found its way into the Criterion Collection. For those who love it, The Game casts a wicked spell. The kind that’s like a fever dream; an all-nighter that both characters and viewers may never escape until the surprising final act.

Likewise, Wilde’s Darling is also a tale obsessed with systems of control, cults, white privilege, and is, if the recent reviews are any indication, a speed bump for the director. If, years later, Wilde has delivered strong work at say, A24 or NEON, this film will, like The Game, be her under-appreciated sophomore effort for fans. Of course, we’re not in the future yet, so for now, Booksmart is clearly still the great film in her catalog.

About midway through Booksmart, overachieving high school seniors Amy and Molly accidentally do drugs. Wilde inserts about 2-3 minutes of stop-motion animated comedy to highlight the absurdity of the duo hallucinating. It’s the kind of scene in an otherwise traditional live-action teen flick that either works or feels like an awkward choice. In Don’t Worry Darling, Wilde has doubled, tripled, and possibly quadrupled down on visual flourishes. Numerous references are tossed about: a stunning black & white Busby Berkeley dance motif, the suffocating black void of Under the Skin, a horde of anonymous men pursuing Alice like the Agent Smiths of The Matrix: Reloaded. It’s a lot. 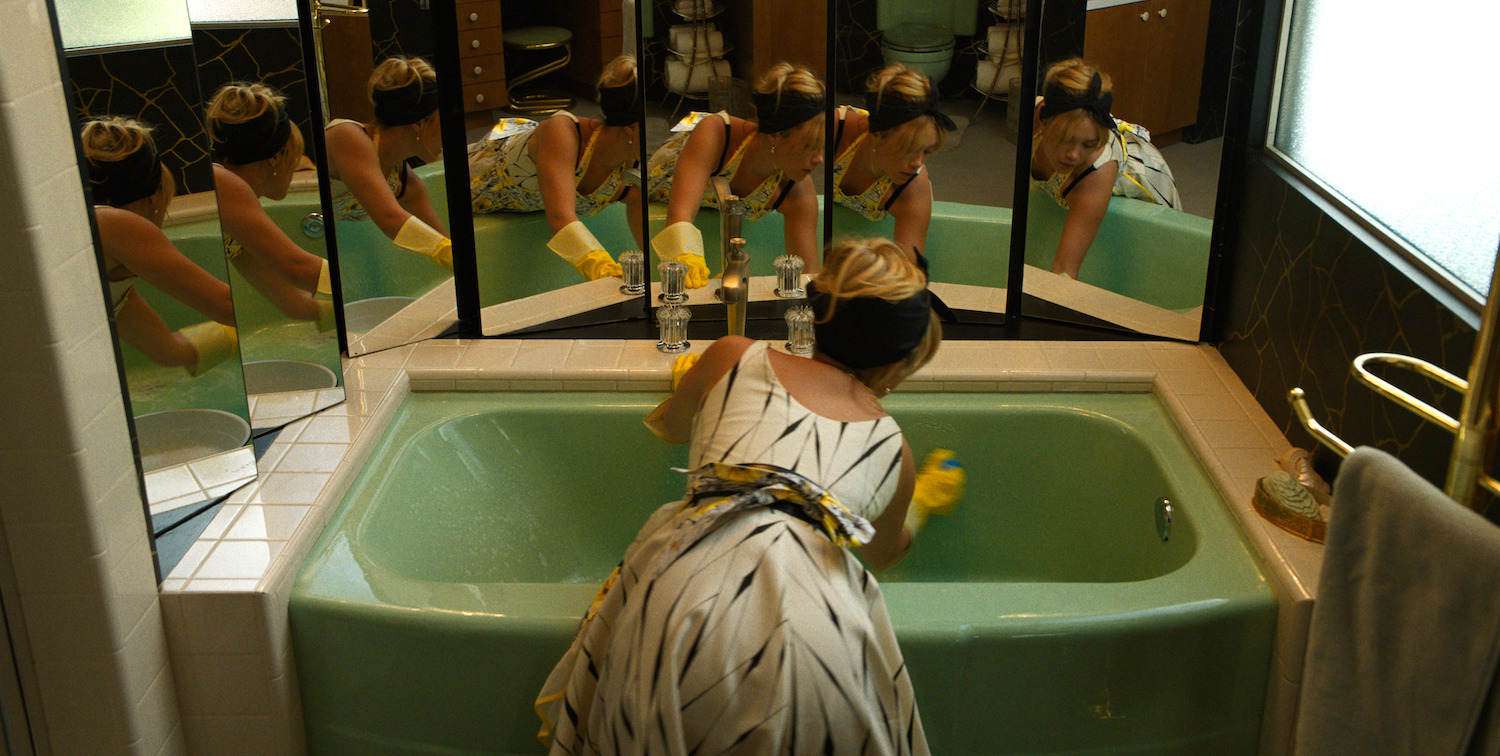 Often “style over substance” is used pejoratively, but the way Wilde adds life to this modern-day Stepford Wives by way of all those flourishes is welcome. It’s not that the premise isn’t engaging, it can be. As Alice, Florence Pugh once again proves she’s often the best actor onscreen nowadays. Alice can’t quite put her manicured fingers on what is happening in the remote desert company town of Victory. Why can’t the men in the town explain what exactly their job is? Some of the film’s best moments are simply Pugh alone trying to ascertain why her perfect home’s surroundings feel so off. Like another Alice, she might soon be fighting off Victory’s zombies.

As her hubby Jack, Harry Styles fits that charming, too-good-to-be-true “mid-century man that can light up a room” thing well. However, he sometimes struggles as an actor, especially among the big third-act revelations. The rest of the cast, like Chris Pine as the de facto leader of Cult Victory, does what he can, but beyond a few scenes like a crucial dinner scene, he doesn’t leave as big an impression as he should. 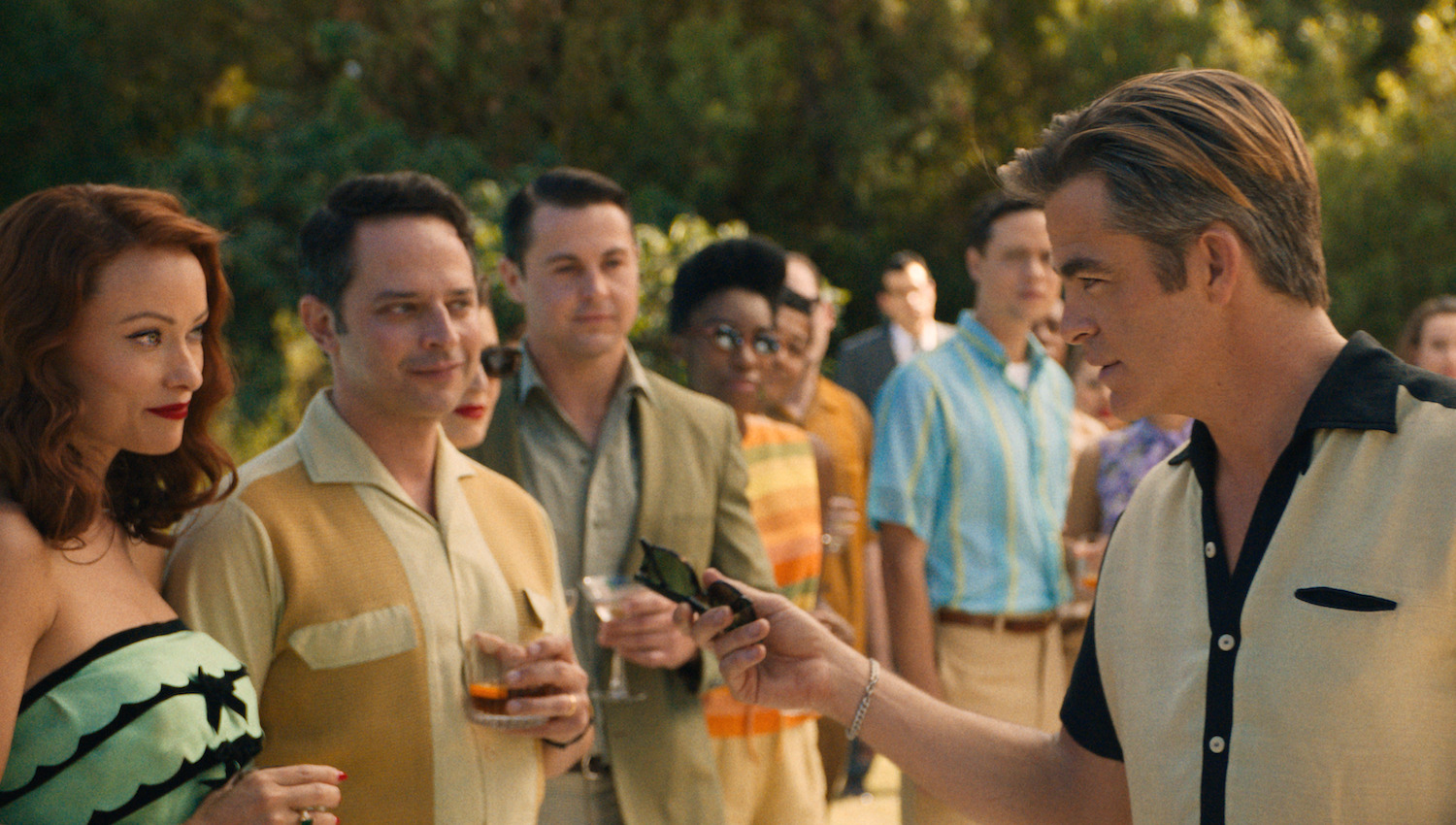 One could argue that Wilde, Chan, and a host of other’s characters are intentionally shallow. That’s maybe true, but that staleness that permeates these scenes where banter should be lively does the pacing no favors. Ultimately, what works is Pugh, Wilde’s touches, impressive costumes by Arianne Phillips, and the production design by Katie Byron. Matthew Libatique’s cinematography is a stand-out factor in making this film look gorgeous and distinct. The talent in front and behind the camera is there even if the script being propped up could have used a few more passes.

Don’t Worry Darling is neither an unheralded success nor an unmitigated disaster. It’s the kind of film made by a talented filmmaker that has the sort of ambition and drive that’s infectious. I’d rather see more movies like this than so many generic, forgettable studio fare. Will the film find an audience in the years to come? I would bet yes. 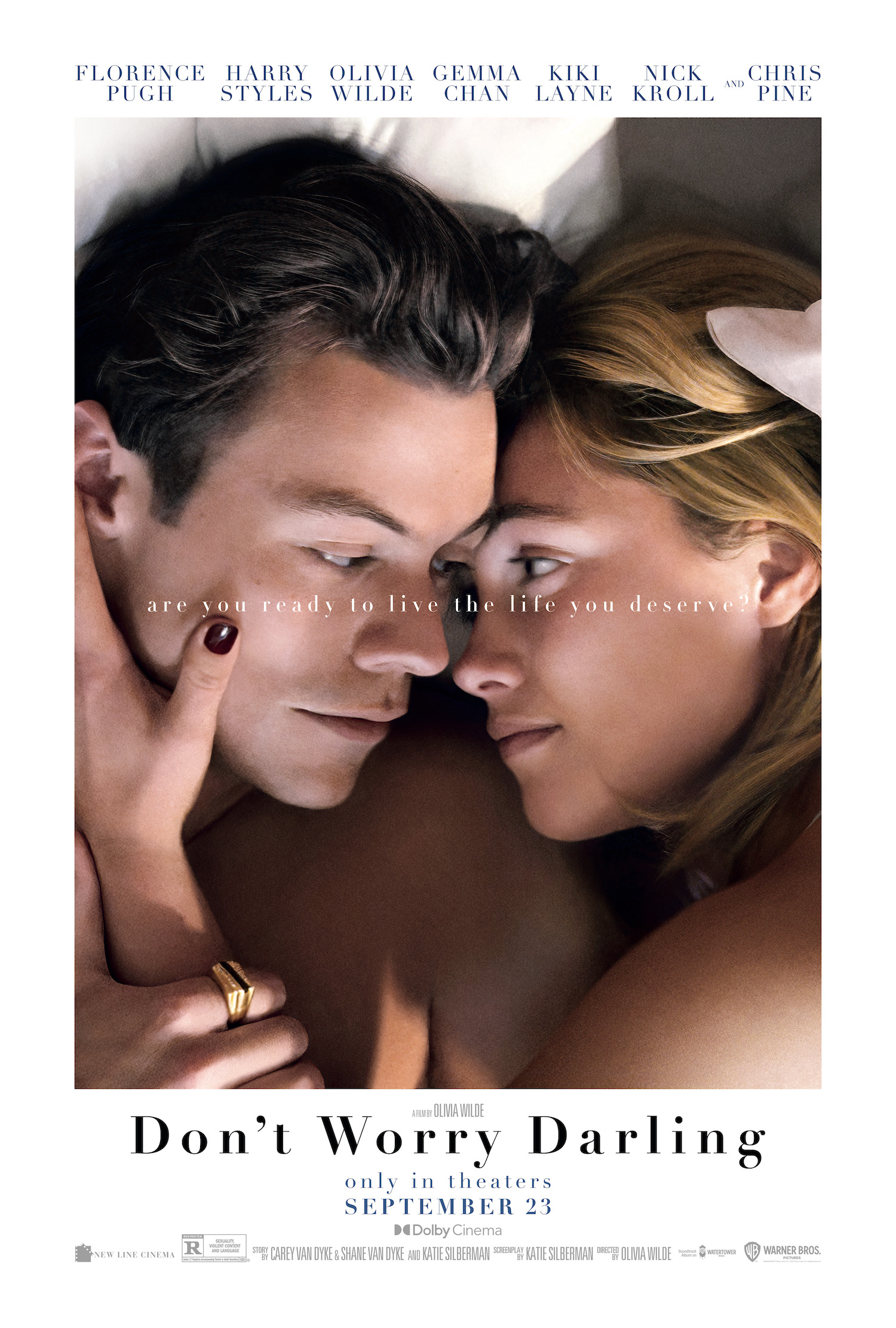 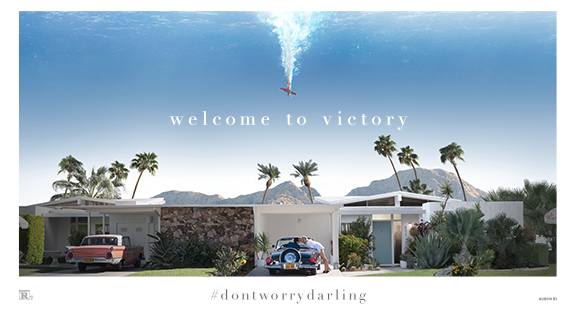 ‘Don’t Worry Darling’ Review: A System Of Control In Need Of Chaos

In the 1950s, Alice and Jack live in the idealized community of Victory, an experimental company town that houses the men who work on a top-secret project. While the husbands toil away, the wives get to enjoy the beauty, luxury and debauchery of their seemingly perfect paradise. However, when cracks in her idyllic life begin to appear, exposing flashes of something sinister lurking below the surface, Alice can't help but question exactly what she's doing in Victory.
0
Average User Rating
0 votes
Please sign in to rate.
Film:Don't Worry Darling
Cast:Chris Pine, Florence Pugh, Harry Styles, Olivia Wilde
Director(s):Olivia Wilde
Writer(s):Carey Van Dyke, Katie Silberman, Shane Van Dyke
Genre:Psychological Thriller
Studio(s):New Line Cinema
MPAA Rating:R 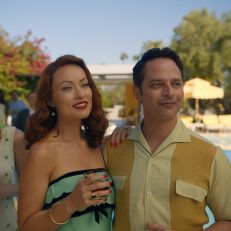 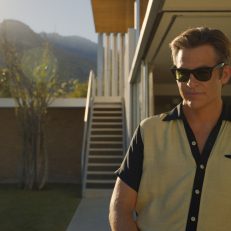 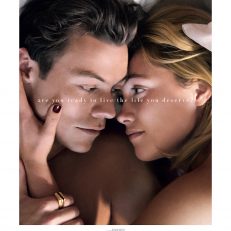 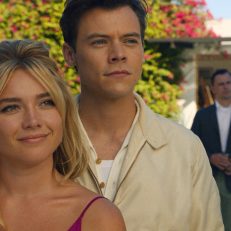 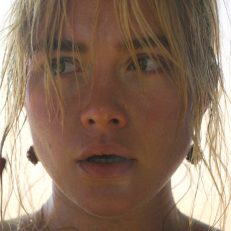 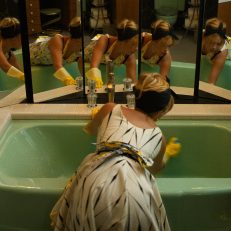 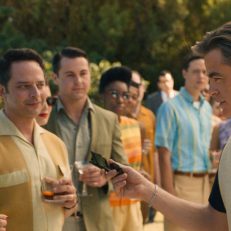 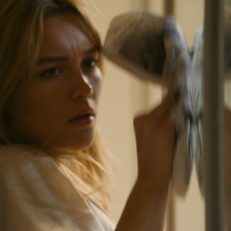