Tim Burton is back and in top form.

Anyone who has followed my reviews or knows me personally knows that I am and have always been an avid fan of director Tim Burton ever since I was little. My first exposure to Tim Burton started with “Pee-wee’s Big Adventure” back in 1985. I absolutely fell in love with the film but mainly because of Pee-Wee Herman rather than Burton, however, within the next few years “Beetlejuice,” “Batman,” and “Edward Scissorhands” came along and began to realize there was something about Burton as a filmmaker that really stood out to me. The thing that stood out was that Burton really used his imagination within his films and I loved that element. They were visually stunning, weird, and most importantly dark.

Over the past couple of years, Burton has gotten a lot of criticism with making big feature length films that the studios wanted him to direct such as “Alice in Wonderland” and “Charlie and The Chocolate Factory.” Burton was labeled as a sell out by some of his diehard fans. I personally wouldn’t go that far as the movie industry is a business after all and sometimes to make personal projects you have to make studio projects. I would be lying, however, if I said I wasn’t a tad bit let down with Burton here and there. While I personally thought “Charlie” was a great adaptation of the book, I was disappointed with “Alice” and even more let down by “Dark Shadows” which was released earlier this year.  I honestly wanted to see the “old” Burton back in the saddle and I was very hopeful that “Frankenweenie” would be the ticket.

“Frankenweenie” is based on a short film that Burton directed back in 1984 when he first began working with Disney. The short film was shot in black and white and featured a pretty solid cast at the time including Daniel Stern, Shelley Duvall, and even Sofia Coppola. The short film was later released on VHS and then on the DVD of “The Nightmare Before Christmas” as a bonus feature. The feature length stop motion animation film follows the same storyline as the original. It follows a boy named Victor (voiced by Charlie Tahan) who is a social outcast and absolutely adores science.  He has no real friends outside of his dog Sparky. One day, Sparky gets hit by a car and of course, as expected, Sparky dies. Sad and upset by the loss of his best friend, Victor tries to bring his dog back from the dead.

I probably looked like a kid in a candy store when I was watching “Frankenweenie.” This film felt like a trip back in time to mid-80s to late 90s when Burton was at the top of his game. This film not only delivers the goods for diehard Burton fans, but it also might just be one of Burton’s best films of all time. This film showcases stunning animation, a dark and creative story, awesome vocal work,  an amazing Danny Elfman score, and even plays homage to classic horror with more films than most would imagine. This is classic Burton and I for one welcome him back.

Like myself, I am sure many are probably wondering how a 20 minute short film can become a feature length film. Well, I had that same concern but let me tell you that it does tell the same story within the film itself; however, it adds a lot of things to the new feature length version. There are a lot of new characters in this film which add to the story, but also the story itself has more layers to it. Even though it’s an animation project, you can sense that some of Burton’s childhood story is being told within the context of the film.

I have always been a fan of stop motion animation ever since I first saw “The Nightmare Before Christmas” back in 1993. There is something so rich and pure about that animation that doesn’t seem to be captured in computer animation that is so dominate in today’s cinema. It’s like there is a personal touch on the film since its captured using models rather than computers. This film doesn’t feel as genuine as “Nightmare” did in terms of stop motion; however, it is 100 times better looking visually than “Corpse Bride.” The animation in this film is on par with “Paranorman” which is the other “dead come back to life” stop motion animation film that was released back in August.  In addition, the black and white shot film looks stunning and with the 3D the movie really does “pop.” For those who like the cheap 3D gimmicks; this movie doesn’t feature any of those so just be warned. The 3D instead is used to enhance the visual experience.

The voice casting in this film is also pretty great with previous Burton faces such as Catherine O’ Hara, Martin Short, Winona Ryder, and the great Martin Landau lending their vocal cords to several characters only enhances the story more. Again unlike most modern computer animation films (besides Pixar) the actors are used for their vocal talents rather than a fancy name to put on the poster. In fact, going into the film I don’t think any of the trailers or television spots even mentioned that Martin Landau was voicing a character and let me tell you it’s a great character at that.

In conclusion, “Frankenweenie” is the return of the early days of Burton.  This film is rated PG, but just like “Nightmare Before Christmas” this is not a film made for little kids. This movie is incredibly dark and even scary at times. This movie will more than likely not be a huge hit with the masses but prepare for it to be another cult classic like several other earlier Burton films. It is clear to me that Burton wasn’t making this for the money but instead wanted to make a film that was personal to him. This film was an absolute delight to watch and I highly recommend it to those who are Burton fanatics as well as those who love or appreciate classic horror especially Monster movies. This is hands down my favorite animated film of the year and more than likely will be featured in my top 10 at the end of 2012.

MovieManMenzel’s final rating for “Frankenweenie” is a solid 9 out of 10. 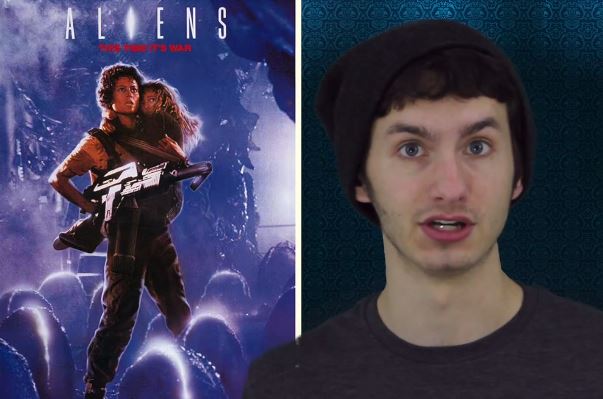 Tim Burton is back and in top form. Anyone who has followed my reviews or knows me personally knows that I am and have always been an avid fan of director Tim Burton ever since I was little. My first exposure to Tim Burton started with “...
0
Average User Rating
0 votes
Please sign in to rate.