Amanda Seyfried stars as Jill, a girl who is constantly haunted by her past because she was abducted when she was younger. Even though Jill tries her best to go about her daily life, she is always worried about protecting herself and her sister Molly (Emily Wickersham) from this unknown man, who is still on the loose. One night when Jill is waiting tables at the local diner, her sister Molly goes missing. Jill immediately goes to the cops who immediately don’t believe that her sister has been kidnapped. It turns out that the cops think Jill is crazy and suffers from mental illness because there was no evidence that her abduction ever happened several years. Determined to find her sister and to prove she is not insane, Jill takes matters into her own hands as she begins an investigation to track down this unknown man that has haunted her life for several years.

I had low expectations for “Gone” because while I found the trailer to be much more intriguing than most people thought it was, I was thrown off by the fact that the film didn’t have a press or advanced screening. Usually when films are not screened for critics, it’s a bad sign and shows that studios don’t really believe in the final project. Luckily, “Gone” wasn’t a sequel to “Ghost Rider: Spirit of Vengeance” and in fact was way better than Summit’s last couple of releases including “Man on a Ledge” and “Three Musketeers” so I am surprised they didn’t have any hope for this one.

With that being said, while I enjoyed the movie more than I initially would have believed, it did have its fair share of strengths and weaknesses. To begin with the weaker elements of the film, the first thing is the acting.  While Amanda Seyfried was constantly solid in most scenes besides the really painfully bad interrogation scene, the rest of the cast was rather hit or miss. Emily Wickersham was fine was Molly, but that is because the film didn’t require much from her and she only had about 10 minutes of screen time. Just like “Red Riding Hood”, all the males in the film are the ones who give the weakest performances.

Daniel Sunjata, who plays Detective Powers in the film is really awful and is almost painful to watch. Wes Bentley is also a part of the cast as a newbie office, but his role in the film felt so timid and one dimensional. He was like a nice cop, but at the same time he was just too silly and stupid. Sebastian Stan starred as Billy, who was the boyfriend to Molly. He was by the far the worst actor out of the bunch. When Jill calls him to tell her that Molly has gone missing, the look of concern was almost none existent and neither were his actions. It was like the Stan didn’t even bother acting, he was just reading his script the entire time like he didn’t have to show any sort of emotion.

The bad acting could be simply that or it could be a combination of acting and the script itself. The dialogue in this film was rather dull and lacked substance. It seemed almost as if Allison Burnett wrote the dialogue and someone else wrote the story itself. The reason I say that is because Burnett is the person who wrote the horrible “Underworld: Awakening” as well as god-awful “Fame” remake.  I would be shocked if she came up with a story as clever as this one on her own, however, she did write “Feast of Love,” which I absolutely adored so maybe she did write the story. Who knows…I just can’t believe someone can write something decent and then write complete other crap.

Speaking of the story, it was actually really interesting and kept me guessing up until the very end. The script added a lot of characters in the mix so that you as the viewer would think that it was something obvious, but it turns out to not be as simple as one would expect. There is also the clever twist that makes you begin to wonder if Jill is really crazy or if Molly was really abducted. I can tell you that I was really entertained throughout most of the film and was really involved with the story.  It was odd to see how engrossing a film like this could be since the subject has been done hundreds of times before, yet somehow it was rather refreshing and kept my attention till the very end.

It also had a lot of suspense in the film and for as bad as the dialogue was, the movie was a lot more clever than one would think based on the trailer. The whole “is Jill crazy subplot “ was really well executed simply because of the random stories that she kept telling every person she met made me question whether or not she was really in tuned with reality. It almost felt like she wasn’t sure as to what was going on at times, but that was all a part of the setup for the film. While this was clever, there was the entire believability aspect that completely took me out of the movie at times. The fact that the cops seemed so stupid really irritated me. I get that in most movies cops are labeled as dumb, but come on they can’t be this dumb and don’t get me started on how many situations that Jill gets herself into that make you roll your eyes with disbelief.

At the end of the day, while “Gone” had its fair share of flaws, I can’t label this film a bad movie by any stretch of the imagination. I was deeply engrossed with the film and the suspense was rather solid consistently throughout the film. While the script had a solid and interesting story, it did have a lot of dialogue issues and was very farfetched at times. The acting was rather dull especially from the male leads even though Amanda Seyfried did a solid job. To be honest, I would recommend checking “Gone” out at a matinee or picking it up on Blu Ray. I personally know I will be adding this to my collection when it comes out and put it in the “entertaining but don’t think about this movie section” of my blu ray collection. While it’s not the best movie out there, it’s certainly better than most of the recent releases of 2012 so I say give it a go. 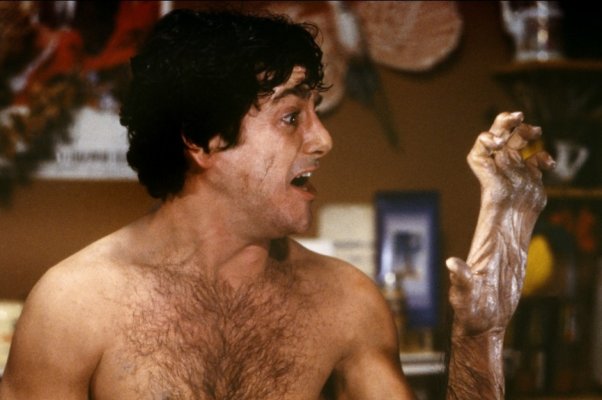 A fast paced and fun little thriller starring the beautiful Amanda Seyfried Amanda Seyfried stars as Jill, a girl who is constantly haunted by her past because she was abducted when she was younger. Even though Jill tries her best to go ab...
0
Average User Rating
0 votes
Please sign in to rate.