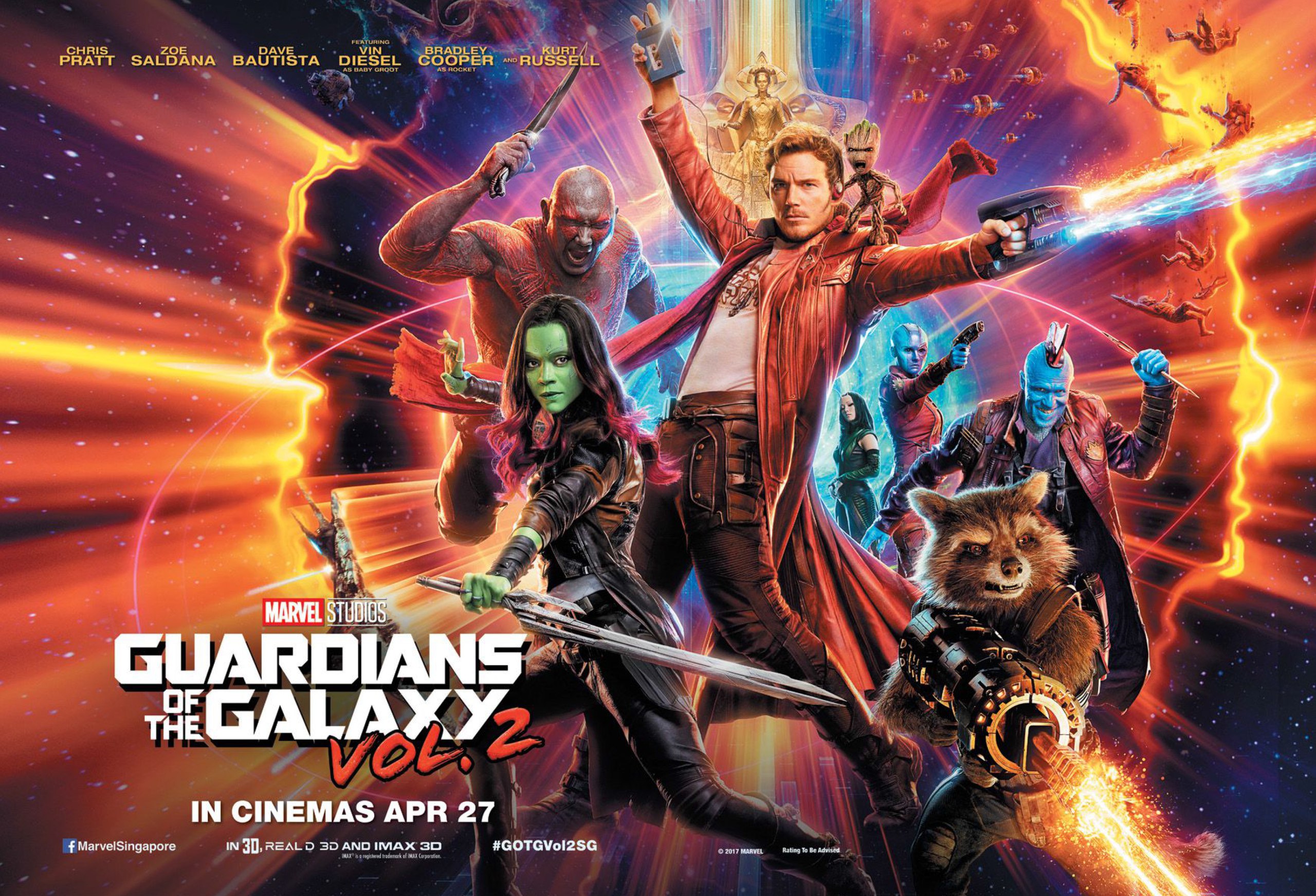 Gradebook: Guardians of the Galaxy Vol. 2

Guardians of the Galaxy Vol. 2: The Gradebook is the ratings of newly released films by the contributors and fans of We Live Film, and We Live Entertainment. If you are interested in participating, join the We Live Film Fan Chat Page on Facebook and look for the weekly posts of new releases, comment and join the fun.

The second “Guardians” installment is often hilarious and highly entertaining. For a sequel in a blockbuster universe, it contains a surprising amount of character development and relationship building. Everyone does a fine job, with Kurt Russell a welcome addition, but Michael Rooker steals the show with some moving moments. Some of the humor is occasionally forced or overextended, and a subplot involving the Sovereign isn’t interesting, but overall helmer James Gunn did a fantastic job at delivering another fun adventure with these characters.

I hate saying this, because when certain particular moments in the film do work, they’re exceptional. I’m talking best moments in the MCU exceptional. It kills me to say that Guardians of the Galaxy Vol.2 is more or less a filler episode. You won’t regret watching it, but you’ll probably never want to watch it again.

The first film was going to be a tough act to follow but this film rose to the task. We get more character development than the first. I also enjoyed the fact that it had a slightly more serious tone. There were still some extraordinarily silly moments that felt like they were living Comic book panels which I also loved. Everyone had something to do. The overall theme of the film was family, whether it was Star Lord looking for his father, Gamora and Nebula’s sibling rivalry, or Drax remembering his family, all were very touching moments. Rocket and Yondu get their own bit of development too. The editing was a little uneven but other than that this is still a fun time at the theater and I cannot wait for Vol 3. Go See It!

Guardians of the Galaxy Vol. 2 was one of my most anticipated of the year and unfortunately doesn’t live up to the hype that it has created. The story is very weak and far less entertaining and engaging than the first. While one storyline is extremely emotional and engaging, it becomes muddled by the other stories in the film. The things that were great about the first one were over-exploited in this film to the point of nausea. Groot is adorable but can’t carry a movie on his own. The visuals are really stunning and the soundtrack is pretty good, but still not as great as the first. All in all, it is a letdown but still worth seeing. 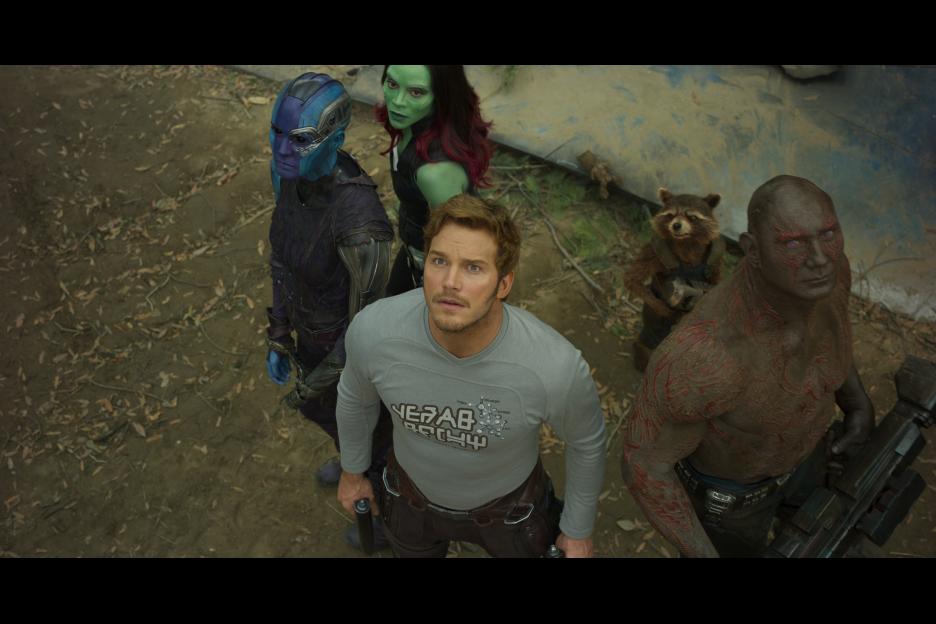 While it’s a little more disjointed than the first, and I did feel the runtime “Guardians of the Galaxy Vol. 2” is a WICKED blast from beginning to end. It’s hilarious, action-packed, incredibly heartfelt, and the effects are (as expected) amazing. The characters are all still great and you also really get to learn a whole lot more about them in this one which I really loved, also while not as good as the first film’s soundtrack I still LOVED the soundtrack here, a lot of great tunes. I also gotta mention this film has fantastic opening credits, without a doubt my favorite opening credits to a film so far this year. Very awesome movie overall, I’m impressed.

The sequel to arguably one of the best Marvel films sadly doesn’t live up to its predecessor. Vol 2 feels like the same old thing only this time around most of it comes across as tired and repetitive. Chris Pratt and Michael Rooker are the only two cast members that seem to be trying to make the material work while everyone else is just going through the motions. What makes Vol 2 even more disappointing is the simple fact that there are so many stories going on yet none of them get the attention they deserve. With all that being said, Vol 2 does have its moments but it is a giant step down from the original as it ultimately feels like a secondary filler film rather than a full blown sequel.

Not only is this a sequel that manages to be better than the first one, but I’d say this is one of the best Marvel efforts to date. In fact, this is the first time where it didn’t feel like I was watching a Marvel movie. I love Civil War, The Avengers, etc., but this is the first Marvel movie that I thought felt the most like its own standalone thing, despite being a sequel and despite mentioning “Thanos” two times and having a couple visual references scattered throughout. The villain actually had a fleshed out and compelling story, making you like and somewhat understand them before revealing their true intentions. The emotional core here was much stronger, and characters that annoyed me in the first film were fleshed out well here. The comedy works just as well, and it’s clear the filmmakers were having a blast making this. Seeing this in IMAX 3D added to the experience too. I honestly cannot wait to check Guardians Vol. 2 again very soon.

While I’ve never gone negative on a MCU film, I have to admit that they struggle with sequels. The exceptions of course being ‘Captain America: The Winter Solider’ and ‘Captain America: Civil War.’ That said, ‘Guardians of the Galaxy Vol. 2’ fall into the same trap as ‘Iron Man 2,’ ‘Thor: The Dark World’ and ‘Avengers: Age of Ultron.’ The sequel lacks the lightning-quick pacing of the first film, hurting most when Peter bonds with his estranged father, Ego. Rocket, surprisingly Yondu and of course, Baby Groot steal scene after scene, giving the film some much-needed energy when the sequel decides to take a darker turn. ‘Guardians 2’ can be fun when it wants to be, but there’s some questionable decisions along the way as well.

Not as good as its predecessor but the second Guardians film still manages to be very entertaining and even has aspects that I liked more in this installment than the original. The cast does a great job never losing a single touch of what their characters are all about. James Gunn makes a smart move on focusing more on his characters rather than the action sequences because we get to feel more connected to the characters that way. I would even go as far to say that it’s funnier than its predecessor which is saying something since the original is funny. Guardians of the Galaxy Vol. 2 isn’t as fast-paced or as action-packed as the original but it is more emotional, more funnier, and more character-driven than the original which is what makes this a worthy sequel.

Average We Live Film Gradebook Score for Guardians of the Galaxy Vol. 2:  7.4/10 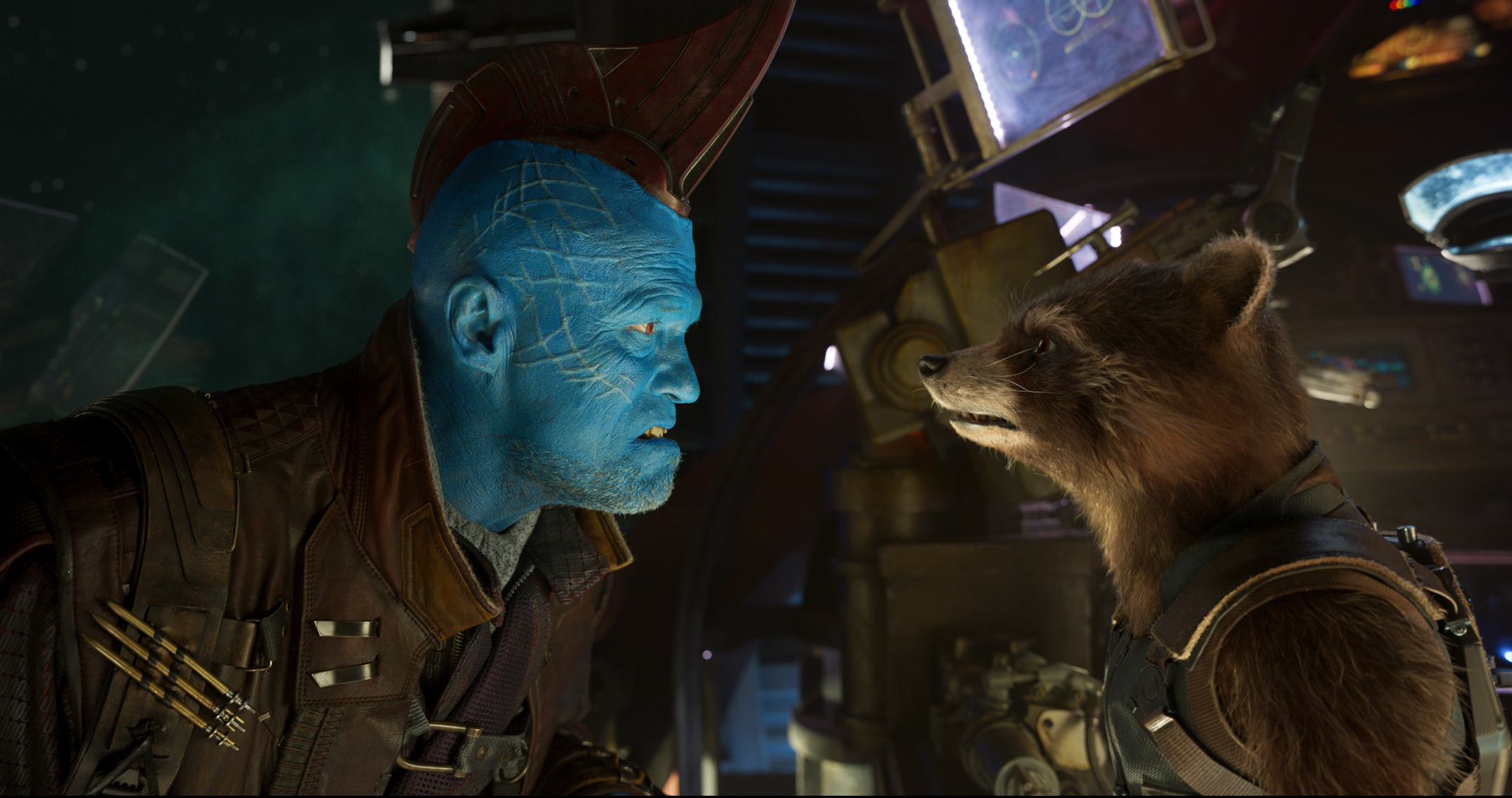 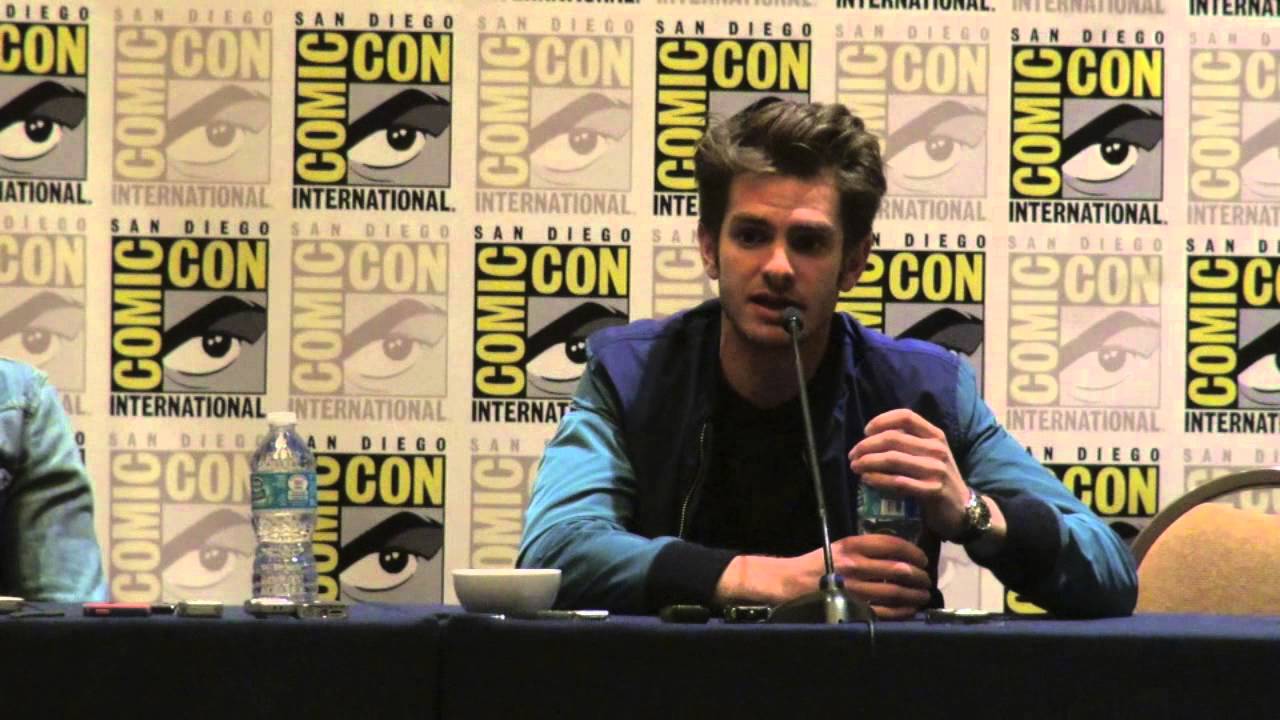 Gradebook: Guardians of the Galaxy Vol. 2