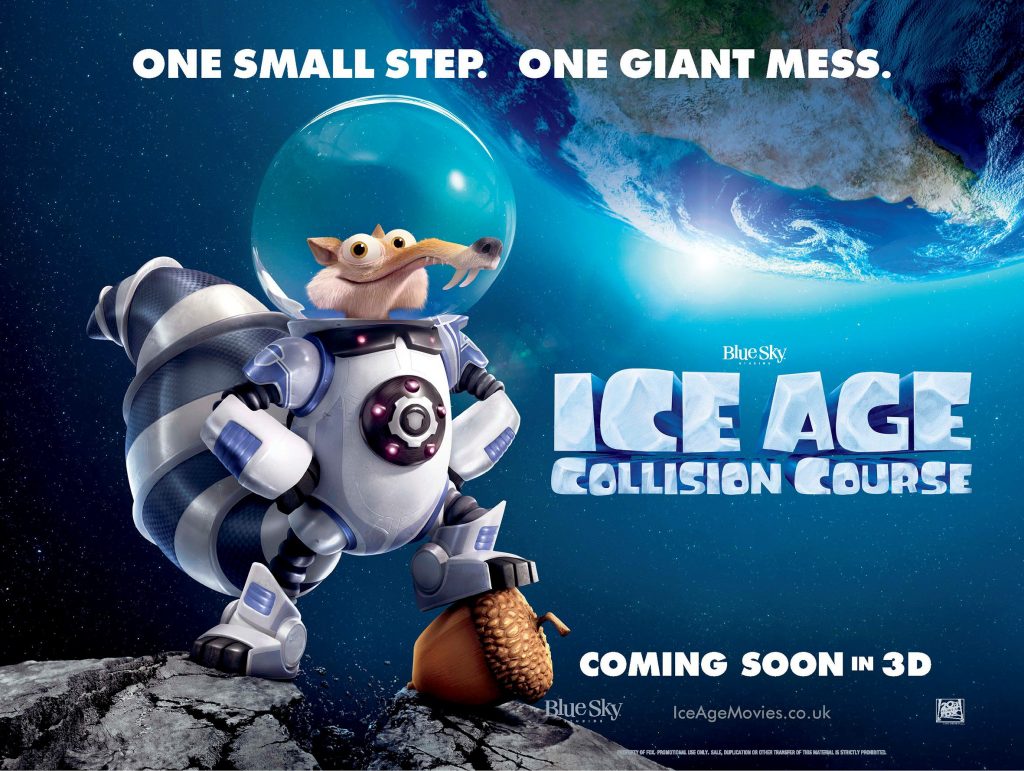 Ice Age: Collision Course is the latest entry in the Ice Age film franchise. This time around, Scrat is stuck in space chasing his acorn and while trying to catch it hits an asteroid causing it to change its course and head to earth. Back on planet earth, Manny, Ellie, Sid, and the rest of the mammal gang are just living their lives until Buck reappears and warns them about the asteroid. Buck and the gang must work together once again to form a plan to stop the asteroid from destroying their species.

The Ice Age franchise is one of those film series that you can’t help but completely lose track of. I have talked with several colleagues as well as friends and it seems no one can remember exactly how many films exist in the Ice Age series. The answer is five with Collision Course being the latest in the franchise. While I am quite baffled as to how this franchise is still around after 14 years, I looked at the box office numbers and got my answer. The Ice Age franchise is a cash cow and despite the fact that almost no one can remember that this franchise is now on its 5th entry; the first four films have each made well over $150 million with a total gross box office of about $730 million for the franchise in the USA alone.

This latest entry in the franchise is by far the weakest and feels like a complete and total cash grab by Blue Sky and 20th Century Fox. The film’s plot is beyond abysmal and is a complete rehash from all of the previous entries. The only real difference about this entry is that it introduces a series of new and obnoxious characters that are sure to irritate the heck out of anyone over the age of seven who dares to watch the film. 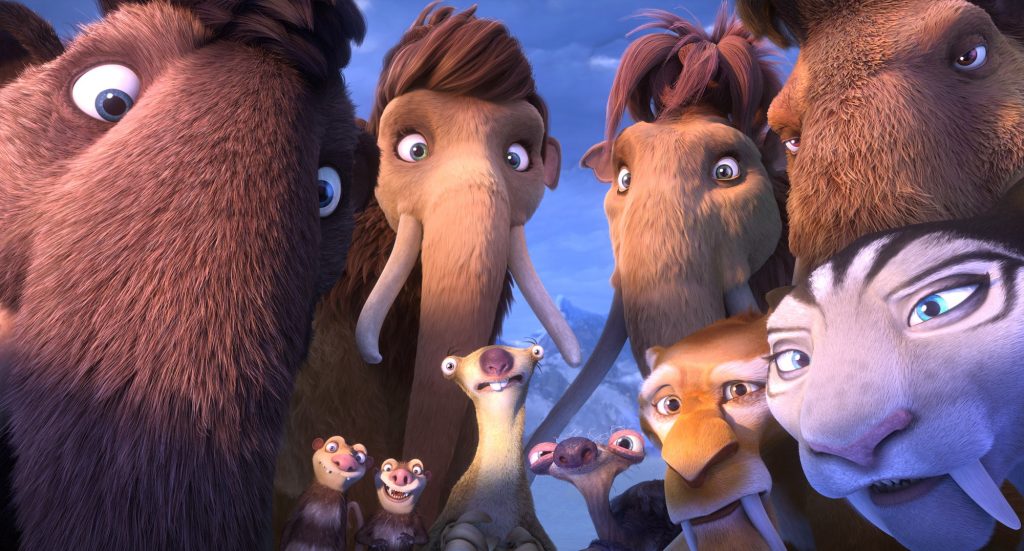 While I was never the biggest fan of this franchise, at least I felt there were some decent moral takeaways about family and friends in the previous outings. This time around, it seems like the writers forgot to even to do that. Instead, the writers decided to throw so many characters into the film that its hard enough to keep track, let alone care about any of them. In addition, there are multiple subplots going on within the whole “asteroid heading to earth” storyline. Manny and Ellie are trying to jeopardize the relationship between Peaches and Julian, Sid is trying to forget about his latest failed relationship, Diego and Shira are talking about having kids, and there is a dinosaur family trying to foil Buck’s plan to stop the asteroid. I wish I cared about one of these storylines but atlas nothing made me care in the slightest.

The fact that the Ice Age franchise has been around for 14 years and yet Scrat is still chasing the same acorn seems a bit lazy at this point. I am not expecting Disney or Pixar level storytelling but come on, have the character do something else but cause trouble by chasing an acorn around a different environment. I understand that children find Scrat to be funny but really how many more adventures can this squirrel be apart of? While I don’t think the Minions are all that amazing after three feature length films, at least they grow as characters and have different stories and adventures they go on.

Don’t even get me started on how bad the jokes are or how inappropriate some of them are. Once again, I am all for animated or family films that have themes targeted more towards adults but some of the moments in this film just go too far. I can’t wait for the mother or father who has to explain to their 5 year old “what a cougar is” after watching this film. I think its hilarious that Disney gets attacked for having a “lesbian couple” in the background yet this film features an over the top and stereotypical gay llama who sports rainbow hair. Ugh. 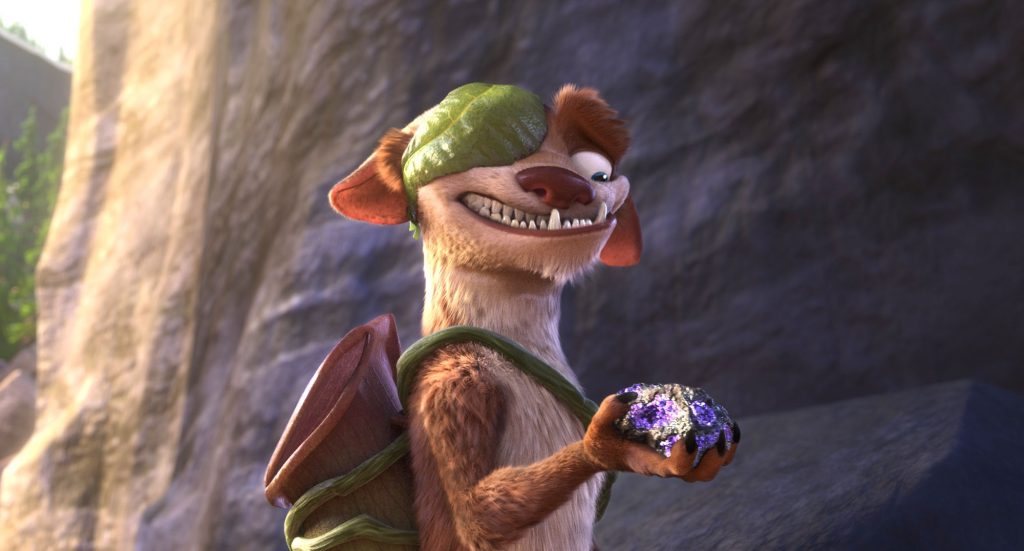 It is usually hard for me to really despise a family film but this film made me angry. I am normally pretty forgiving when it comes to films like this. I usually give them a pass because I completely understand that not everything can live up to the standard that Pixar and Disney have set for animation. I know deep down that sometimes an animated film should just be funny with likable characters but Ice Age: Collision Course doesn’t even have that going for it. I would even argue that the lackluster Norm of the North had a better storyline and more enjoyable characters than this film does.

All in all, Ice Age: Collision Course might just be the asteroid to end this franchise forever. While I do think that children under seven will still find things to laugh at; anyone else who views this film will be in complete and utter pain sitting through it. If parents thought sitting through Alvin and The Chipmunks: Roadchip was torture, well I hate to tell you that this film is somehow even worse. I don’t expect greatness from every family film but I do expect to feel as though someone is trying to do something that has some sort of impact or purpose on its target audience. This film feels like it has no point other than to annoy the hell out of almost anyone who pays to see it.

Scott “Movie Man” Menzel’s final rating for Ice Age: Collision Course is a 3 out of 10. 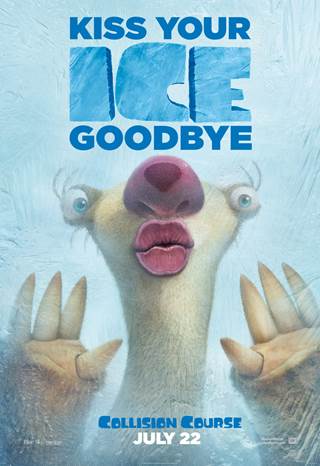 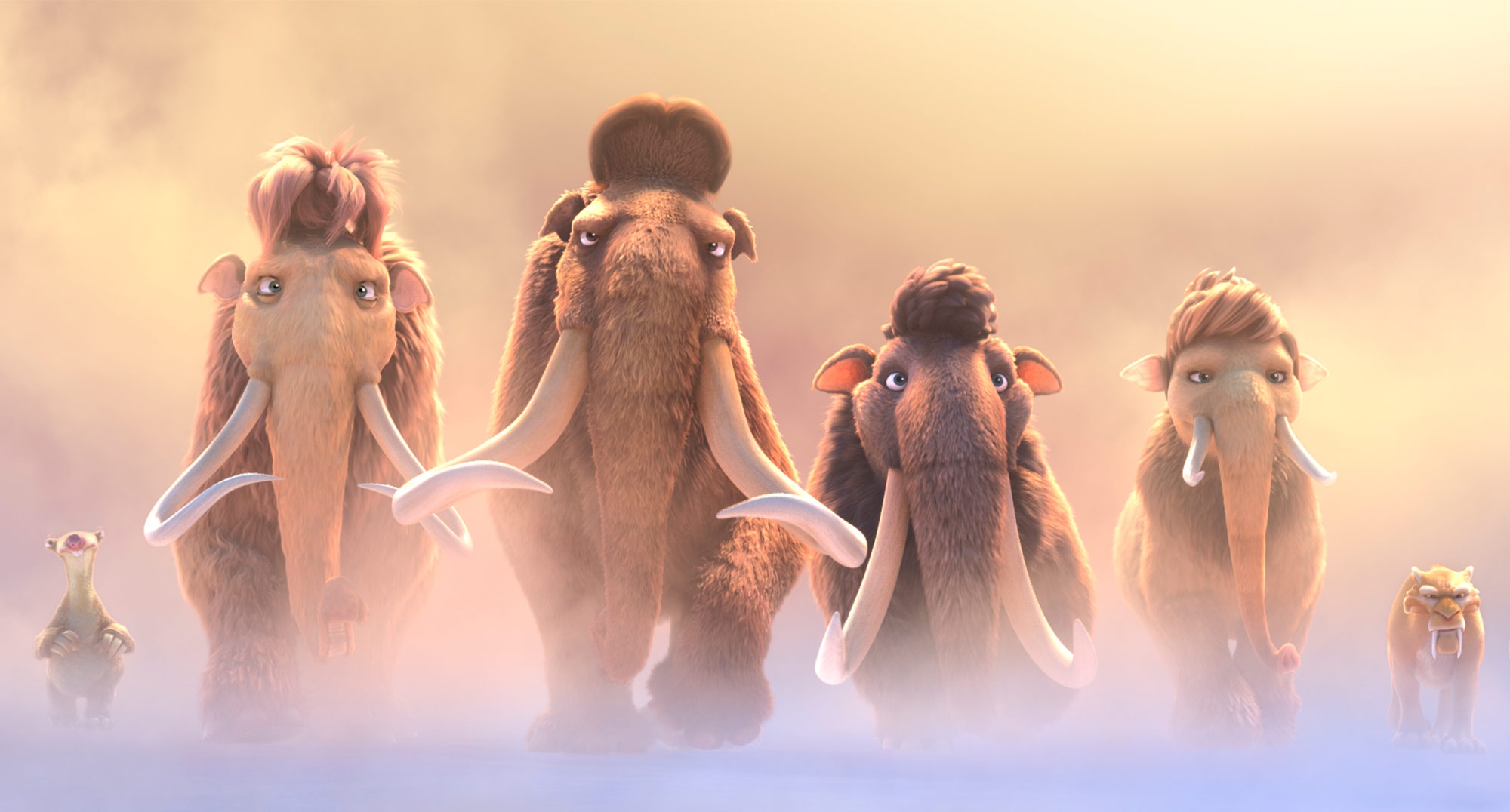