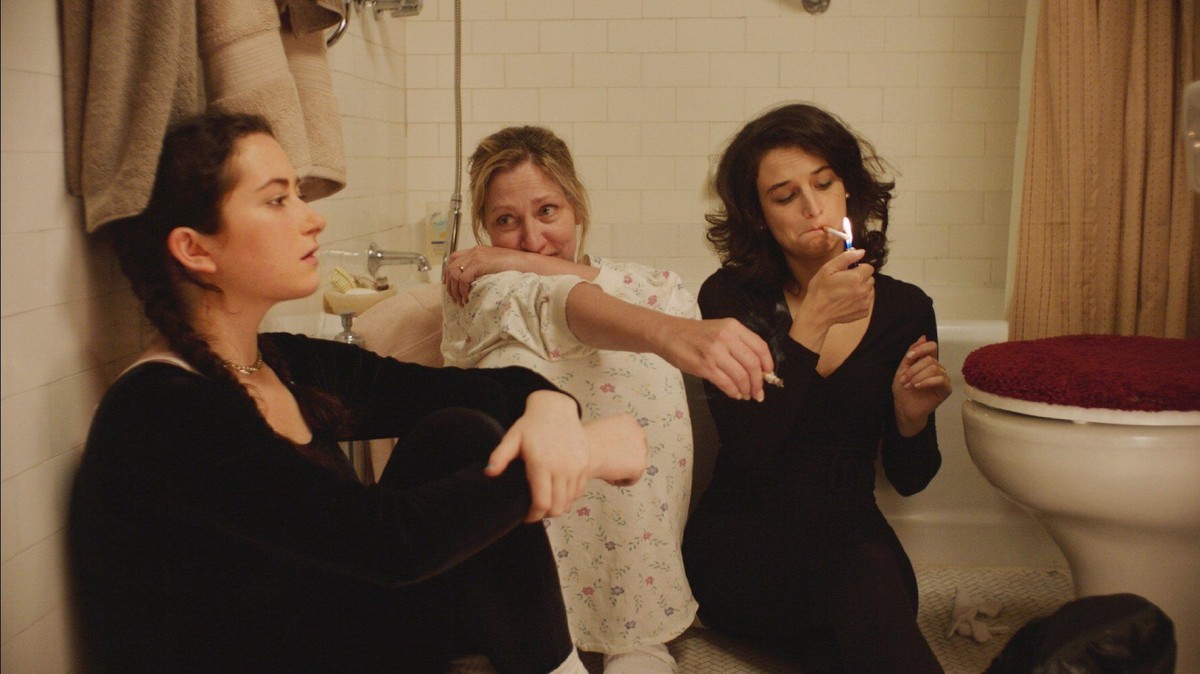 Back in 2014, I happened to be looking for a film to check out at Sundance and was offered a ticket to see Obvious Child at the festival. Long story short, the film became one of my favorite films of 2014 and I remember seeing the film at Sundance Film Festival before anyone knew what the film was even about. With that being said, one of my most anticipated films to premiere at the 2017 Sundance Film Festival was Gillian Robespierre’s Landline.

Landline’s storyline revolves around the Jacobs family in the mid-90s. Each family member has a secret and the film focuses on how these secrets have affected their lives. After seeing the film back in January,  I was recently offered the opportunity to sit down with Gillian Robespierre, Jay Duplass, Jenny Slate, Abby Quinn, Finn Wittrock, and Elisabeth Holm to talk about the film with them.

Below are a series of video clips from my interviews with each of the cast members. They are broken down question by question. If you are interested in watching the full interview, I will upload the full interview to our Youtube channel which can be found at http://www.youtube.com/c/weliveentertainment

Question: What was it like premiering Landline at the 2017 Sundance Film Festival?

Question: What is your favorite 90s comedy?

Question: How did you create such believable chemistry as sisters in the film?

Question: What was it like working together once again on Landline?

Question: There are so many films and television series that take place in the 90s. What was it like going back to the 1990s for your roles in Landline?

Question: What was your experience like working with Gillian again?

Question: What was it like working with such a diverse ensemble cast?