Fury Road  Reminds Us What Great Action Cinema Is

Mad Max: Fury Road is moviemaking magic and mayhem of a high order. Writer-director George Miller returns with a bang, having last visited his Mad Max world in 1985 with Mad Max Beyond Thunderdome. The anticipated sequel has been worth the wait, with Miller showing a new generation of action filmmakers just how it’s done with Fury Road.

In the latest installment, Max Rockatansky (Tom Hardy, taking over the role Mel Gibson made famous) is still roaming around the desert in a post-apocalyptic future – this time haunted by memories from his past. He is immediately captured and brought to a place called The Citadel, where he is used by creepy “War Boys” for certain purposes. The War Boys – who are painted white and carry a disease – look up to a cult leader called Immortan Joe (Hugh Keays-Byrne, who played the villainous Toecutter in the original Mad Max film in 1979).

The Citadel is ruled over by Immortan Joe with a mighty fist, as he controls the water and greenery and makes the people beg outside in the dirt. The plot kicks into gear when one of Joe’s main soldiers, the one-armed Imperator Furiosa (Charlize Theron), takes off in a big rig with Joe’s prized possessions: his five slave wives (played by Zoe Kravitz, Rosie Huntington-Whiteley, Abbey Lee, Riley Keough, and Courtney Eaton). Joe and his War Boys go on the hunt after them, with Max and a War Boy named Nux (Nicholas Hoult) thrown into the middle of everything for certain reasons.

After a brief set-up, Fury Road accelerates into a non-stop extravaganza and provides some of the most exhilarating action scenes ever put on screen. Yes, ever. Miller and his cast and crew created most of the film using old-school practical effects on a huge budget and primarily shot the movie in the Namib Desert in Africa over a six-month period. Some CGI was used in various scenes, but about 90% of the going-ons is real. That means lots of insane stunts and explosions with real people involved, all backed by pure filmmaking genius.

It’s so refreshing to get an action film that is shot beautifully (by ace cinematographer John Seale) and choreographed with immense detail. There is no shaky camera close-up crap on poor stunt work found here. Instead the audience is treated to many wide tracking shots and expertly placed close-ups (a lot of the latter revealing character depth just through certain hand or eye movements from the actors). Every frame has care in its depth of field as well, with Miller constantly providing images with things going on in the background and foreground at the same time but without any of it feeling cluttered. The result is organized chaos, a sort-of opera of violence and destruction – all set to the brilliant sound design and an amazing music score by Junkie XL.

What’s found among this chaos? A lot in terms of visual display. Miller provides a world to get lost in and characters that say little but get their points across with actions and facial expressions. The ridiculous vehicles and costumes all pop on the screen, especially since they are dropped against tangible locations. Miller even throws in some things that don’t necessarily add to the story but do help build the world more – such as a guitarist with a flamethrower instrument used to hype up the War Boys.

Though Fury Road is a feast for the eyes, what is perhaps even more unique about it is who takes front and center. Hardy is terrific as Max, but it’s Theron who leads — and steals — the show. With her and the slave brides providing the main story thrust and kicking a lot of ass, Fury Road has a surprising amount of female heart and power going on. Theron is excellent both emotionally and physically, while Kravitz and Keough stand tall in a few scenes as well.

Mention must also go to Hoult, who arguably plays the most interesting character in the film. As the War Boy named Nux, the actor does very well at portraying the character’s inner struggle. He and Keough also share one of the film’s more emotional and dialogue-driven scenes, though I won’t spoil what that is; you’ll know it when you see it.

Fury Road does have a few issues, in my eyes, that keep it from being a flawless film. For instance, a few of the scenes feel awkwardly paced as they transition into each other — with abrupt black fading used in between them. The plot and characters, while all effective, do feel a bit underdeveloped in certain ways as well – especially when it comes to the supporting characters. Finally, some of the CGI that is used in the film is too obvious and distracting when placed against the elaborate practical set-ups.

Despite my small complaints, Fury Road is still a masterful piece of cinema and an instant classic in the action genre. It’s strange, beautiful, and exciting in myriad ways — and fans of practical effects will be drooling over it for years to come. How often can someone say that about an action film these days?

Side note: One can see this film without having seen the previous installments. It is a sequel technically, but it also works as a reboot of the series and won’t have newcomers lost.

MPAA Rating: R (for intense sequences of violence throughout, and for disturbing images). 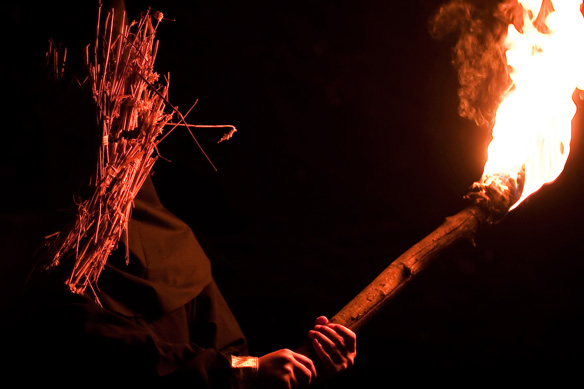