Exclusive to Netflix since 2015, Daredevil has brought the Marvel Cinematic Universe to the streaming medium. Based off the Stan Lee comics, Daredevil features Matt Murdock (Charlie Cox), a blind lawyer who defends Hell’s Kitchen at night as the titular vigilante. By day, he and partner Foggy Nelson (Elden Henson) run a start-up law film with the help of their secretary, Karen Page (Deborah Ann Woll). Hell’s Kitchen is overrun by the criminal underworld, led by the charismatic Wilson Fisk (Vincent D’Onofrio). Throughout Season 1, Murdock must navigate through the Russian mafia, the Yakuza and old allies to reach the crime lord.

Daredevil Season 1 was hailed for its production quality and its justice to the source material. Many also consider that the 13 episode season also surpassed the 2003 theatrical film starring Ben Affleck. Daredevil has paved the way for additional Marvel shows on Netflix. Since 2015, Jessica Jones and Luke Cage have joined the streaming Cinematic Universe. A second season of Daredevil debuted earlier in 2016. There are also plans for Marvel shows featuring Iron Fist and the Defenders in the near future. The Blu-ray is being released as a four-disc set. 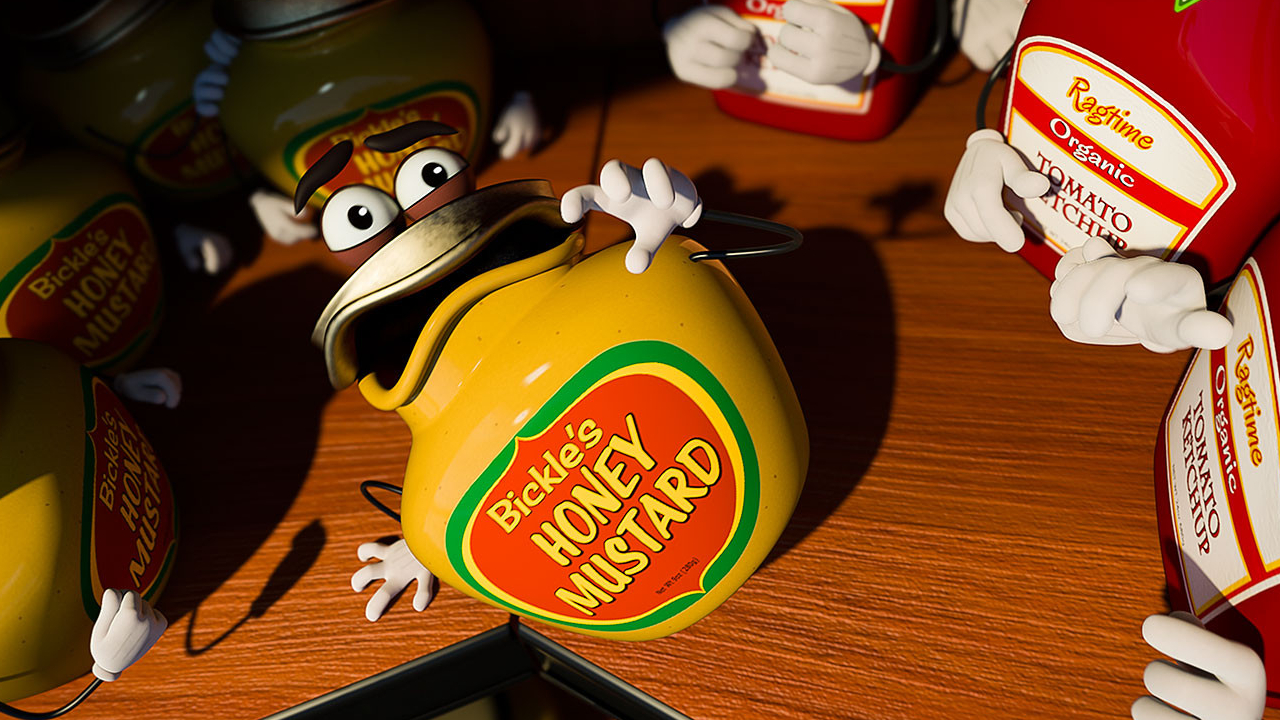 After surprising critics and box office pundits, Sausage Party continues the raunchy antics at home. Sausage Party takes the concept that food is alive, waiting to be brought home. At the local supermarket, a sausage named Frank (voiced by Seth Rogen) dreams of his being with his hot dog bun girlfriend (voiced by Kristen Wiig). After being bought (or chosen), they learn quickly that humans mean to eat them. The film also stars the comedic talents of Jonah Hill, Bill Hader, Michael Cera, James Franco, Danny McBride, Craig Robinson and Paul Rudd.

While critics generally enjoyed Sausage Party, the critics at We Live Entertainment were less enthusiastic. Scott Menzel caught an early screening at SXSW, claiming the film “sucks a big fat weiner.” Sony will be releasing the comedy both as a 4K UHD and Blu-ray, Digital HD combo packs this Tuesday. Target is also be offering an exclusive steelbook.

Last up for the week is the re-release of all four Hunger Games films from Lionsgate Home Entertainment in 4K UHD format. The franchise follows Katniss Everdeen (Jennifer Lawrence), a young woman selected to participate in an annual battle to the death called The Hunger Games. After defying the government in consecutive competitions, Katniss become the figurehead to lead the war against President Snow (Donald Sutherland). The franchise also stars Josh Hutcherson, Jena Malone, Woody Harrelson, Jeffrey Wright, Liam Hemsworth and Elizabeth Banks. All four films will be released individually as 4K UHD, Blu-ray, Digital HD combo packs.