“10 Romance-Themed Films to See Before You Die”

With the re-release of James Cameron’s Titanic this weekend, I got thinking about some of the best romance-themed films I’d ever seen. Though I usually prefer darker themed films, I do like a bit of the “triumph of love” in a film every once in a while. So here is a list of ten romance-themed films one should see before he or she dies (not necessarily the ten best, but just some of the greater ones (in alphabetical order)):

Amelie (2001): Amelie is a charming, stylish romantic comedy about a woman who decides to help people change their lives for the better. In the process, she discovers love for the first “real” time. This is a romance film unlike any I have ever seen, but would gladly watch multiple times. Amelie is a unique, memorable film experience that brims with visual flair and clever ideas—and comes with an amazing musical score.

Brokeback Mountain (2005): Bold and beautiful, Ang Lee’s Brokeback Mountain tells the story of two cowboys who unexpectedly fall in love while working together in the mountains. It then follows their relationship’s ups and downs (along with their separate lives) over the span of three decades. Haters should put their negativity aside and actually watch the movie, as this is an exceptionally well-crafted film that explores relationships both heterosexual and homosexual; it’s not just a “gay cowboy movie.” Heath Ledger and Jake Gyllenhaal are both terrific, and the scenery and music add to the film’s appeal.

Casablanca (1942): One of the best Hollywood films of all time, Casablanca is a must-see for any real film fan. It tells the story of Rick Blaine, an American living in Casablanca during WWII, who must make some serious decisions after his old flame Ilsa shows up. Will he help her and her husband escape from the Nazis, or join hands with her again? While the ending is sort-of anti-romantic, Michael Curtiz’s masterpiece is packed with passion, quotable lines, and fantastic performances that include two career-highlight performances from Humphrey Bogart and Ingrid Bergman. “Here’s looking at you, kid.”

Eternal Sunshine of the Spotless Mind (2004): Jim Carrey gives one of the best performances of his career in Eternal Sunshine of the Spotless Mind, and Kate Winslet is equally as good. The film explores how a man named Joel tries to literally erase the memories he has of his ex-girlfriend through an experimental procedure. Charlie Kaufman’s script is complex and off-the-wall, but that is part of what makes Mind so original and special. Told in a visually striking way, as well.

(500) Days of Summer (2009): My favorite romance to come out in the past few years is (500) Days of Summer. Summer traces the highs and lows (with various days) of a young man named Tom’s relationship with an unusual girl named Summer Finn. The movie is bittersweet in the end, but is pleasantly offbeat in its approach throughout. Funny, sad, and visually imaginative, Summer is an underrated romantic comedy featuring an outstanding performance from Joseph Gordon-Levitt.

Gone with the Wind (1939): Victor Fleming’s Civil War screen saga, Gone with the Wind, tells the famous romance of Rhett and Scarlett. Need I say more about the plot? Clark Gable and Vivien Leigh give unforgettable performances and share an even more unforgettable kiss. Wind is an epic, magnificent film that deserves its legendary status in cinema history.

The Notebook (2004): Ryan Gosling and Rachel McAdams shared some of the best on-screen chemistry of last decade with The Notebook.  It’s a sentimental, old-fashioned film which tells a typical boy-meets-girl tale. What holds it together is the strength of its two leads and storytelling savvy, along with some gorgeous cinematography. A great date movie.

Sunrise (1927): F.W. Murnau made the silent film Sunrise in 1927, but it remains powerful to this day. Sunrise tells the story of a man who must make come to terms with his life after a woman tries to convince him to murder his wife so that he and the outside female can be together.  Has it dated? Of course. But it is still poetic and entertaining in exploring “true love.”

Titanic (1997): Yes, the film that brought me to write this list is on it. The 1997 blockbuster tells the story of the ill-fated voyage of the ship, and also of a (fictional) romance that developed between two of the passengers–named Jack Dawson and Rose Bukater. This is arguably my favorite romance film of all time, and certainly my favorite on-screen couple, as Leonardo DiCaprio and Kate Winslet have chemistry to spare as Jack and Rose. The movie has received some backlash over the years. Its script is admittedly laughably bad at times (dialogue-wise), but I still think Titanic holds up as a cinematic masterpiece as a whole and doesn’t deserve most of the negative remarks it’s received. James Cameron has made a romance/epic for the ages — and I can’t wait to see it in 3D.

Wings of Desire (1987): Put City of Angels aside and watch the spellbinding German film it was based on instead. Wim Wender’s Wings of Desire is not your typical romantic film, showing how an angel comes to understand connection and love on Earth. This is a deep, thought-provoking romance with great performances and breathtaking black-and-white cinematography. Truly haunting and beautiful. 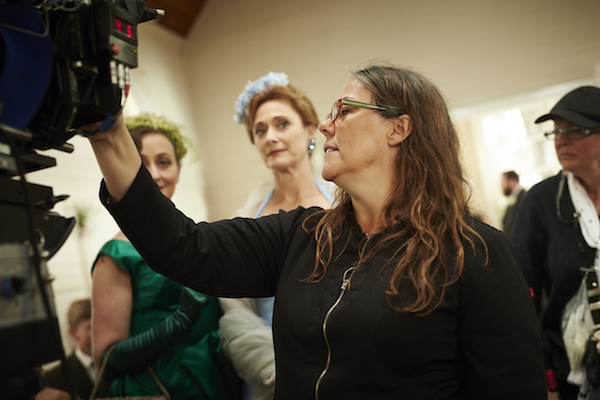 ‘Unforgiven’ With A Sewing Machine: Jocelyn Moorhouse on ‘The Dressmaker’
September 23, 2016

"10 Romance-Themed Films to See Before You Die" By Daniel Rester With the re-release of James Cameron’s Titanic this weekend, I got thinking about some of the best romance-themed films I’d ever seen. Though I usually prefer darker theme...
0
Average User Rating
0 votes
Please sign in to rate.