When people talk about the United States Army, it’s usually in high estimation. Not only is honor and integrity intrinsic to its reputation, but both world wars left a lasting impression about the American soldier. Whenever one walks toward you through the dense smoke of a battlefield’s aftermath, you know that freedom and justice prevailed. At least, that’s what we assume based on the symbolism we’ve been spoon-fed. Prisoners are treated with mercy, and even combat is seen as a sobering necessity rather than savage retaliation. However, according to the true World War II story of Corporal Robert Marson, the benevolence of the American soldier is a bunch of malarkey.

Director Robert David Port’s Recon is an adaptation of Richard Bausch’s novel “Peace,” which details Marson’s incredible tale of survival and introspection alongside three comrades. Early into his brigade’s trek through Cassino, Italy, Marson (Alexander Ludwig) and his men witness their sergeant (Tyler Hynes) murder an unarmed Italian woman. Her only crime is accompanying a Nazi soldier whose ambush is quickly thwarted. She poses no threat, nor is there any proof that she was with him of her own accord. All the sergeant sees in front of him is a symbol of fascist collusion; his ability to dehumanize in milliseconds offers no room for hesitation.

The sound of the killing shot and the innocent woman’s corpse lying on the road leave the men frozen, unable to voice their shock or dissent. For now, their stunned silence is its own form of complicity. Back at base, Marson’s closest friend Asch (Chris Brochu) wants to report Sergeant Reese to their commanding officer, Captain Rogers (a stern and dismissive Lochlyn Munro). Before the young men can clear their conscience, the captain rounds up Marson, Asch, and a few others for a new mission. Their orders are as follows: Marson and his team will travel up the mountainside to gather intel on German forces who’ve overtaken the nearby villages. The Nazis in the region are presumably planning a major strike with tanks and other heavy artillery. 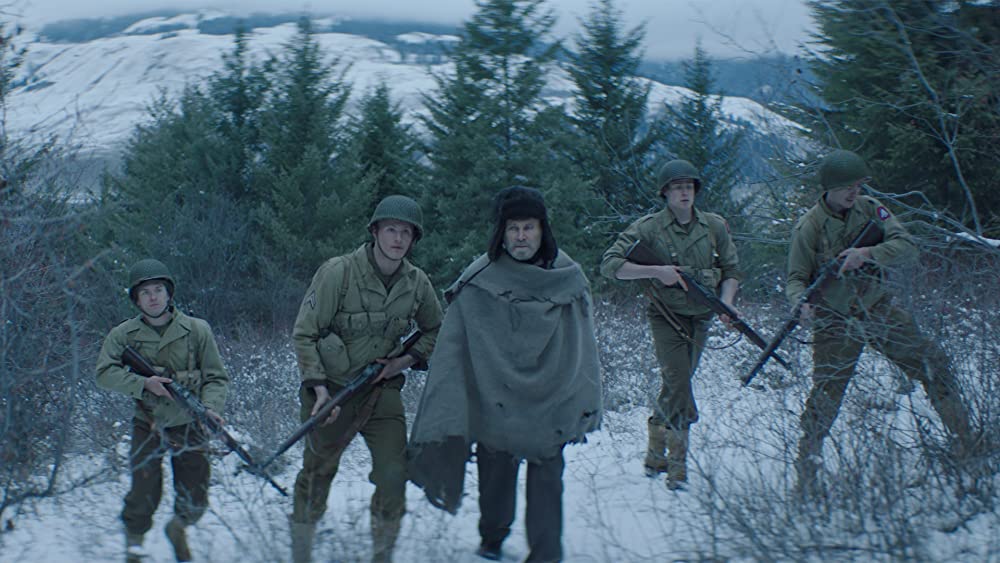 The reconnaissance expedition is a brutal one. Freezing temperatures, endless snow, and wild animals are just the tip of the iceberg. The young infantrymen also have to contend with a sniper and a local villager named Angelo (veteran character actor Franco Nero), who might be an Axis sympathizer. The latter serves as their guide until the unit can determine his true loyalties.

As Angelo, Nero betrays nothing in his eyes, but his English is too good to be an innocent bystander of war. He mainly aggravates the group’s skeptic hothead, Joyner (Sam Keeley), who transforms the most throughout this arduous operation. Keeley is a tremendous discovery, channeling weariness despite a fresh-faced appearance; his Joyner would rather bear the toll of sin than give fascism a leg-up. Over the past five years, the evils of conquest have hardened Joyner’s heart — he feels more entitled than ever to snuff out the world’s wickedness according to his moral discernment. 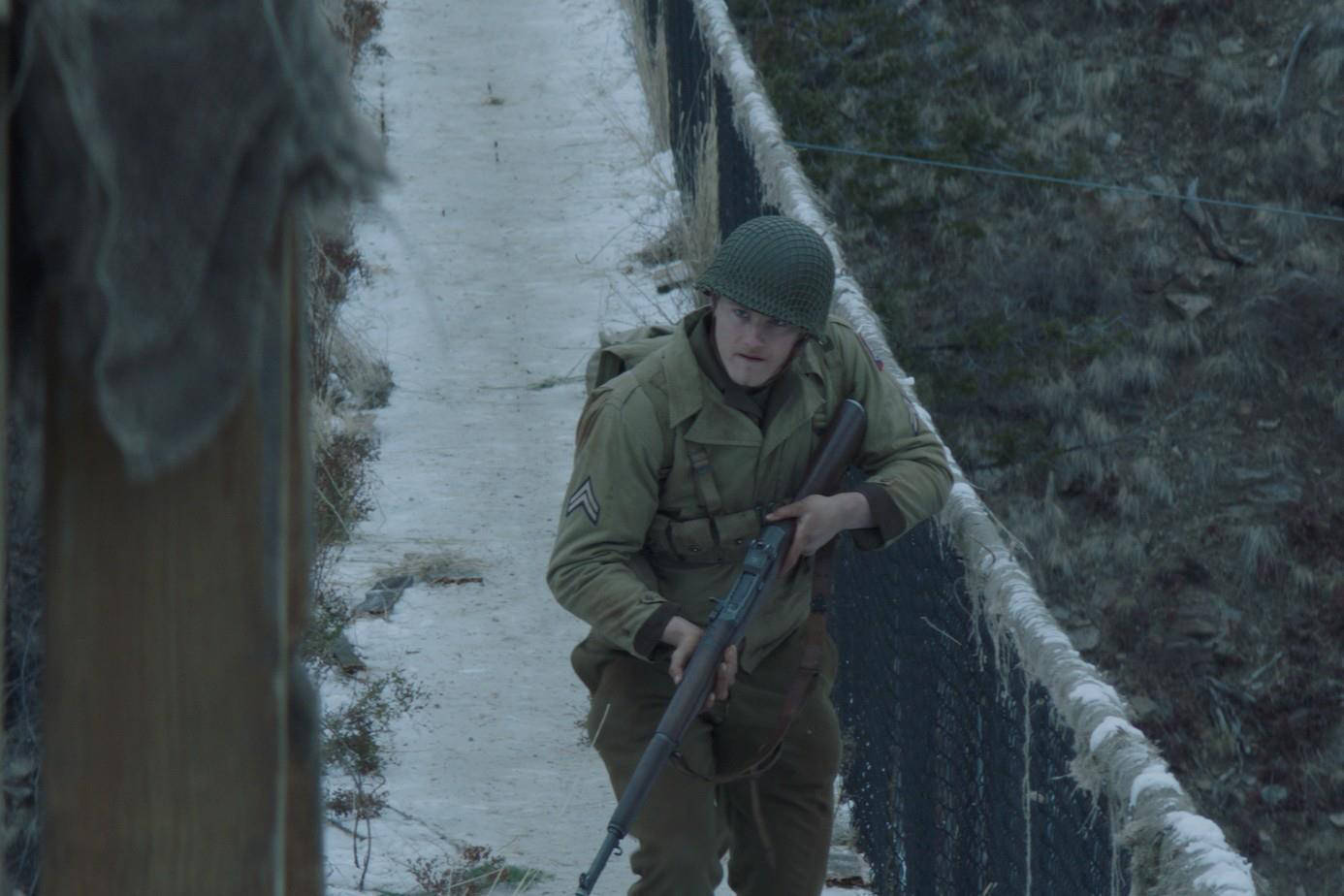 Meanwhile, Asch finds joy in playing devil’s advocate to Joyner’s puritanism. Played with wise-cracking wit by newcomer Chris Brochu, Asch is an incessant talker with strong principles. He refuses to move past the Sergeant’s unsanctioned killing, resolving to report it to the captain once the mission is complete. The company’s final member is Heisman (RJ Fetherstonhaugh), a spirited All-American recruit who takes pride in the cause. Despite their aggressive banter, which almost borders on toxicity, the team manages to win us over through sheer determination. The unforgiving conditions they brave while having a severe crisis of conscience is more than one human should endure, let alone four.

Alexander Ludwig continues to impress, with this emotionally taxing role his finest yet. He throws everything into recreating Marson’s inner turmoil and exterior frustration with the ongoing conflict. Consumed by rage over his own powerlessness, Marson’s breaking point transitions into cathartic self-reflection.

It’s just a shame his epic story is so cheaply woven together — much of Recon’s introspective voiceover moments are reduced to highlighted captions that carry as much finesse as a Microsoft PowerPoint presentation. Furthermore, wobbly footage rewinds and amateur slow-motion flashbacks diminish the impact Port strives for in showing the origins of PTSD. Port suggests it stems from soldiers who mentally replay events they can’t reverse. Shoddy execution aside, Recon manages to hit home a compelling lesson from the dregs of war: peace may be fleeting, but it is attainable if you take a moment to observe and listen to nature unburdened by strife. 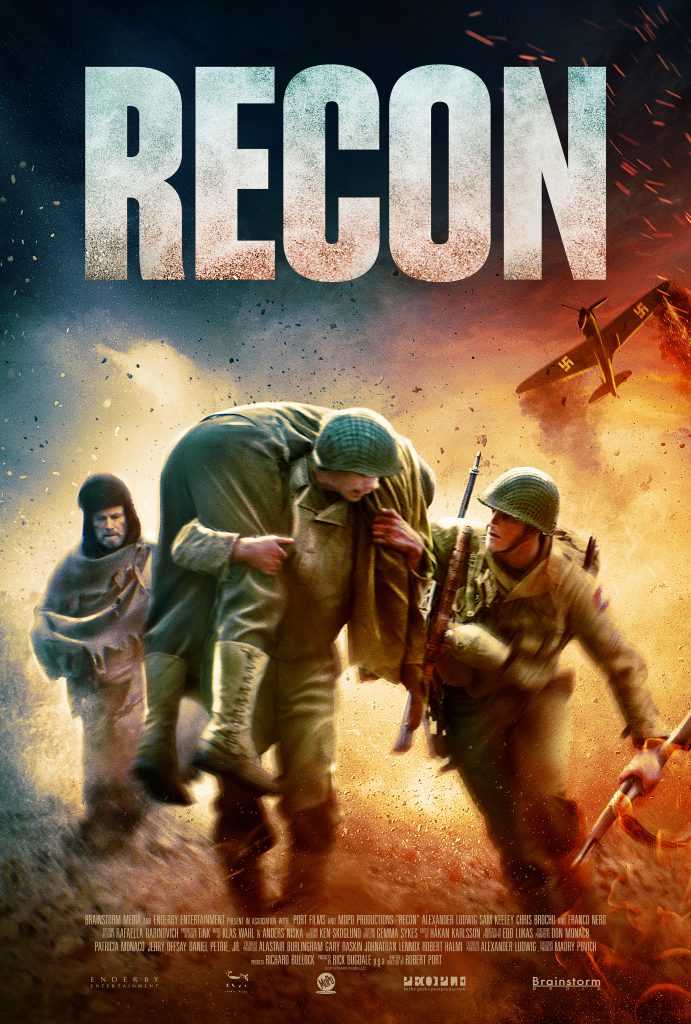 ‘Recon’ Review: Gathering Intelligence On The Evils of Men in Uniform