Greetings from The Underground!

It is no surprise that in today’s world, a pandemic of an infectious disease would show up more in horror films. While most of these films take a more man-eating zombie approach, a few decide to take a different route. The Sadness is one of these. Kat and Jim live together in Taiwan. There is a virus called “Alvin” that has just started to make the rounds. While many people believe it to be a hoax, and some take it more seriously, all are still going about their lives with little concern. The happy couple start their day as normal. Kat goes to work while Jim goes about his morning routine. The severity of the “Alvin” virus escalates quickly and Jim soon finds himself on the run from groups of people who have been turned into red-eyed, sadistic, homicidal maniacs. Meanwhile on a train, Kat has her own encounter with the violent infected. The two are in a fight for survival as they try to make their way back to each other while the city descends further into chaos. 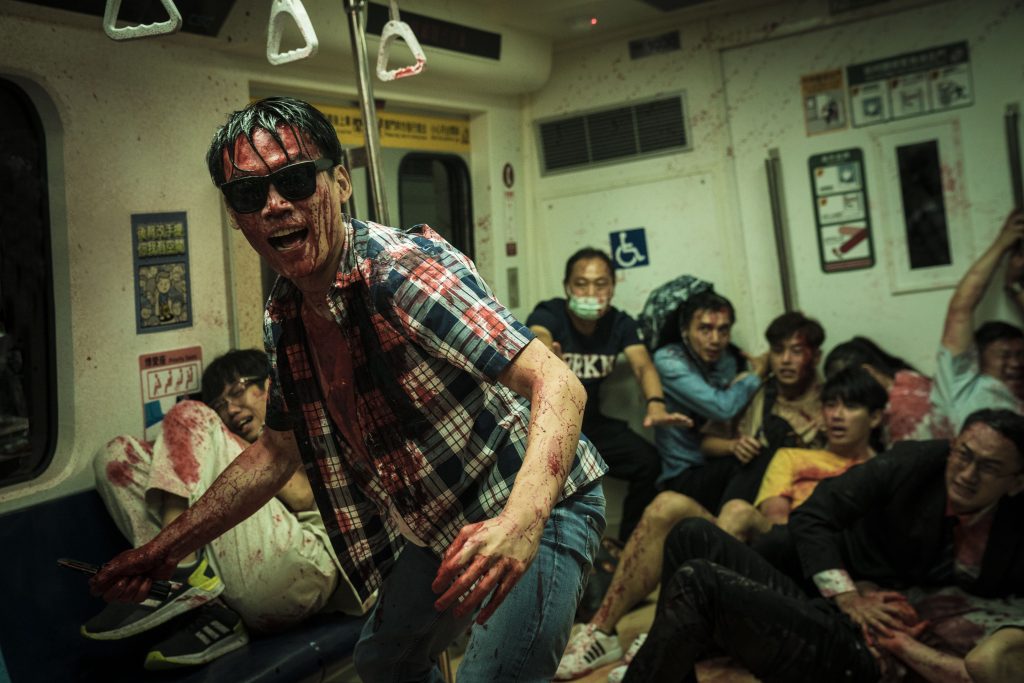 The Sadness is an amazingly effective, delightfully dark, completely gonzo horror extravaganza. Director Rob Jabbaz, who also wrote the film, uses the subject of a fictional pandemic to make a statement about the various public opinions on the current real-life pandemic, the mishandling of a crisis by the powers that be, and the dark side of human nature. There are also plenty of high octane, intense moments filled with an extreme amount of gore and violence. For the first fifteen minutes, we spend time with the happy couple. Regina Lei plays Kat and Berant Zhu plays Jim. These two felt like a real couple thanks to the performance of both and their on-screen chemistry. I enjoy the different journeys these characters take. Lei’s Kat is strong yet vulnerable. She is not self-centered and does what she can to help others while also running from a persistent, infected business man played to creepy perfection by Tzu-Chiang Wang. Zhu’s Jim also shows bravery, but he feels more careless in his actions than Kat. Watching these two change as the story moves along is fascinating. 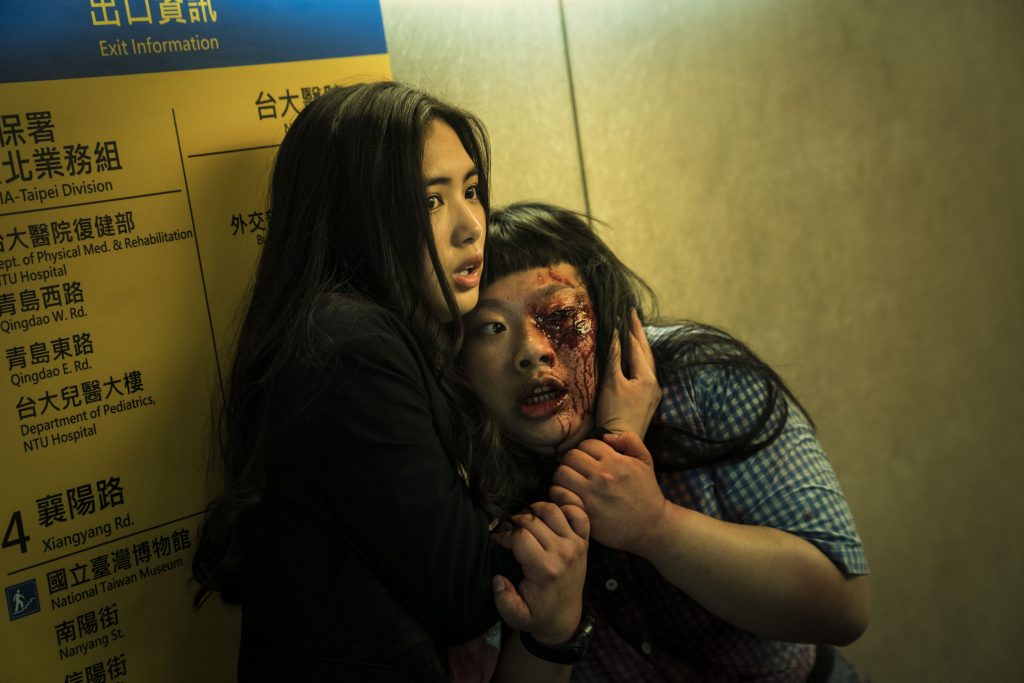 The action scenes in The Sadness are also fascinating. The extensive use of practical effects, combined with great cinematography and the overall high production value add to the effectiveness of the violence. I don’t know how they did some of the scenes in here. One shot involves someone throwing themselves off a balcony three stories up and landing on the pavement below. The camera never moves away from the scene making it even more shocking. Most of the gore effects are handled with a touch of seriousness, but there are also moments of camp, which I think were needed to help give the viewer a chuckle or at least a chance to take a breath before they are tossed back into the blood bath. The fact that the killers are not mindless monsters but instead just humans stripped of any morality or impulse control makes them far more frightening. The ineptitude of the organizations that many put their faith in to handle situations like this also adds to the fear, especially when there have been real-life examples over the past couple of years that lend reality to the scenario. 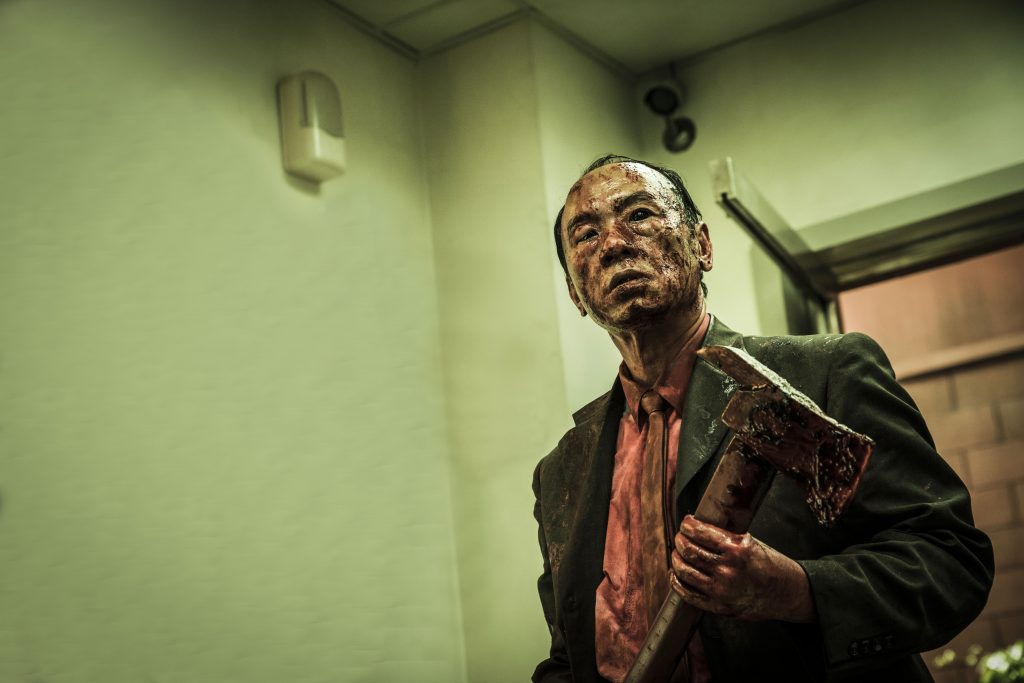 If you are a horror fan then a lot of the ground The Sadness covers is familiar territory. I found the second half of the film more predictable than the first half. That doesn’t take anything away from it, but it should be noted. I also wish the ending would have been just slightly different. It is amazing how adding one sound effect can change everything.  There is a sexual element that works its way into the story that I didn’t feel was needed but at the same time made sense within the context of the virus. 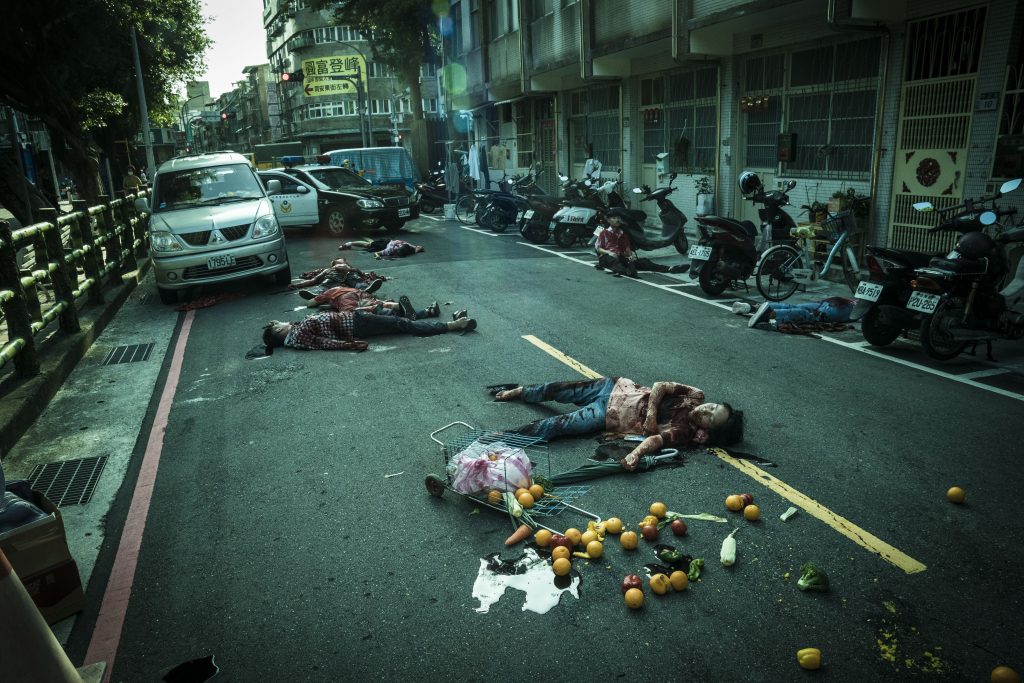 Small quibbles aside, I found The Sadness to be highly entertaining and one of my favorite horror films of the year. This film will definitely scratch that gore film itch many fans of the genre have been feeling the past few years. You can tell this is a love letter to the extremely violent Asian cinema of the 90s. Director Rob Jabbaz really comes out of the gate swinging with his first feature film and I am very excited to see what he does for his next project. 9 out of 10 stubs.

The Sadness is in select cinemas now. It comes out May 12th, 2022 on VOD, Itunes, Cineplex on Demand, Shaw VOD, Vimeo On Demand, and starts streaming on Shudder Canada. 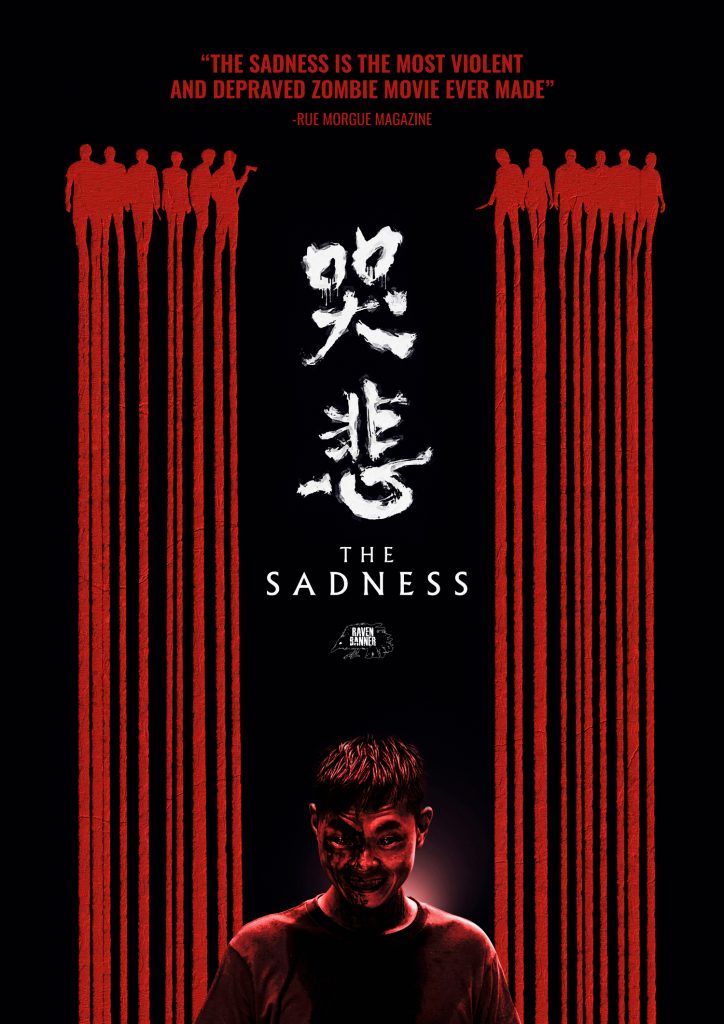 ‘The Sadness’ Review: Gory, Violent, and Dripping with Social Commentary

[embed]https://youtu.be/d9Pki52L7Ts[/embed] Greetings from The Underground! It is no surprise that in today’s world, a pandemic of an infectious disease would show up more in horror films. While most of these films take a more man-eat...
0
Average User Rating
0 votes
Please sign in to rate.
Film:Ku bei, The Sadness
Cast:Berant Zhu, Regina Lei, Ying-Ru Chen
Director(s):Rob Jabbaz
Writer(s):Rob Jabbaz
Genre:Horror
Studio(s):Raven Banner