In The Hate U Give, we follow the story of Starr Carter (Amandla Stenberg) as she tells us about her double life, living in the projects of Garden Heights and alternately in her white high school, Williamson. The film opens with her explaining the different Starrs that she has to be depending on the situation. One night, she heads to a party with her friend and ends up leaving with an old friend, Khalil. When they are pulled over by the police, Khalil is shot and killed. The rest of the film deals with her finding her voice and deciding whether or not to speak up at the risk of endangering her family. Throughout the rest of the film, we get to see Starr find her voice with the help of her father, Maverick (Russell Hornsby) and mother, Lisa (Regina Hall).

The Hate U Give is an incredible film. While tackling critical topics, it still manages to maintain a sense of humor throughout which balances the tension and intensity of the story. Amandla Stenberg gives her career best performance and finally found the role that could show how amazing of an actress she is. 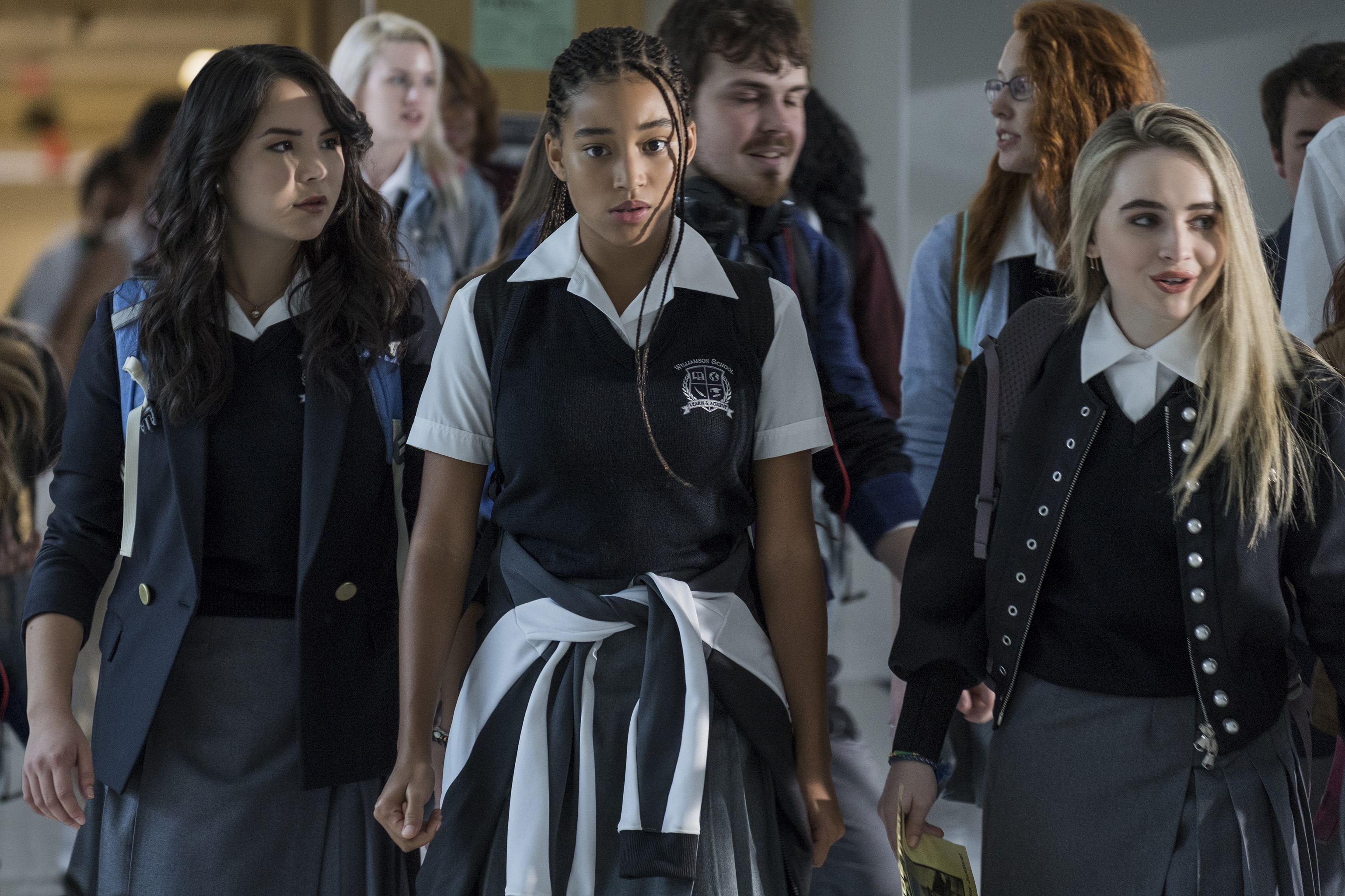 There are many scenes where she is just totally engrossing, but there is one in particular. She addresses her white friend about Khalil dying, and when the friend says some comments, Starr loses it and makes her friend feel a fraction of the fear she felt the day that Khalil was killed. The whole scene leaves you speechless. Russell Hornsby gives a stirring performance as Maverick. His character is so multifaceted, and he plays each of those parts so well. His former years as a gang member show just as much as his desire to be a family man and take care of his family first and foremost.

The film addresses so many issues in a way that is fresh. The writing is some of the most poignant writing this year. In any part of the film, there are pieces of dialogue that cut to your heart or speak with a freshness and honesty that is hard to find elsewhere in studio films. There’s a scene where Starr talks to her friend and addresses how she is racist by her actions and words, and it is laid out there so plainly but with such power as well. The simplest things in the film hit with such a punch because of the combination of excellent writing and performances.

George Tillman Jr. has created something unforgettable. Everything in the film works together seamlessly to create a movie that is both entertaining and relevant. A film like this has a chance to influence change and reach audiences on a level not previously done.